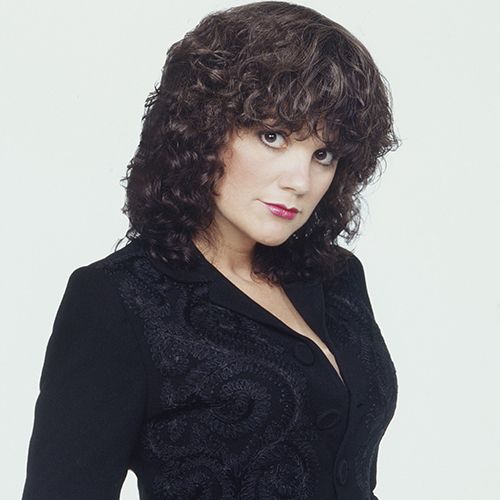 Who Is Linda Ronstadt?

Born in Arizona in 1946, Linda Ronstadt began performing with the Stone Poneys in the 1960s before finding success as a solo artist. Her breakout 1974 album, Heart Like a Wheel, earned her the first of 12 Grammy Awards. The singer was celebrated for her ability to adapt to a diverse range of styles, delivering albums that featured country, rock, jazz and Spanish-language classics. In 2013, Ronstadt revealed that she could no longer sing because of the effects of Parkinson's disease. She also published her memoir Simple Dreams that year.

Singer Linda Ronstadt was born on July 15, 1946, in Tucson, Arizona, and grew up surrounded by music. One of Ronstadt's early musical influences was the Mexican songs her father taught her and her siblings. Her mother played the ukulele and her father played the guitar. Following in her father's footsteps, she learned to play guitar and performed with her brother and sister as a trio.

While a student at Catalina High School, Ronstadt met local folk musician Bob Kimmel. A few years her senior, Kimmel moved to Los Angeles to pursue his music career, and tried to convince Ronstadt to do the same. She stayed put and enrolled at the University of Arizona in Tucson, but soon left school to join Kimmel in L.A.

Ronstadt and Kimmel teamed up with Kenny Edwards to form the Stone Poneys, and the folk trio released their first album in 1967. The group enjoyed modest success with their second album, Evergreen Vol. 2, which was also released in 1967. However, their only hit was "Different Drum," which was written by Michael Nesmith of the Monkees.

By the end of the 1960s, Ronstadt had become a solo act. She put out several albums with a series of backing bands, one of them the nucleus of the group that would become the Eagles. Her early efforts were not particularly successful, though she earned a Grammy Award nomination in 1971 for the ballad "Long, Long Time."

Following a stronger reception for her 1973 album Don't Cry Now, Ronstadt finally hit it big with Heart Like a Wheel (1974). In addition to the hits "You're No Good" and "When Will I Be Loved," the album featured a cover of Hank Williams's "I Can't Help It (If I'm Still in Love with You)," which earned the singer the first of her 12 Grammy Awards. Don't Cry Now would eventually be certified double platinum.

In 1975, Ronstadt delivered a highly successful follow-up with Prisoner in Disguise. The recording featured the Neil Young cover "Love Is a Rose" and her take on the Smokey Robinson classic "The Tracks of My Tears." With 1976's Hasten Down the Wind, her third straight album to top 1 million in sales, Ronstadt took on the Buddy Holly classic "That'll Be the Day" and "Crazy" by Willie Nelson. That year, her Greatest Hits also hit stores; although it drew criticism for being released so early in her career, the album generated enormous sales.

Simple Dreams (1977) featured the Roy Orbison-penned "Blue Bayou," which became a major hit, along with her popular covers of Buddy Holly's "It's So Easy," Warren Zevon's "Poor Poor Pitiful Me," and The Rolling Stones' "Tumbing Dice." Showing no signs of slowing down, Ronstadt again topped the charts with Living in the USA (1978), which featured her version of Smokey Robinson's "Ooh Baby Baby," and followed with the successful Mad Love (1980). Also in 1980, Ronstadt made the move to Broadway to star in the operetta Pirates of Penzance, for which she earned a Tony Award nomination.R 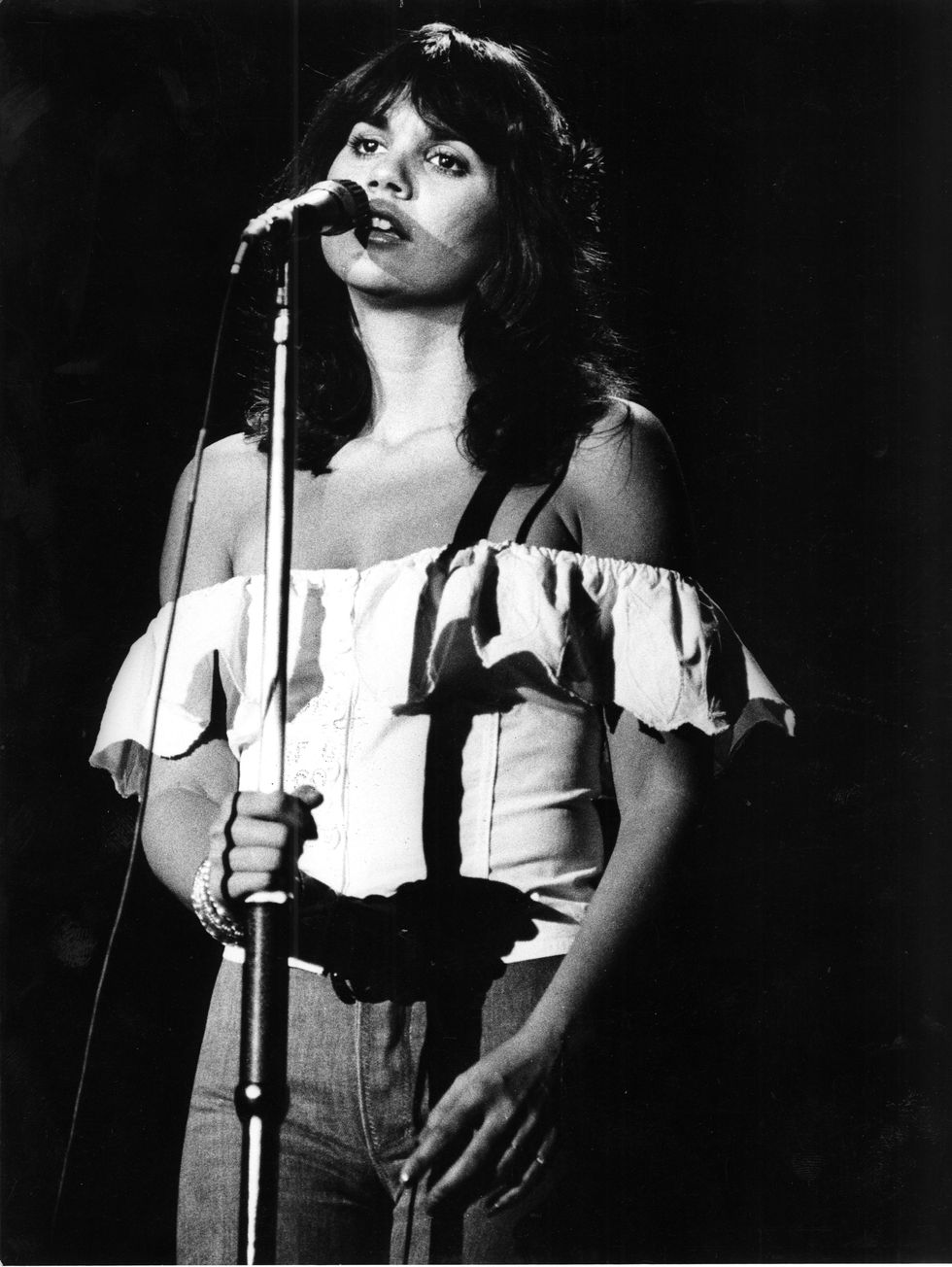 In the 1980s, Ronstadt tried her hand at jazz and pop standards. She worked with famed arranger Nelson Riddle, with whom she put out the albums What's New (1983), Lush Life (1984) and For Sentimental Reasons (1986). In 1987 she collaborated with Dolly Parton and Emmylou Harris on the album Trio, which garnered four huge country hits, including "To Know Him Is to Love Him" and a remake of Phil Spector's 1958 hit track "The Teddy Bears." The album catapulted to the top of the Country charts for five weeks, was nominated for numerous music awards, and won a Grammy Award for Best Country Performance by a Duo or Group with Vocal.

That same year Ronstadt also explored her Hispanic heritage by recording a Spanish-language album, Canciones de Mi Padre (1987), which was filled with traditional Mexican songs like the ones her father loved. She earned an Emmy Award in 1989 for her performance of a stage show by the same name, and that year also released the multi-platinum album Cry Like a Rainstorm, Howl Like the Wind (1989), which featured the hit duet "Don't Know Much" with Aaron Neville.

Ronstadt followed with two more Spanish-language albums, Mas Canciones (1991) and Frenesí (1992), and continued to experiment with different musical styles. On Dedicated to the One I Love (1996), she sang a collection of pop and rock favorites as children's lullabies, and on Adieu False Heart (2006), she collaborated with Ann Savoy to take on Cajun music.

In August 2013, Ronstadt revealed the reason she had been absent from the music scene in recent years: She had been diagnosed with Parkinson's disease, which prevented her from singing. "I couldn’t sing and I couldn’t figure out why," Ronstadt explained to aarp.org. "I think I’ve had it for seven or eight years already, because of the symptoms that I’ve had. Then I had a shoulder operation, so I thought that’s why my hands were trembling."

That fall, Ronstadt delved into other aspects of her life in her autobiography, Simple Dreams. The book follows her journey to becoming a music legend, but it does not touch on her illness. Despite the physical challenges presented by Parkinson's, Ronstadt went out on a book tour to promote her memoir. The book provides readers with an inside look at her youth in Arizona, her early days in the L.A. music scene and her life as a pop star in the 1970s and 1980s. The book would become a New York Times Bestseller.

In September 2019, the documentary Linda Ronstadt: The Sound of My Voice was released. With interviews from Dolly Parton, Emmylou Harris, Bonnie Raitt and Jackson Browne, the documentary chronicles Ronstadt's early life and career.

In April 2014, Ronstadt was honored for her iconic career with an induction into the Rock & Roll Hall of Fame. Although her health left her unable to attend the ceremony, she did make it to the White House in July, where she received the National Medal of Arts from President Barack Obama. That year, longtime fans also enjoyed the release of Duets, an album featuring some of her most popular collaborations.

In December 2019, Ronstadt was among the recipients of the Kennedy Center Honors, where Carrie Underwood and Trisha Yearwood paid tribute by performing some of the honoree's greatest hits.

Following Adieu False Heart, Ronstadt focused more energy on her personal life and her family, including her adopted children, Mary Clementine and Carlos. For many years, she lived in her hometown of Tucson with her kids. She now lives in San Francisco. Despite relationships with former California governor Jerry Brown and filmmaker George Lucas, Ronstadt never married. She told The New York Times that "I'm very bad at compromise, and there's a lot of compromise in marriage."