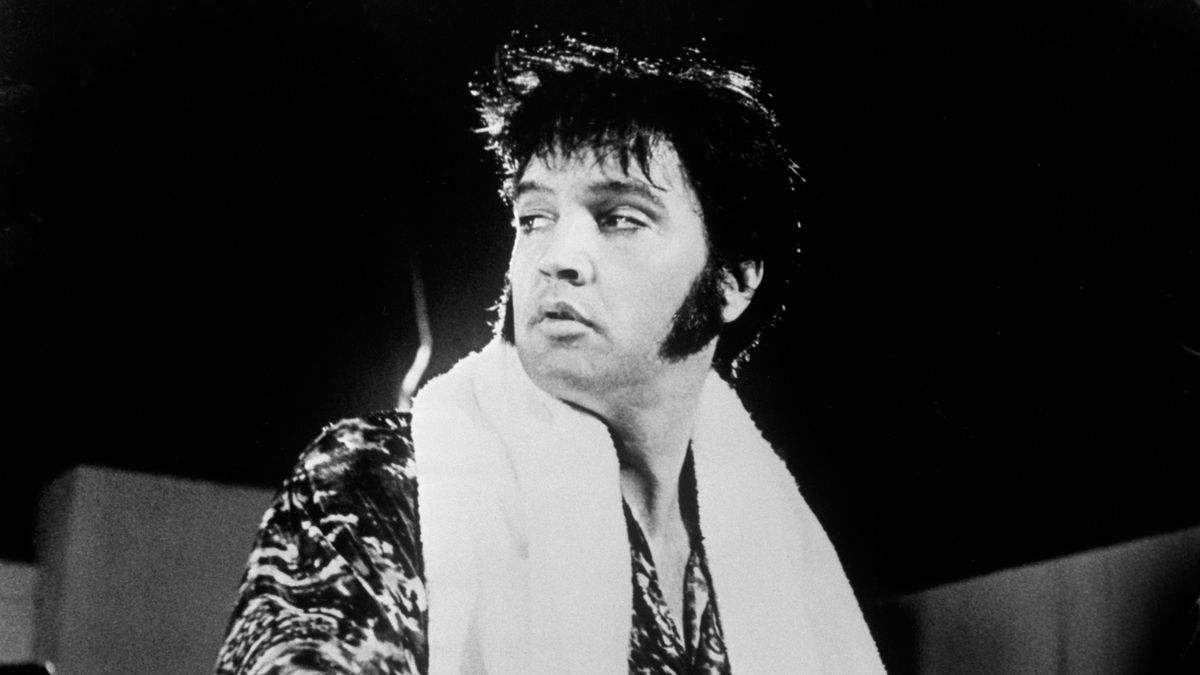 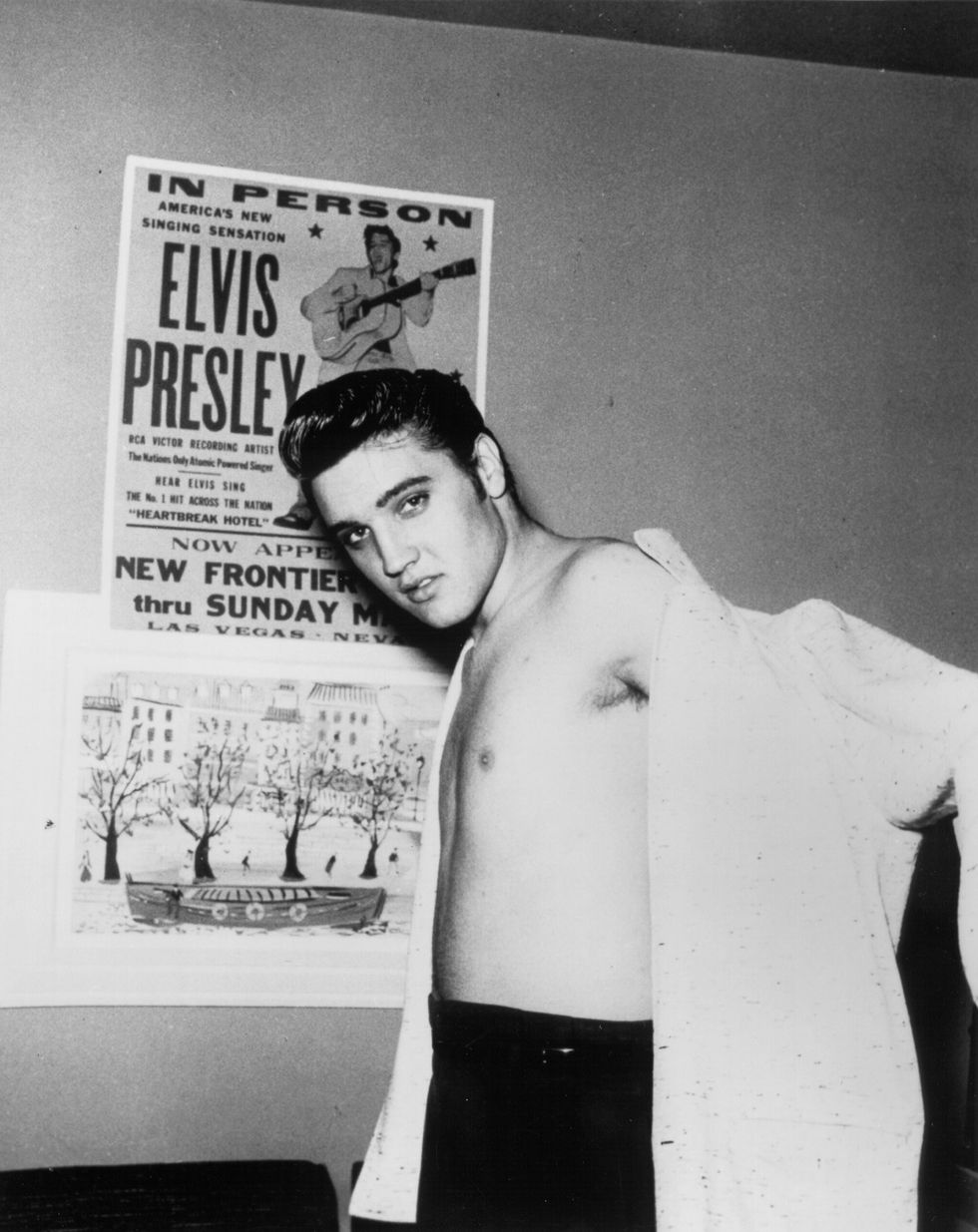 Elvis in front of a concert poster with his shirt half on at the New Frontier Hotel on April 23, 1956, in Las Vegas, Nevada.; Getty Images / Michael Ochs Archives / Stringer

On April 23, 1956, Elvis Presley made his Las Vegas debut as the closing act of a show at the New Frontier hotel and casino.

Billed as "The Atomic Powered Singer," the rising star had just delivered his first national No. 1 single, "Heartbreak Hotel," and was coming off a series of tours that had whizzed him through crowds of fawning, frenzied teenagers in the South and Midwest.

Taking the stage with guitarist Scotty Moore, bassist Bill Black and drummer D.J. Fontana, Elvis strutted and gyrated his way through his recent hit and three other songs. He received the equivalent of crickets chirping from a stone-faced audience.

Things would eventually get better for the King in Vegas. But at that moment, it was a stark reminder that the world at large was still adjusting to his transformative presence.

The Connection Between Elvis and Las Vegas

For two weeks, Elvis struggled to win over an older, sophisticated audience that was far more used to the big band stylings of fellow New Frontier act Freddy Martin and His Orchestra. Critics in attendance were similarly unimpressed, with Newsweek likening his appearance to "a jug of corn liquor at a champagne party."

Yet, the Vegas experience wasn't entirely bad for the impressionable crooner. For one, he came away with the idea for a new single after hearing Freddie Bell and the Bellboys perform their version of "Hound Dog" at the Sands hotel.

Furthermore, he reveled in the festive atmosphere of this playground in the desert, from the fun and games of the local amusement park to the musical acts on display on any given night and the attention doled out by flirtatious showgirls. "Man, I really like Vegas," he told the Memphis Press-Scimitar upon returning home, according to Peter Guralnick's book Last Train to Memphis. "I'm going back there the first chance I get."

Sure enough, Elvis resurfaced in Sin City that fall, just before his first feature film, Heartbreak Hotel, was released. He returned many times over the years, usually for the opportunity to recharge his batteries after a multi-city tour or intensive Hollywood film shoot. 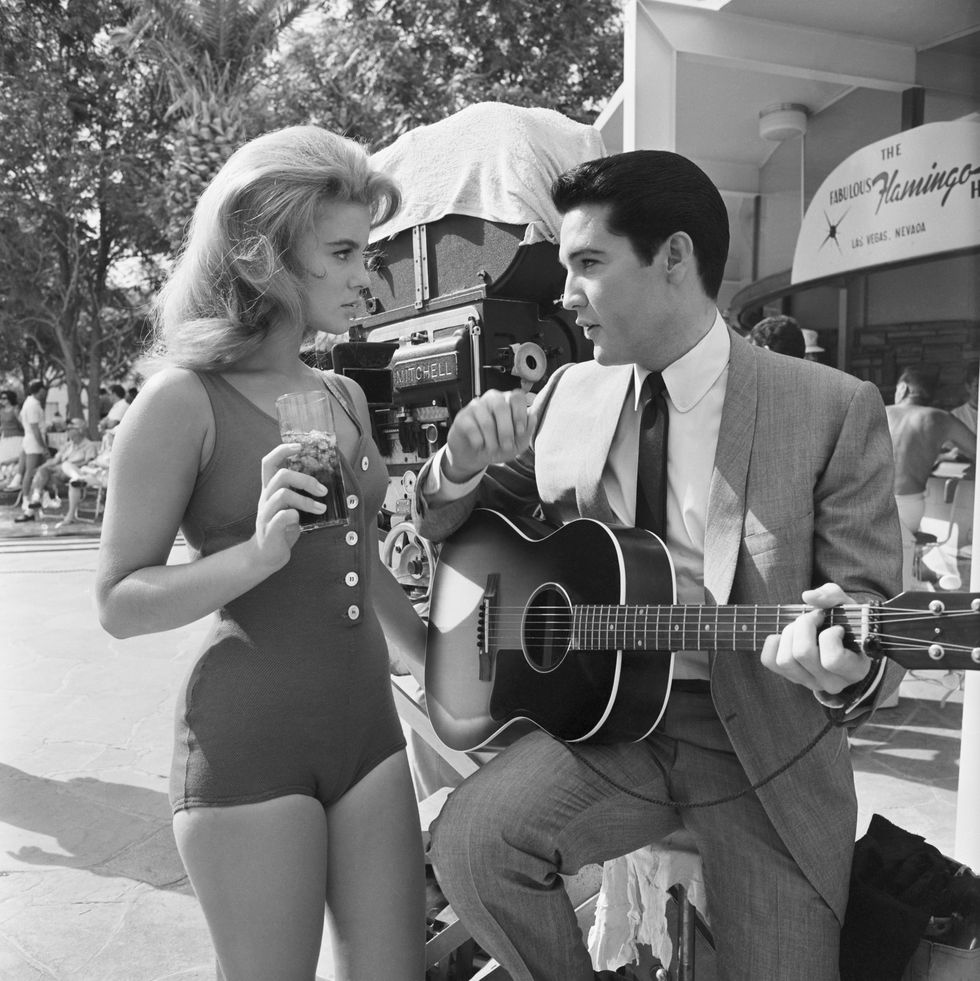 Ann-Margret and Elvis Presley rehearse the duet they are to sing in the film 'Viva Las Vegas' (1964).; Getty Images / Bettmann / Contributor

In 1963, Hollywood followed Elvis to his favorite getaway for the production of his 15th film, Viva Las Vegas. With its leading man energized by the locale and his on- and offscreen chemistry with co-star Ann-Margret, Viva Las Vegas became a highlight of the King's checkered screen career.

Seemingly inspired by the film's wedding scene, Elvis returned to Vegas for his real-life marriage to fiancée Priscilla Beaulieu at the Aladdin Hotel on May 1, 1967.

Did Elvis Have a Residency in Las Vegas? 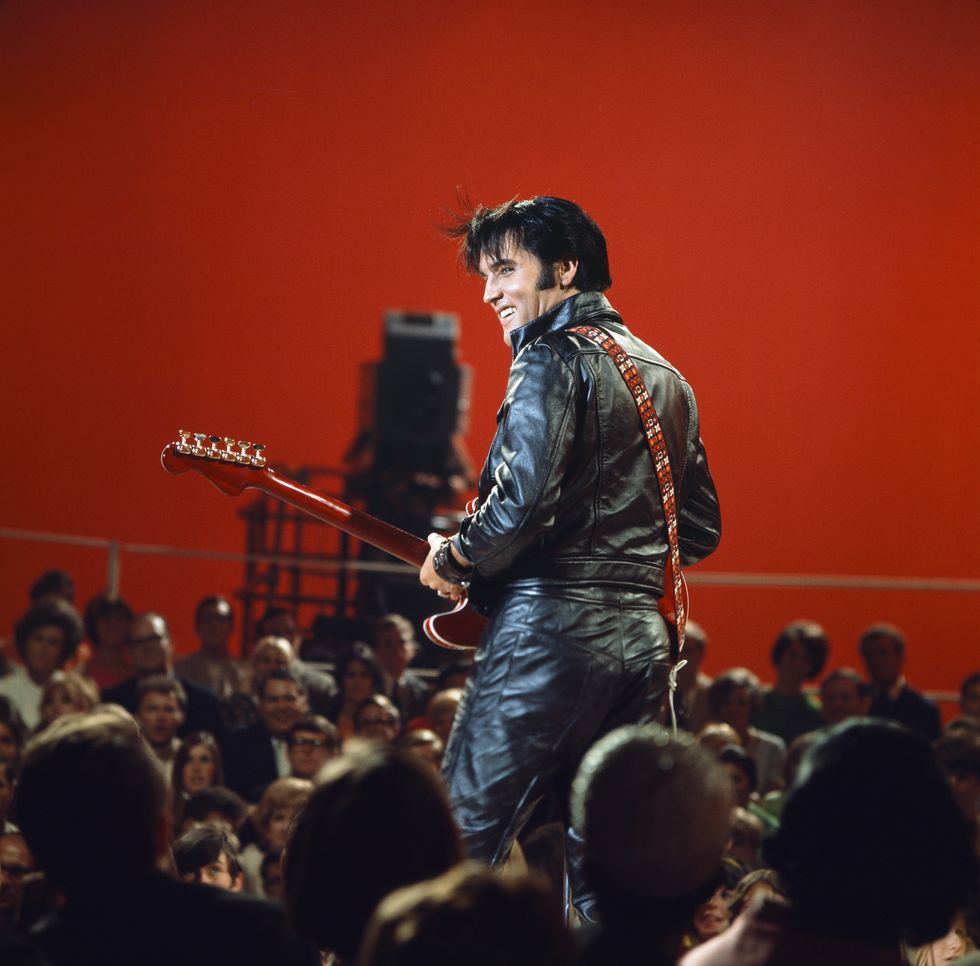 By the mid-1960s, the King's professional career was floundering. Movies like Clambake (1967) were being roasted by critics, and the innovative music of the Beatles, the Rolling Stones and other counterculture favorites made the '50s rocker an afterthought on the charts.

Elvis's December '68 "Comeback Special" went a long way toward halting the downward momentum. But it was his return to the Vegas spotlight that propelled Presley's career into its third and final successful act.

Visibly nervous as his four-week engagement at the International Hotel kicked off on July 31, 1969, Elvis quickly found his groove as he launched into classics like "Blue Suede Shoes" and "All Shook Up." Unlike the muted response that welcomed his debut in Vegas 13 years earlier, he had the star-studded audience eating out of his hand this time. He punctuated his high-energy, 75-minute performance with karate kicks and off-the-cuff stage patter.

Critics were swept up in the frenzy as well: "Elvis got a constant, roaring approval from his fans who all but threw themselves into the aisles and out of the balcony as the Pelvis sang his many rock 'n' roll hits while fiercely, almost savagely turning himself outside in," read one review from the Las Vegas Sun.

Even before the end of Elvis's stay, which drew a record 101,500 patrons over the four weeks, his manager, Colonel Tom Parker, and the International Hotel president negotiated a handshake deal to have the singer return for twice-per-year engagements over the next five years. 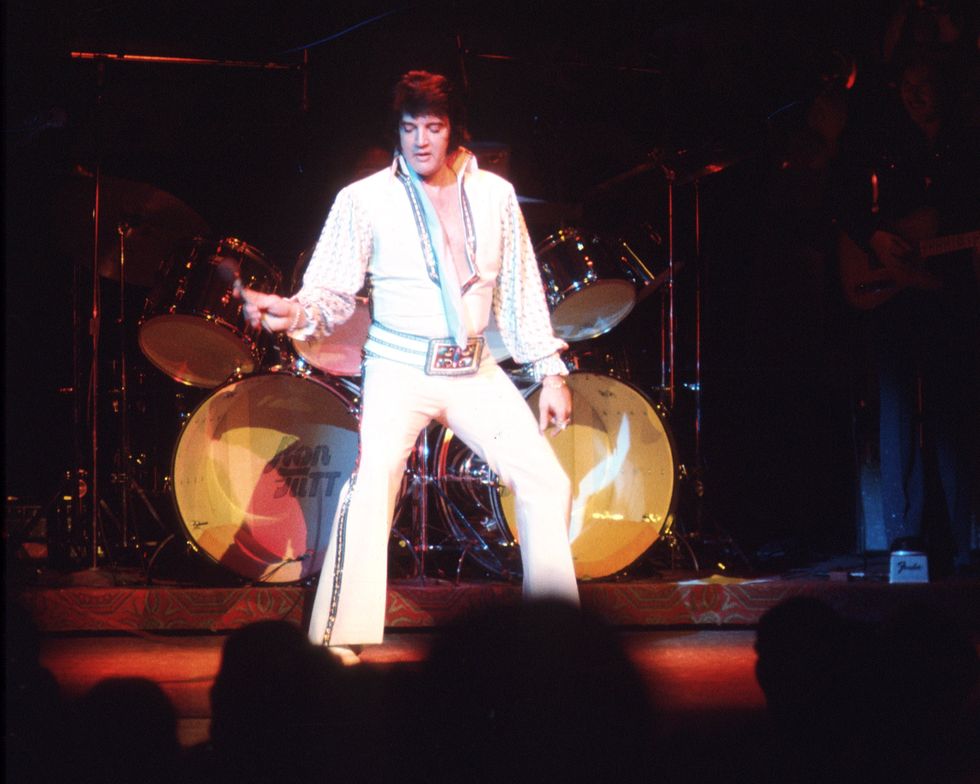 Elvis dutifully revisited the hotel–rebranded as the Las Vegas Hilton–for his two-shows-per-night residency into the mid-1970s, enjoying his home away from home in the 5,000-square-foot "Elvis Suite" on the 30th floor.

The performance magic dimmed as the novelty of the experience wore off for the star, who was also dealing with diminishing health and a deteriorating marriage. Still, die-hard fans continued flocking to the city to see their hero, with every one of his estimated 636 performances at the venue reported to be a sellout.

When Was Elvis's Last Performance in Las Vegas?

Yet that was hardly the end of his presence in Vegas. In 1977, the Graceland Wedding Chapel held its first Elvis-themed ceremony, launching a thriving (though seriously threatened) industry. The city regularly hosts Elvis impersonators in some form, from the professional tribute shows to the part-time enthusiasts who pack the annual Elvis convention. The King's legend endures through the boulevard that bears his name and the statue that stands in the lobby of his old hotel.

In death, as he did in life, the King lords over the city that initially rebuffed his style but has since remade itself in his timeless image.