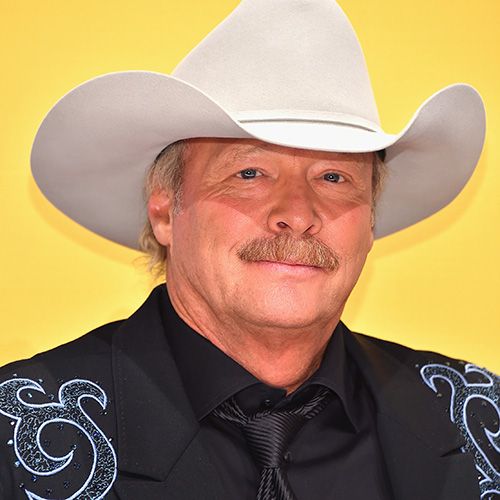 Who Is Alan Jackson?

Alan Jackson is a country singer and songwriter who built his career around a "traditional country" musical style. He is best known for songs such as "Chattahoochee" and "Where Were You (When The World Stopped Turning)," which he wrote following the September 11th terrorist attacks. Jackson has recorded 16 studio albums and three greatest hits albums, as well as two Christmas albums and a pair of gospel music albums. Over the course of his career, he has received two Grammy Awards and 16 CMA Awards.

Jackson was born on October 17, 1958, in Newnan, Georgia. His father, Joseph, was a mechanic at the Ford Motor Company assembly plant and his mother, Ruth, was a dietician and school cafeteria manager. Jackson grew up in rural Georgia and lived with his parents and four older sisters in a house built around his grandfather's old toolshed. Shortly after marrying his high school sweetheart, Denise, in 1979, Jackson moved to Nashville, Tennessee to pursue a career in music.

After a long series of rejections, he finally landed a recording deal with Arista Records. The tremendous success of his debut album, Here in the Real World (1990), marked Jackson's arrival among a group of country artists including Randy Travis, Clint Black, Travis Tritt, Garth Brooks and Vince Gill that represented a new brand of traditionalism in country music and the end of the synthesized pop-country trend of the 1980s.

An accomplished songwriter, Jackson wrote much of his first album, which remained on the U.S. country charts for more than a year. His next two albums, Don't Rock the Jukebox (1991) and A Lot About Livin' (and a Little 'Bout Love) (1992) were even bigger hits, spawning five No. 1 singles each. Notable among these hits were "Love's Got a Hold on You," "Midnight in Montgomery" (Jackson's tribute to the legendary country star Hank Williams), and "Chattahoochee." With the 1994 release of his fifth album, Who I Am, Jackson's record sales reached a total of over 10 million.

Throughout the course of his career, Jackson has been honored with over 45 awards from organizations like the Academy of Country Music (ACM) and the Country Music Association (CMA). He released his Greatest Hits album in 1995 and won eight major awards, including CMA Entertainer of the Year. Later albums included High Mileage (1998), Under the Influence (1999) and When Somebody Loves You (2000).

Jackson's "Where Were You (When the World Stopped Turning)," a song commemorating those lost in the September 11th terror attacks, earned him his first Grammy Award for Best Country Song. He received four CMA Awards that year, tying with Johnny Cash for the most CMA wins in a year. His 2006 gospel album, Precious Memories, was originally recorded as a gift to his mother. Some of Jackson's later albums include What I Do (2004), Good Time (2008) and Angels and Alcohol (2015).

In 1998, USA Today broke the news that he and his wife Denise had separated. However, they reconciled later that year and renewed their wedding vows on the 19th anniversary of their marriage. The couple has three daughters, Mattie, Alexandra and Dani.