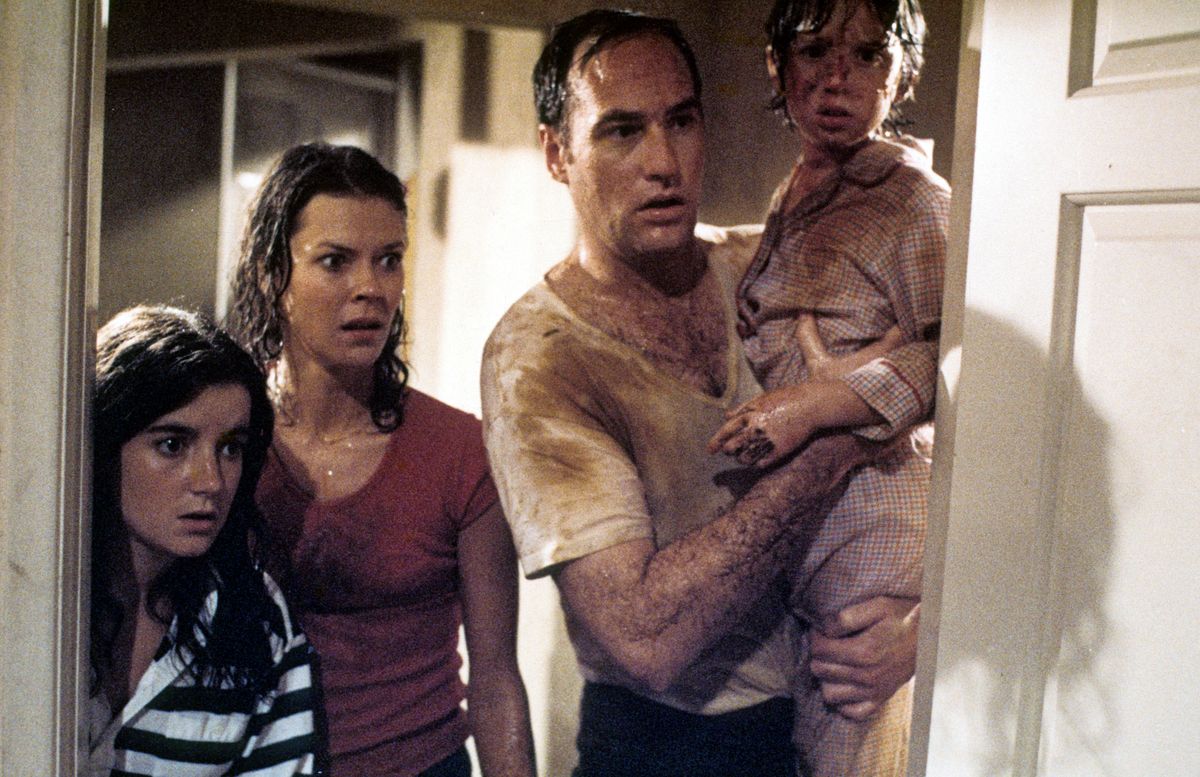 When you mix a daughter who communicates with spirits living inside a TV set, a backyard that becomes a swimming pool of muddy skeletons, a wolf-beast-demon that lives in a closet and Steven Spielberg's genius — you get the perfect formula for blockbuster scariness.

Released in 1982, the original Poltergeist, directed by Tobe Hooper and produced by Spielberg, was an instant success and is considered to be a masterpiece of American horror cinema. The film focuses on the Freelings, a middle-class family (led by a youthful, dashing Craig T. Nelson) whose life is upturned when a number of paranormal and vicious events occur in their California home and their daughter Carol Anne is abducted through her bedroom closet by a group of ghosts who are under the control of a monster demon called the “Beast.”

After learning that their house sits atop a Native American burial ground, the Freelings spend their time attempting to retrieve Carol Anne and all the while stay sane as they get smacked around, terrorized and ultimately, “goobered” on in the bathtub.

With Poltergeist's success came a creepy mystique that the classic film is shrouded in real-life tragedies that some interpret as a curse.

The majority of the fuel for the alleged curse stems from the deaths of multiple cast members. In total, four cast members died during and soon after the filming of the series. Two of these tragic deaths were highly unexpected and puzzling, leading many fans to speculate on the trilogy’s eerie implications. 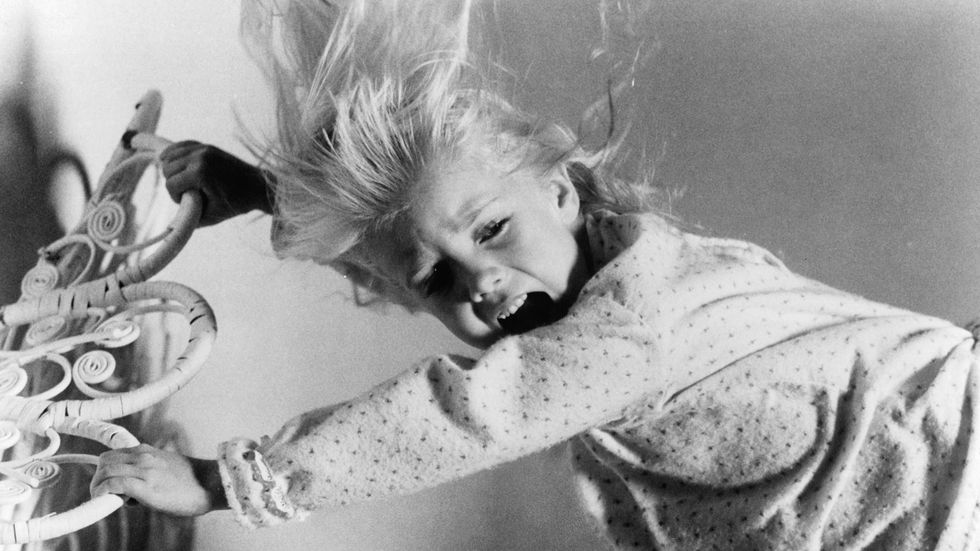 Heather O'Rourke in a scene from the film 'Poltergeist', 1982.; Photo: MGM Studios/Getty Images

Carol Anne Freeling, the young focal point of the series, was played by Heather O’Rourke. Only six years old when the first Poltergeist film was released, O’Rourke captivated audiences with her stark blond hair, doll-like appearance, and big, inquisitive eyes. Sadly, however, she was misdiagnosed with Crohn’s Disease in 1987. The following year, O’Rourke fell ill again, and her symptoms were casually attributed to the flu. A day later, she collapsed and suffered a cardiac arrest. After being airlifted to a children’s hospital in San Diego, O’Rourke died during an operation to correct a bowel obstruction, and it was later believed that she had been suffering from a congenital intestinal abnormality.

Dominique Dunne, who played the original older sister Dana Freeling, met an equally tragic and unforeseen fate. In 1982, Dunne separated from her partner, John Sweeney. In November of that year, he showed up at Dunne’s house, pleading for her to take him back. When she refused, Sweeney grabbed Dunne’s neck, choked her until she was unconscious, and left her to die in her Hollywood home’s driveway. Sweeney was sentenced to six and a half years in prison but was released after three years and seven months.

Julian Beck and Will Sampson

The other two cast member deaths, while unfortunate, were not as unpredictable or mysterious. The evil preacher Kane from Poltergeist II was played by Julian Beck. In 1983, Beck had been diagnosed with stomach cancer, which took his life soon after he finished work on the second installment of the series. The same film was met with further tragedy, after Will Sampson, who played Taylor the Native American shaman, died after undergoing a heart-lung transplant, which had a very slim survival rate.

Other strange things happened on set

Cast deaths were not the only agents of the curse’s proliferation, as other peculiar and creepy legends surround the film franchise. JoBeth Williams, who played mom Diane Freeling in the first two films, claimed that director Spielberg insisted on using actual human skeletons as props in an attempt to save money (at the time, they were cheaper than plastic skeletons). Williams’ claim has never been verified, but it persists to this day in the lore surrounding the films’ curse.

Finally, in an effort to further creep out everyone involved, Sampson, the real-life medicine man who passed away due to circumstances mentioned above, performed an authentic exorcism after shooting wrapped up one night. One can only imagine how this made the other cast members feel.