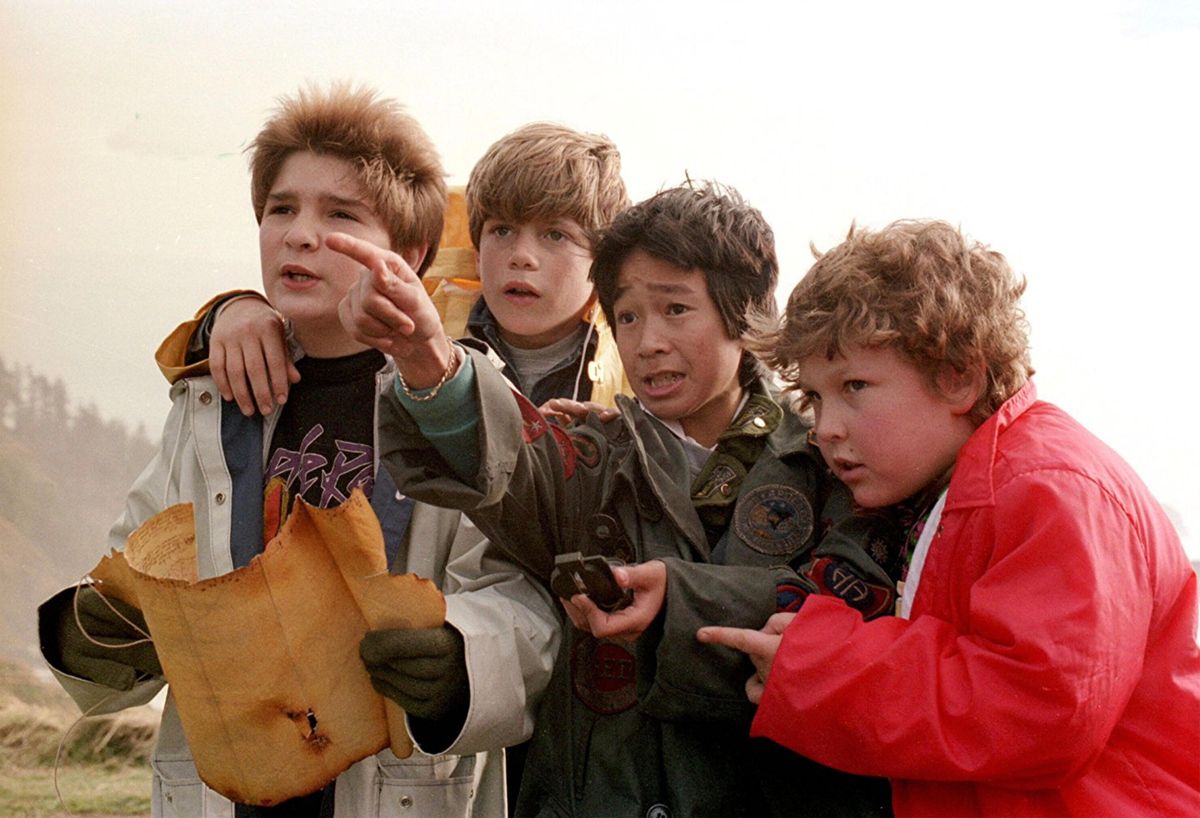 The Goonies was Hollywood's seventh-biggest box-office hit of 1985, but the cult- classic film's legacy transcends its financial numbers, nabbing the No. 13 spot on Rolling Stone's 25 greatest movies of the 1980s, and the No. 81 position in a Time Out list of the 100 best films of all time. Indeed, the tale of a gang of friends on the hunt for One-Eyed Willy's treasure not only endures as a reminder of a seemingly bygone era of movie-making, it also stirs up old feelings for those who haven't quite forgotten what it was like to be an adventurous adolescent.

Here's what the ragtag crew from Oregon's Goon Docks is up to these days: 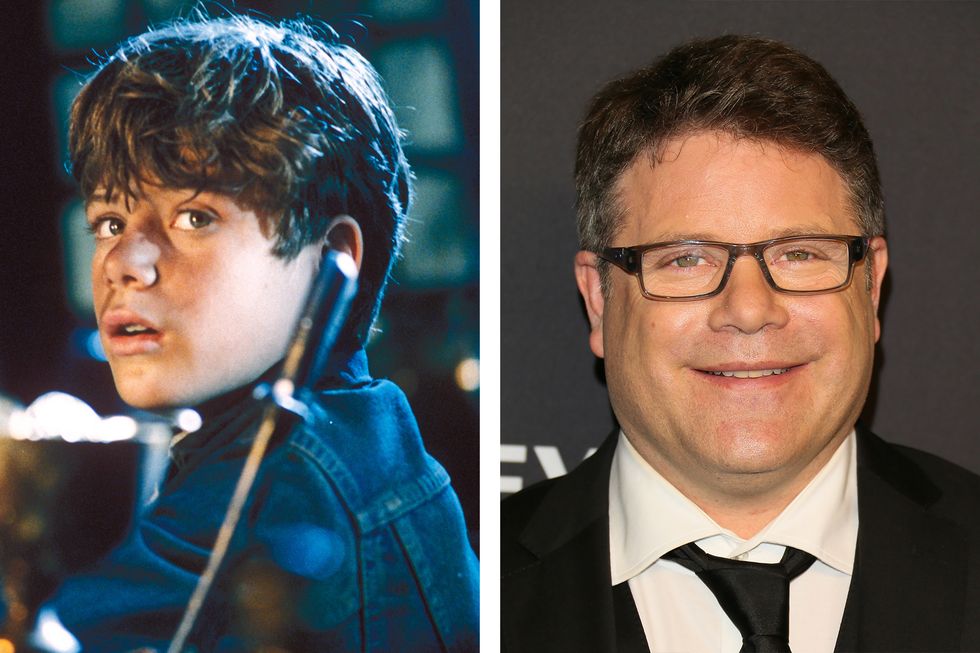 Sean Astin as Mikey in ’The Goonies’; Astin in 2018
Photo: Alamy; JB Lacroix/WireImage

The son of Oscar-winning actress Patty Duke, Sean Astin set his own impressive screen career in motion with his film debut as the lead of the Goonies. He went on to star in the action-thriller Toy Solders (1991) and as the ultimate football underdog in Rudy (1993), before finding his sidekick niche with the role of Samwise Gamgee in The Lord of the Rings trilogy in the early 2000s. Along with his subsequent directing and voice-over work, and his appearances in series such as Stranger Things, Astin has competed in numerous marathons and promoted fitness through his #RUN3rd Twitter campaign.

Another offspring of Hollywood royalty — dad James Brolin appeared in Pee-wee's Big Adventure the same year as The Goonies — Josh Brolin showed his future leading man chops with his performance as protective big brother Brand. But the ascent to A-list status was not an immediate one, as the actor turned to day trading in 2002 to supplement his income. It wasn't until 2007-08, when he stood out in high-profile features like No Country for Old Men, W. and Milk, that Brolin became a big-time bankable star. He followed with headlining roles in Oldboy (2013), Inherent Vice (2014) and Sicario (2015), though his intimidating glower left him best suited for villainous roles in comic-book-inspired blockbusters like Avengers: Infinity War (2017) and Deadpool 2 (2018) and Avengers: End Game (2019).

Already an industry veteran by the time he played the troublemaking, Spanish-speaking Mouth, Corey Feldman became one of the top child stars of the era with his wisecracking characters in Stand By Me (1986), The Lost Boys (1987) and License to Drive (1988). But the transition to adulthood proved turbulent, as Feldman was arrested for heroin possession in 1990 and struggled to get his career back on track. He eventually went the reality show route with The Surreal Life in 2003, and four years later, he joined fellow troubled former child star Corey Haim for The Two Coreys. After Haim's death in 2010, Feldman sought to highlight what he claimed was an epidemic of child sexual abuse in Hollywood with his 2013 memoir, Coreyography, and his 2020 documentary, (My) Truth: The Rape of 2 Coreys.

READ MORE: Stand By Me Cast: Where Are They Now?

Following his turn as the scene-stealing, truffle-shuffling Chunk, Jeff Cohen appeared in the TV movie Ask Max (1986) and series like Family Ties. But he soon left his acting career behind to focus on academics and, after graduating from the UCLA School of Law, he went into entertainment law, co-founding Cohen Gardner LLP in 2002. While no longer eligible for showbiz awards like an Oscar, Cohen earned industry acclaim with his mention in Variety's Dealmakers Impact Report. He later contributed to publications like The Huffington Post and Backstage, and authored The Dealmaker’s Ten Commandments: Ten Essential Tools for Business Forged in the Trenches of Hollywood in 2015.

Most who watched The Goonies in theaters recognized the precocious, gadget-wielding Data from his recent performance as Short Round in Indiana Jones and the Temple of Doom (1984). After appearing in later seasons of Head of the Class and 1992's Encino Man, Jonathan Ke Quan disappeared from American screens. He went on to reinvent himself as a stunt coordinator for films like X-Men (2000) and Jet Li's The One (2001), before attempting an acting comeback two decades later with projects like Finding Ohana.

Kerri Green followed her big-screen debut as the cheerleader Andy in The Goonies with roles in Summer Rental (1985) and the acclaimed Lucas (1986), seemingly setting the stage for a substantial film career. But stardom wasn't meant to be for the New Jersey native, who made scattered appearances in shows like Mad About You and Murder, She Wrote after attending Vassar College. Green kept her foot in the industry by forming the Independent Women Artists production company, and she later directed the teen pregnancy film Bellyfruit, featuring a young Michael Peña, in 1999. Green has since largely remained out of the public eye, save for her role in the 2012 film Complacent and her appearance with Astin at the 2017 New Jersey Horror Con and Film Festival.

Already busy as a model and actor by the time she was cast as Andy's BFF and Mouth's chief antagonist, Martha Plimpton continued drawing attention with follow-up films such as The Mosquito Coast (1986) and Running on Empty (1988). She also appeared in several indie flicks through the 1990s and cemented her reputation as a serious actress with performances in Hobson's Choice and Coast of Utopia the following decade. Plimpton has also enjoyed success on the small screen, from her starring roles in the sitcoms Raising Hope and The Real O'Neals to her 2012 guest Emmy win for The Good Wife, and has advocated for reproductive rights as a co-founder of the nonprofit organization A is For.

Beneath the deformed features and mounds of makeup that went into the creation of Sloth stood the 6-foot, 8-inch John Matuszak. A former top NFL draft pick, Matuszak won two Super Bowls as a defensive lineman with the Oakland Raiders, along the way appearing in the popular football flick North Dallas Forty (1979). A full-time turn to acting saw him rack up credits in films like The Ice Pirates (1984) and One Crazy Summer (1986), and he followed with his autobiography, Cruisin' with the Tooz, in 1987. Sadly, The Goonies' fan-favorite died in 1989 from a prescription drug overdose.

A longtime stage actress, Anne Ramsey began finding steady work in television and film in the 1970s. However, it was her performance as the tough-as-nails villain Mama Fratelli that sparked a late-career renaissance, leading to an Academy Award-nominated role as the overbearing matriarch of Throw Momma from the Train (1987). Ramsey succumbed to throat cancer in 1988, but the recent acclaim had made her a sought-after actress to the very end, as underscored by her appearances in Doctor Hackenstein, Scrooged and Homer and Eddie, which were released in the months after her death.

The part of Jake Fratelli was just one in a string of tough-guy roles for Robert Davi, who played drug lord Frank Sanchez in the 1989 James Bond film License to Kill and later appeared in Predator 2 (1990), Showgirls (1995) and The Iceman (2012). He also featured prominently in the late 1990s crime drama Profiler and, in an unsurprising move to anyone who listened to him sing throughout The Goonies, released an album of Frank Sinatra standards in 2011. Davi has also hosted a podcast and been involved with the Heart of a Child Foundation and the Humane Society of the United States, but he never strays too far from his screen roots, as illustrated by his performance as famed gangster Vito Genovese in 2019's Mob Town.

The other half of the scary but comically inept Fratelli brothers, Joe Pantoliano has carved out an impressive career as one of Hollywood's most recognizable character actors. He followed The Goonies with appearances in Midnight Run (1988), The Fugitive (1993) and Bad Boys (1995), before closing out the decade with the blockbuster The Matrix (1999), and nabbing an Emmy in 2003 for his performance as Ralphie Cifaretto in The Sopranos. Along with returning to his popular cop buddy franchise with Bad Boys For Life in 2020, "Joey Pants" has sought to erase the stigma surrounding mental illness through the publication of two revealing memoirs and the founding of a nonprofit, No Kidding? Me Too!!