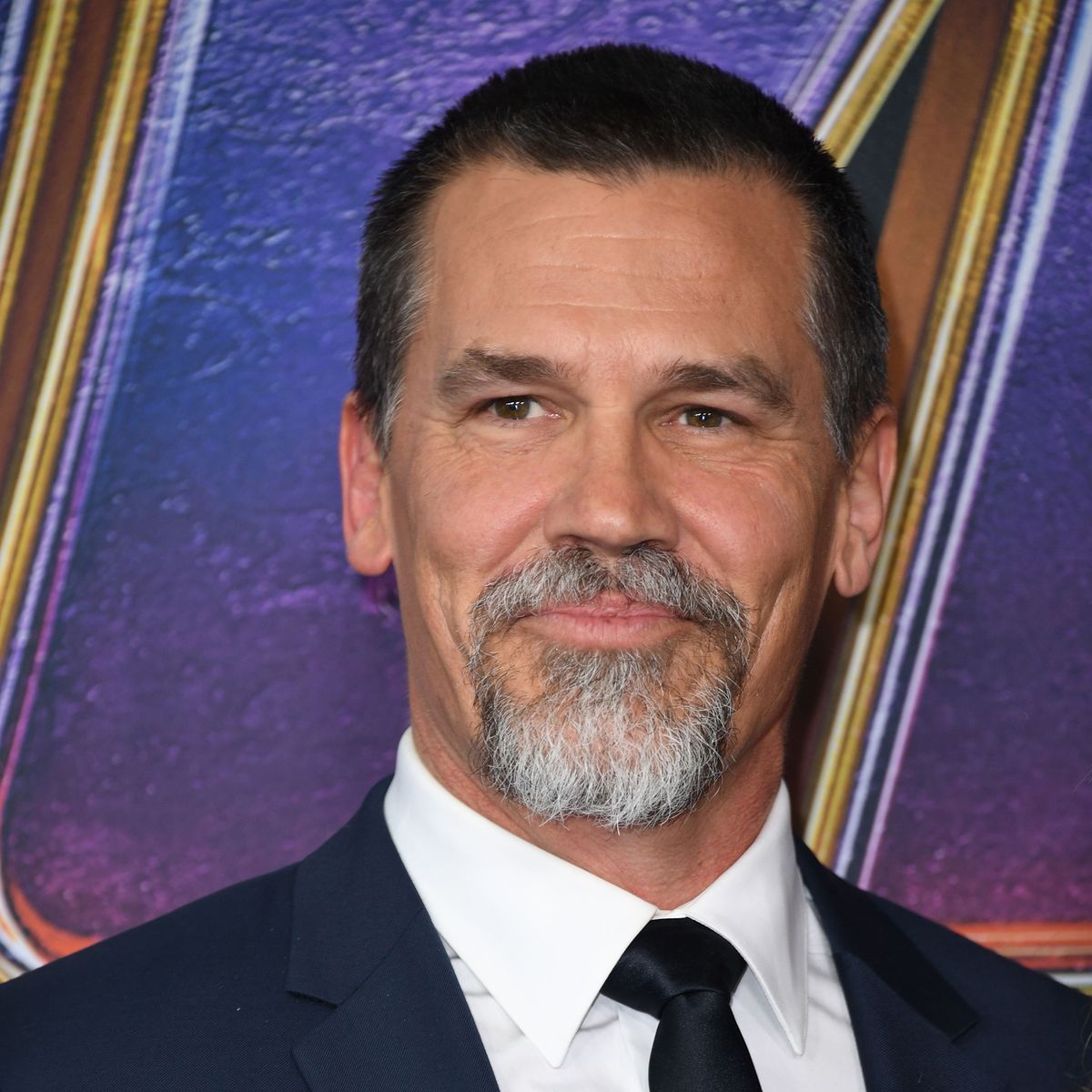 Who Is Josh Brolin?

Josh Brolin was born on February 12, 1968, in Los Angeles. He made his film debut in The Goonies (1985), and in 1987 he made his foray into series TV in Private Eye. He starred in another series, The Young Riders, which premiered in 1989, but Brolin didn't find his career breakthrough until 1996, with his turn in the film Flirting With Disaster. He has since made a real name for himself on the big screen through roles in films like W., No Country for Old Men and Milk, for which the actor received his first Oscar nomination. 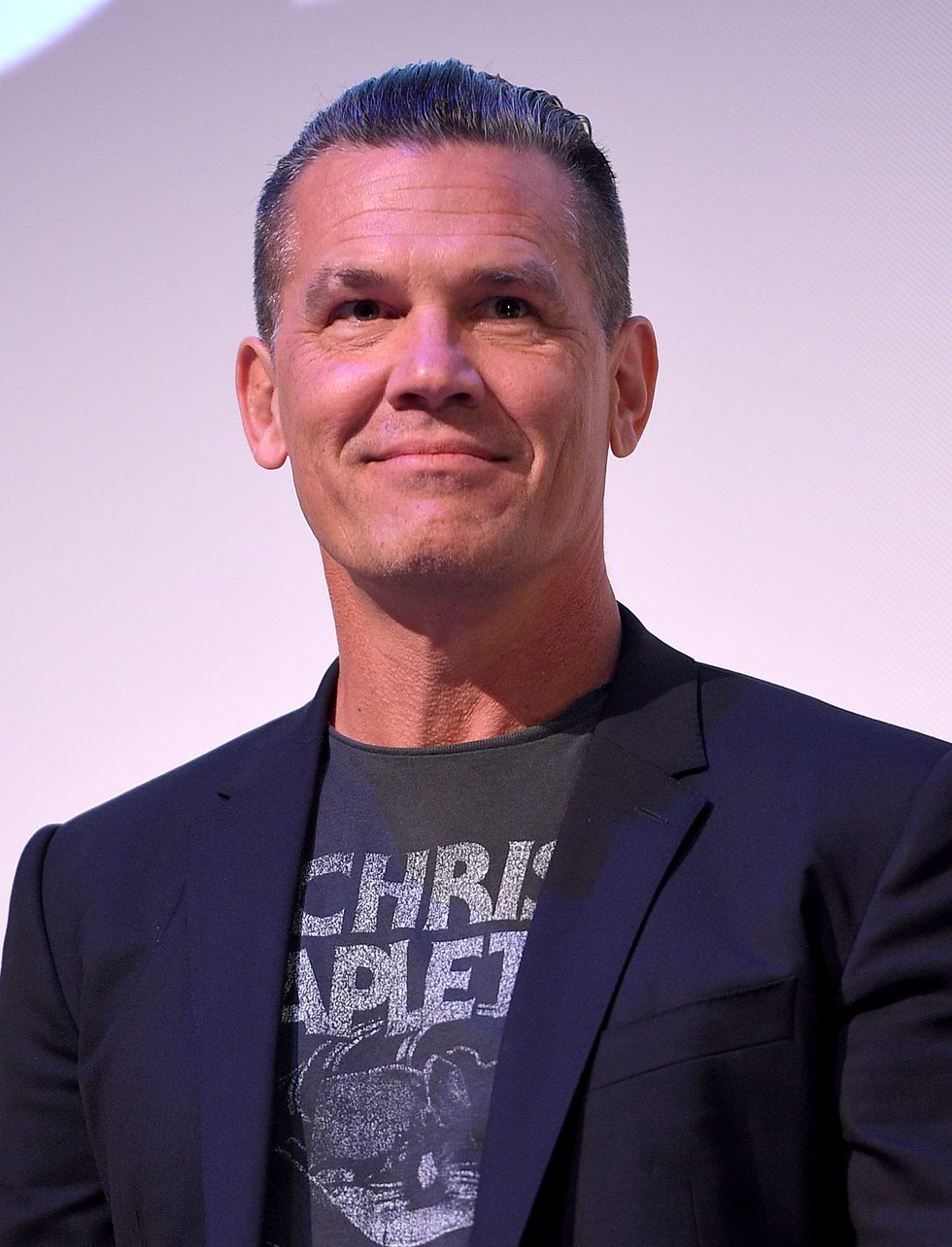 Josh Brolin takes part in a Q&A; following the ’The Legacy of a Whitetail Deer Hunter ’ premiere during the 2018 SXSW Conference and Festivals at the ZACH Theatre on March 10, 2018 in Austin, Texas.
(Photo: Michael Loccisano_Getty Images)

Born on February 12, 1968, in Los Angeles, Josh Brolin is the son of actor James Brolin and wildlife activist Jane Cameron Agee. He grew up in Paso Robles, California, and his parents divorced in the early 1980s, forcing Brolin to split his time between their two households.

Brolin's mother died in a car accident in 1995 that occurred on his 27th birthday, with the actor later recounting the severity of his grief and some of the difficulties of their relationship. Three years later, his father married again, this time to famed singer and actress Barbra Streisand.

In high school, Brolin discovered his passion for acting. He made his film debut in The Goonies (1985), a family-oriented adventure flick. In addition to Brolin, the cast also featured other young up-and-coming performers, such as Sean Astin, Corey Feldman and Martha Plimpton.

While his first film was a hit, grossing more than $60 million at the box office (and later achieving cult status), Brolin's second one, the skateboard action movie Thrashin' (1986), left him wondering about his future in the business. "I remember at the premiere of my second movie I started crying. I thought, I'm so bad that I either have to stop this and do something else or learn what I'm doing," Brolin later told Interview magazine.

In 1987 Brolin made his first foray into series television. He co-starred opposite Michael Woods in the short-lived historical crime drama Private Eye.

Brolin next starred in the western television series The Young Riders, which premiered in 1989. The show, co-directed by Brolin's father, explored the lives of a group of riders with the Pony Express. It featured young versions of such famous western figures as "Wild Bill" Hickok (played by Brolin) and Buffalo Bill Cody (played by Stephen Baldwin). The show went off the air in 1992.

Brolin had a career breakthrough in 1996 with his turn as a gay cop in David O. Russell's comedy Flirting With Disaster. He soon appeared with Mira Sorvino in Guillermo del Toro's sci-fi horror film Mimic (1997) and with Ewan McGregor in the creepy morgue thriller Nightwatch (1998). But despite working steadily for years, box office success continued to elude the actor.

In 2003 Brolin starred in his own television series, the political drama Mister Sterling. He played the son of a former California governor who is selected to fill a vacancy in the U.S. Senate. Unfortunately for Brolin, the series was canceled after two months on the air. He went on to land a small role in Woody Allen's Melinda and Melinda (2004) as well as more substantial television parts, such as a leading role in 2005's Murder Book.

'In the Valley of Elah,' 'American Gangster'

Brolin's profile started to rise in 2007. Working with director Roberto Rodriguez, he had a small role in the "Planet Terror" segment of the horror film Grindhouse (2007). Brolin also appeared in the Iraq War drama In the Valley of Elah (2007), which starred Tommy Lee Jones as a father investigating the death of his soldier son. His role as a corrupt detective in American Gangster (2007) became another important part for Brolin.

'No Country for Old Men'

Moving from supporting player to lead actor, Brolin co-starred with Jones and Javier Bardem in No Country for Old Men (2007). He was thrilled for the opportunity to work with directors Ethan and Joel Coen. Describing the experience of landing his part to Interview magazine, Brolin said, "It was basically as if your favorite musician were to call you up and say, 'Hey, man. I'd love to do a tour with you.' The Coens have been favorite filmmakers of mine since they started."

The dream role almost didn't come through, though. Riding his motorcycle to a wardrobe fitting, Brolin was involved in an accident which left him with a broken collarbone. He was able to continue with the project despite his injury and gave one of the strongest performances in his career. He earned wide praise for his portrayal of Llewelyn Moss, a cowboy who goes on the run after stumbling across the victims of a drug deal gone bad.

The following year, Brolin continued tackle challenging roles on the big screen. He starred in Oliver Stone's W., a biographical film about President George W. Bush. Liberal in his own political leanings, Brolin worked hard on his portrayal of the former president. "I was blown away following the guy through the labyrinth of his life, the personal conviction he found once he stopped drinking and deepened his relationship with Jesus," he told the Los Angeles Times.

At the end of filming, however, Brolin found himself in legal hot water. Police arrested him, along with fellow W. actor Jeffrey Wright, after a bar brawl in Shreveport, Louisiana, on July 2008. The charges were later dropped. The film was released that fall, and critics roundly praised Brolin's performance. "Representing a man who finds both salvation in Jesus and relief that one of his intelligence reports is only three pages long, the actor digs deep," critic Lisa Schwarzbaum wrote in Entertainment Weekly.

Diving into the comic book superhero world, Brolin stars as Marvel villain Thanos in 2018's Avengers: Infinity War and its upcoming untitled sequel. He also will star in the X-Men series as Cable (a.k.a. Nathan Summers) starting in Deadpool 2.

Brolin married actress Deborah Adair in 1988, and they welcomed their first child together, son Trevor, that same year. In 1992 Brolin and his wife divorced. The couple, however, stayed together after the split and had another child: a daughter named Eden.

After dating for several years, Brolin proposed to actress Minnie Driver in April 2001, but they broke up a few months later.

Around this time, Brolin decided to give marriage a second try. He wed actress Diane Lane in August of 2004. A few months later, the couple made headlines after Brolin was arrested for spousal battery. A spokesperson released a statement after the incident, saying that "There was a misunderstanding at their home" and the couple was "embarrassed the matter went this far." Lane declined to press charges, and the allegations were eventually dropped. The two divorced by the end of 2013, with the actor having entered rehab in November of that year.