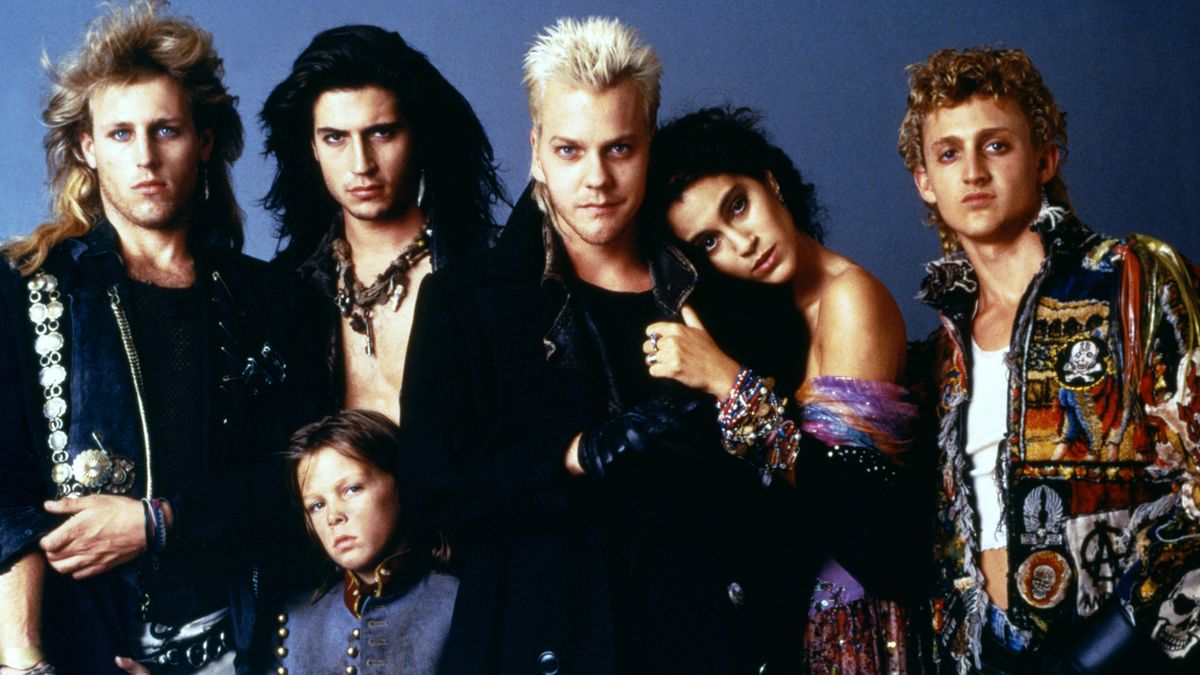 The 1987 flick The Lost Boys by Joel Schumacher told the tale of a young guy bullied into joining the dark side by a gang of vampires, while his comic nerd younger brother tries to save his soul.

There’s a slew of reasons why The Lost Boys remains one of the most famous vampire movies. For starters the film was shot at the Santa Cruz Beach Boardwalk, offering an eerie circus vibe backdrop, and it featured a killer soundtrack that included Echo & The Bunnymen’s rendition of The Doors' trippy tune “People Are Strange.” But the film’s mainstay was its cast members, some of whom would become a prominent movie and TV heavy hitters, while others, sadly, would never shine brighter than their ‘80s teen legacy.

Take a look at where some of our favorite characters are now. 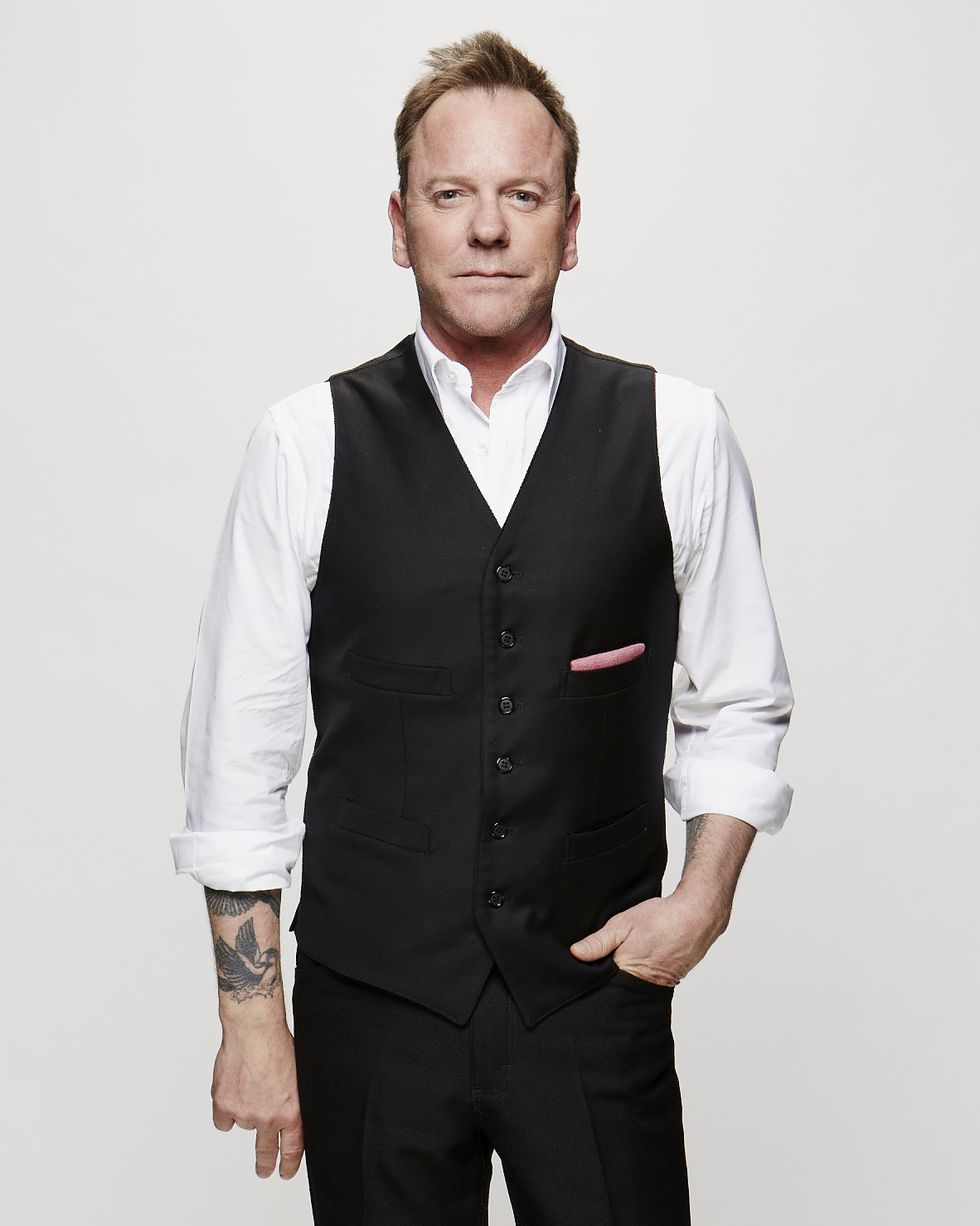 In the mid-1980s Kiefer Sutherland was the “IT” Bad Boy thanks to his unforgettable role in Stand By Me, which also happened to be his debut film. During his teenage years, Sutherland — son of distinguished actor Donald Sutherland — changed schools often. It wasn’t until he moved to Hollywood to pursue acting and bunked with Robert Downey, Jr. no less, that he truly settled into his calling. It was on The Lost Boys that Sutherland began collaborating with director Joel Schumacher, and the two hit it off. They went on to collaborate on several projects including Flatliners, A Time to Kill and Phone Booth. Of course, Sutherland went on to star in his explosive Emmy Award-winning role as Jack Bauer in the television series 24.

Like Sutherland, Jason Patric also has acting DNA running through his veins. The Queens native is the son of Jason Miller (from Exorcist fame), and his grandfather is Jackie Gleason. His role as Michael, the older bro "hazed" into becoming a vampire in The Lost Boys was his feature film debut. In the ‘90s Patric starred in two huge films including Rush, where he played a narcotics detective who ends up being a drug addict and in Sleepers, alongside Robert De Niro and Brad Pitt.

Synonymous with coming-of-age films in the ‘80s, Corey Haim was an acting veteran before his teenage years. At the age of 10, Haim starred in Firstborn, his first feature film, alongside Downey Jr., and Sarah Jessica Parker. We remember him fondly as the nerdy boy in Lucas, which starred more ‘80s teen staples like Charlie Sheen and Winona Ryder. By the time The Lost Boys hit the screen, Haim and his onscreen sidekick (and offscreen BFF) Corey Feldman were mega teen heartthrobs. Known as the Two Coreys, the actors appeared in several films together including License to Drive and Dream a Little Dream. They also appeared on A+E’s reality television show The Two Coreys in 2007. Subsequently, it was on this show that Haim’s long-term drug abuse was seen publicly. Haim, who struggled with addiction, was never able to transition into an adult star. He died of pneumonia in 2010 at the age of 38.

Corey Feldman always played the eccentric buddy — the go-to pal with the perfect one-liners who’d have your back no matter what. He played “Mouth” in The Goonies, and the troubled and rebellious Teddy in Stand By Me. Like Haim, Feldman has been acting most, if not all, of his life. However, by the time he reached The Lost Boys, it not only introduced the pairing of Feldman and Haim and propelled Feldman into bigger films, but it also introduced the actor to substance abuse. It was during this period that Feldman appeared in The ‘Burbs, alongside Tom Hanks, and Dream a Little Dream with Haim. In 2000 Feldman declared he had been clean and sober for more than a decade, but getting his acting career back on track has turned out to be a rocky road. The actor also tried to launch a music career, releasing a dance single titled “Ascension Millennium,” which HuffPo called “the worst music video of all time.” The five-minute clip has a day-in-the-life-of narrative that includes a cameo by his Goonies buddy Sean Astin and a Michael Jackson-like dance sequence. He fronts his own band Truth Movement and released his memoir, Coreography, in 2013. 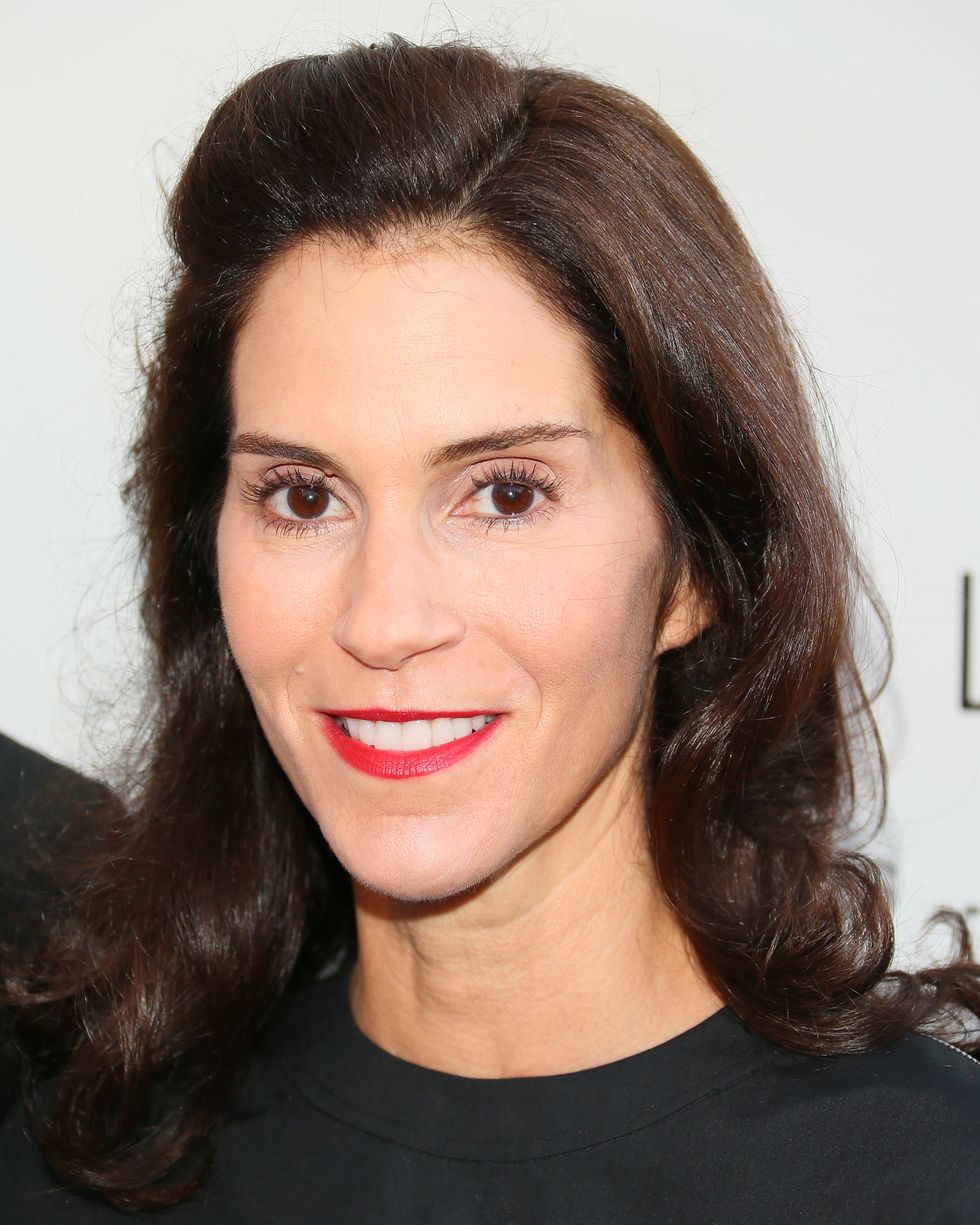 Jamie Gertz was the quintessential “IT Girl“ in ‘80s movies and television shows. She was Blair’s friend in The Facts of Life and the popular preppy in Square Pegs and Sixteen Candles. But she soon moved into more vixen-y roles, including her sexy "half-vampire" character Star in The Lost Boys, and in Less Than Zero alongside Andrew McCarthy and Downey Jr. But Gertz decided to take a break from acting in the early ‘90s, moving to Paris and working as a scent designer for the high fashion house Lanvin. Around the same time she had been offered the role of Rachel Green in Friends but turned it down. But Gertz eventually returned to acting, guest-starring in several TV series including ER, Ally McBeal, Entourage, Modern Family and The Neighbors. 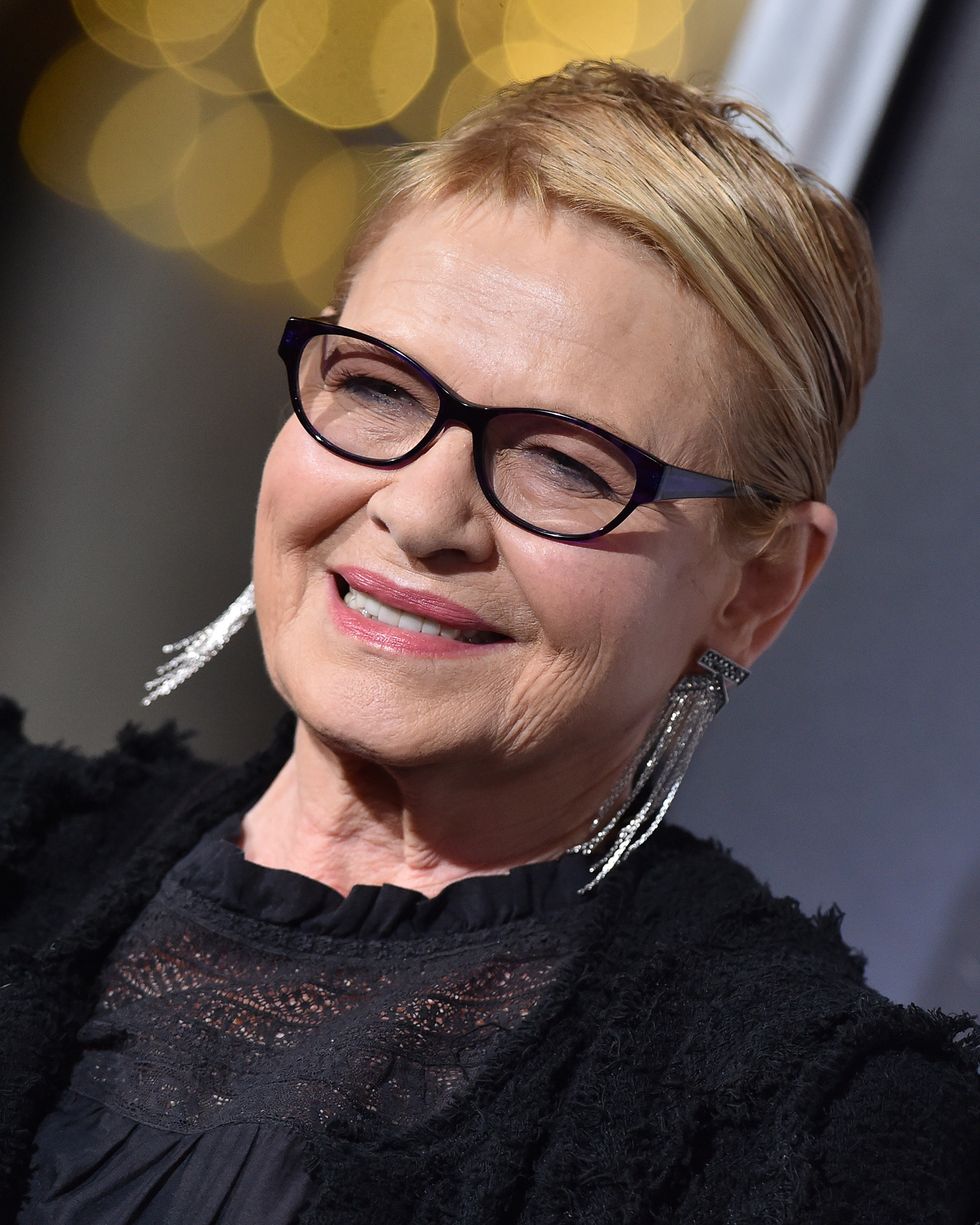 A successful theater, film and television actress, Dianne Wiest has been entertaining us for over four decades. She began her acting career on the theater stage in college and didn’t make her film debut until 1980 with It’s My Turn, a rom-com drama starring Michael Douglas. A year prior to playing Patric and Haim’s clueless single mom in The Lost Boys, she starred in Woody Allen’s Hannah and Her Sisters along with Barbara Hershey and Mia Farrow. The role earned her an Academy Award for Best Supporting Actress. She went on to star in other Allen pictures including September, Radio Days, The Purple Rose of Cairo, and Bullets Over Broadway. Some of her other memorable film roles include the Jodie Foster-directed film Little Man Tate and Tim Burton’s Edward Scissorhands, where she played a matriarchal Avon saleswoman, opposite Johnny Depp. She's also entertained with her television roles, including playing D.A. Nora Lewin in Law & Order and her Emmy Award-winning role in In Treatment, which starred Gabriel Byrne.