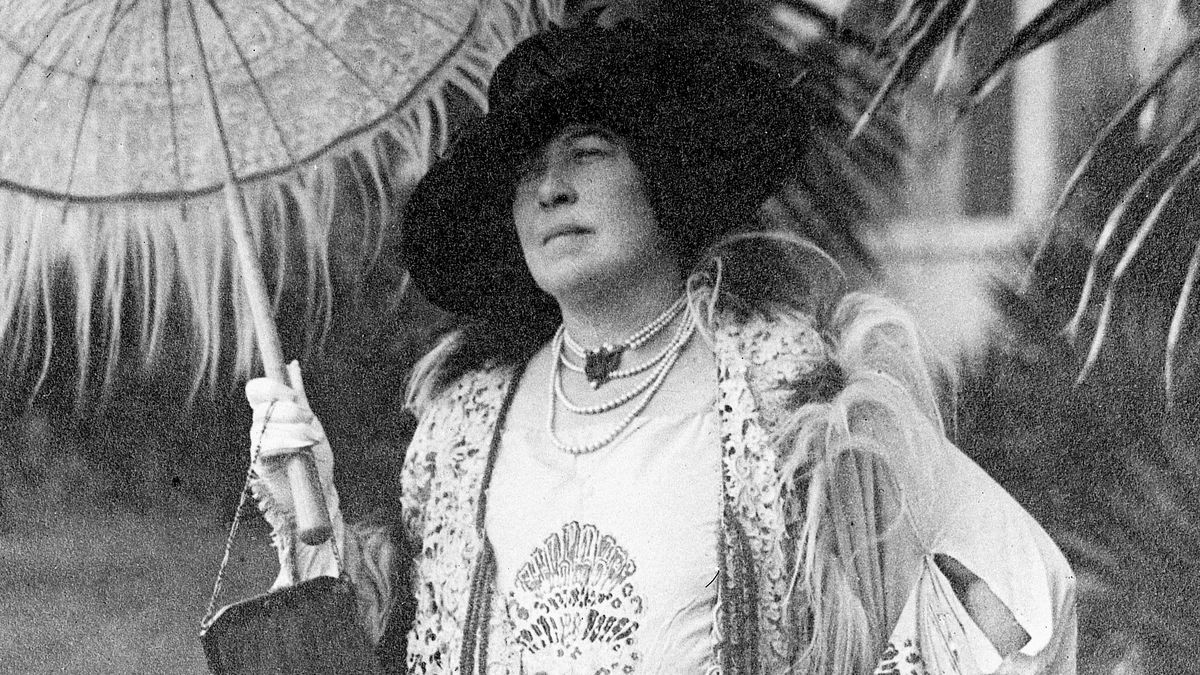 Sailing from the docks of Southampton, England, the British passenger ocean liner the RMS Titanic set out on her maiden voyage on April 10, 1912, headed for New York City. Operated by the shipping company White Star Line and commandeered by Captain Edward John Smith, the ship, which was carrying 2,224 souls on board, made its way effortlessly across the cold North Atlantic waters until it hit a massive iceberg at 11:40 pm on April 14, causing irreparable damage. A few hours later, what was known as the "Unsinkable Ship," foundered and broke apart into the ocean, taking over 1,500 victims down with her.

Here are some of the most famous passengers who either survived or fell victim to the tragedy: 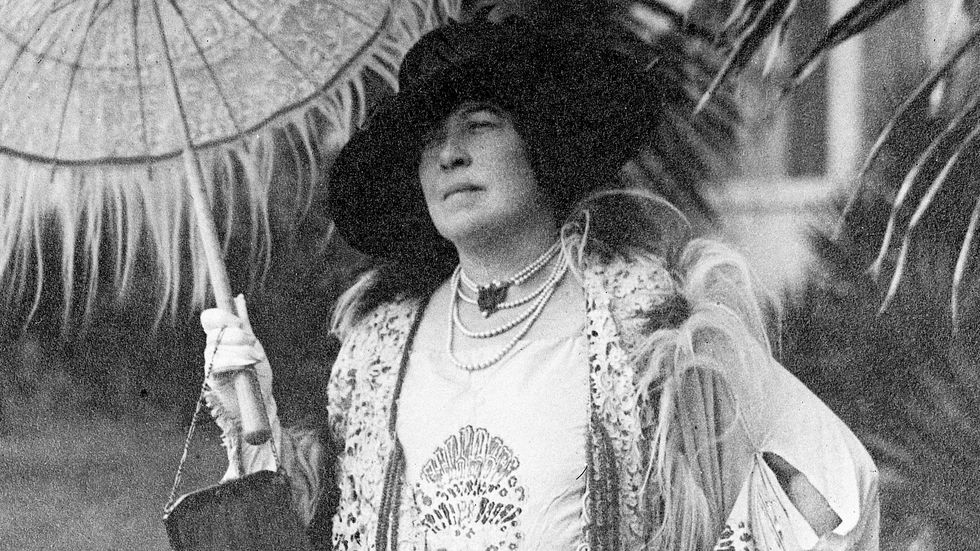 An American socialite whose husband struck it rich in the mining business, Molly Brown was known for her flashy hats and charming personality. While she enjoyed her wealth, she spent her life giving back, advocating for the rights of women and children and the importance of education.

Although she was known as Maggie by those closest to her, after her death, the world would know her as "The Unsinkable Molly Brown" for her reported bravery amid the Titanic disaster. According to various stories, Brown helped board survivors into lifeboats during the evacuation and later helped steer her own (Lifeboat No. 6). Brown, portrayed by Kathy Bates in the 1997 movie, was said to have argued with the Quartermaster to return to the debris to find more survivors and even threatened to throw him and his crew overboard if they didn't go back. (It's unclear if her boat ever returned to retrieve survivors.) 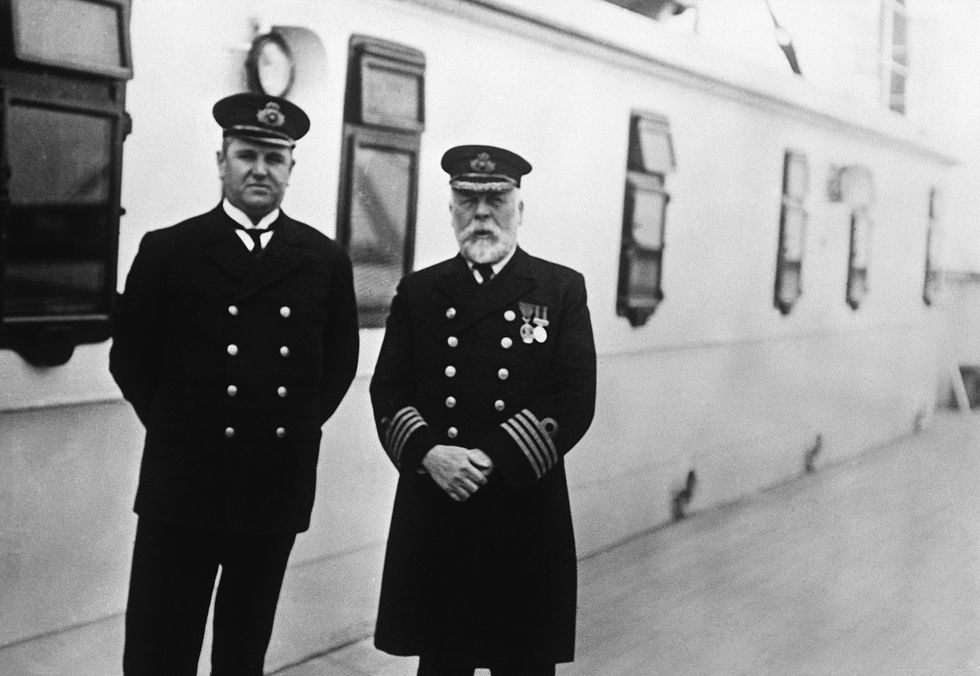 Even in death, Captain Edward John Smith couldn't avoid being a source of controversy. Many blamed him for Titanic's demise. Critics faulted him for allowing the ship to travel close to its maximum speed despite reports of ice in the area, but it was later noted that Smith was abiding by standard maritime practice. At the time, ice was viewed as fairly harmless and even when previous ocean liners had experienced head-on collisions, the damage had been recoverable.

Reports vary widely on how Smith, played by Bernard Hill in Titanic, reacted to the sinking ship. Some eyewitness claim he actively helped women and children onto the lifeboats and did his best to prevent panic, while others say he had become paralyzed with fear and turned ineffective during the evacuation.

In the end, he was believed to have made a final sweep of the ship's deck and offered this simple advice to his crew: "Well boys, do your best for the women and children, and look out for yourselves."

His body was never found. 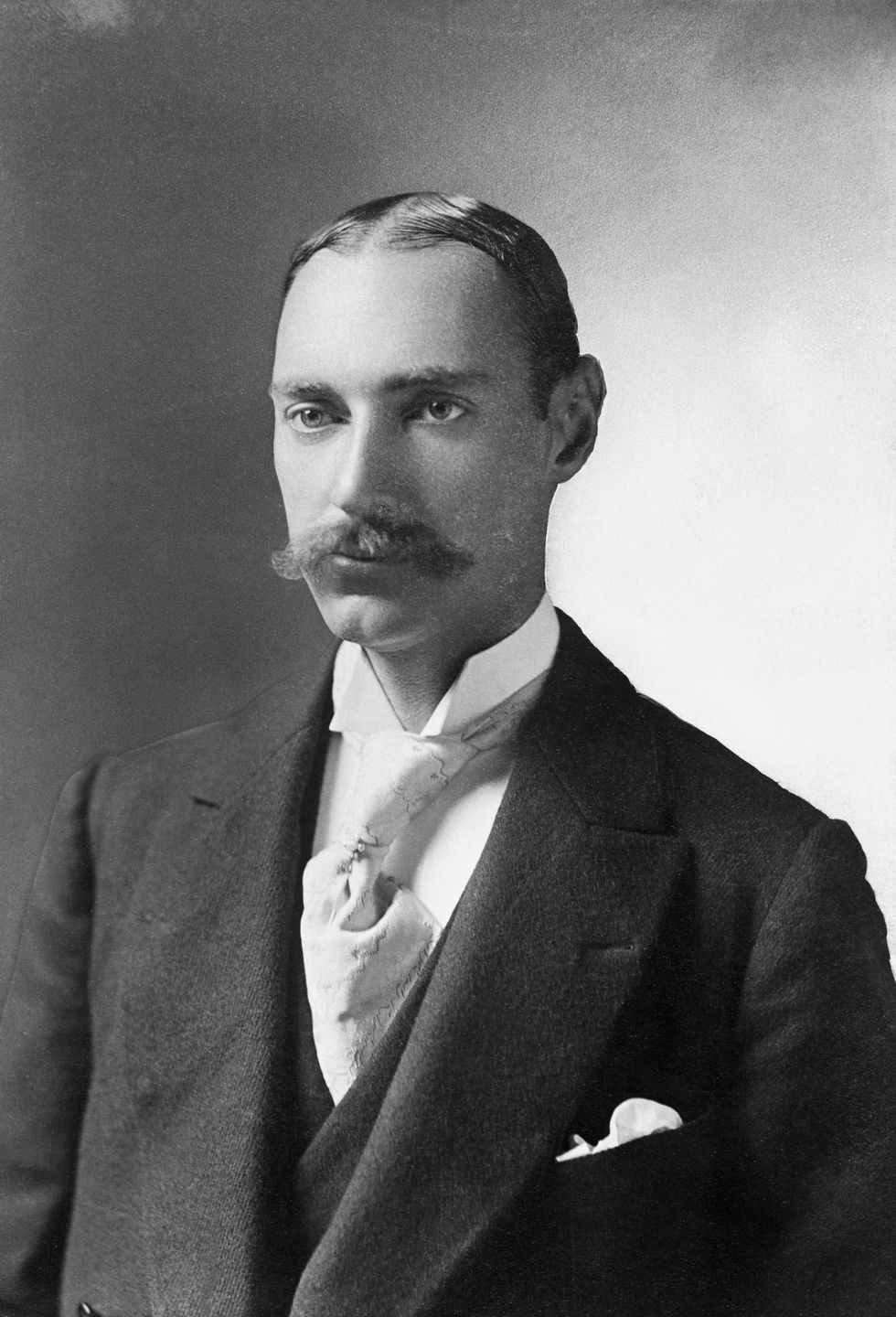 As the richest passenger aboard the Titanic, real estate developer John Jacob Astor IV was worth $87 million when he met his fate on the sinking ship. He and his pregnant wife, Madeleine, booked a trip on the Titanic to return to the U.S. to ensure their baby would be born in America.

According to eyewitnesses, Astor clung to the side of a raft, but as his body froze to death in subfreezing temperatures, he let go and drowned. When rescuers recovered his body, they found $2,400 on him.

Thomas Andrews wasn't just any passenger on the Titanic – the Irishman was its architect.

Andrews' purpose for traveling on the ship's maiden voyage was to make observations and offer suggestions for improvement. However, when the hull of the ship collided with the iceberg, the shipbuilder knew Titanic's fate was sealed.

While legend has it that Andrews, played by Victor Garber in the 1997 movie, was last seen standing in the first-class smoking room gazing at a painting of Plymouth, many eyewitness accounts claim he was last seen actively assisting women and children into lifeboats and throwing chairs into the water for others to use as flotation devices. His body was never identified. 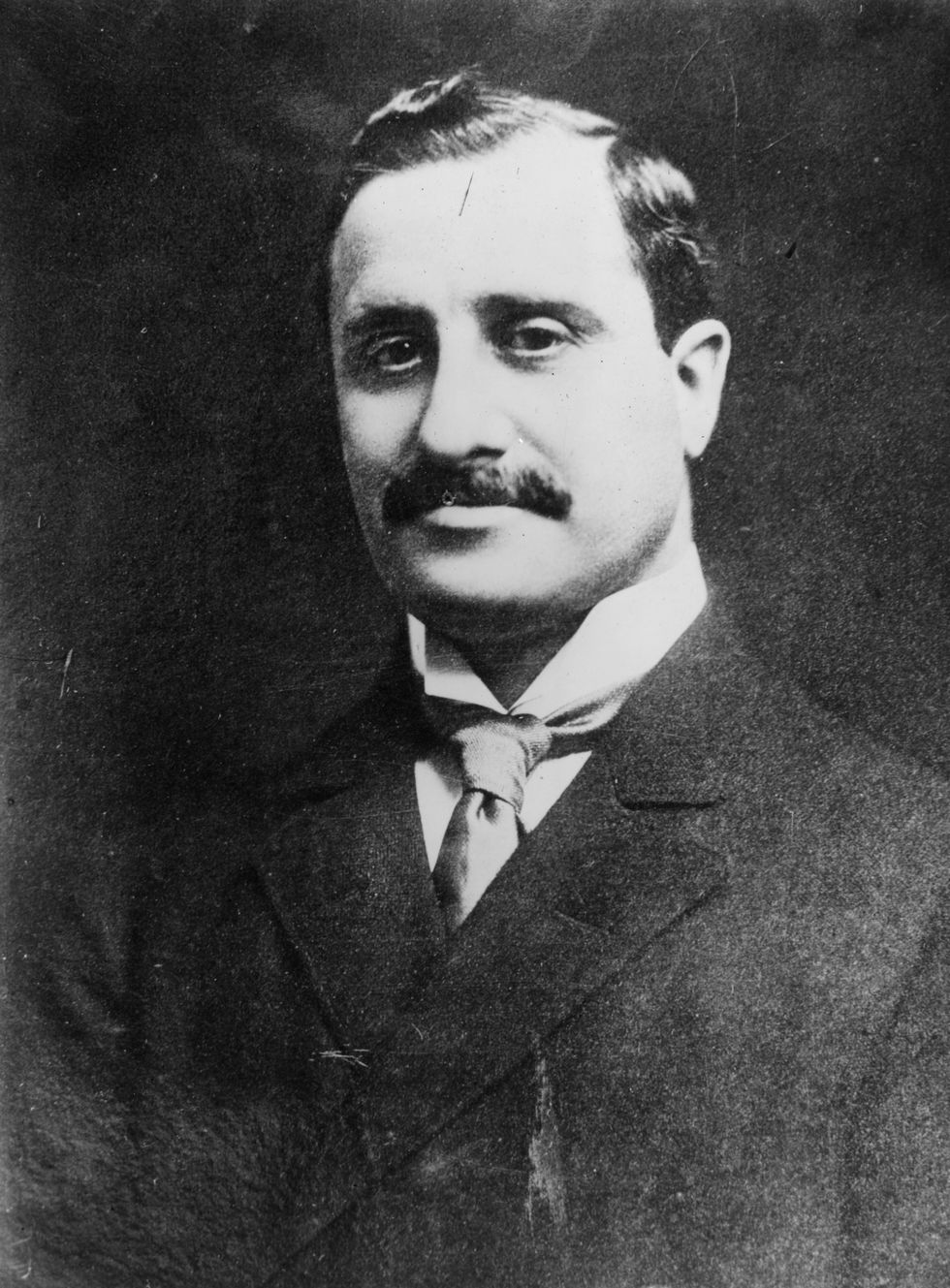 Mining magnate Benjamin Guggenheim boarded the Titanic with his staff and his mistress, French singer Léontine Aubart. Sharing a cabin with his valet Victor Giglio, the two slept through the initial iceberg collision and didn't quite realize the severity of the circumstances at hand.

After getting dressed and helping his lover and some of his staff into Lifeboat No. 9, he reassured his anxious maid, "We will soon see each other again. It's just a repair. Tomorrow the Titanic will go on again."

After realizing there were no more lifeboats and that no one was going to rescue them, Guggenheim and Giglio returned to their cabin and got dressed in their evening wear. The two men entered the Grand Staircase area and Guggenheim was said to have remarked, "We've dressed up in our best and are prepared to go down like gentlemen." Both Guggenheim and Giglio's bodies were never recovered. 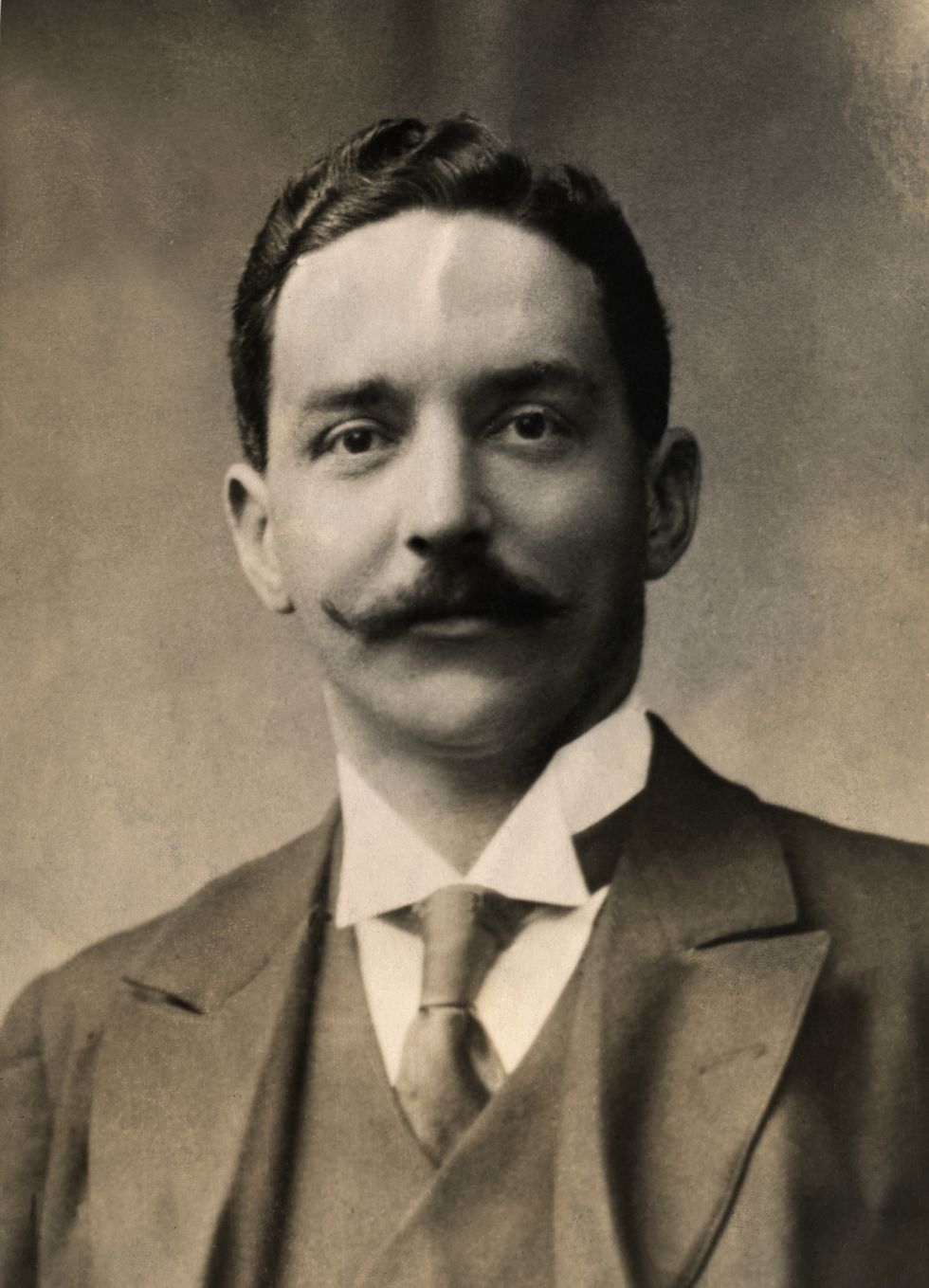 As the highest-ranked official of the White Star Line, English businessman J. Bruce Ismay jumped into Collapsible C, the last and ninth lifeboat that was lowered into the Atlantic before the Titanic sunk 20 minutes later... and for the remainder of his life, he paid for it.

The American Press crucified Ismay, calling him "J. Brute Ismay" and "Coward of the Titanic." Stories circulated that he was to blame for the sinking, having purportedly pushed the ship's crew to increase Titanic's speed to get ahead of their scheduled arrival and garner positive press. However, this exchange was considered unlikely to have happened, and the scathing criticism against him in America was most likely due to his falling out with newspaper publisher William Randolph Hearst prior to the tragedy.

Despite an official British investigation affirming Ismay's defense that he only boarded the last lifeboat after all available women and children were boarded, London society also rejected him, and he lived out his life being seen as a coward. Still, Ismay, played by Jonathan Hyde in Titanic, didn't shirk his responsibilities: He spent the rest of his life paying out insurance claims to family members who lost loved ones on the Titanic. His family today insist he was unfairly persecuted. 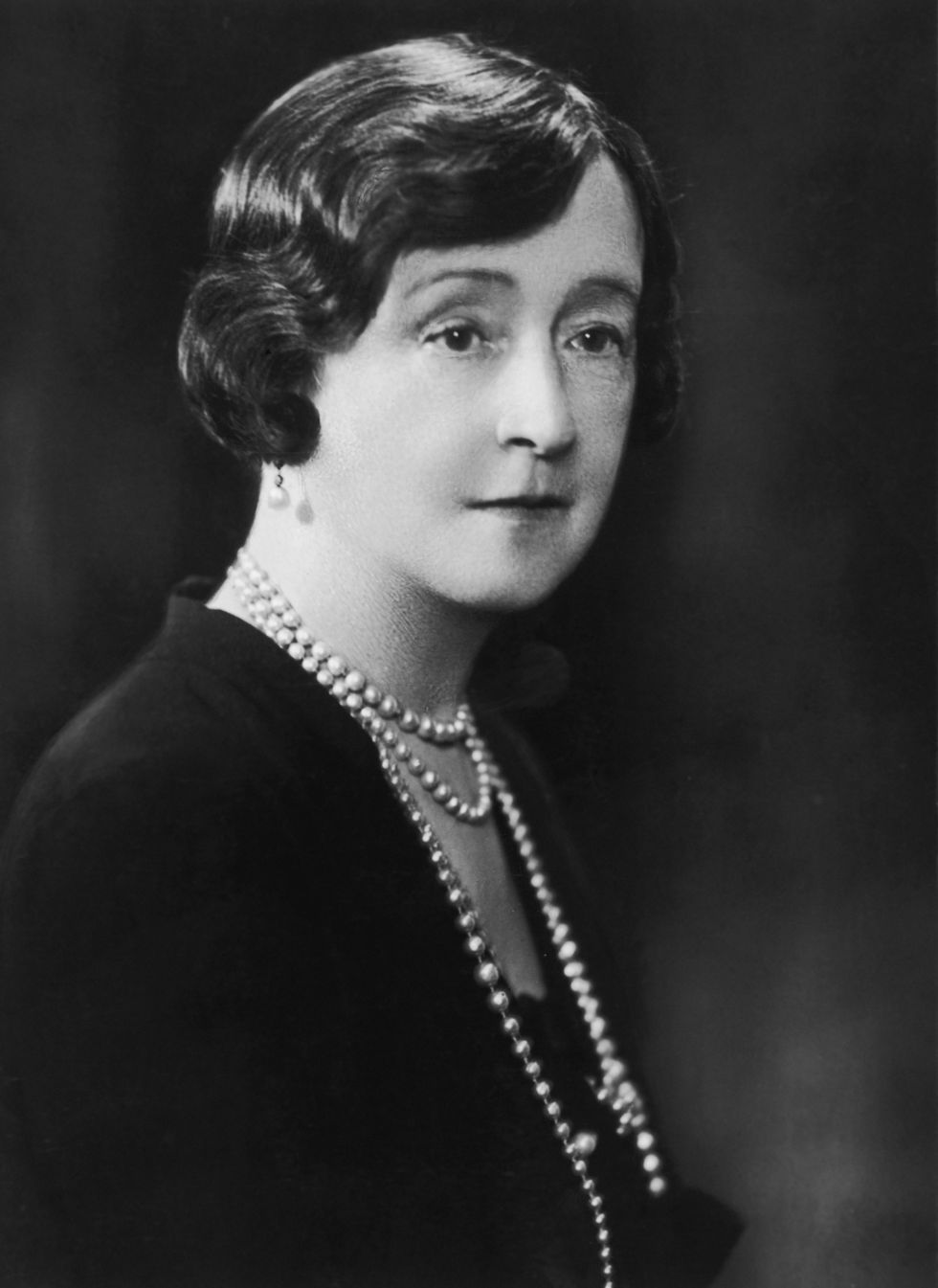 Like Ismay, high society British couple Sir Cosmo and Lucy Lady Duff-Gordon gained notoriety for surviving the Titanic. The first-class couple was some of the first people who got on Lifeboat No. 1. Lady Duff-Gordon, who was a prominent British fashion designer, described her memories of her experience: "Everyone seemed to be rushing for that boat. A few men who crowded in were turned back at the point of Captain Smith's revolver, and several of them were felled before order was restored. I recall being pushed towards one of the boats and being helped in."

Thanks to the American press, Cosmo was attacked for not abiding by the "women and children first" policy, but the wealthy landowner claimed there were no women and children to be seen when the boat was set into the water. He was also maligned for giving the crewmen on his lifeboat money. Some reports claimed he was trying to bribe them not to rescue people from the water for fear they'd tip the boat over (there were only 12 people on their boat when it was designed to hold 40), but again, Cosmo said he only gave the crewmen money to make up for their material loss.

In 1915 Lady Duff-Gordon escaped yet another ocean liner tragedy when she canceled her trip on the Lusitania, which would be torpedoed by the Germans. 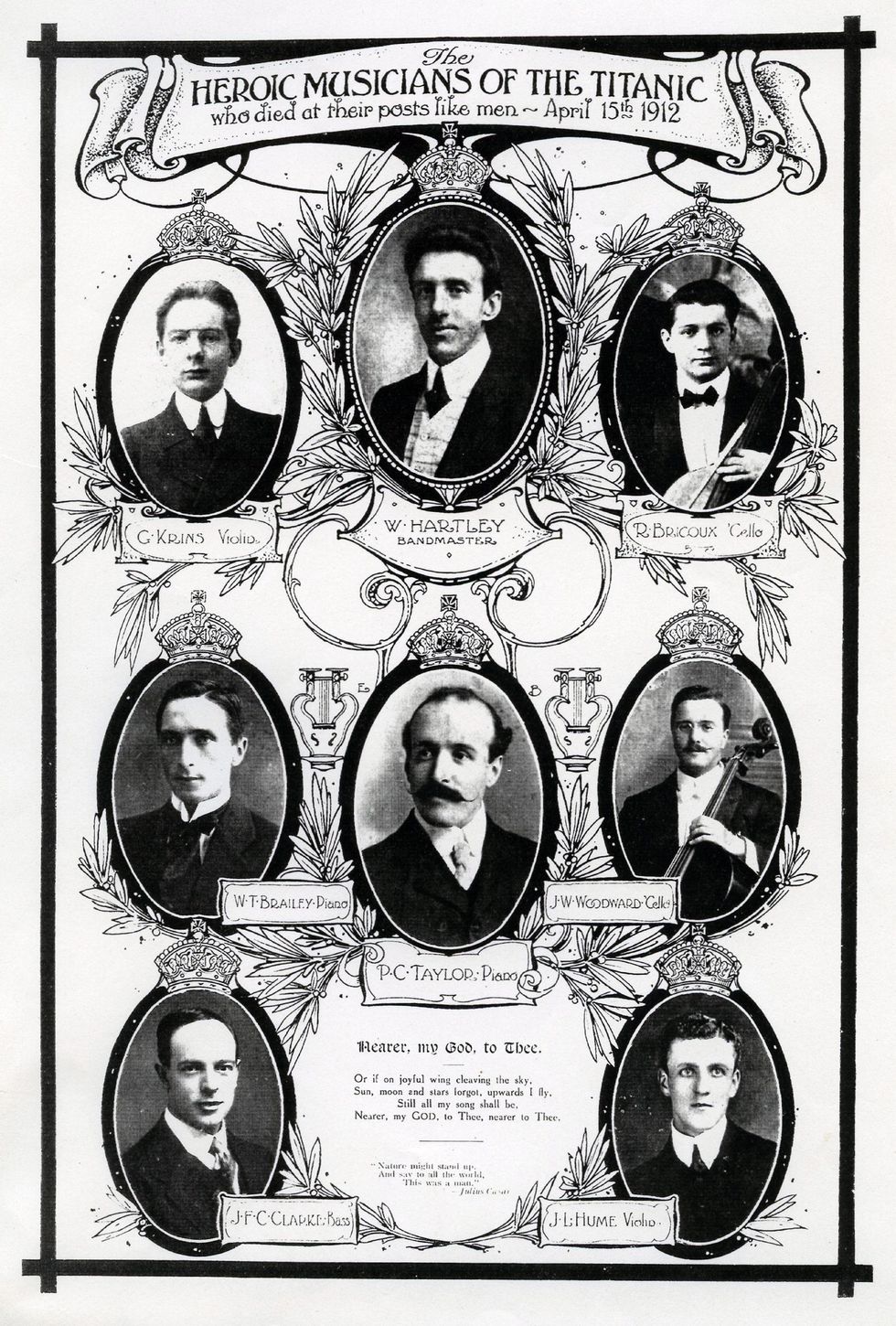 Traveling as second-class passengers, the eight musicians on the Titanic are perhaps some of the most honored victims of the tragedy.

Led by violinist Wallace Hartley, the band members played uplifting music all through the long, freezing cold night to calm passengers as they frantically took to the lifeboats.

Despite having the same rights as anyone else on board, the band chose to stay together and play until the very end. A second-class passenger noted: "Many brave things were done that night, but none were more brave than those done by men playing minute after minute as the ship settled quietly lower and lower in the sea. The music they played served alike as their own immortal requiem and their right to be recalled on the scrolls of undying fame." 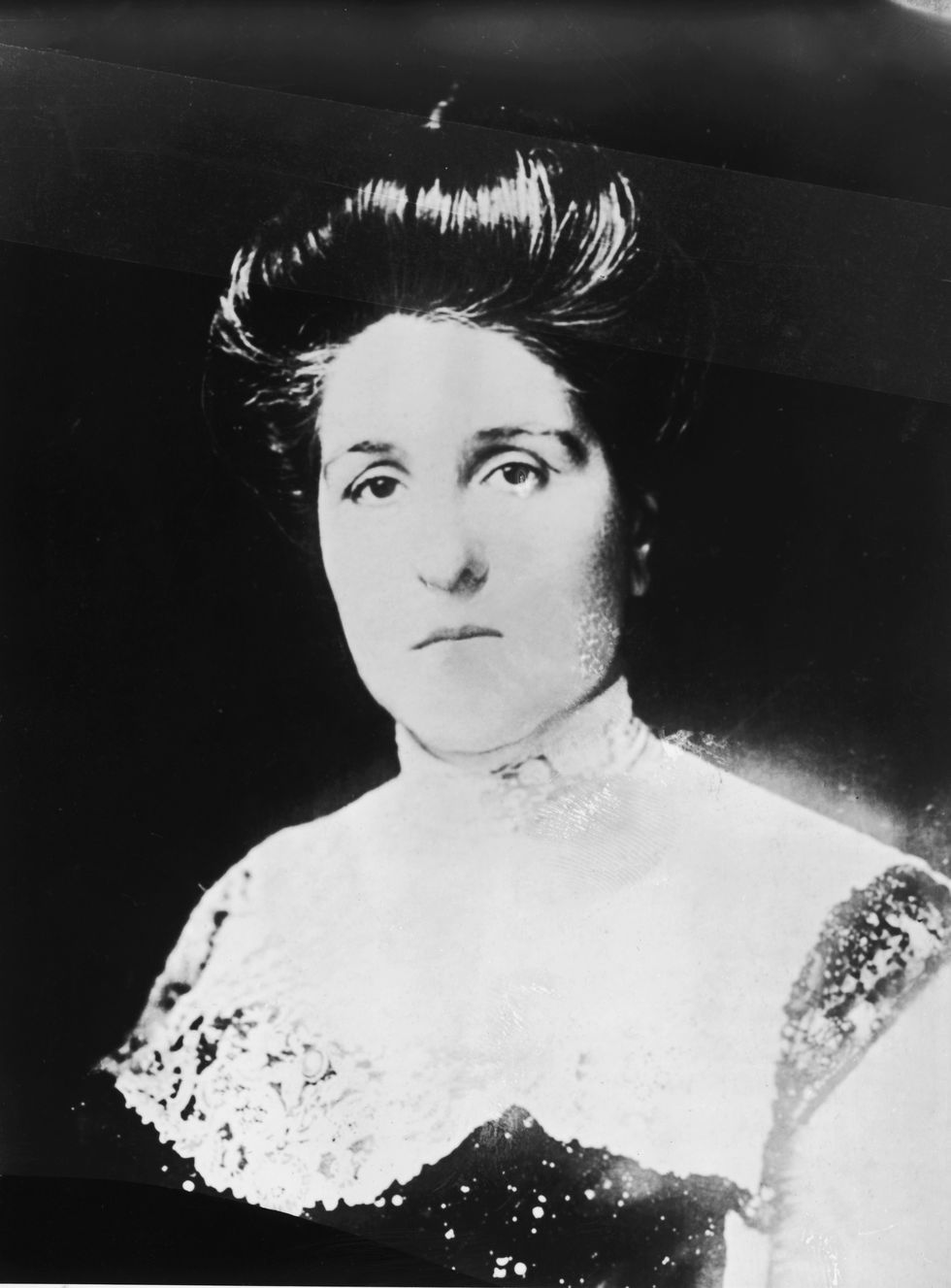 Before his death, German-born Isidor Straus rose from poverty to become the co-owner of Macy's department store and a Democratic member of the U.S. House of Representatives in New York's 15th district.

When the Titanic disaster hit, Isidor had an opportunity to board a lifeboat but refused to, insisting that every woman and child be evacuated first. His devoted wife, Ida, stood by with her husband and rejected his pleas to get on a boat, telling him, “We have lived together for many years. Where you go, I go.” Although the two died together on the Titanic, only Isidor's body was found. 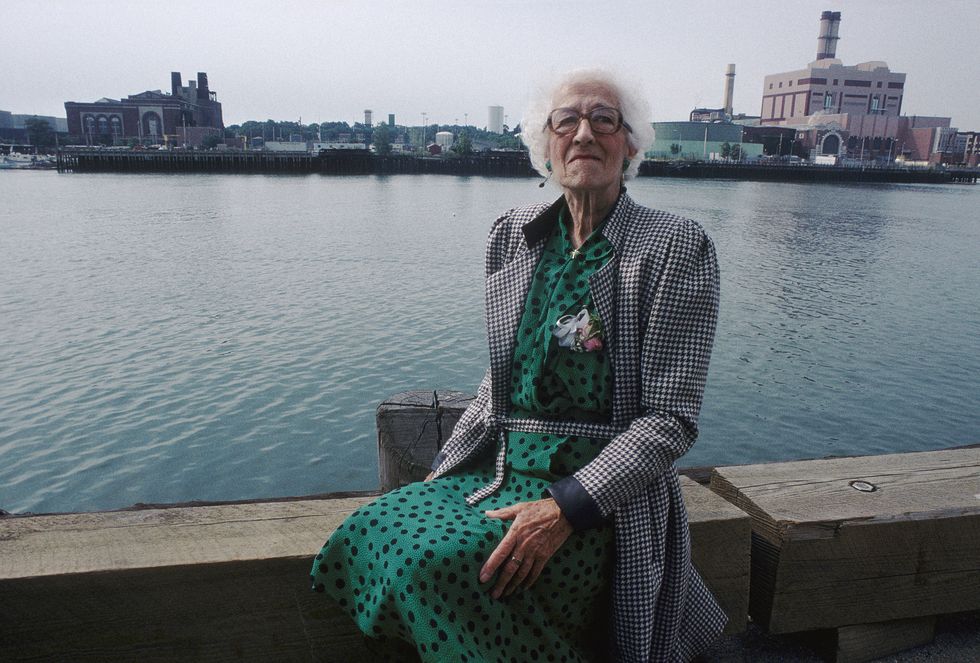 At two months old, Millvina Dean was the youngest survivor. Also the longest-living survivor – she died in 2009 – Dean, her older brother and parents boarded the doomed ship as third-class passengers. The British family made plans to emigrate to Wichita, Kansas, where Dean's father was going to co-own a tobacco shop with relatives.

However, when the iceberg hit the Titanic, their lives had changed course. Although Dean, her mother and brother were some of the first third-class passengers to board the lifeboats, Dean's father lost his life and his body was never found.

Instead of moving forward with the original plan, Dean's fearful mother returned to England with her two small children and Dean became a media fixture for some time.

Later in her life, Dean became active in commemorating the victims of the Titanic. She died in 2009 at 97, the last survivor of one of the world's most tragic and famous commercial maritime disasters.