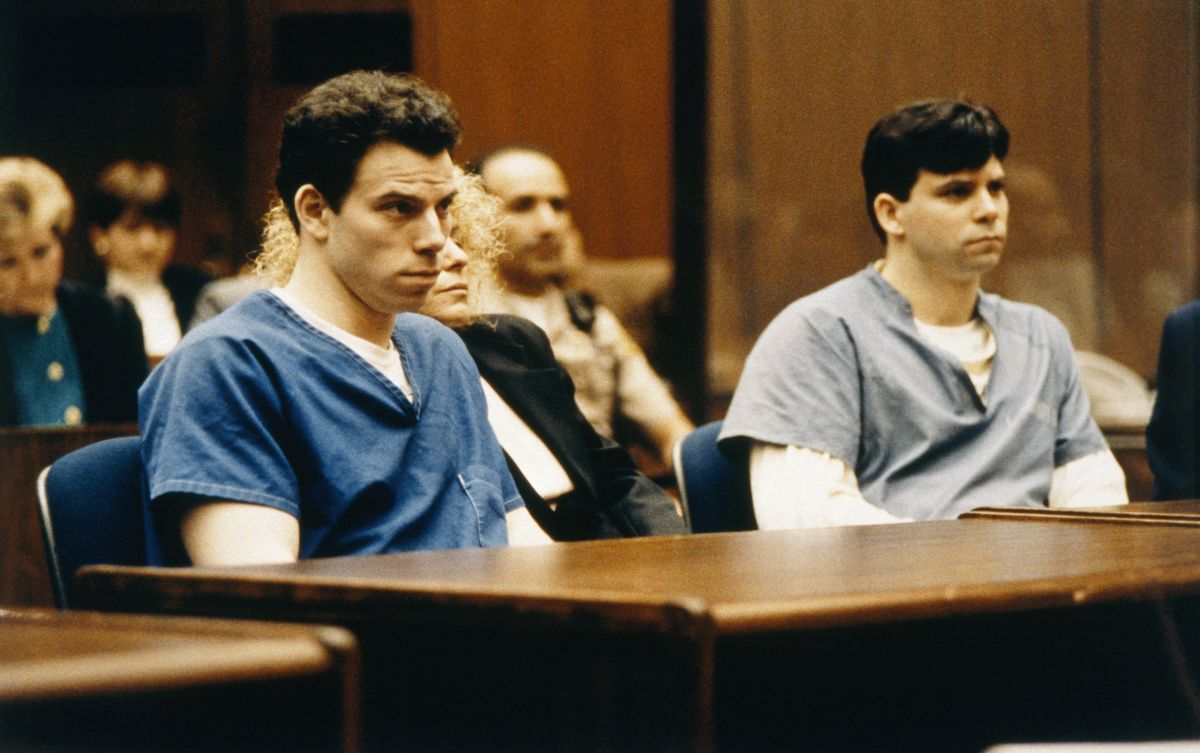 On August 20, 1989, José and Mary “Kitty” Menendez were shot to death in their Beverly Hills home. Nearly seven years, three trials and many thousands of hours of TV coverage later, their sons, Lyle and Erik Menendez, were found guilty of their murders and sentenced to life in prison without the possibility of parole. In between, the Menendez murders became one of the most famous criminal cases of the late 20th century thanks to its potent mix of family drama, Hollywood connections, dramatic testimony and cable TV’s ability to blanket the airwaves with coverage.

The Menendez family seemed to be a perfect model of the American dream, at least by 1980s standards. José was born in Cuba, emigrated to the United States after the Cuban Revolution of the 1950s, living in the attic of a cousin’s home until he earned a college scholarship for swimming. He wooed and married Kitty, a beauty pageant queen, and then rose from washing dishes to becoming a successful young entertainment executive.

José spent the early ‘80s as the head of RCA Records and had a hand in the signing of bands such as Duran Duran and The Eurythmics. The house in which José and Kitty were killed was located on one of the most exclusive blocks in Beverly Hills and was at different times occupied by Michael Jackson and Elton John. The Menendezes had moved to Los Angeles just a few years before the murders so that José could take a job in the movie business.

Their sons Lyle and Erik, who were 21 and 18 respectively at the time of the killings, also seemed like the platonic ideal of the Reagan era United States. Lyle was a star tennis player who attended Princeton and seemed destined for a career in business like the father he openly worshipped; Erik turned out to be even better at tennis, helped along by his father’s obsessive intervention, and wound up as a nationally ranked player in his age bracket. In a sense, they had no choice but to be successful; José was known as a hard-driving father who would work his children to the bone in athletics and everything else.

“It seemed like José was so competitive, he was doing everything he could to try to make him better,” their former swim team coach told the Los Angeles Times in 1990. “But he was so completely overbearing, it had the opposite effect. Erik had so much less self-confidence because everything he did was never good enough.”

Once they moved to California, Erik began to run with some teenage delinquents, getting himself in trouble for a string of burglaries. Lyle enrolled in Princeton University but was suspended for a year for plagiarism, portending a troubled next few years.

Watch The Menendez Brothers: Sins Of The Children on A&E Crime Central

The crime was shocking but the aftermath was even more shocking

The night of the murders, the brothers told police they’d gone out that night to see a movie but had to make a pitstop to retrieve Erik’s ID. That’s when they discovered their parents’ decimated bodies and dialed 911, they said in their interviews. The officers who responded to the 911 call found Erik sobbing on the lawn before entering the crime scene.

In the months that followed the slayings, neither Menendez brother acted like young men who had recently found both of their parents dead in a brutal, bloody murder scene. Instead, they acted like two guys who had just won the lottery. José was worth $14 million at the time of his death, and within six months, the brothers spent an estimated $700,000 of his fortune.

Lyle purchased a Rolex, a Porsche, lots of clothing and a restaurant back in Princeton, where he had been living before the murders, while Erik was more practical, opting for a Jeep Wrangler, a $50,000 personal tennis coach and a $40,000 investment in a rock concert that never happened. They took exotic vacations, too, thinking they had even more money coming to them. There was also a $5 million life insurance policy on their father, though technicalities stopped them from collecting. 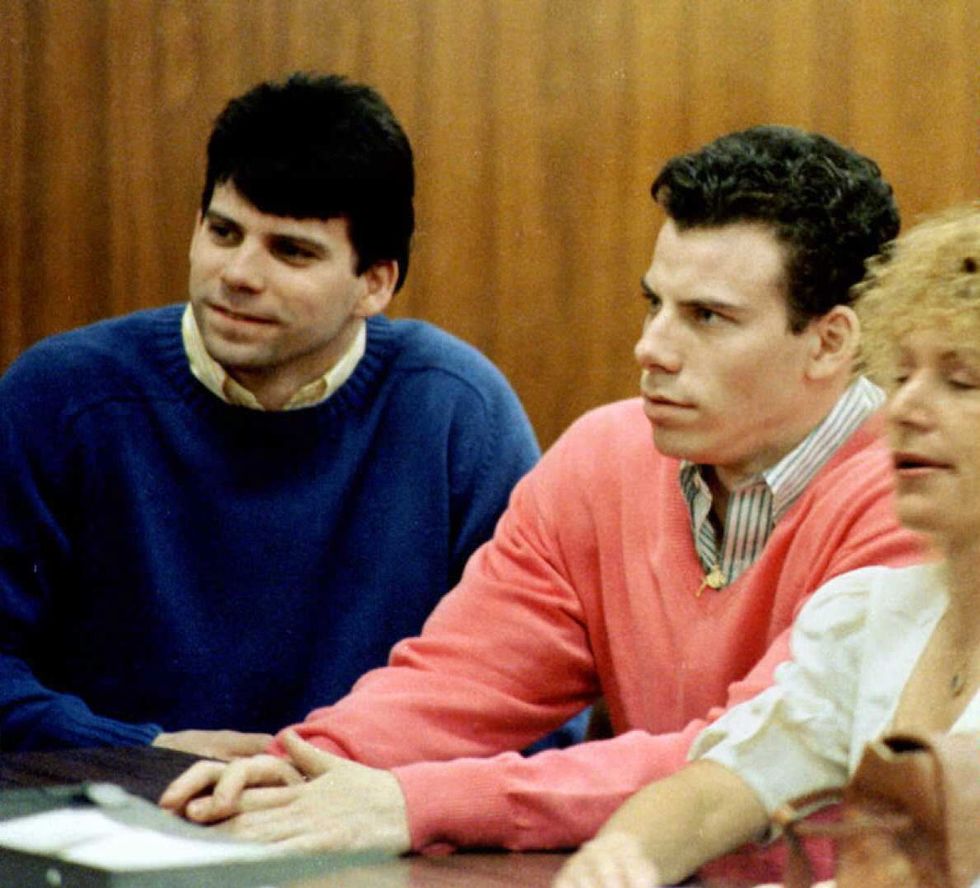 The brothers confessed to a therapist, whose own troubled personal life became part of the story

In 1988, after getting caught in a string of burglaries, Erik was required by the court to meet with a therapist named Dr. Jerome Oziel. The therapist reached out to Erik soon after the murders and began meeting with the younger Menendez brother, and soon enough, Erik confessed to killing his parents. Oziel confided in his mistress, Judalon Smyth, who would ultimately play a big part in the case.

The therapy sessions continued and Oziel ultimately got both Erik and Lyle on tape, confessing to the murders. Erik said they’d done it to put their mother “out of her misery,” while Lyle made it clear that they were both in on the crime.

Smyth and Oziel had a rocky relationship — she claimed he was controlling and abusive — and after he allegedly attacked her, Smyth contacted the Beverly Police to reveal that the Menendez brothers confessed to their parents’ murder. She even had an audiotape of the confessions.

Lyle was arrested soon after. Erik, who was in Israel at the time, flew to Miami and then L.A., where he turned himself into police.

Figuring out whether the tapes with the confessions fell under doctor-patient privilege or were admissible as evidence in court took two full years, with lawsuits and appeals flying back and forth between the prosecution and the Menendez’s lawyers. Finally, the Supreme Court of California ruled that two of the three tapes were eligible to be used in the trial, including one that contained Lyle’s admission of guilt.

The trials were national sensations with very sordid details

The trial began in 1993 and was broadcast on a relatively new cable network called Court TV, which was devoted to turning the legal system into a hybrid of entertainment and sporting event. The network carried not only the trial but endless hours of coverage before and after each day’s proceedings, helping fuel a national obsession with a case that had all the elements of a great primetime soap opera: a rich family torn apart by scandal, two handsome and mysterious young men, a grisly crime and psychodrama galore.

“[The Menendez trial] probably had the effect, maybe good, maybe bad, of demonstrating that, even if you didn’t have a celebrity, if the circumstances were dramatic enough, people will be captivated,” Steve Brill, the founder of Court TV, told Rolling Stone in 2017. “We’ve had lots of trials like that since, but that was really the one that proved that people would be interested in watching big trials.”

Unable to profess their innocence, Lyle and Erik instead claimed that their father’s reign of terror went far beyond emotional abuse and the pressure of high expectations. José, they said, had molested them since childhood, a claim filled with graphic descriptions that shocked the nation and split friends and family members.

Their lawyer, Leslie Abramson, who became a star during the trial, argued that the two were acting in self-defense after growing up in such a violent and traumatizing home. Lyle gave graphic testimony. Years later, a cousin told ABC News that she believed his story because he’d told her similar things when he was a child. The defense also attacked Kitty as a husk of a woman, an alcoholic, drug addict, broken wife and useless mother who was devastated by José’s many affairs.

The first trial lasted four and a half months and resulted in two hung juries — one for each brother — unable to agree on whether they were guilty of murder or acting in their own self-defense. Immediately, it was announced that they would be retried.

The second trial took place in 1995 and was far less sensational, as the judge did not allow TV cameras into the courthouse. Instead, people still interested in the Menendez Brothers’ fate had to wait for written news accounts of the events. Oddly enough, Judalon Smyth testified for the defense this time, insisting Dr. Oziel had manipulated the brothers into confessing. The effort fell short; both Lyle and Erik were convicted of first-degree murder in 1996. They were sentenced to life without parole. They were sent to separate prisons until 2018 when they were reunited and allowed to serve their sentences at the same facility.

Each brother has gotten married in prison to women on the outside. Erik married his pen pal, Tammi Saccoman, in 1999, while Lyle has found two women willing to marry him: Anna Eriksson, a former model who divorced him after a year when she found out he had been writing to other women, and then Rebecca Sneed, a journalist who he wed in 2003.

Even now, 30 years since the murders first took place, the brothers’ crime continues to fascinate and perplex. There have been multiple TV movies, miniseries and documentaries about the murders, and it’s been spoofed throughout the years, as well. The case closed a decade of me-first capitalism and ushered in a new era of true crime hype, which is stronger than ever. 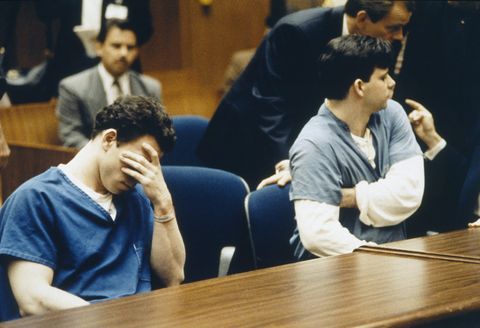