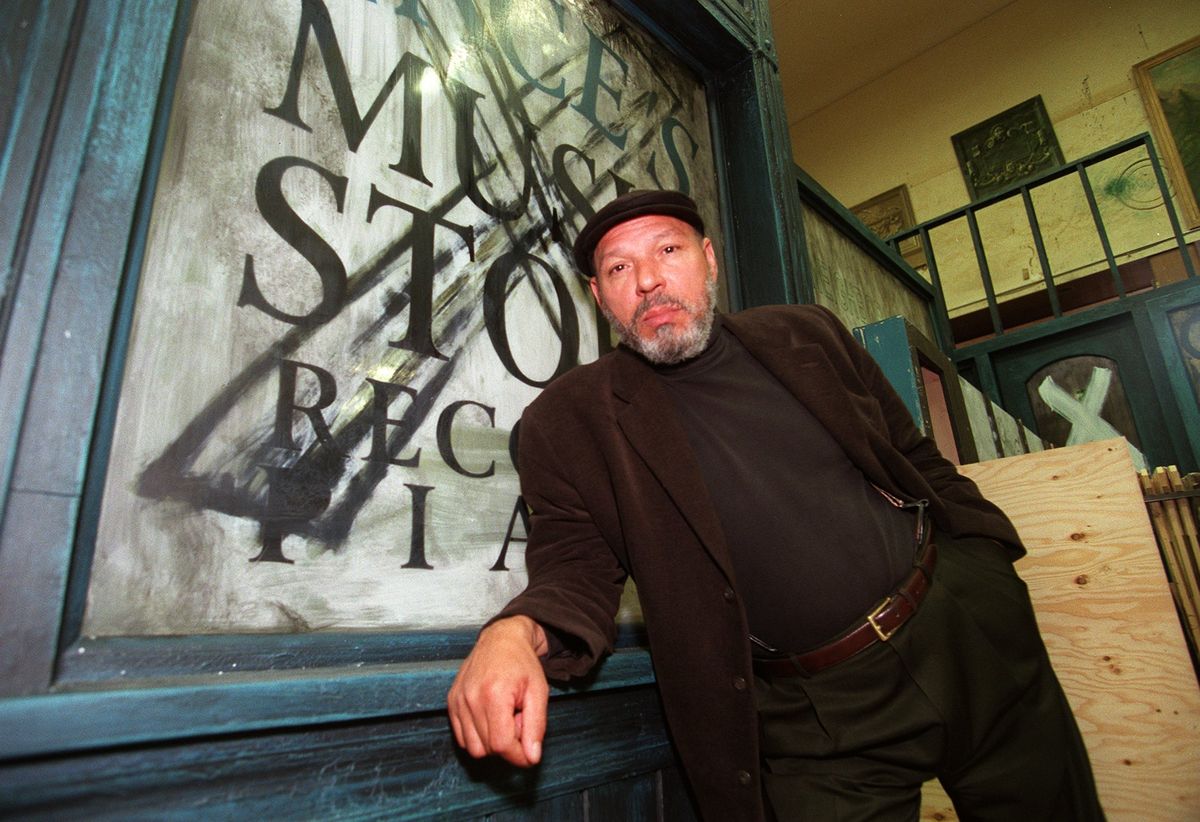 Playwright August Wilson wrote about the complexity of the African American experience, of undocumented lives, and of the people he grew up with in the Hill District of Pittsburgh, Pennsylvania. Ten of his plays comprise a deliberate body of work unto itself: “The Pittsburgh Cycle,” also known as the “Amerian Century Cycle.”

Each of the plays is set in a different decade of the 20th century, representative of their time from which the past insists on being acknowledged and taken into account.

The Pittsburgh Cycle, interestingly enough, was not written in chronological order. In the 2015 documentary, August Wilson: The Ground on Which I Stand, the playwright describes how the plays revealed themselves to him:

“Generally I start with a line of dialogue and I often don’t know who’s talking or why their talking and then I’ll give the character a name. And by probing him and questioning him I begin to find out things I need about the character and from out of that comes the story.”

As Wilson tells the story, taxis wouldn’t go into the Hill District in the 1970s, so the community had to depend on jitneys, unlicensed cabs. Jitney takes place at Becker's Car Service where the drivers laugh, bicker and fight while waiting for requests to come in from a payphone on the wall. There are nine characters all getting equal stage time: veterans of two wars, a father and son, lovers, an ex-con, and a flashy gossip with a gun.

Although Jitney was the first play written in The Cycle it was the last to appear on Broadway in 2017.

A fictional story about a real woman, Ma Rainey's Black Bottom was the only play in The Cycle set in Chicago. It explores racism, the often-fraught history of Black musicians and white producers and what it means to really sing the blues. Ma Rainey says in the play, “White folks don't understand about the blues. They hear it come out, but they don't know how it got there. They don't understand that's life's way of talking. You don't sing to feel better. You sing 'cause that's a way of understanding life.”

Inspired by Romare Bearden's Mill Hand's Lunch Bucket painting, which was set in a boarding house and showed an abject man sitting in defeat, Wilson reimagined him in Joe Turner's Come and Gone. His main character, Herald Loomis, after enduring seven years of illegal servitude, travels from boarding house to boarding house with his 11-year old daughter in search of the wife and mother who deserted them.

Joe Turner's Come and Gone made it to Broadway in 1988, featuring Angela Bassett and was revived in 2009.

The best known of Wilson's plays, Fences presents the hardness a man develops after his athletic talents and opportunity for a better future are wasted because of racism; only years later, he's forced to confront his son who wants to pursue a similar path in a different time. The original Broadway production in 1987 won Tonys for James Earl Jones, Mary Alice and Best Play. It won the Pulitzer Prize for Drama that year. In 2010, it won Tonys for Best Revival and Denzel Washington and Viola Davis for Best Actor and Actress in a Play. A 2016 film directed by Washington was nominated for several Oscars, winning one for Davis.

The Piano Lesson is about a brother and sister who fight over whether to sell a family heirloom to purchase land that their enslaved ancestors once worked on or to keep it as part of their familial history.

The play was filmed for television in 1995, starring Alfre Woodard and Charles S. Dutton who originated the role on stage.

At a soon-to-be-demolished lunch counter in the economically suffering Hill District, racial tensions of the era are passionately debated by the staff and regulars. Two Trains Running includes the first mention of an offstage 322-year-old prophet, Aunt Ester, who is seen in Wilson's later plays.

Ruben Santiago-Hudson won a Featured Actor Tony for Two Trains Running. He shared the stage in the Broadway production with Laurence Fishburne and Davis.

Seven Guitars is set in the backyard of a Pittsburgh tenement where a womanizing blues singer, recently released from prison, tries to right what he has wronged.

Keith David, Davis and Santiago-Hudson (Tony winner for the role) starred in the production.

King Hedley II tells the story of residents from a scarred neighborhood fighting to stay alive as part of the struggling underclass in the Reagan era.

Brian Stokes Mitchell, Leslie Uggams and Davis (who won a Featured Actress Tony) brought this production to the Broadway stage.

In Radio Golf, Black real estate developers (and a Mayoral) hopeful want to tear down the house where Aunt Ester once lived to make room for a shopping and apartment complex. Legacy and history are at odds with new ideas about Black ambitions and progress.

This is the last play Wilson completed before his death from liver cancer in 2005.