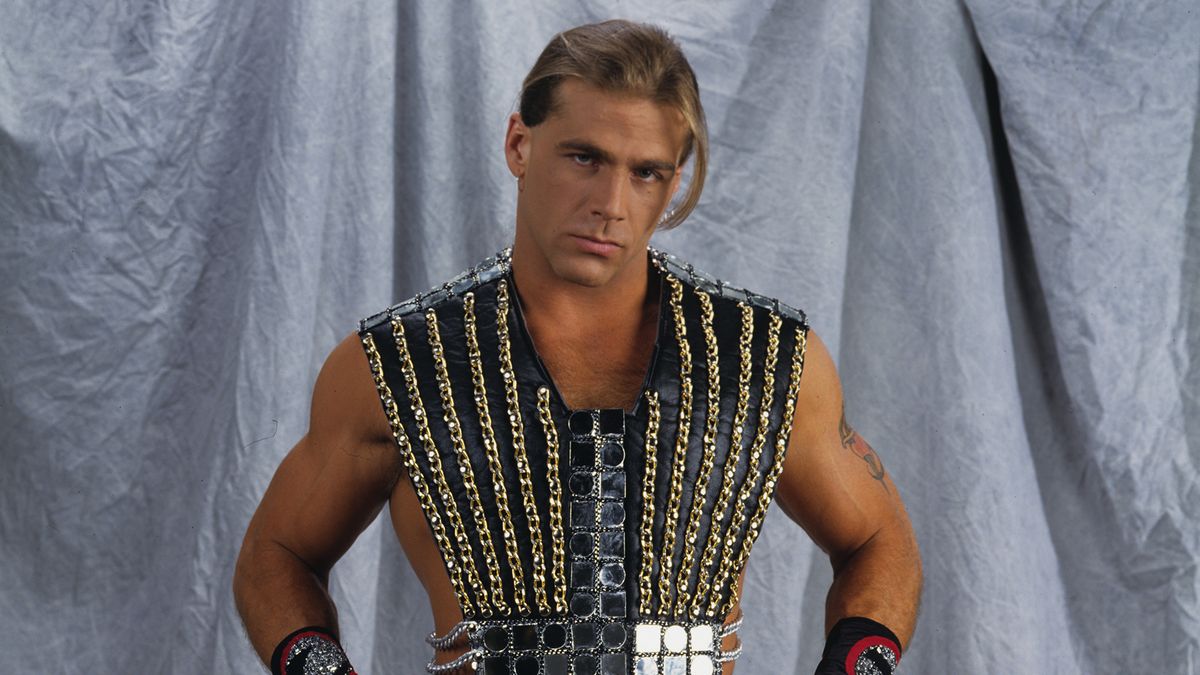 Upon arriving in Las Vegas in 1986 as a 20-year-old professional wrestling rookie, Shawn Michaels won $750 his first time playing a slot machine. His good fortune wouldn’t last long, however. Later that night, Michaels also used cocaine for the first time, thus beginning his descent into what he calls his ultimate “downfall,” before he’d even stepped into the Showboat ring. The irony isn't lost on Michaels that his early drug use — which helped him tap into the hard-partier persona that launched his storied career — also led to a debilitating addiction that would plague him for the next decade.

Michaels admits to doing 'a lot of drugs'

Early on in his career, Michaels and his Midnight Rockers tag team partner, Marty Jannetty, began partying as much, if not more, than they competed. In fact, Jannetty estimates that if they were on the road 300 days a year, they “partied 290 of them,” admitting in the A&E special Biography: Shawn Michaels they were also doing “a lot of drugs” at the time. Michaels, for his part, insists they “always did the job,” but all-night partying, which sometimes involved trashing hotel rooms, was par for the course.

Their raucous lifestyle also earned them a bad reputation. Despite the liability he presented, Michaels, in 1987 achieved his childhood dream of joining the WWE when CEO Vince McMahon hired the duo under the name The Rockers. After just one day with the company, however, the Rockers were fired following an incident at a Buffalo, New York bar while meeting their new colleagues. (Michaels still insists that, contrary to reports, he only broke a glass over his own head and left the bar.) “That was my one big shot,” Michaels says, remembering how he believed that his career was over before it began.

Despite the Continental Championship Wrestling (CCW) giving them a job afterward, Michaels says he and Jannetty only wrestled “in front of 25 people for $300 per week.” He also describes taking advantage of offers to be partially paid in cocaine “nine times out of 10.” When coming down from his highs, Michaels’ lows were “just so really low,” he says, and he became so depressed that he even began having suicidal ideation. “At that time it would’ve wrecked my parents,” Michaels explains. “Their suffering is what pulled me back from that.” 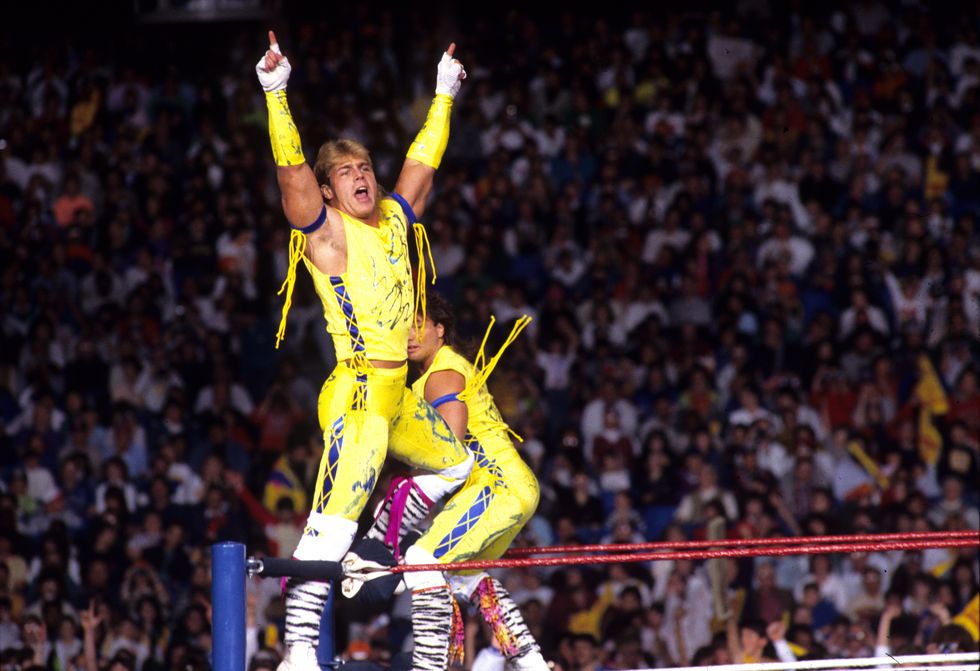 His drug use escalated when he became 'Heartbreak Kid'

The Rockers eventually got a second chance with the WWE in 1988, though Michaels and Jannetty later split as a tag team in early 1992. Following the televised breakup stunt during which Michaels put Jannetty’s head through a glass window, the San Antonio-raised wrestler embraced his villain edit and adopted a new, arrogant “Heartbreak Kid” persona. Michaels, who admits to not being comfortable with himself at the time, describes channeling Elvis and Freddie Mercury for the character because he related to the way both performers were positive on stage, despite struggling in their private lives.

At the same time Michaels went solo, “pills were being passed around bars,” according to WWE Hall of Famer Scott Hall, who said Michaels was quickly suspended after testing positive for steroids. Vince McMahon remembers Michaels being an “egomaniac” during this era, but thanks to a personal stroke of luck, he eventually won his first world championship at WrestleMania XII in March 1996.

The victory wasn’t all Michaels thought it would be. “I felt a lot of pressure and I didn’t handle it well,” he admits. “For me, it was all about running and escaping… from the dude I’d become.” Rather than face his issues, Michaels turned to prescription pills and alcohol, and friend and colleague Paul “Triple H” Levesque recalls Michaels passing out nightly. He’d even have to roll Michaels to his hotel room on a luggage cart and set an alarm to check on him every couple of hours.

Michael’s drug use got so bad that McMahon eventually flew to San Antonio to meet with his father, United States Air Force pilot Dick Hickenbottom. According to McMahon, Hickenbottom “got angry” and “just didn’t want to hear it.” Michaels, for his part, believes that nobody knew how to address his problem. “Even things like rehab, my parents... I don’t know that they knew what it was that you did,” he says.

He got sober for his children

Following a January 1998 Royal Rumble match with The Undertaker, Michaels suffered a serious back injury, all but guaranteeing the end of his pro wrestling career. He recalls becoming very bitter after receiving the news. “I am not just a drug addict, I’m an angry one, and I mean angrier than ever,” adds Michaels. “At that time in my life, that’s all I had. I identified who I was with what I was doing in that ring. And without it, I wouldn’t have known what to do with my life.”

The injury also gave him a legitimate reason to take painkillers and muscle relaxers. Wife Rebecca Curci Hickenbottom, whom Michaels married in 1999, describes him passing out over his food a couple of times a week. When their son, Cameron, was about 2 years old, however, he had a wake-up call. “It’s sort of dawning on me that he was now being able to recognize clearly my state of mind,” says Michaels, who remembers crying “like a baby” while looking at himself in the bathroom mirror one day after Cameron saw him passed out on the sofa.

“I think that was the last straw for him,” Rebecca explains of her husband. “He woke up the next morning and told me he was never taking pills or drinking again, and from that point, he didn’t. It was an instantaneous letting go of the drugs and alcohol.”

Once sober, Michaels became a Born Again Christian, and, after using what he calls the power of prayer to heal his back pain, returned to the WWE in 2002 as a changed man. Some argued that Michaels was in his prime after coming out of retirement, and when he eventually retired following a 2010 WrestleMania rematch against The Undertaker, he did so on his own terms. As Michaels sums up, “Believe it or not, the same business that might’ve almost killed me, I think is the same business that saved me.”