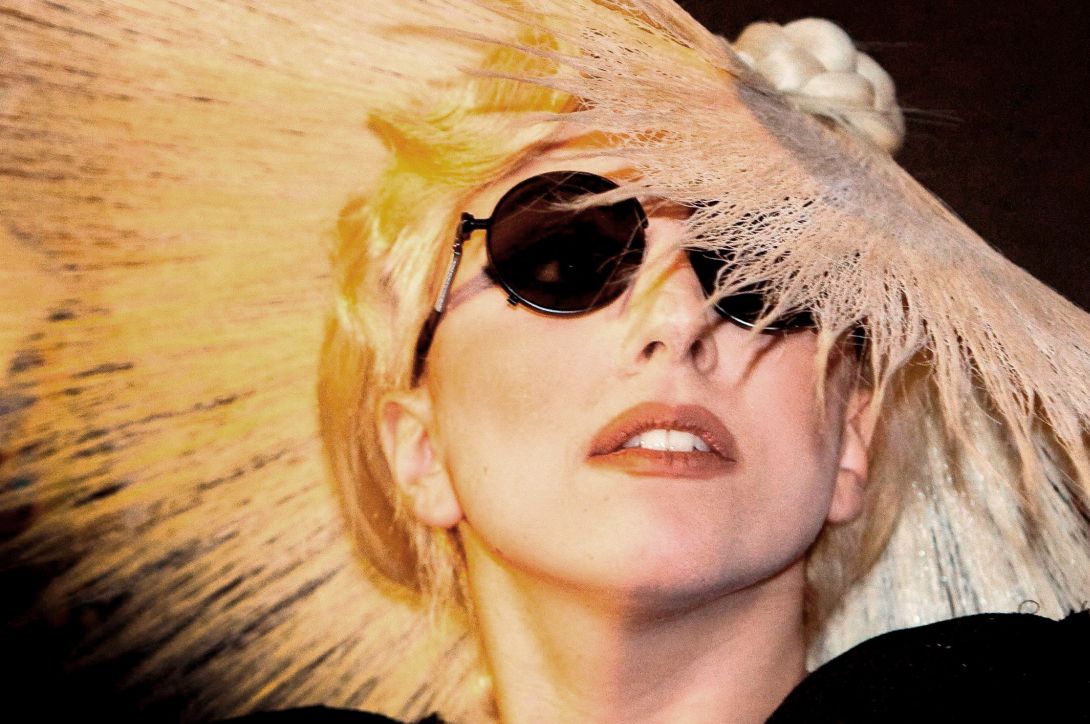 You'd think with the term "love-love," tennis would be a genteel sport, and perhaps for female tennis players who were active participants since its inception in the late 19th century, it indeed was. After all, they were required to wear corsets and long skirts while playing, which most likely contributed to one woman's reported fainting spell during a championship match on an excessively hot day in 1884. (The incident encouraged the notion that women were too fragile to be serious athletes.)

Fast forward a few generations later, however, and women's tennis has become a totally different ball game in athleticism, competitiveness, speed, prize money, outfits — and drama. From Monica Seles' stabbing and Serena Williams' temper tantrums to Maria Sharapova's doping, here's a look at some of the most controversial female tennis players in history. 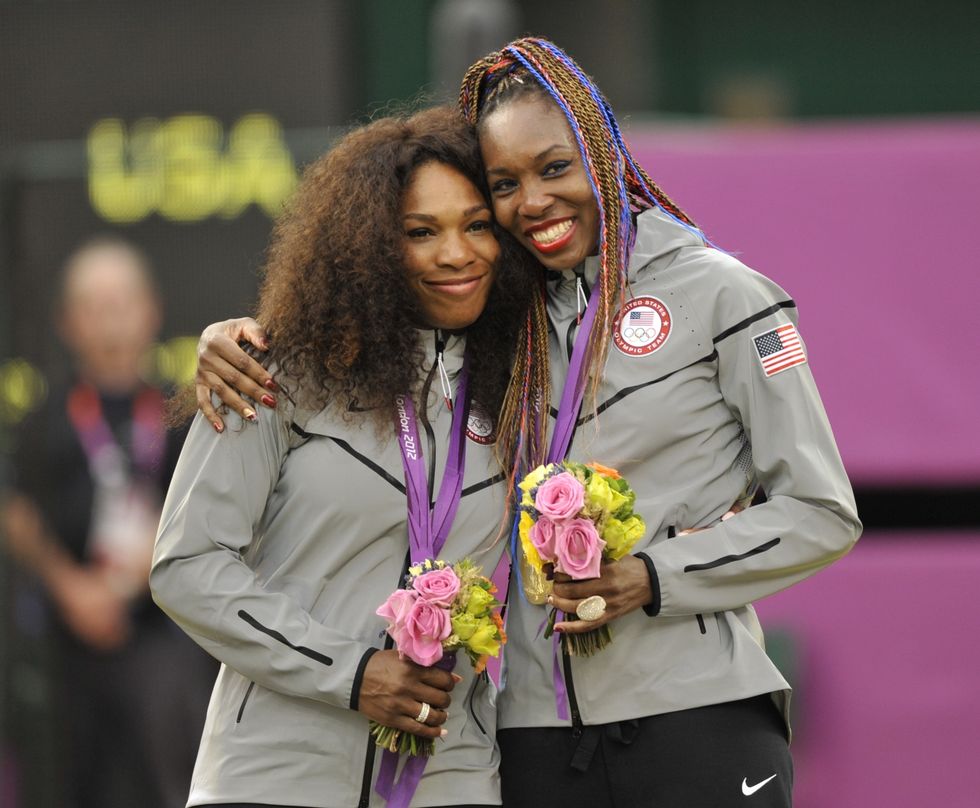 Sisters Serena and Venus Williams' achievements in the world of tennis are the stuff of legends. With each sister having won dozens of singles and doubles titles, multiple Olympic gold medals, and taken turns being ranked No. 1 in the world, their fierce competitiveness and unapologetic attitude have brought them both praise and criticism throughout the over two decades since they went pro.

Some of the more notable the sisters' controversies include:

"I just really wanted to apologize sincerely because I'm a very prideful person, and I'm a very intense person and a very emotional person," she said in a statement. "I wanted to offer my sincere apologies to anyone that I may have offended."

Unlike many tennis stars whose dramas are self-inflicted, Monica Seles was a victim of one. As the youngest person to have won the French Open at 16 in 1990, Seles was taking the sport by storm. In 1993 she was at the apex of her professional career: She not only had pushed out Steffi Graf to become the No. 1 female tennis player in the world, but she also won seven of eight Grand Slams that she participated in at the time.

But that same year her winning streak came to a temporary halt when a crazed Graf fan jumped out onto the court and attacked Seles who was in between a quarter-final match with Magdalena Maleeva in Hamburg, Germany.

The fan stabbed Seles in the back with a nine-inch boning knife, which influenced the star's decision to take a two-year break from pro tennis. When she returned in 1995, Seles was able to add a fourth Australian Open win the following year but never could match the momentum she had prior to the incident.

Some sports historians and tennis players believe that had Seles not been stabbed, she could've become the most decorated female tennis player of all time.

Russian tennis star Maria Sharapova is not only known for being a No. 1 ranked tennis player, a Grand Slam champion five times over and an Olympic silver medalist, but she is also famous for her beauty, having attracted lucrative endorsement deals from Nike, Canon and Cole Haan.

But in 2016 Sharapova's star took an abysmal nosedive when she failed a drug test during the Australian Open, testing positive for a banned doping substance meldonium. As a result, she was forbidden to play the sport for two years. The sentence was reduced to 15 months after she appealed, stating she had taken the drug "based on a doctor's recommendation... with good faith belief that it was appropriate and compliant with the relevant rules."

In 1997 Martina Hingis became the youngest No. 1 female tennis star in the world at age 16. Among her many achievements in her 23-year professional career, Hingis won five Grand Slams, 13 Grand Slam doubles and a silver medal in the 2016 Olympics.

But in 2007, at the age of 27, Hingis (dubbed "Swiss Miss"), decided to retire soon after she was discovered to have cocaine in her system after playing Wimbledon.

"When I was informed I had failed my 'A' test following my defeat at Wimbledon I was shocked and appalled," Hingis said. "I'm frustrated and angry because I believe I'm 100 percent innocent and accusations such as these don't provide me with the motivation to continue. My only performance enhancer is the love of the game."

Although Hingis appealed the results, the International Tennis Federation suspended her from participating in the sport for two years.

Outside the court, Hingis' problems didn't fare any better. In 2013 her husband, French equestrian jumper Thibault Hutin, told a Swiss newspaper that she had had multiple affairs and that once he caught her in the act. The two eventually divorced.

Despite her scandals, Hingis came out of retirement and made a big comeback, especially in the doubles category, ultimately winning 11 Grand Slams. She left the sport for good in 2017.

Gabriela Sabatini was a tennis prodigy of the late 1980s and early 90s. At 14 she turned pro and throughout her successful 12-year career, she had earned more than $7 million dollars in prize money, 27 singles titles, 14 doubles titles, and a silver medal at the Seoul Olympics. At the age of 26, she retired from the game as the third-best female player in the world and later launched a successful fragrance business.

It was only much later in life that Sabatini revealed a big secret: She would purposely lose games to avoid the spotlight.

"When I was younger and thought that I had to talk after winning a tournament, I often lost in the semifinals so I did not have to. It was that bad!" she admitted to a newspaper in 2013.

Another tennis prodigy, Jennifer Capriati, entered the women's pro tennis circuit in 1990 at age 13 — just one month shy of her 14th birthday. After winning her first gold medal at the 1992 Olympics in Barcelona and multiple WTA tournaments, Capriati found herself in trouble with the law on two accounts: one for shoplifting in 1993 and the other for marijuana possession in 1994.

Burned out by her meteoric rise to fame, an 18-year old Capriati sought drug counseling and admitted harboring suicidal thoughts. After taking a break to recuperate, she returned to the game in full force. In her impressive 14-year career, she won 14 pro singles titles — including three Grand Slams — one women's doubles title, and a no. 1 world ranking in 2001.

After her retirement in 2004, Capriati still struggled in her personal life. In 2010 she experienced a drug overdose and three years later, was charged for stalking and attacking her ex-boyfriend, although the charges were later dropped. Still, regardless of her shortcomings, Capriati is considered one of the top tennis players of all time.

Two-time Grand Slam champ Mary Pierce may have been taught to be a fighter on the court, but she wasn't prepared to fight off of it — and with her parent no less.

In 1993 her father and coach, Jim, was banned from all WTA events after exhibiting abusive behavior at the French Open, which included him screaming out "Mary, kill the b*tch!"

Pierce later admitted that her father, who implemented brutal training methods, had abused her both physically and verbally and even threatened to kill her. After deciding to no longer work with him, Pierce hired bodyguards and had two restraining orders filed against him. However, when her career began taking a dip, she brought him back on as an ad hoc coach in 2000 and reconciled their relationship.

Before the Williams sisters raised eyebrows with their avant-garde accouterments, there was Gussie Moran. In 1949 she was invited to Wimbledon as the fourth-ranked female in the national tennis league.

In preparation for the esteemed event, Moran asked Wimbledon host Ted Tinling to design an outfit for her. The finished product turned out to be a disaster — with many frills to prove it. Underneath her short tennis dress, Moran wore ruffled shorts with lace trim that revealed her knickers whenever she ran across the courts.

Her frilly panties earned her the nickname "Gorgeous Gussie" from the press, which did what it could to capture low shots of her to get a glimpse of her underpants. Conservative tennis committee members were an uproar about her risque outfit, accusing Moran of bringing "vulgarity and sin into tennis."

Despite the embarrassing incident, Moran found success as the women's doubles match runner-up the same year.