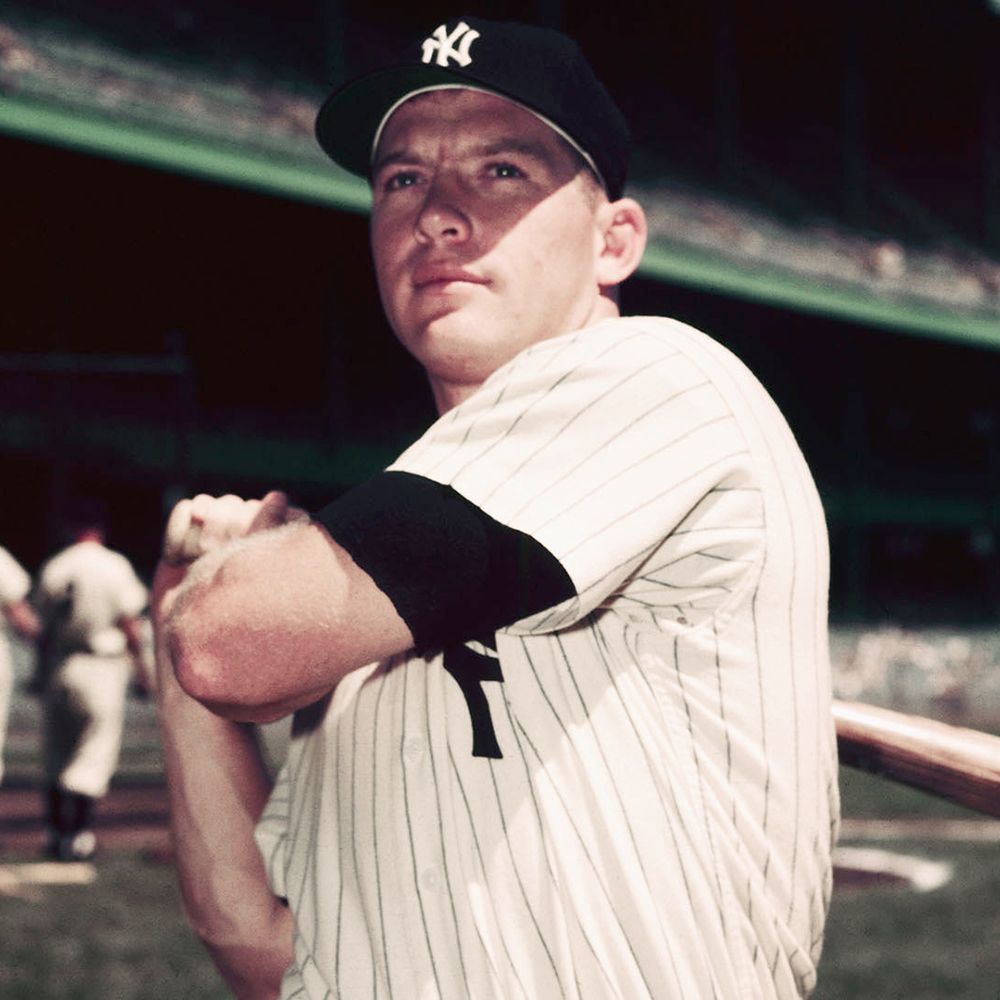 Who Was Mickey Mantle?

Scouted while in high school, Mickey Mantle joined the majors at age 19. He played his first game for the Yankees in 1951 and stayed with the team for his entire 18-year career, hitting 536 home runs and being named the American League's Most Valuable Player three times. He died in Texas in 1995.

Mickey Charles Mantle was born on October 20, 1931, in Spavinaw, Oklahoma. Named by his baseball-loving father after Detroit Tigers catcher Mickey Cochrane, Mantle was trained from a young age to be a switch-hitter. A New York Yankees scout saw him play while in high school, and Mantle subsequently signed on for two years in the minors before joining the major league team at the age of 19.

Playing for the Yankees

Mantle played his first game for the Yankees in 1951, eventually replacing Joe DiMaggio in center field. During his 18-year career with the Yankees, the switch-hitting slugger hit 536 home runs and was voted the American League's Most Valuable Player three times (1956–57, 1962). In 1956, he won the American League triple crown with 52 home runs, 130 runs batted in and a .353 batting average.

Throughout his career, Mantle was plagued by injuries and leg pain caused by osteomyelitis, yet he persevered to leave one of the greatest baseball legacies of all time.

After retiring from baseball on March 1, 1969, Mantle became a restaurateur and television commentator. He was also featured in numerous documentaries and sports videos. A fan favorite, he was elected to the National Baseball Hall of Fame in 1974.

After years of hard drinking, Mantle entered the Betty Ford Clinic in 1994 and was diagnosed with cirrhosis, hepatitis and cancer of the liver. "If I knew I was going to live this long, I'd have taken better care of myself," he stated around this period. Mantle received a liver transplant in 1995, but died of a heart attack that same year—on August 13, 1995, at the age of 63, in Dallas Texas. He was survived by his wife, Merlyn (Johnson) Mantle, and three sons: David, Danny and Mickey Jr. A fourth son, Billy, died in 1994 of Hodgkin's disease.