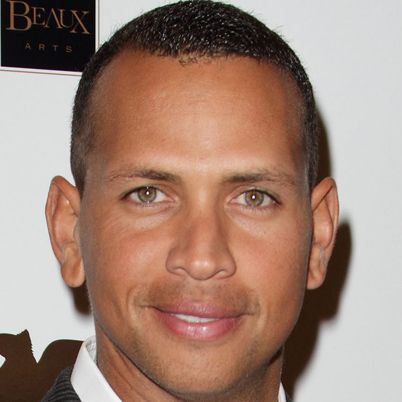 Who Is Alex Rodriguez?

Alex Rodriguez made his Major League Baseball debut with the Seattle Mariners at age 18. Blessed with tremendous all-around ability, he became a home run champ and a three-time MVP during his years with the Texas Rangers and New York Yankees. He also drew criticism for his postseason struggles and was suspended for the entire 2014 season for using performance-enhancing drugs. Rodriguez played his final game in August 2016, finishing among the all-time leaders in home runs, RBIs and runs scored, before embarking on a broadcasting career.

Alexander Emmanuel Rodriguez was born on July 27, 1975, in New York City, the youngest of Victor Rodriguez and Lourdes Navarro's three children. At an early age, baseball was a central part of Rodriguez's life. His father was a former pro catcher in his native Dominican Republic and a passionate New York Mets fan.

"I saw how passionate he was about the game," Rodriguez once recalled. "How closely he paid attention to it. That rubbed off on me."

At age 4, Rodriguez moved with his family to the Dominican Republic, where he first started playing baseball. When he reached fifth grade, however, the Rodriguez family was on the move again, this time relocating to Miami. Not long afterward, Victor and Lourdes separated, leaving Rodriguez's mother to raise the family on her own.

In high school, Rodriguez was a gifted football player, playing quarterback at Westminster Christian School, a small private school in Miami. On the baseball field, Rodriguez was an even bigger star. In his junior year, he hit .477 and stole 42 bases in just 35 games while leading the school to the 1992 state championship. By his senior year, Rodriguez had made the decision to concentrate fully on baseball, and scouts jammed the school's ball field to watch the 6-foot-3, 195-pound shortstop play.

Rodriguez had already committed to attend the University of Miami, but when he was selected No. 1 overall in Major League Baseball's 1993 amateur draft by the Seattle Mariners, he went pro by signing a three-year, $1.3 million contract.

Rodriguez's rise through the Seattle system was meteoric, and he made his Major League debut in 1994, a few weeks before his 19th birthday. He logged only 54 at-bats that year and 142 the following season, but by 1996, Rodriquez, as he quickly came to be known, was a bona fide star. That year he batted .358, clubbed 36 home runs and knocked in 123 runners to finish second in the MVP race. Over the next decade, Rodriguez proved to be one of baseball's best all-around players, putting up gaudy numbers that put him on track to be one of the game's all-time greats.

In 2001, Rodriguez signed the most lucrative contract in baseball history when he inked a 10-year, $252 million deal with the Texas Rangers. He arguably proved he was worth every penny, leading the American League in home runs for three consecutive years and winning the MVP award in 2003, but the team around him never took off like he'd hoped. Following the 2003 season, he was traded to the New York Yankees, even agreeing to move to third base so the club's popular shortstop, Derek Jeter, could stay put.

In New York, Rodriguez continued to post big numbers. He won another MVP award in 2005 after hitting .321 with 48 home runs, and delivered a monster season for the ages in 2007, topping the Majors with 54 homers, 156 RBIs and 143 runs to snag a third MVP trophy. That same year, on August 4, at age 32, he became the youngest player to hit 500 career home runs.

For all his talent, Rodriguez struggled to win over the tough New York fans, and even drew criticism from teammates. His reputation took a hit before the start of the 2009 season, when he admitted to taking steroids earlier in his career, raising questions about the validity of his numbers.

For years he was also dogged by an inability to come up big in the postseason. On that front, at least, Rodriguez silenced some of his critics when his bat caught fire and he slugged the Yankees to a World Series championship in 2009.

Off the field, his personal life became the stuff of tabloids. Following years of rumors about Rodriguez's infidelity, his wife, Cynthia, left him in 2008 after he reportedly had an affair with Madonna.

It looked like Rodriguez would go down in baseball history as one of the game's most prolific offensive players. In 2010, he became the seventh player in Major League history to hit 600 career home runs. Two years later, in June 2012, he tied Yankee legend Lou Gehrig's record of 23rd grand slams, en route to a total of 25.

Rodriguez, however, found himself under fire in early 2013. Already on the disabled list after hip surgery, he faced new allegations of using performance-enhancing drugs. These claims surfaced in a New Miami Times article published in late January. The news report linked Rodriguez to a Florida clinic run by Dr. Anthony "Tony" Bosch, who reportedly supplied banned substances to Rodriguez and several other athletes.

After the performance-enhancing drug story ran, it appeared that Rodriguez's days with the New York Yankees were numbered. ESPN and the New York Daily News printed articles stating that the Yankees were seeking a way to end their contract with Rodriguez.

Despite his denials, continued investigations painted a bleak outlook for Rodriquez, with reports surfacing that MLB had proof of his transactions with Bosch. In anticipation of an announcement, Rodriguez's representatives attempted to negotiate a settlement with Major League Baseball that would avoid a lifetime ban.

On August 5, 2013, Rodriguez got the news he had been dreading: The league's commissioner, Bud Selig, announced in a statement that Rodriguez would be suspended for 211 games without pay, a period that would cover the remainder of the 2013 season and the entire 2014 season. Rodriguez appealed his suspension on August 7 — he was allowed to play while the suspension was being appealed — with the arbitration hearing scheduled for September 30.

Rodriguez filed two lawsuits in relation to his athletic career soon after beginning his appeal. On October 3, 2013, he filed a lawsuit against MLB and Selig, alleging that they "engaged in tortious and egregious conduct with one and only one goal ... to destroy the reputation and career of Alex Rodriguez." The following day, Rodriguez also filed a medical malpractice lawsuit against Dr. Christopher Ahmad — Yankees team physician — and the New York Presbyterian Hospital.

On January 11, 2014, MLB arbitrator Fredric Horowitz ruled that Rodriguez was to remain suspended for the 2014 regular season, amounting to a reduced suspension of 162 games in total. In response, Rodriguez filed yet another lawsuit against Horowitz and the players union to overturn his suspension. Rodriguez claimed that Horowitz "refused to entertain evidence that was pertinent and material to the outcome of the arbitration," and that the union failed in its "duty of fair representation."

In yet another twist to the case, in early November of 2014, The Miami Herald reported that Rodriguez had actually admitted to federal agents that he had used performance-enhancing drugs from 2010-12, after being granted immunity from prosecutors during a drug investigation. However, by then the battered star's suspension was complete, and he was seeking to mend fences with both the new MLB commissioner, Rob Manfred, and his employers in the Yankees organization.

End of a Storied Career

Rodriguez's return to the Yankees dominated much of the media coverage during the 2015 Spring Training season, but eventually the focus turned to his rejuvenated form. On May 7, Rodriguez slugged career home run No. 661 to pass the great Willie Mays for fourth all time. More milestone moments followed, as he became just the second player to officially compile 2,000 career RBIs, and the 29th to collect 3,000 hits. Although he slowed down over the final two months of the season, he finished with 33 homers and 86 RBIs, his highest totals in years.

However, the stumble to the finish line turned out to be an omen for things to come, as Rodriguez never got on track during the 2016 season. With his numbers sagging and the Yankees giving preference to younger players, many wondered whether the team would simply release him. The answer came in press conference on August 7, in which Rodriguez announced that he would play his last game on August 12, after which he would be released as a player and slide into his new role as a special adviser to the team.

Following a brief pregame ceremony on August 12, Rodriguez donned the Yankee pinstripes for one final time as a player, contributing an RBI double in the first inning to help his team win. While he never reached the record-shattering heights that once seemed attainable, the slugger still finished with numbers that rank among the best ever in several categories, including home runs (696), RBIs (2,086), hits (3,115) and runs (2,021). Along with his three MVP awards, he won two Gold Gloves for his fielding prowess and was selected for 14 All-Star Games.

After hanging up his spikes, Rodriguez moved to the broadcasting booth to become an analyst for Fox Sports and ESPN, drawing praise for his insight and ability to relate his extensive baseball knowledge to viewers.

Rodriguez married Cynthia Scurtis in 2002. They have two children — Natasha (born 2004) and Ella (born 2008). The couple divorced in 2008. Rodriguez has reportedly dated various celebrities including Kate Hudson and Cameron Diaz.