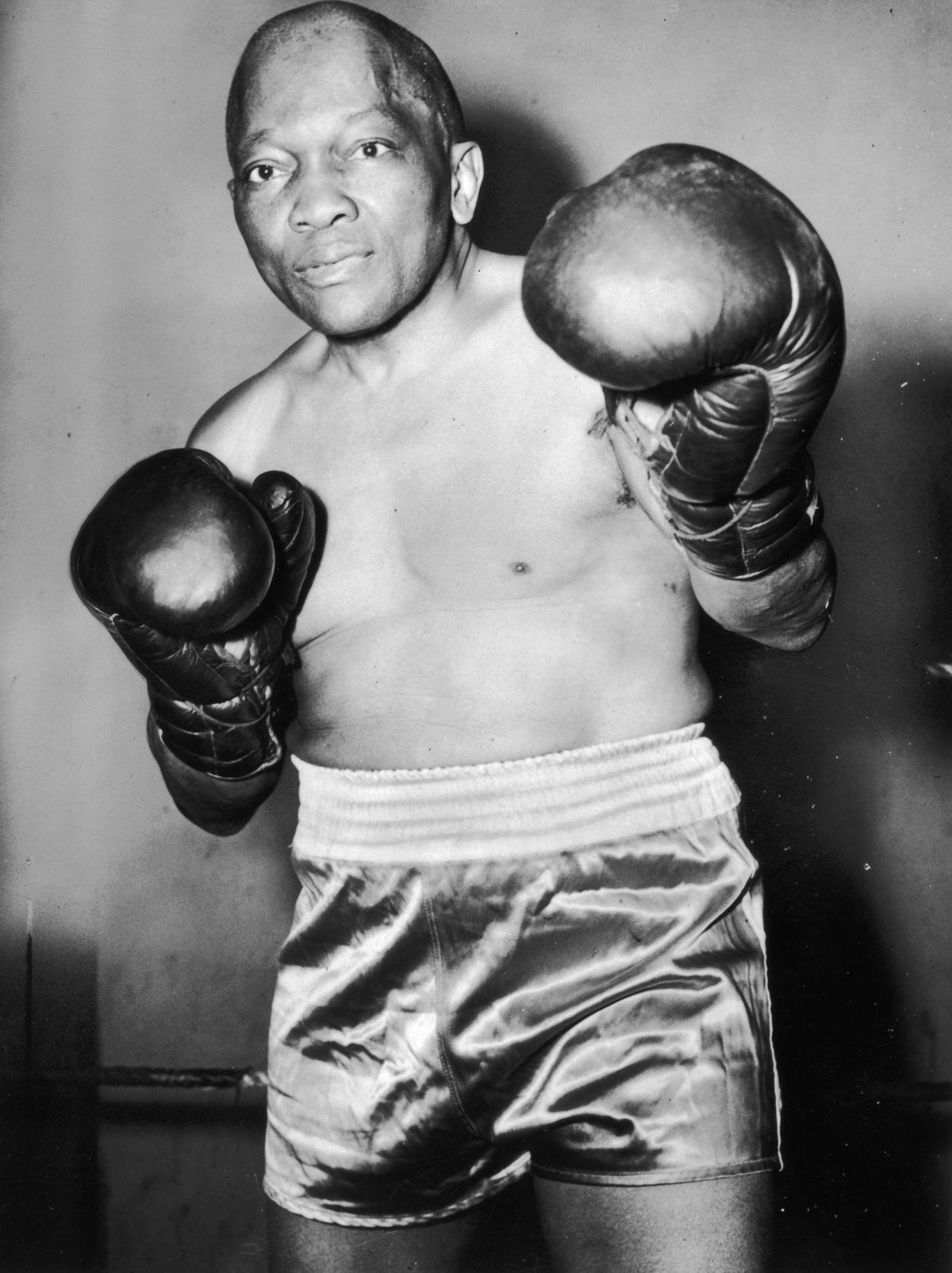 Who Was Jack Johnson?

Boxer Jack Johnson was born in Galveston, Texas, in 1878. In 1908 he became the first African American to win the world heavyweight crown when he knocked out the reigning champ, Tommy Burns. The fast-living Johnson held on to the title until 1915 and continued to box until he was 50. He died in an automobile accident in Raleigh, North Carolina, in 1946.

The first Black heavyweight champion, John Arthur "Jack" Johnson was born on March 31, 1878, in Galveston, Texas. The son of ex-slaves and the third of nine children, Johnson possessed an air of confidence and drive to exceed beyond the hardscrabble life his parents had known.

After a few years of school, Johnson went to work as a laborer to help support his family. A good deal of his childhood, in fact, was spent working on boats and sculleries in Galveston.

By the age of 16, Johnson was on his own, traveling to New York and later Boston before returning to his hometown. Johnson's first fight came around this time. His opponent was a fellow longshoreman, and while the purse wasn't much — just $1.50 — Johnson jumped at the chance and won the fight. Not long after he earned $25 for managing to stick out four rounds against professional boxer Bob Thompson.

By the early 1900s, the 6'2" Johnson, who'd become known as the Galveston Giant, had made a name for himself in the Black boxing circuit and had his eyes set on the world heavyweight title, which was held by white boxer Jim F. Jeffries. Jeffries refused to fight him, though he wasn't alone; white boxers would not spar with their Black counterparts.

But Johnson's talents and bravado were too hard to ignore. Finally, on December 26, 1908, the flamboyant Johnson, who often taunted his opponents as he beat them soundly, got his chance for the title when champion Tommy Burns fought him outside of Sydney, Australia. Burns, who had succeeded Jeffries as champion, had only agreed to fight Johnson after promoters guaranteed him $30,000. The fight, which novelist Jack London attended and wrote about for a New York newspaper, lasted until the 14th round, when police stepped in and ended it. Johnson was named the winner.

'Fight of the Century'

From there, Johnson continued his calls for Jeffries to step into the ring with him. On July 4, 1910, he finally did. Dubbed the "Fight of the Century," more than 22,000 eager fans turned out for the bout, held in Reno, Nevada. After 15 rounds, Johnson came away victorious, affirming his domain over boxing and further angering white boxing fans who hated seeing a Black man sit atop the sport.

Jeffries was humbled by the loss and what he'd seen of his opponent. "I could never have whipped Johnson at my best," he said. "I couldn't have hit him. No, I couldn't have reached him in 1,000 years." For the fight, Johnson earned a purse of $117,000. It would be five years before he relinquished the heavyweight title, when he fell to Jess Willard in a 26-round bout in Havana, Cuba. Johnson continued to fight for another 12 years, hanging up his gloves for good at the age of 50.

In total, John's professional record included 73 wins (40 of them being knockouts), 13 losses, 10 draws and 5 no contests.

As Johnson became a bigger name in the sport of boxing, he also became a bigger target for a white America that longed to see him ruined. For his part, Johnson loved to brandish his wealth and his disdain for racial rules.

He dated white women, drove lavish cars and spent money freely. But trouble was always lurking. In 1912, he was convicted of violating the Mann Act for bringing his white girlfriend across state lines before their marriage. Sentenced to prison, he fled to Europe, remaining there as a fugitive for seven years. He returned to the United States in 1920 and ultimately served out his sentence.

His life came to an unfortunate end on June 10, 1946, when he died in an automobile accident in Raleigh, North Carolina.

Johnson had three spouses, all of whom were white women, which caused great controversy. His first marriage was in 1911 to Brooklyn socialite and divorcée Etta Terry Duryea. Their relationship was anything but stable and Duryea, who suffered from depression, ended up committing suicide in 1912.

Just a few months after Duryea ended her life, Johnson married Lucille Cameron, but she divorced him in 1924 because of his philandering. A year later the boxer married Irene Pineau and the couple remained together until his death in 1946.

Since his death, Johnson's life and career have undergone a major rehabilitation. His alleged crimes are now seen as the result of racial bias in law enforcement. In 1970 Johnson was portrayed by actor James Earl Jones in the film adaptation The Great White Hope, which was sourced from the 1967 play by Howard Sackler. Jones and his co-star Jane Alexander both received Oscar nominations for their work on the film. Twenty years later, Johnson was inducted into the International Boxing Hall of Fame and his life also became the subject of the acclaimed Ken Burns’ documentary Unforgivable Blackness (2004).

In April 2018, President Donald Trump tweeted that, after receiving a phone call from actor and boxing aficionado Sylvester Stallone, he was considering a full posthumous pardon for Johnson's violation of the Mann Act. In May 2018, Trump granted Johnson a posthumous pardon.

Several lawmakers had sought the pardon in recent years. In 2016, Senators John McCain and Harry Reid and Congressmen Peter King and Gregory Meeks wrote a joint letter to President Barack Obama, asking him to overturn the "ongoing injustice" of Johnson's "racially-motivated conviction." In 2017, Senator Corey Booker joined his colleagues in introducing a resolution on behalf of the boxer.