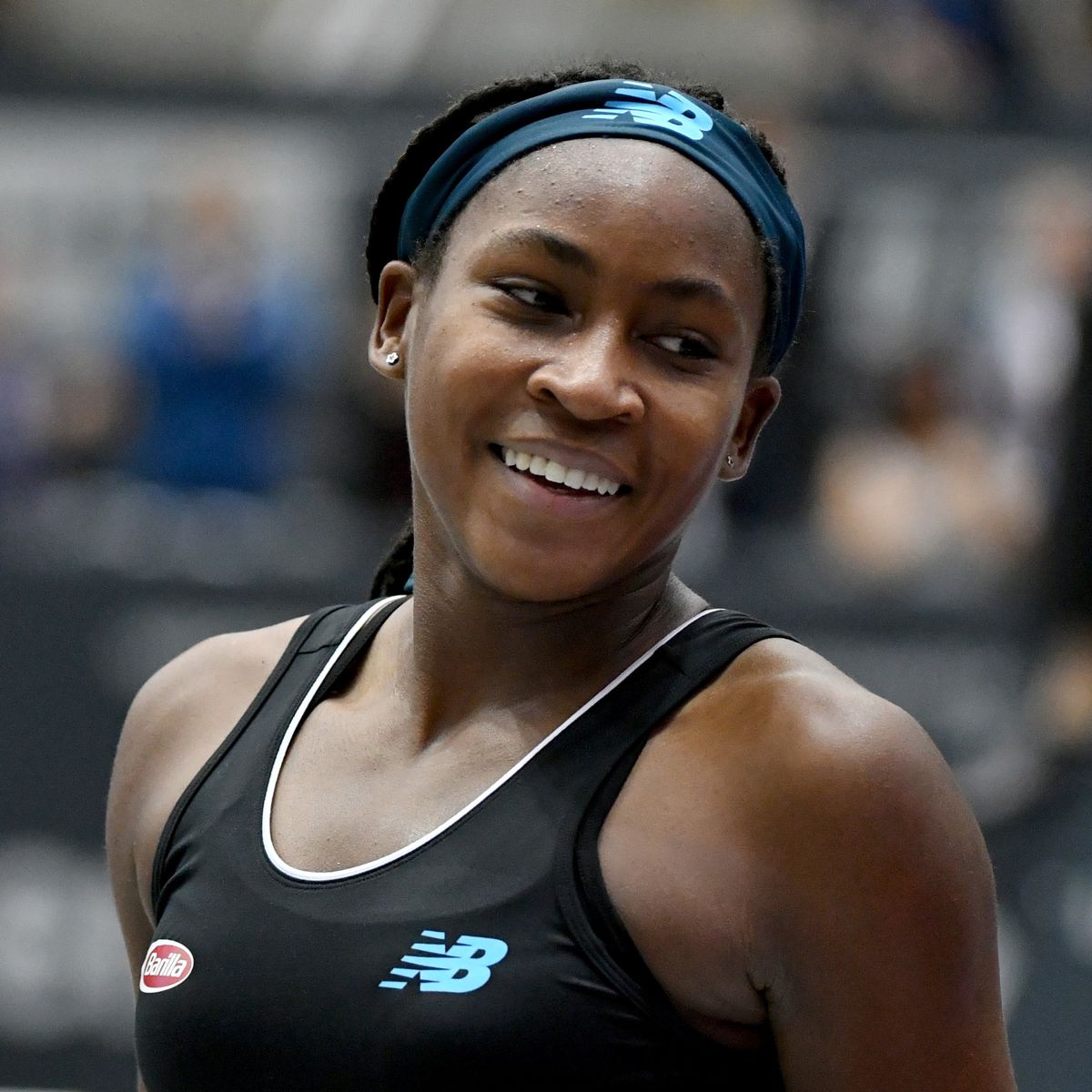 Who Is Coco Gauff?

Cori "Coco" Gauff is a professional tennis player. After receiving a wild card entry to Wimbledon in 2019 when she was 15, she defeated five-time Wimbledon champion Venus Williams in the first round. That year Gauff also reached the third round of the U.S. Open and won her first singles title. In 2021, she added a second singles title to her name and played in the quarterfinal of the French Open. Gauff was added to the U.S. Olympic team in June 2021, but had to withdraw after testing positive for Covid-19.

Cori "Coco" Gauff was born on March 13, 2004, in Delray Beach, Florida. She was named Cori after her father, Corey, and received his nickname of Coco as well. Gauff's father played Division I basketball at Georgia State University. Her mother, Candi, was a gymnast who also participated in Division I track and field at Florida State University.

Gauff spent her early years in Georgia. Her mother was a teacher, while her father was a pharmaceuticals executive. To support Gauff's tennis training and career, her parents opted to leave their jobs and move back to Delray Beach, Florida. Candi began to homeschool her daughter while Corey became his daughter's coach. Gauff has two younger brothers, Cameron and Cody.

Because Gauff's parents were athletes, they wanted their firstborn to pursue a sport. Gauff began playing tennis at the age of 6. By the time she was 10, she had traveled to France to work with Patrick Mouratoglou, who coaches Serena Williams. Gauff has continued to train with Mouratoglou, but her father is her main coach.

Corey has said of Gauff's development, "Be a well-rounded athlete, learn other sports — that's one thing we emphasized with Coco early on; she was in gymnastics, soccer, basketball, and she ran track. We wanted her to develop as a total athlete."

Gauff won the United States Tennis Association Clay Court National 12-under title in 2014. In 2017 she took second place at the U.S. Open Girl's Junior Championships. The next year she became the junior champion at the French Open.

In January 2019, Gauff told friends and family her goal for the year was to become one of the top 100 ranked players in the Women's Tennis Association. She was ranked 685 at the time.

In June 2019, a 15-year-old Gauff scrambled to get to London after receiving a wild card slot to play at Wimbledon. In the first round she faced off against Venus Williams. Williams was not only a five-time champion at Wimbledon, but she and her sister Serena were Gauff's tennis idols. However, Gauff came out triumphant.

Gauff made it to the fourth round of Wimbledon in 2019, the youngest player to do so since 1991. Her success drew so much attention it inspired the term "Cocomania." Soon afterward, she lasted until the third round of the U.S. Open, again the youngest to accomplish this since 1991. Her loss was followed by a moment of touching sportsmanship when winner Naomi Osaka invited Gauff to take part in the post-match interview.

Gauff's first WTA title came at Austria's Linz Open in October 2019. This triumph was made possible, in part, because she was what tennis refers to as a "lucky loser" who got to the tournament's main draw after another player left due to injury. Gauff also became one of WTA's top 100 players, meeting the goal she'd set for herself.

In 2020, Gauff reached the fourth round of the Australian Open after beating Osaka in the third round. Gauff ascended to the quarterfinals of the French Open in 2021, the youngest player to reach that spot since 2006. That year, she also got to the fourth round of Wimbledon and added another WTA singles title to her collection with a win in Parma, Italy.

In addition to her singles success, Gauff has played in and won doubles tournaments, often with Catherine McNally. An injury prevented McNally from partnering with Gauff at the 2021 French Open, so Gauff played doubles there with Venus Williams. Unfortunately, they lost in the first round.

In 2020, Gauff shared in an essay that before her success at Wimbledon in 2019, she'd experienced "this pressure that I needed to do well fast." She'd also struggled with depression for "about a year." She noted that things changed for her after "I realized I needed to start playing for myself and not other people." She said of this struggle, "I came out of it stronger and knowing myself better than ever."

In 1994, the WTA instituted rules that restricted professional tournament play for those aged 14 to 17. (Younger players are not allowed to turn pro.) At 14, a player can only take part in eight professional events, with the number rising to 16 tournaments for 17-year-olds. Wins can slightly increase the number of permitted events, but full pro status is not allowed until a player reaches the age of 18.

These rules are intended to protect players, in part due to the burnout that Jennifer Capriati experienced in her career after turning pro at 13. However, there have been questions about whether the structure is too limiting. As Gauff is only permitted a certain number of tournaments, she has been slower to rise in player rankings. Her highest ranking to date has been at No. 23.

The Covid-19 pandemic resulted in a one-year delay for the 2020 Olympic Games. In 2021, Gauff was selected for the U.S. Olympic team following her success at the French Open in June. She would have been the youngest tennis Olympian since 2000.

Sadly, a positive Covid test forced Gauff to withdraw from the Games. On July 18, she wrote on Twitter, "I am so disappointed to share the news that I have tested positive for COVID and won't be able to play in the Olympic Games in Tokyo. It has always been a dream of mine to represent the USA at the Olympics, and I hope there will be many more chances for me to make this come true in the future. I want to wish TEAM USA best of luck and a safe games for every Olympian and the entire Olympic family."

Gauff said in 2019, "My generation has just decided it was time to speak up on our own about things. I do follow the [climate] movement a lot and I’m learning about ways we can better change, at least my lifestyle and the way my family live[s]." She was sharing information online with followers about Juneteenth years before it became a federal holiday.

In 2020, Gauff spoke at a Black Lives Matter protest in Florida, noting she was protesting against the same injustices her grandmother fought "50-plus years ago."