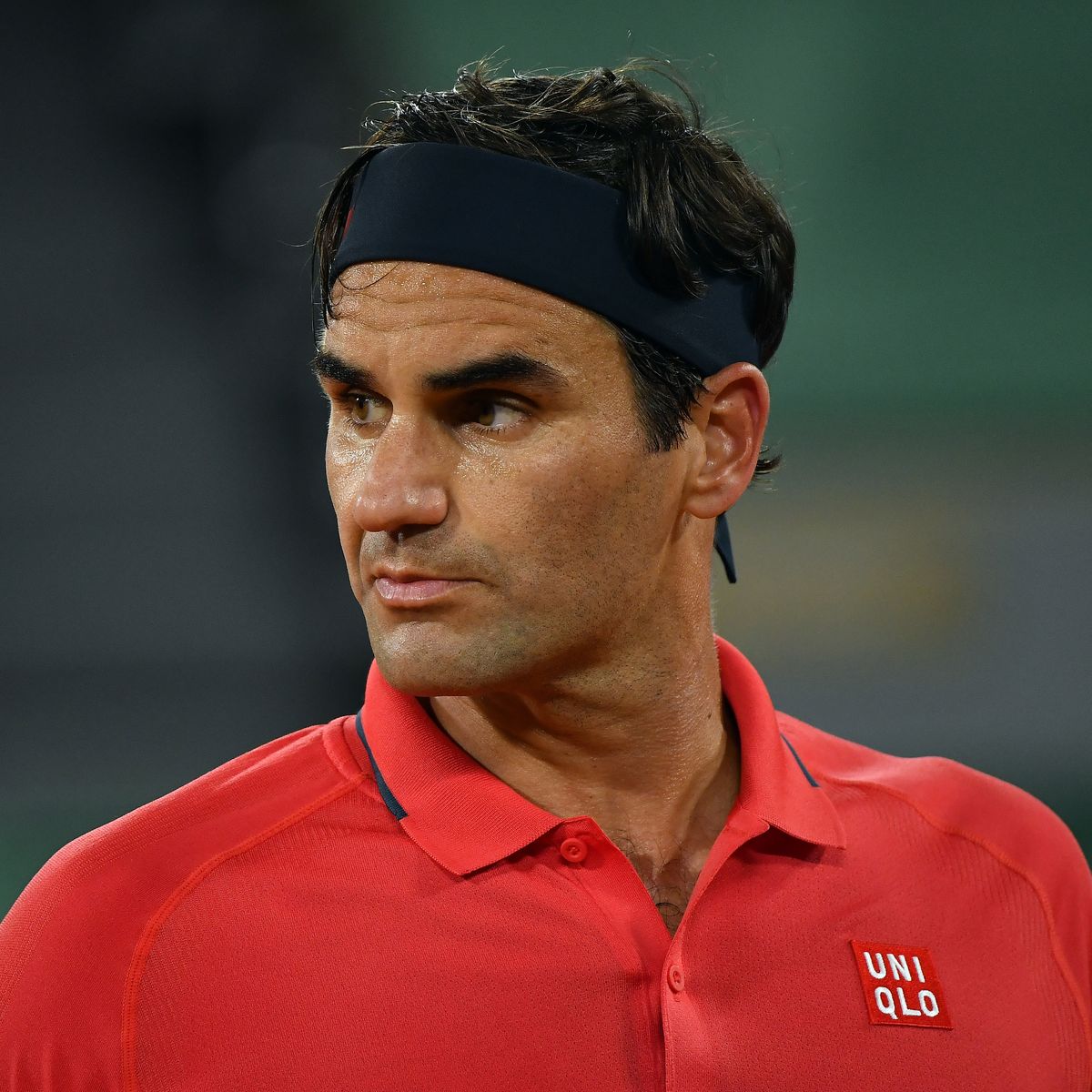 Who Is Roger Federer?

Tennis star Roger Federer was born on August 8, 1981, in Basel, Switzerland, to Swiss father Robert Federer and South African mother Lynette Du Rand. Federer's parents met while on a business trip for a pharmaceutical company, where they both worked.

Federer took an interest in sports at an early age, playing tennis and soccer at the age of eight. By age 11, he was among the Top 3 junior tennis players in Switzerland. At age 12, he decided to quit other sports and focus all his efforts on tennis, which he felt he excelled at more naturally. By 14, he was fully immersed in the game, playing two or three tournaments per month and practicing six hours a week, along with up to three hours of conditioning. To perfect his technique, he often imitated his idols, Boris Becker and Stefan Edberg.

At age 14, Federer became the national junior champion in Switzerland and was chosen to train at the Swiss National Tennis Center in Ecublens. He joined the International Tennis Federation junior tennis circuit in July 1996 and had his first sponsorship by age 16. In 1998, shortly before he turned pro, Federer won the junior Wimbledon title and the Orange Bowl. He was recognized as the ITF World Junior Tennis champion of the year.

Federer won the Wimbledon boys' singles and doubles titles in 1998, and turned professional later that year. At Wimbledon in 2001, he caused a sensation by knocking out reigning singles champion Pete Sampras in the fourth round. In 2003, following a successful season on grass, Federer became the first Swiss man to win a Grand Slam title when he emerged victorious at Wimbledon.

Federer held on to his No. 1 ranking from 2004 into 2008. In 2006 and '07, he won the singles championships at the Australian Open, Wimbledon and the U.S. Open. A paragon of graceful athleticism, Federer was named the Laureus World Sportsman of the Year from 2005-08.

In 2008, Federer beat Scottish player Andy Murray at the U.S. Open — his fifth U.S. Open win. However, that year proved to be a difficult time in Federer's career: He lost to rival Rafael Nadal at both the French Open and Wimbledon, and lost to another young star, Novak Djokovic, at the 2008 Australian Open. His ranking also slid to No. 2 for the first time in four years.

The 2009 season was a memorable one for the Swiss star. He beat Robin Soderling to win the French Open and complete the career Grand Slam, and defeated Andy Roddick in an epic Wimbledon final to surpass Sampras for a record 15th Grand Slam singles title. Federer also reached the finals of the two other major tournaments, falling in five sets to Nadal at the Australian Open and to Juan Martin del Potro at the U.S. Open. His brilliant all-around play enabled him to regain the world's No. 1 ranking.

Federer's career escalated once again in 2012, when he defeated Andy Murray for a record-tying seventh Wimbledon singles title. The victory helped the 30-year-old tennis star return to the No. 1 spot, and by the end of the year he had established a record with a total of 302 weeks atop the world rankings.

In 2013 Federer made a surprise departure from Wimbledon. He was knocked out of the singles competition in the second round by Sergiy Stakhovsky, who was ranked 116th at the time. At the U.S. Open, Federer again struggled on the court. He was beaten by Spain's Tommy Robredo in the fourth round, losing in three straight sets. According to the U.S. Open website, Federer admitted that he "struggled throughout, which is not very satisfying." His confidence seemingly shaken by the loss, he lamented how he "missed so many opportunities" and that his "rhythm was off" during the match.

Federer battled Djokovic in the 2014 men’s singles final at Wimbledon, but was denied a record eighth championship on the famed grass courts in a five-set loss. He then lost in the semifinals of the U.S. Open to hard-hitting Croatian Marin Cilic, who went on to win the tournament.

Federer's 2015 season began on a disappointing note with a loss to Italy's Andreas Seppi in the third round of the Australian Open. He proved he could still compete with the sport's elite players by defeating Djokovic to win the Dubai Championships in February, but his quest for a second French Open crown was thwarted with a quarterfinal loss to countryman Stan Wawrinka.

Federer charged through the draw at Wimbledon a month later, but he was defeated in the final by Djokovic, delaying his quest for a record eighth title for at least another year. His fate was the same at the U.S. Open: Despite an impressive showing that suggested career Grand Slam title No. 18 was on the way, Federer simply could not get past the top-ranked Djokovic in a hard-fought final.

In July 2016, Federer didn’t make it to the Wimbeldon finals, either. He was defeated in five sets by Milos Raonic in a historic victory for Raonic, who became the first Canadian man to reach a grand slam final. Earlier that year Federer lost the Australian Open to Novak Djokovic, and after their match Federer was sidelined with a knee injury. Later in the season, Federer suffered back problems, and he was forced to withdraw from the French Open to avoid further injury.

After six months spent recuperating from his injuries, Federer made a triumphant comeback, defeating Rafael Nadal at the Australian Open to win his 18th Grand Slam title. After his win, Federer graciously paid tribute to his opponent Nadal. “I’d like to congratulate Rafa on an amazing comeback, too,” he said. “I don’t think either one of us thought we would be in the final at the Australian Open this year. I am happy for you. I would’ve been happy to lose to you tonight, too, really.”

In July 2017, Federer set a new record, winning his eighth Wimbledon title in a 6-3 6-1 6-4 defeat of Marin Cilic. Thirty-five-year-old Federer also became the oldest men’s champion of the tournament in the Open era. "I wasn't sure if I was ever going to be here again in another final after last year," he said. "I've had some tough ones here, losing to Novak in 2014 and 2015. But I always believed that maybe I could come back and do it again. And if you believe, you can go really far in your life."

At the Australian Open in January 2018, Federer again defeated Cilic, this time in five sets, to claim a record-tying six Aussie titles and extend overall trophy haul to an astounding 20 Grand Slam singles championships. After sitting out the clay court season for the second consecutive year, he returned to the grass courts of Wimbledon, where he again added to a personal record by reaching the tournament's quarterfinals for the 16th time in his career, before bowing out with a five-set loss to South Africa's Kevin Anderson.

After his first-round victory at the U.S. Open, the tennis icon drew attention for his comment that it was "almost time to retire," before clarifying that he was only joking. Indeed, Federer proved he had plenty left in the tank with his return to the French Open in 2019, where he made an impressive run to the semifinals. He then nearly claimed an unprecedented ninth Wimbledon title that summer, pushing Djokovic to the limit in the final before falling in the fifth-set tiebreaker.

On September 15, 2022, Federer announced his retirement from the ATP Masters and future grand slams following his appearance at the Laver Cup.

"I am 41 years old. I have played more than 1500 matches over 24 years. Tennis has treated me more generously than I ever would have dreamt, and now I must recognize when it is time to end my competitive career," he said in an Instagram post.

In 2003, Federer established the Roger Federer Foundation, which helps provide grants to poor countries that have child mortality rates of more than 15 percent, for education- and sports-related projects, among others.

In 2009, Federer married Mirka Vavrinec, a former professional tennis player. That July, the couple became the parents of identical twin girls, Myla and Charlene. On May 6, 2014, the couple welcomed their second set of twins, boys Leo and Lenny. Federer lives with his family in Bottmingen, Switzerland.