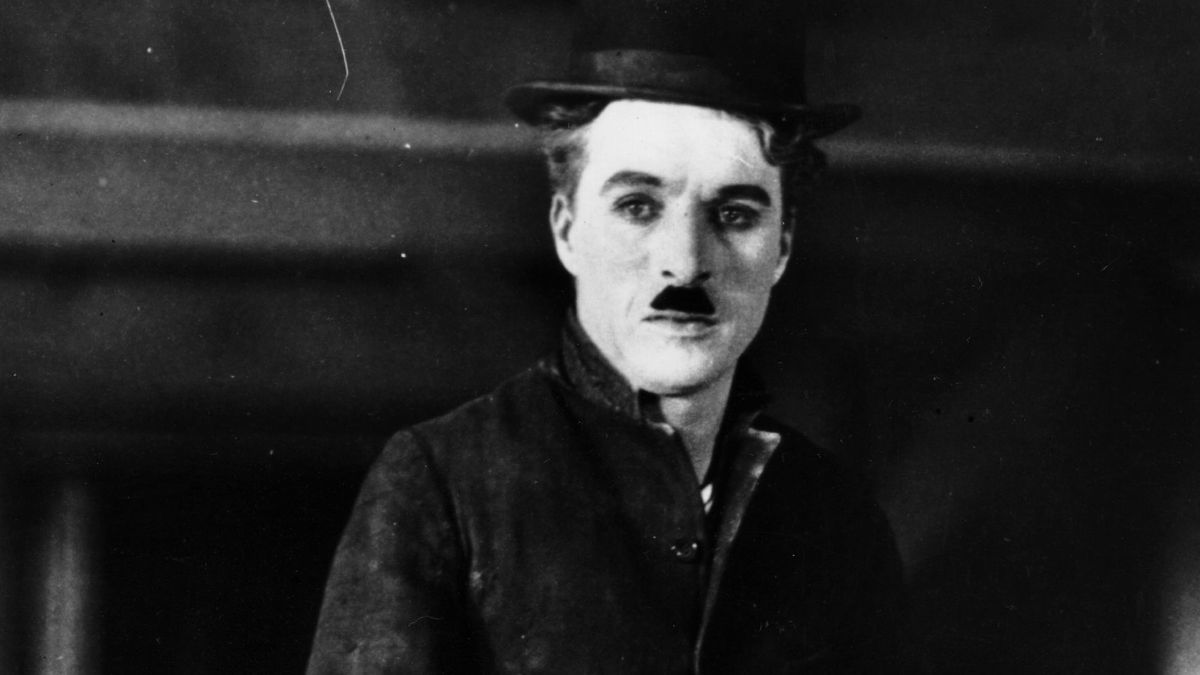 “Are you now or have you ever been a member of the Communist Party?” was the $64,000 question asked by the notorious House Un-American Activities Committee (HUAC) in the U.S. House of Representatives.

Between the late 1940s and 1950s, the Second Red Scare was an era marked by great fear that communism was on the rise in America. Led by Republican Senator Joseph McCarthy, government officials accused hundreds of Americans of being members of the Communist Party or being sympathetic to the cause. Most of those accused of treason and/or subversion were union workers, government employees, prominent intellectuals and Hollywood artists.

Among those in the last category, here are some of the famous faces that were blacklisted in Hollywood and spied on during the Cold War era of McCarthyism: 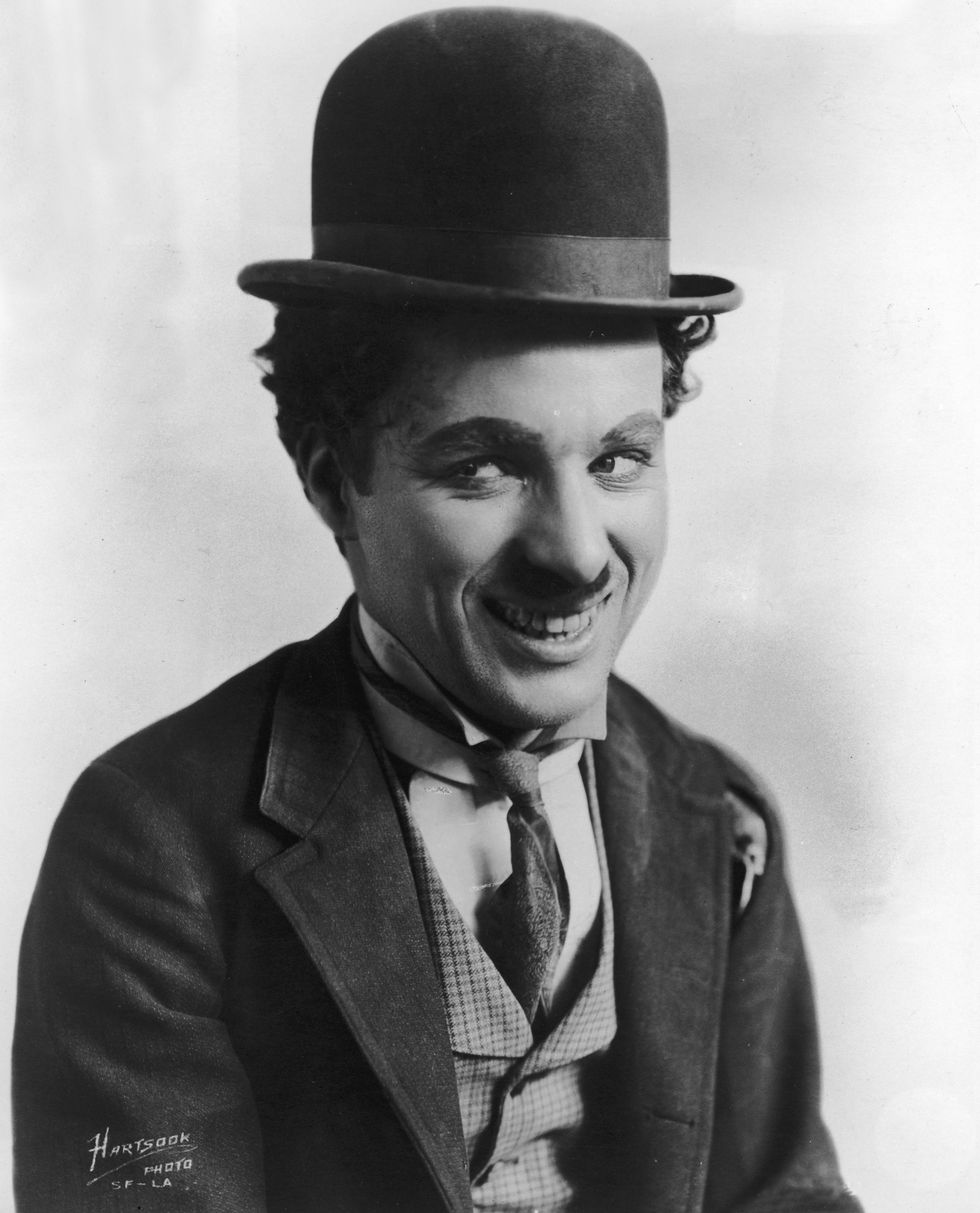 The FBI referred to Charlie Chaplin as a "parlour Boshevik," believing him to be a Communist sympathizer and a possible security risk to the country. Although Chaplin denied being a Communist, FBI Director J. Edgar Hoover was determined to have the actor deported and worked with immigration services to prevent him from re-entering the States after he flew to London to promote one of his films.

Hoover even had MI5 spy on Chaplin, but in the end, the foreign agency concluded he was no security risk and instead, believed he was merely a left-leaning progressive.

Still, Chaplin was banned from the U.S. Instead of fighting to re-enter the country, Chaplin decided to make his home in Switzerland and released a statement about his experience:

"...Since the end of the last world war, I have been the object of lies and propaganda by powerful reactionary groups who, by their influence and by the aid of America's yellow press, have created an unhealthy atmosphere in which liberal-minded individuals can be singled out and persecuted. Under these conditions I find it virtually impossible to continue my motion-picture work, and I have therefore given up my residence in the United States."

Harlem Renaissance poet Langston Hughes was known for his support of Communist groups in the U.S. and even at one point traveled to the Soviet Union to make a film, but he always denied being a member.

Along with his affinity for Marxist ideas, Hughes leftist views were reflected in some of his poetry, which Communist newspapers in the U.S. often published. It was for all these reasons, Congress prompted him to testify.

When asked why he never became a member of the Community Party, Hughes wrote, "it was based on strict discipline and the acceptance of directives that I, as a writer, did not wish to accept."

In 1953, during his public testimony before McCarthy and the HUAC committee, he also added, "I never read the theoretical books of socialism or communism or the Democratic or Republican parties for that matter, and so my interest in whatever may be considered political has been non-theoretical, non-sectarian, and largely emotional and born out of my own need to find some way of thinking about this whole problem of myself."

After testifying before Congress, Hughes pulled away from his associations with Communism and also became less political in his poetry.

As a director, actor and writer Orson Welles was at the peak of his professional career when the U.S. government began investigating him as a possible closeted Communist. His 1941 film Citizen Kane, whose main character starts out as an idealistic social servant and grows into a power-hungry manipulative capitalist, was considered evidence by the FBI that the film was nothing but a smear campaign orchestrated by the Community Party. He was considered such a threat that the government had him on a list of people who should be apprehended in case of a national emergency.

Knowing he was being targeted by the FBI, Welles left the States in 1948 and moved to Europe, where he lived for the next eight years. A decade later, he found his way of expressing his distaste for the Red Scare through the film noir Touch of Evil, which depicted crooked law enforcement who chose to abuse their power by pursuing witch hunts instead of protecting their fellow citizens.

"I am not now or at any time have ever been a member of the Communist Party," so swore famed composer-conductor Leonard Bernstein on an affidavit. Still, the FBI was convinced he was a dangerous political subversive and spied on him for the next three decades, even getting him blacklisted at CBS and denying his request to renew his passport.

Having supported the protestors of Vietnam and the activities of the Black Panthers, Bernstein was under the watchful eye of Hoover, who was determined to ruin his reputation, especially for supporting the Panthers. Like many other prominent figures in the entertainment industry, Bernstein was mentioned in the anti-Communist rightwing publication, the Red Channels.

Despite her talent, beauty and fame in Hollywood, singer and actress Lena Horne was no stranger to racism and discrimination. Her experience inspired her to become politically active, and many of the organizations she attended happened to include members who were radical leftists and Communists.

The FBI took notice and had her blacklisted from Hollywood, forcing her to spend a number of years touring as a nightclub singer to make a living. Determined to get her life and career back on track, Horne publicly denied she was affiliated with the Communist Party and wrote a series of letters to important individuals in Hollywood denouncing its ideology. Eventually, she was able to return to film and television and also produced hit records. Still, her taste for politics was not so easily intimidated. When the Civil Rights Movement of the 1960s emerged, Horne was a prominent supporter of the cause.

Screenwriter Dalton Trumbo wrote the Academy Award-winning films Gun Crazy (1950), Roman Holiday (1953) and The Brave One (1956), yet he was unable to receive credit because of his blacklisted status. Instead, he had to sell his scripts under various pseudonyms.

But unlike many of his Hollywood colleagues, Trumbo was once a card-carrying member of the Communist Party. Still, when questioned by the House Un-American Activities Committee (HUAC) for his political ties, he defiantly refused to answer their questions and was subsequently held in contempt, thrown into federal prison for a year, and banned from the industry.

It wasn't until 1960 that Trumbo's official re-entry into Hollywood was made complete, and that was thanks to colleagues like actor Kirk Douglas and director Otto Preminger who were adamant he receive credit for his work in Spartacus and Exodus.

One of the wittiest writers of her time, acerbic poet and critic Dorothy Parker got a real taste of activism when she was arrested at a 1927 political rally in support of Italian anarchists Bartolomeo Vanzetti and Nicola Sacco, who were tried and convicted of murder on dubious evidence.

Parker's arrest inspired her to continue fighting for a number of political and activist causes, including the Screenwriters Guild and the Anti-Nazi League, which were considered "Communist fronts" by the FBI. Although Parker was never a member of the Communist Party, she was known to be sympathetic to its ideology and had no qualms associating with local organizations.

When McCarthyism was in full force, Parker was at the apex of her writing career. With her name on the blacklist, she was still able to get work but sensed her services were not in high demand.

When FBI agents came to her house and questioned whether she was undermining the government, she promptly replied, “Listen, I can’t even get my dog to stay down. Do I look to you like someone who could overthrow the government?”

Parker was in her 60s when the FBI finally decided she wasn't a potential national security threat.