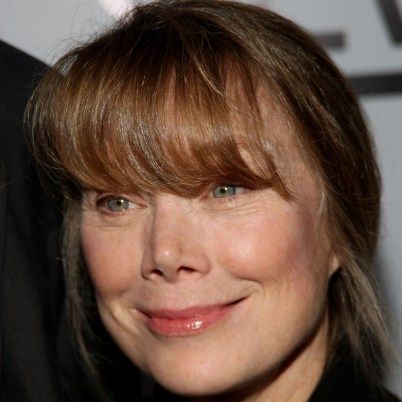 Who Is Sissy Spacek?

Sissy Spacek worked as a singer before pursuing an acclaimed acting career. She has received several lead actress Oscar nominations, including for the horror classic Carrie as well as the dramas Missing and In the Bedroom, and won for her portrayal of Loretta Lynn in Coal Miner's Daughter. She has also been featured in Get Low and The Help.

Spacek was born Mary Elizabeth Spacek, on December 25, 1949, in Quitman, Texas. Nicknamed Sissy by her two older brothers, Spacek was a vivacious little girl, making her first stage appearance at age six, singing and dancing in a local talent show. After attending Quitman High School, where she was crowned homecoming queen, Spacek moved to New York City to pursue her dreams of a singing career in 1967, at the age of 17. In New York, she lived with her cousin, actor Rip Torn (Spacek's father was Torn's uncle) and his wife, actress Geraldine Page. In 1968, using the name "Rainbo," Spacek recorded a single, "John, You've Gone Too Far This Time," teasing John Lennon for appearing nude on an album cover with his wife, Yoko Ono. Sales of her music sputtered, however, and "Rainbo" was dropped from her record label.

Spacek subsequently decided to switch her focus to acting, enrolling at the famed Lee Strasberg Theatre Institute. After appearing as an extra in Trash (1970), a film produced at Andy Warhol's factory, she made her bona fide film debut as a teenager abducted by a white slavery ring in the Lee Marvin thriller Prime Cut (1972). Spacek played another troubled adolescent character in 1973's Badlands, attracting attention for her role as the girlfriend of a serial killer, played by Martin Sheen.

After beginning to prove her versatility as an actress in such films as Robert Altman’s Three Women (1977), costarring Shelley Duvall and Janice Rule, and Heart Beat (1979), costarring Nick Nolte, Spacek showcased her considerable gifts in the 1980 biopic Coal Miner’s Daughter, about country singer Loretta Lynn. In addition to portraying Lynn from age 13 to her forties, Spacek insisted on singing all of Lynn's songs herself, instead of lip-synching. The performance earned her universal critical praise, including the Academy Award for Best Actress.

On the heels of Coal Miner's Daughter, Spacek eschewed high profile projects to star in her husband's directorial debut, Raggedy Man (1981), playing a divorced mother who has a dangerous relationship with a sailor, played by Eric Roberts. With her next two notable projects, the political drama Missing (1982), costarring Jack Lemmon, and The River (1984), costarring Mel Gibson, Spacek scored two more Oscar nods as Best Actress. In 1986, she portrayed a suicidal woman in 'night Mother, co-starring Anne Bancroft, and received her fifth Best Actress nomination, for her performance as the most eccentric of three sisters in Crimes of the Heart, co-starring Jessica Lange.

Both Spacek and Fisk then took a lengthy break from filmmaking, retreating to their Virginia farm, Beau Val, to spend time with their two daughters, Schuyler and Madison. She began to take acting jobs only intermittently after that, returning to the screen in the civil rights drama The Long Walk Home, costarring Whoopi Goldberg, in 1990. The following year, she played the wife of Kevin Costner’s Jim Garrison in the controversial Oliver Stone film JFK.

A number of highbrow television projects followed, including the HBO features A Private Matter (1994) and If These Walls Could Talk (1996) and the TNT movie The Good Old Boys (1995), co-starring and directed by her Coal Miner's Daughter costar Tommy Lee Jones, earning her first Emmy nomination for the last role. She reteamed with another former costar Laurie in the 1995 film version of Truman Capote's The Grass Harp.

In 1997, Spacek turned in a strong supporting performance in the dark drama Affliction, co-starring Nolte. In a rare comedic performance, she played the matriarch of a family who spends 30 years living below ground in a bomb shelter in the little-seen Blast From the Past (1999). That same year, she appeared in David Lynch’s The Straight Story, playing a woman whose father (Richard Farnsworth) travels a great distance on a lawnmower to visit his estranged brother.

In 2001, Spacek garnered some of the best reviews of her career, numerous critical accolades (including a Golden Globe Award), and her sixth career Oscar nomination for Best Actress for the independent feature In the Bedroom, costarring Tom Wilkinson. Playing a Maine couple whose teenage son is killed by the estranged husband of his older girlfriend (played by Marisa Tomei), Spacek and Wilkinson turned in two of the most talked-about performances of the year, and the film earned five total Oscar nods, including Best Picture.