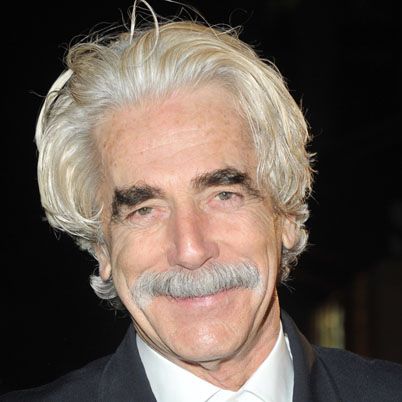 Who Is Sam Elliott?

Born on August 9, 1944, Elliott made his big screen debut in Butch Cassidy and the Sundance Kid (1969). Through the 1970s, he found steady work on TV shows such as Gunsmoke, and then earned serious fans with 1989's Road House. In 1998, Elliott appeared in the popular film The Big Lebowski. Throughout his career, he has played cowboys on TV and in films, including The Quick and the Dead and Tombstone. Going strong into his 70s, the actor earned an Academy Award nomination for his supporting role in A Star Is Born (2018).

Born on August 9, 1944, in California, Sam Elliott grew up in Oregon, where he spent his time exploring the outdoors and watching movies. By the time he was 9 years old, he had decided on a career in acting. His father, who worked for the U.S. Fish and Wildlife Service, was skeptical of his son's chosen profession. The two were unable to resolve those differences before the senior Elliott died of a heart attack when Sam was 18 years old.

"He died thinking, 'Man, this kid is going to go down the wrong path,'" Elliott said in a later interview. "And I think on some levels that was either hard on me or made me more focused in my resolve to have a career."

Elliott moved out to Hollywood and landed his first credited role: an appearance in the 1969 classic Butch Cassidy and the Sundance Kid, in which Robert Redford and Paul Newman wowed audiences as the titular pair of Western outlaws. Elliott's role, "Card Player No. 2," was somewhat less prominent ("I think I was a shadow on a wall or something," he joked).

As a bit player, Elliott never got a chance to speak with the film's leading lady, actress Katharine Ross, who was cast as Redford's lover. Nearly a decade later, however, Elliott and Ross would meet again while on the film The Legacy (1978). They soon fell in love. "Not a great film, but a legacy nonetheless for Katharine and me," Elliott quipped. Elliott and Ross married in 1984 and have one daughter.

Seeking His Own Path

Through the 1970s, Elliott found steady work in television roles on shows such as Mission: Impossible, Gunsmoke and Hawaii Five-O. He also played Evel Knievel in a TV biopic about the legendary motorcycle-jumping daredevil.

Though Elliott's good looks could have placed him squarely in the heartthrob category, he shunned a conventional Hollywood career. He not only refused typical leading man roles, but began maintaining what would become his signature long hair and handlebar mustache (which he says takes "months, several months" to grow back if shaved off for a role). "I don't want to be known as a sex symbol," he told Playgirl magazine in 1976. "There's a great stigma that goes with that tag. I want to be a Sam Elliott."

Being "a Sam Elliott" meant taking on more challenging, supporting roles in a wide array of films. In 1985, Elliott starred opposite Cher and Eric Stoltz in Mask, a drama based on the true story of Rocky Dennis, a boy who suffered from craniodiaphyseal dysplasia, a rare and disfiguring disorder.

Playing the Stranger in 'The Big Lebowski'

The actor's most beloved role, however, may have been his performance as the Stranger, the mysterious narrator of the Coen Brothers' cult classic The Big Lebowski (1998), which still inspires fans to approach him in the street begging him to say, just once, "The Dude abides."

Elliott may be best known for his work portraying Western heroes and outlaws. Over the course of his career, he has played gun-slinging cowboys in both television shows and films including The Quick and the Dead (1987), Houston: The Legend of Texas (1986), Tombstone (1993) and You Know My Name (1999). For his work as an on-screen cowboy, Elliott was inducted in 2007 into the National Cowboy & Western Heritage Museum. Elliott has said of his penchant for Westerns: "I think it has something to do with integrity and a man's word and honor and all that kind of stuff — values, morality, all that kind of stuff that everybody looks kind of down their nose at."

In recent years Elliott has played Lee Scoresby in 2007's The Golden Compass, the first film based on Philip Pullman's His Dark Materials trilogy; a pilot in 2009's Up in the Air; and the voice of Chupadogra in 2010's animated Marmaduke.

Additionally, he rode his convincing reputation as a Western type to small-screen gigs on Justified and The Ranch, as well as a starring role in The Hero (2017), about an aging Western actor dealing with a terminal illness.

In 2018, Elliott appeared in the eagerly anticipated remake of A Star Is Born, as the half-brother and manager of Bradley Cooper's struggling country music singer. The performance impressed critics, resulting in an Academy Award nomination for the veteran actor.

The awards buzz helped raise the profile of another Elliott project, The Man Who Killed Hitler and Bigfoot, scheduled for an American theatrical release in February 2019.

Elliott's work may delve into the realm of fantasy, but that's ultimately how Elliott sees the real life of every actor. "We're the great pretenders, some not so great probably, but that's what we do," Elliott said. "We pretend for a living."