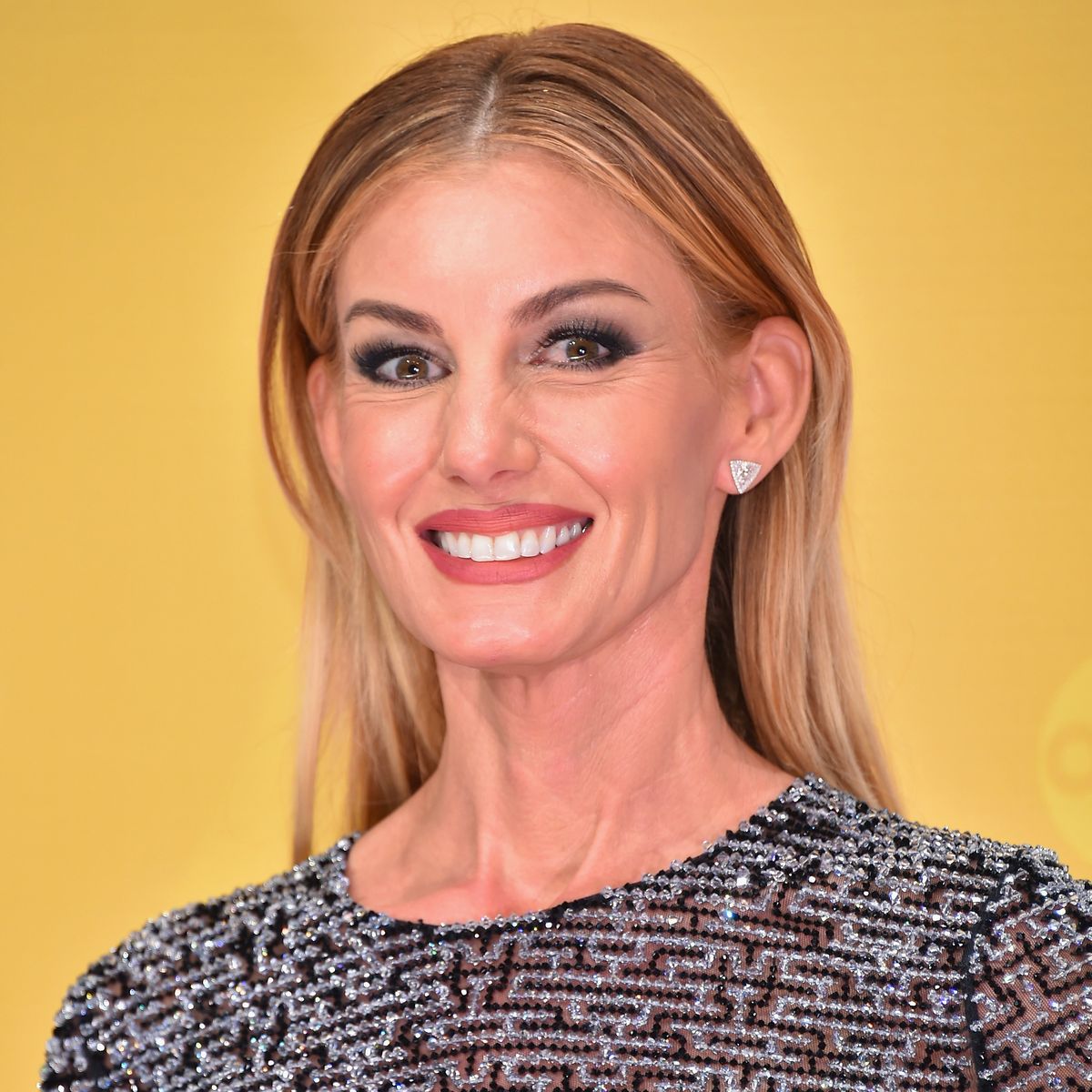 Who Is Faith Hill?

Faith Hill's "Wild One," the first single from her 1993 debut album, reached No. 1 on the country music chart. She's won Grammy Awards for Best Country Album and Best Country Female Vocal Performance. She married Tim McGraw in 1996 and they performed together on the Soul2Soul Tour, the highest grossing country music tour ever.

Faith Hill was born Audrey Faith Perry, on September 21, 1967, in Jackson, Mississippi. Raised along with her two older brothers by adoptive parents Pat and Edna Perry, Hill grew up in Star, Mississippi, a small town outside Jackson, where Pat Perry worked in a factory. Her first singing experience came as a child in her family's Baptist church. As a young teenager, Hill learned to play guitar, and by age 16 she had started her own country band that played at a number of local fairs and rodeos. After graduating from high school in 1986, Hill spent a year in community college before moving to Nashville, Tennessee, to pursue her love of music.

In Nashville, Hill worked as a receptionist at a music publishing company before landing a job packaging fan merchandise for her idol, Reba McEntire. She married the songwriter and music publishing executive Daniel Hill in 1988. Hill's professional breakthrough came when she was spotted by Martha Sharp, a talent scout from the Warner/Reprise recording company, while singing back-up for Gary Burr in the Bluebird Café, a popular Nashville bar. Her debut album, Take Me As I Am, was released in 1993 to immediate success. The album's first single, "Wild One," reached No. 1 on the Billboard country music chart and stayed there for four weeks, followed by the second single, a version of Janis Joplin's classic "Piece of My Heart." Take Me As I Am went on to reach triple platinum status.

Hill's rise to country stardom coincided with a good deal of upheaval in her personal life. In 1990, she had begun a search for her birth mother, whom she eventually met in 1993. Hill has declined to publicly name her birth mother in order to protect her privacy, but has remained in contact with her. On a sadder note, her marriage to Daniel Hill ended in divorce in 1994.

Hill spent much of 1994 touring as an opening act for such respected country artists as McEntire, Alan Jackson and Brooks & Dunn. She won numerous honors that year, including Best Female Country Artist from Billboard and Performance magazines and Favorite New Female Artist from the Academy of Country Music. Her second album, It Matters to Me (1995), surged to the top of the charts and cemented Hill's popularity among country fans. The title single remained the top-selling country single for the first six months of 1996.

In the spring of 1996, Hill began a joint tour, dubbed the Spontaneous Combustion tour, with country superstar Tim McGraw. At the time, McGraw had recently broken an engagement to Kristine Donahue, and Hill was engaged to Scott Hendricks, a record producer who had helmed her first two albums. Nonetheless, sparks flew, and the two began a romantic relationship. They married on October 6, 1996, immediately becoming country music's most visible couple. Hill and McGraw have three daughters together, Gracie Katherine (b. 1997), Maggie Elizabeth (b. 1998), and Audrey Caroline (b. 2001).

Hill's next album, Faith (1998), hit platinum sales in only six weeks and spawned two No. 1 country hits, "This Kiss" and "Just to Hear You Say That You Love Me." At year's end, Hill racked up more honors, including a Best Country Album award from the Nashville Music Awards and Best Female Vocalist from the Academy of Country Music. The success of Faith (and especially of "This Kiss") on the pop charts marked the beginning of Hill's crossover from country to pop stardom, solidified by her performance on VH1's Divas Live television special, alongside Tina Turner, Elton John, and Whitney Houston, and the accompanying album. (Hill later made headlines for her last-minute fill-in performance for Houston at the Academy Awards ceremony in March 2000.)

In November 1999, Hill released the more pop-oriented Breathe, which would become her first bona fide crossover album. With a steamy video for the album's title single, Hill's wholesome country image became decidedly sexier, no doubt contributing to the album's triple platinum sales. In addition to another Best Female Vocalist crown from the Country Music Association, Hill garnered an impressive number of nominations from the pop-centered American Music Awards. She went on to earn numerous other honors, including a Grammy nomination for Song of the Year (for writing "Breathe") and Grammy Awards for Best Country Album and Best Country Female Vocal Performance.

In May 2000, Hill and McGraw launched their second tour together, the Soul2Soul Tour 2000. The two have collaborated in the recording studio as well, including the Grammy-winning duet "Let's Make Love," featured on Breathe. In 2004, the singer appeared in a remake of the 1975 comedic thriller The Stepford Wives with Nicole Kidman and Glenn Close.

In May 2000, Hill and McGraw launched the Soul2Soul Tour, which now stands as the highest grossing country music tour ever. In addition to her thriving career and family, Hill devotes a good deal of time to her charity organization, the Faith Hill Family Literacy Project, launched in 1996 with the cooperation of Warner Bros. and Time Warner.

In 2005, Hill returned to her country roots with the much-touted album Fireflies, which included several chart-topping singles: "Mississippi Girl," "The Lucky One," and a duet with McGraw, "Like We Never Loved At All," which won a Grammy Award for Best Country Collaboration with Vocals. The album was certified double platinum in January 2006. The next year, Hill went on the road with her husband for the third time with the Soul2Soul Tour 2007.

The following year, Hill released the holiday-themed Joy to the World (2008). The album was a hit on both the country and pop charts. This popular singer, wife, and mother took on a new role in 2009. Hill announced that she will be working with Coty Inc. to develop a new fragrance line.