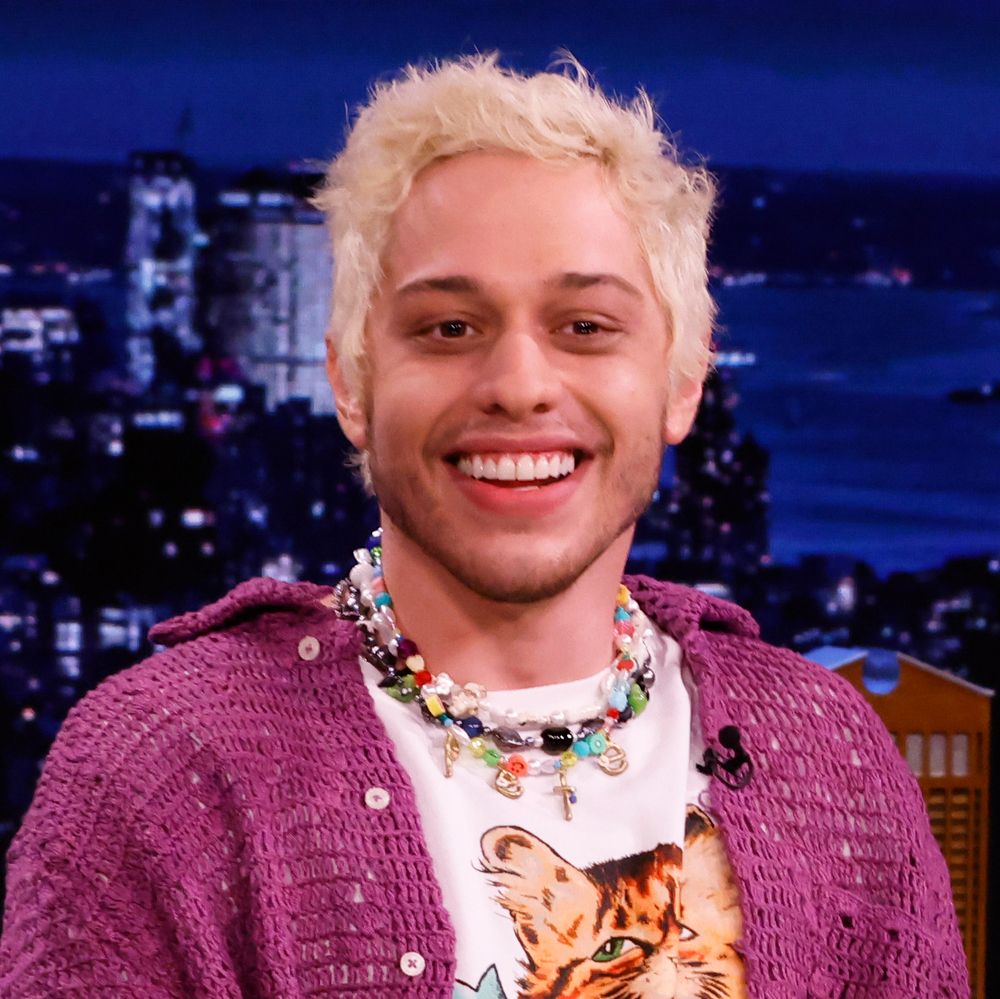 Who Is Pete Davidson?

Transforming his own personal issues and tragedies into wince-worthy, hilarious confessions on stage, comedian and actor Pete Davidson has found a sympathetic fanbase. Davidson got his start playing a variety of roles on MTV shows like Failosophy, Guy Code and Wild 'N Out. After standup appearances on Jimmy Kimmel Live! and Comedy Central, Davidson had a guest role on Brooklyn Nine-Nine before becoming one of the youngest Saturday Night Live cast members at age 20 in 2014. He has also made headlines for his love life, particularly for his brief engagement to pop singer Ariana Grande in 2018.

Pete Davidson was born Peter Michael Davidson on November 16, 1993, in Staten Island, New York, to parents Amy and Scott Davidson. Pete's father was an NYC firefighter who died while responding to the terrorist attacks on September 11th.

His father's death deeply traumatized Pete, who had problems in school and had suicidal thoughts. However, he credits the rapper Kid Cudi, who's used his music to share his own battle with suicide, for having saved his life.

"I would’ve killed myself if I didn’t have Kid Cudi," he told the morning radio show The Breakfast Club. "I truly believe if Man on the Moon didn’t come out, I wouldn’t be here."

After graduating from Xaverian High School in 2011, Davidson briefly attended Brooklyn Heights' St. Francis College before deciding to drop out.

Beginning in 2013, Davidson began appearing on a variety of MTV series, such as Failosophy, Guy Code, and a guest role in Nick Cannon Presents: Wild 'N Out.

After nabbing a guest-starring role on Brooklyn Nine-Nine, Davidson earned a small part on the Amy Schumer-Bill Hader comedy Trainwreck (2015). Thanks to Hader's recommendation, Davidson landed the biggest role of his career — becoming a cast member of Saturday Night Live, which was starting its 40th season in 2014. At age 20, he became one of the show's youngest cast members.

Davidson became known for airing his hot takes during the show's regular "Weekend Update" segment, though he occasionally went overboard with his humor; after drawing criticism in November 2018 for mocking Texas congressional candidate Dan Crenshaw, who lost an eye while serving in Afghanistan, he apologized to Crenshaw on the show the following week.

After rising to fame via his success on SNL, Davidson participated in Justin Bieber's Comedy Central Roast and the 2018 rom-com Set It Up. He then appeared in four moves in 2019, including Big Time Adolescence and the John Turturro crime-comedy flick The Jesus Rolls.

Early 2020 brought the premiere of the Netflix special Pete Davidson: Alive in New York, which found the comedian delving into the Crenshaw brouhaha and his experiences with Louis C.K. Next up was the Judd Apatow-directed The King of Staten Island, a comedy loosely based on Davidson's life, released in June 2020.

Among Davidson's many tattoos, some of his more famous ones include one of Hillary Clinton on his leg (he calls Clinton his "hero"). After beginning his relationship with pop sensation Ariana Grande, Davidson had an image of a black bunny mask tattooed behind his ear, an apparent homage to the cover of Grande's Dangerous Woman album. After the couple split, the bunny mask was replaced with a black heart tattoo. 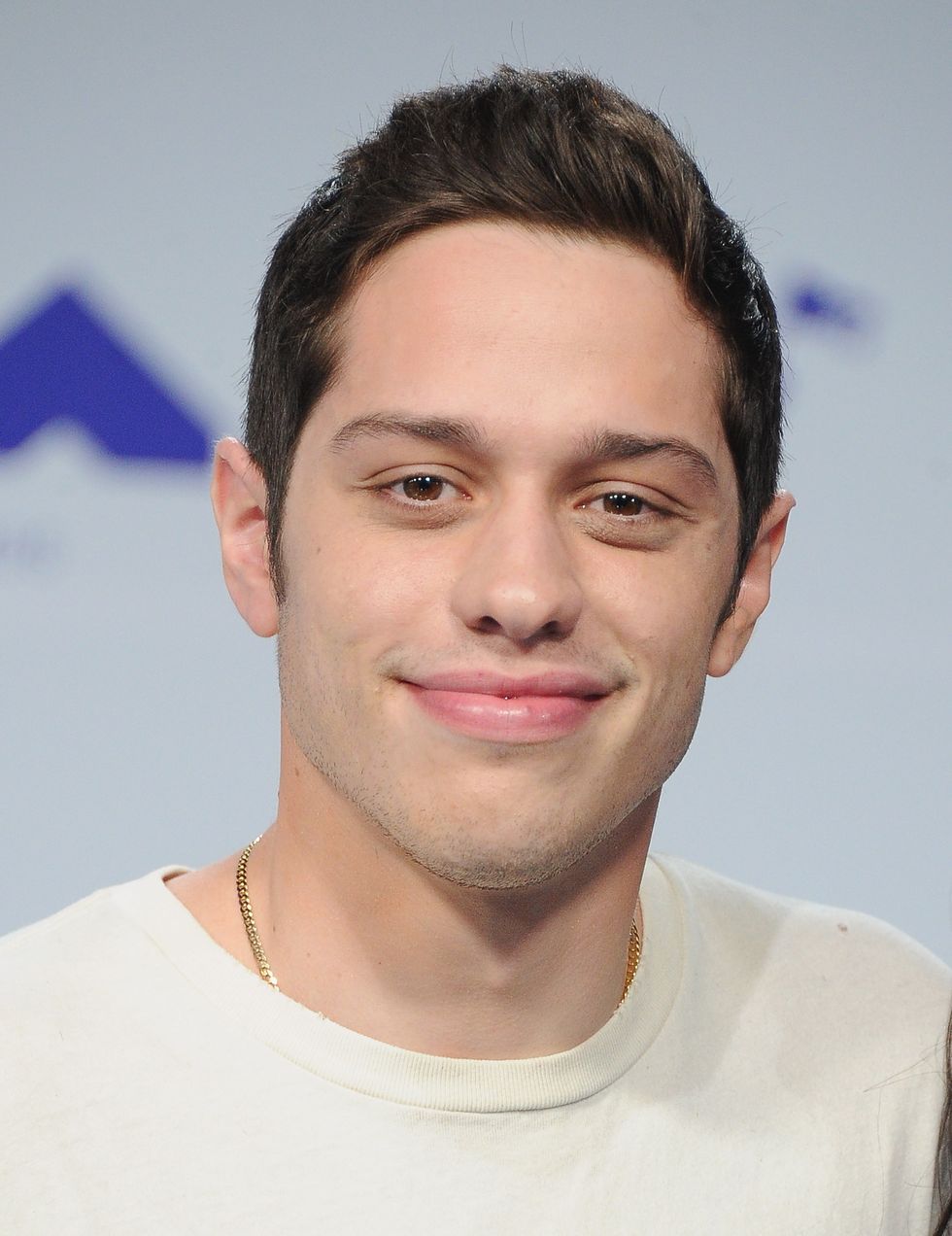 Davidson has been forthcoming about his health and mental health issues. He was diagnosed with Crohn's disease in his late teens and had been taking marijuana to ease the symptoms.

In 2016, he took a break from SNL to get sober, believing his overindulgence in marijuana and his drinking were prompting him to have mental breakdowns. However, when he quit, he experienced that his negativity took a turn for the worse.

“I got sober for three months and I was just like never sadder and everything was just way worse,” he told Peter Rosenberg on Complex's show Open Late.

Soon after, Davidson was diagnosed with borderline personality disorder and opened up about his experience in 2017. He says he's now on meds and back to his vices of smoking pot and drinking.

“Party’s back on,“ he told Open Late. "I found out I had a mental disorder. I thought I had a drug problem. It’s a completely different thing.”

Davidson and Grande first drew attention to their relationship after her performance at the Billboard Music Awards in May 2018. Within a month, they surprised fans with the announcement that they were engaged.

The comedian opened up about his romance to GQ for its September 2018 issue, saying that he told Grande that he wanted to "marry you tomorrow" the day they met. Despite the onslaught of unwanted attention his high-profile relationship brought—he deleted his Instagram feed in July to tune out the "negative energy"—Davidson gushed about how happy he was with his fiancée, saying, "All I know is that I'm the luckiest guy in the world."

However, the whirlwind romance was soon over, with the pair announcing their breakup in October 2018. Davidson was later linked to actress Kate Beckinsale and actress/model Kaia Gerber.