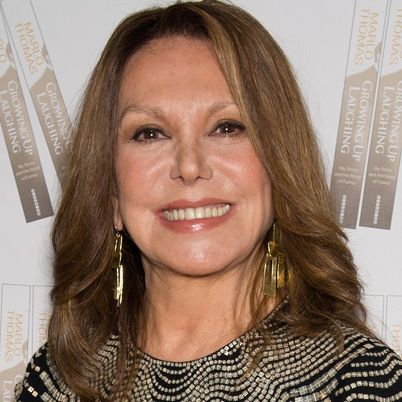 Who Is Marlo Thomas?

Born in Michigan in 1937, actress Marlo Thomas is best remembered for her starring roles in television hits like That Girl and Free to Be... You and Me. She married TV producer and talk show host Phil Donahue in 1980 and serves as the national outreach director for St. Jude Children's Research Hospital, which was founded by her father, Danny Thomas.

Margaret Thomas, first nicknamed Margo and then Marlo, was born on November 21, 1937, in Deerfield, Michigan, a suburb of Detroit. One of three children of entertainer Danny Thomas and his wife Rosie, Thomas was raised in Beverly Hills, California. She graduated from the University of Southern California in 1959 and began her acting career a few years later.

An ebullient, perky brunette, Thomas began appearing on such TV shows as 77 Sunset Strip, Bonanza and The Donna Reed Show in the 1960s. After joining the 1965 London production of Barefoot in the Park, her career took off when she landed the lead on a new series called That Girl.

On the hit sitcom, Thomas played aspiring actress and model Ann Marie, an independent, career-oriented woman learning to make it on her own in New York City with a little help from her boyfriend, Donald Hollinger (Ted Bessell), and her father, Lou Marie (Lew Parker). The show, which was later revealed to have had the trailblazing Thomas as executive producer, made the actress a household name and earned her the Best TV Star, Female, Golden Globe in 1967.

After That Girl ended in 1971, Thomas produced and starred in the children's TV special Free to Be... You and Me (1974), which was based on a 1972 album that also inspired a book. The show celebrated diversity and open expression and featured an all-star cast that included Alan Alda, Harry Belafonte, Mel Brooks, Roberta Flack, Michael Jackson and Kris Kristofferson. Free to Be won an Emmy Award, Thomas's first after multiple acting nominations for That Girl.

Thomas continued to make occasional screen appearances throughout the '70s and '80s. She won another Emmy in 1986 for Nobody's Child. In the TV film, Thomas portrayed real-life figure Marie Balter, an institutionalized woman who was able to find her way to sanity and a healthy life. The esteemed Thomas won another Emmy for 1989's Free to Be... a Family, which revisited themes of the 1974 Free to Be program and specifically forged social links with the children of Russia.

From the '90s into the new millennium, Thomas appeared as a guest star on shows like Roseanne, Frasier, Law & Order: SVU and Ugly Betty. She received yet another Emmy nomination for her role as the mother of Rachel Green (Jennifer Aniston) on the hit sitcom Friends.

In 2010, Thomas launched the AOL/General Mills online program Mondays With Marlo, a successful half-hour talk show aimed toward women over 35 that featured discussions with celebrities like Suze Orman and Chelsea Clinton.

The actress continues to contribute to TV and film projects, appearing in the Netflix series Wet Hot American Summer: Ten Years Later in 2017 and the heist comedy Ocean's 8 the following year.

Thomas made her Broadway debut in the 1974 Herb Gardner play Thieves, also appearing in the film version in 1977. She made another Broadway turn in the 1986 domestic comedy Social Security, directed by Mike Nichols and co-starring Olympia Dukakis and Ron Silver, and later appeared in the one-act play George Is Dead (2011).

Thomas has also penned several best-selling books, among them Free to Be... a Family: A Book About All Kinds of Belonging (1987),The Right Words at the Right Time (2002) and her memoir, Growing Up Laughing (2010).

In 2020, Thomas and her husband, former talk show host Phil Donahue, teamed up to publish What Makes a Marriage Last: 40 Celebrated Couples Share with Us the Secrets to a Happy Life, featuring interviews with high-profile couples like Billy and Janice Crystal and Elton John and David Furnish.

Thomas married Donahue in 1980. She is active in charity work for her late father's favorite cause, the St. Jude Children's Research Hospital in Memphis, Tennessee, which he founded in 1962.

Beyond her Emmys and Golden Globe, Thomas has earned a Peabody and a Grammy and was inducted into the Broadcasting Hall of Fame. For her activism, Thomas has received an array of honors, including the Helen Caldicott Award for Nuclear Disarmament, the American Women in Radio and Television Satellite Award and the William Kunstler Racial Justice Award.

In 2014, she was awarded the Presidential Medal of Freedom by Barack Obama.