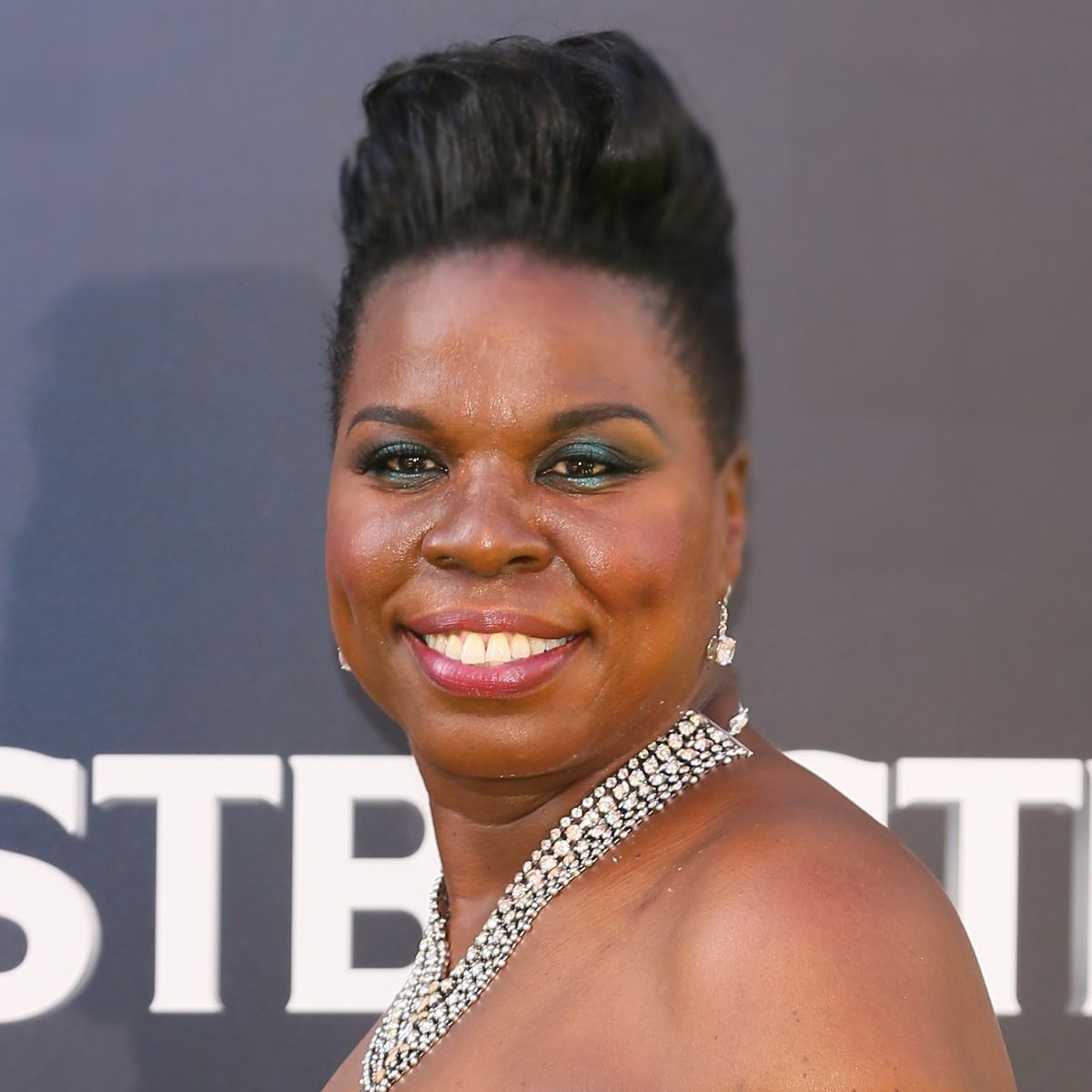 Who Is Leslie Jones?

Born in 1967 in Memphis, Tennessee, Jones attended college on a basketball scholarship before turning to stand-up comedy. After several years on the comedy circuit, Jones joined Saturday Night Live as a writer in 2014, and soon became one of the show's most popular performers. She went on to appear in films like Trainwreck, Ghostbusters and Masterminds, while also earning attention as a contributor to NBC's coverage of the Olympic Games.

Leslie Jones was born on September 7, 1967, into a military family in Memphis, Tennessee, and moved frequently throughout her childhood. When her father took a job as an electronic engineer at KJLH, Stevie Wonder’s radio station, the family relocated to Los Angeles, and Jones attended high school in Lynwood, California.

Jones, who would grow to be 6 feet tall, was insecure about her looks. "People used to call me names so my mom had this beautiful African lady come talk to me," Jones told People magazine. "I was like, 'Oh my God if I'm going to look like you then I don't care what anyone says about me.'"

Jones eventually learned to use her height to her advantage, and followed her father’s advice to get involved in basketball. "I played basketball to please my dad," Jones wrote on her website. "I also got free shoes and could miss class. When they told me I could get a scholarship to college I said, 'Cool. Where am I going?'"

After playing basketball in high school, Jones received a basketball scholarship from Chapman University in Orange, California. She then transferred to Colorado State University, where she discovered a knack for performing. A friend secretly entered her into a comedy contest, which she won, earning her the title, "Funniest Person on Campus."

"I've always been crazy," Jones wrote on her website. "I never knew I was funny. I just thought I was insane."

Jones worked several odd jobs while in college, including as a cook, waitress, cashier, assistant to a judge, receptionist and perfume salesperson, but comedy kept calling her. She returned to Los Angeles and performed at The Comedy Store, the legendary comedy club in West Hollywood, but her act bombed. Jones didn’t let the deflating experience stop her, and she went on to open for Jamie Foxx. She bombed again and this time the audience even booed her.

Foxx’s advice was that she had to live her life. "He told me, 'You're like 18. You don't have anything to talk about.'" Jones said in an interview with People magazine. "'Go get a job, go get fired, go get your heart broken and go break some hearts.'"

She took a day job at UPS, but continued to work on her comedy craft at clubs around Los Angeles. "When I started out, I just wanted to go into a club and hold my own," Jones said of her early days. "There were only a few women out. I wanted to be that one woman who would come out and everyone would love." 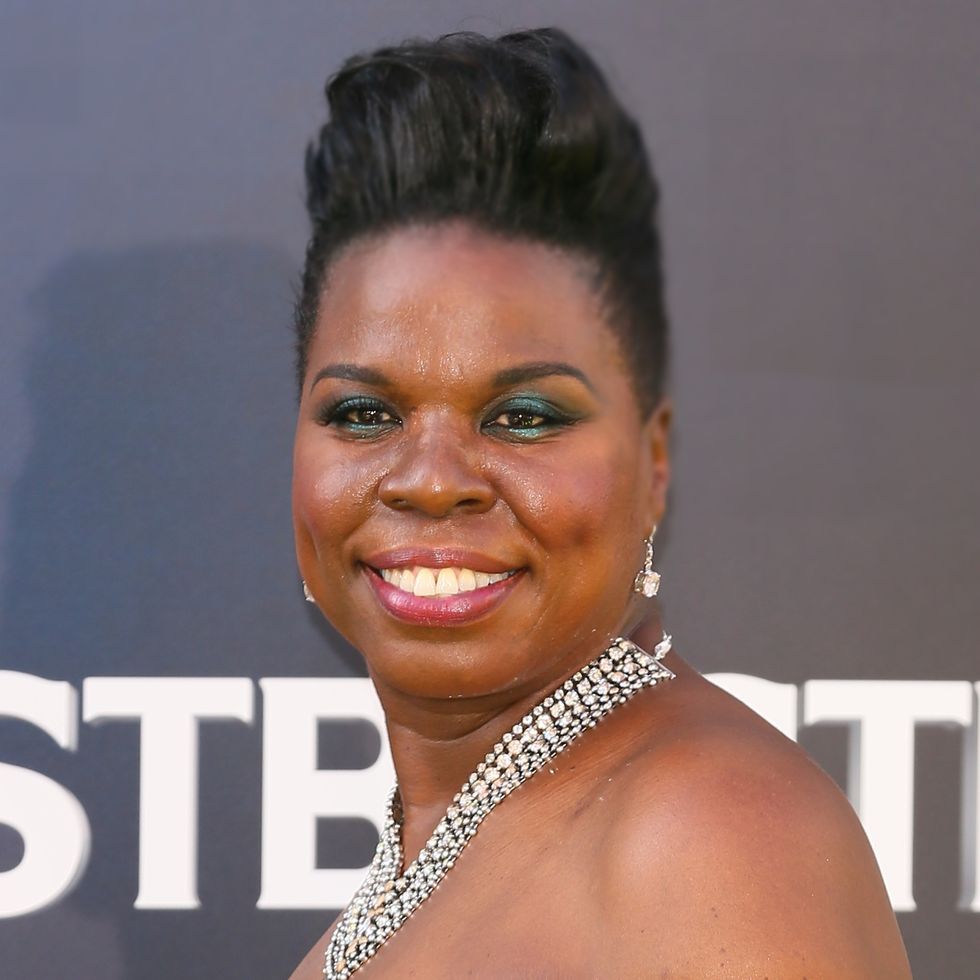 Leslie Jones at the premiere of ’Ghostbusters’ on July 9, 2016 in Hollywood. (Photo by JB Lacroix/WireImage via Getty Images)

Eventually Jones started to appear on TV in commercials and programs like In the House, Coach, Snap Judgment, Malcolm and Eddie and Girlfriends.

Jones also continued to make a name for herself in the comedy world, again learning to use her height as part of her act. "I know I'm fly—don’t get me wrong," she said an interview with The New Yorker. "But I don't look, like, standard Hollywood. As a comedian, it’s something you learn to use."

She performed at the Just for Laughs Montreal Comedy Festival, the Aspen Comedy Festival, on Comedy Central’s Premium Blend and Laffapalooza – Urban Comedy Arts Festival, BET’s The Way We Do It and Comicview and HBO’s Def Comedy Jam.

Jones returned to stand-up with the release of her Netflix special Time Machine in early 2020.

With Saturday Night Live looking to add an African-American woman to its ensemble, Jones landed an audition for the late-night comedy show in December 2013. She was ultimately offered a writing position instead of a featured player role, which was instead given to comedian Sasheer Zamata.

In spring 2014, Jones got out of the writers' room and in front of the cameras when she first performed in a Weekend Update segment, ranting about her hilarious dating experiences. That fall she became a featured player, the first time SNL included more than one African-American woman in its cast.

One of the show's most popular performers, Jones earned Emmy nominations for Outstanding Supporting Actress in a Comedy Series in 2017 and 2018. In August 2019, a month before the start of the new season, Jones announced she was finished with her run on SNL.

Prior to her SNL fame, Jones landed roles in Martin Lawrence’s comedy National Security (2003), Gangsta Rap: The Glockumentary (2007), Lottery Ticket (2010) and Top Five (2014), directed by and starring Chris Rock. It was Rock who suggested to Lorne Michaels, the creator and executive producer of Saturday Night Live, that he should audition Jones, calling her "the funniest woman I know."

Following a minor part in Amy Schumer's comedy hit Trainwreck (2015), Jones enjoyed a starring role as part of the all-female cast of the 2016 remake of Ghostbusters. In the reboot of the classic comedy, which was directed by Paul Feig and also starred Melissa McCarthy, Kristen Wiig and Kate McKinnon, Jones played Patty Tolan, a New York City transit worker who becomes a Ghostbuster after seeing paranormal activity in the subway. That year Jones also appeared in the heist comedy Masterminds, featuring Zach Galifianakis, Owen Wilson, Kristen Wiig and Jason Sudeikis, and provided voice work for the animated hit Sing.

Jones again voiced an animated character as part of the behind-the-scenes cast of The Angry Birds Movie 2 (2019). She also signed on to appear in Coming 2 America, the sequel to the hit 1980s Eddie Murphy flick, scheduled for a late 2020 release.

During the 2016 Summer Olympics in Rio, Jones tweeted clips of herself draped in an American flag and rooting on Team USA during competition. Her hilarious posts drew the attention of NBC executives, who invited her to contribute to the network's coverage.

In early 2018, Jones again was invited to join NBC's Olympic crew for coverage of the Winter Games in PyeongChang, South Korea, which she confirmed through another exuberant tweet.