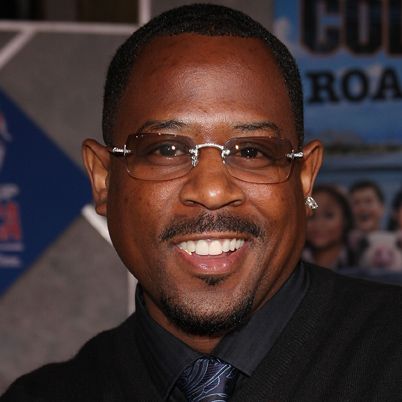 Who Is Martin Lawrence?

Born in Germany in 1965, comedian Martin Lawrence did stand-up for a number of years before getting his big break as the host of HBO's Def Comedy Jam. He then moved into film acting, appearing in hits such as Bad Boys and Big Momma's House. Lawrence also had his own sitcom, Martin, which ran on Fox in the 1990s.

Actor and comedian Martin Lawrence was born on April 16, 1965, in Frankfurt, Germany. Lawrence's father served in the U.S. military and left the family when Martin was 8 years old. He pursued a love of boxing as a teen, but also displayed a gift for comedy. A teacher encouraged Lawrence to attend an open mic night at a local comedy club, and his career as a comic was born.

Shortly after moving to California, Lawrence got a guest spot on the television show What's Happening Now!! This appearance led to his big break in television as the host of HBO's groundbreaking Def Comedy Jam.

Lawrence moved into the spotlight with the launch of the Fox sitcom Martin in 1992. Along with starring as disc jockey Martin Payne, Lawrence often appeared as other characters like Mama Payne and the outrageous neighbor Sheneneh Jenkins. Martin was a big hit for Fox, although the final season, which ended in spring 1997, was clouded by accusations of sexual harassment from co-star Tisha Campbell.

Lawrence also parlayed his early successes into a movie career. After appearances in features like House Party (1990) and Boomerang (1992), he hit it big with a co-starring role alongside Will Smith in the buddy cop flick Bad Boys (1995). Five years later, the actor seized the opportunity to shine in Big Momma's House, with audiences responding favorably to his brand of crude but endearing comedy.

In 2007, Lawrence co-starred with Tim Allen, John Travolta and William H. Macy in the midlife crisis comedy Wild Hogs, which earned lukewarm reviews from critics but grossed more than $250 million globally. He followed with roles in the ensemble comedies Welcome Home Roscoe Jennings (2008) and Death at a Funeral (2010).

By the 2010s, Lawrence was looking to regain the mojo that had once propelled him to the upper rungs of the Hollywood pecking order. A planned sitcom with CBS fell through, and Partners, a legal comedy that co-starred Kelsey Grammer, was cancelled after 10 episodes on FX in 2014.

In 2016, Lawrence released his first stand-up special in 14 years with Showtime's Doin' Time: Uncut. Three years later, he returned to the big screen with the role of Captain Wack in the stoner comedy The Beach Bum.