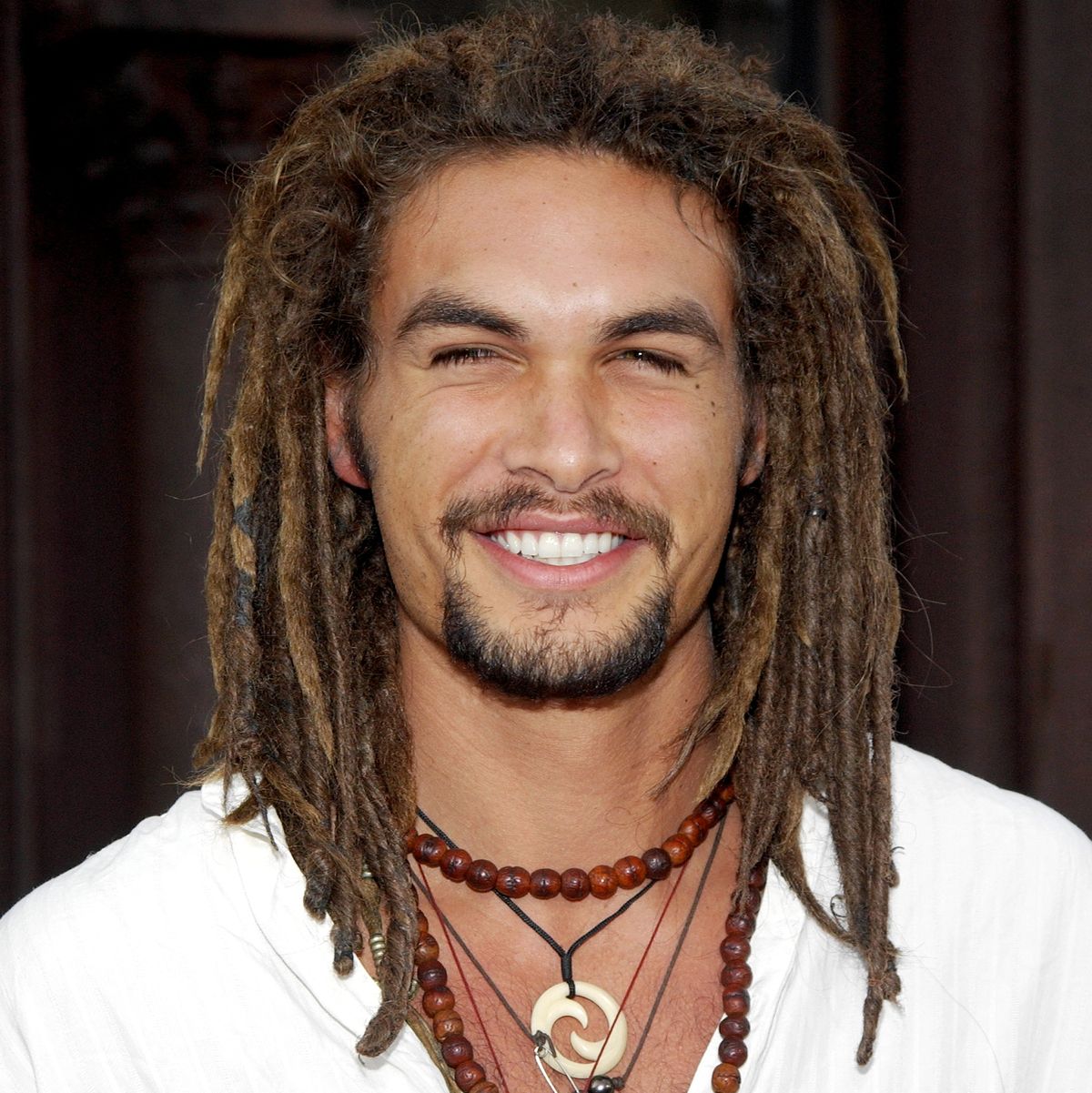 Who Is Jason Momoa?

Jason Momoa was born in Hawaii on August 1, 1979, but raised in Iowa. When he moved back to Hawaii after high school, he began modeling, which soon led to an acting career. After long-running roles on Baywatch Hawaii and Stargate: Atlantis, Momoa landed the role of Khal Drogo on HBO's Game of Thrones, which debuted in 2011. That same year Momoa was featured in the title role of the new Conan the Barbarian movie. He has remained busy through film projects and the TV adventure drama Frontier, as well as his selection for the role of DC Comics superhero Aquaman on the big screen.

Jason Momoa was born in Honolulu on August 1, 1979, and as a child moved to Norwalk, Iowa, where he was raised by his mother. After graduating from high school, Momoa moved back to Hawaii and enrolled at the University of Hawaii. But his life would soon take a fateful turn when he was discovered by Takeo Kobayashi, an international fashion designer—an event that led to the start of Momoa’s modeling career.

His good looks and carved physique brought him quick success, and in 1999, Momoa won Hawaii's Model of the Year and walked the runway for Louis Vuitton at the Governor's Fashion Show.

Momoa soon turned his sights to acting, and in 1999 he tried out for a lead role on the international smash TV show Baywatch (known at this point, the show’s 10th season, as Baywatch Hawaii). He beat out 1,000 other actors for the role of Jason Ioane, a part that he played for a couple of seasons. The show ended in 2001, and Momoa spent some time traveling the world, notably visiting Tibet, where he discovered Buddhism.

Momoa eventually moved to Los Angeles to further pursue an acting career. The first roles he landed, Baywatch: Hawaiian Wedding (2003) and Tempted (2003), both TV movies, kept his face on the screen until his next series gig, North Shore, came along in 2004. North Shore ran for 20 episodes, but when it ended something even better was waiting for Momoa: Stargate: Atlantis.

Playing Ronan Dex on the popular sci-fi series, Momoa appeared in several seasons, reaching the next stage of stardom along the way. Also during this period, Momoa was involved in an altercation in a Los Angeles bar, in which another patron smashed a glass across the 6’5”, 225-lb. actor’s face, resulting in 140 stitches and a scar above his left eye. The scar would become something of a signature afterward, and it played well into Momoa’s next role, which would take his career to the next level.

Success With 'Game of Thrones'

In April 2011, HBO began airing a new drama, Game of Thrones, and Momoa appeared in the plum role of Khal Drogo, a barbarian leader of a tribe called the Dothraki. The show became an instant smash hit, and Momoa’s violent and eventually nuanced Khal brought a whole new crop of fans to the actor’s doorstep.

Growing up, Momoa was a big fan of the Conan the Barbarian stories, and he also got to star as the title character in the Hollywood big-screen reboot, released a few months after Game of Thrones. Momoa went on to appear in Bullet to the Head (2012) and Road to Paloma (2014; which Momoa also directed and co-wrote), before earning prominent roles in the action thrillers Once Upon a Time in Venice (2017), The Bad Batch (2017) and Braven (2018).

On the small screen, Momoa in 2016 embarked on his starring role in Frontier, an adventure drama about the North American fur trade in the 18th century.

After the announcement that he was joining the big screen superhero fraternity in the role of Aquaman, Momoa debuted as the sea-based do-gooder with a brief appearance in 2016's Batman v Superman: Dawn of Justice. He featured more prominently in 2017's Justice League, alongside fellow DC Comics headliners Batman, Superman and Wonder Woman.

However, it was his standalone Aquaman feature, released in late 2018, that officially propelled Momoa to movie stardom. Headlining a cast that included Nicole Kidman, Willem Dafoe, Patrick Wilson and Amber Heard, Momoa showcased his formidable physical prowess and quick wit for the impressively rendered underwater adventure, which topped $1 billion at the box office worldwide.

On the heels of his Aquaman success, Momoa was tapped for a starring role in See, which debuted in November 2019 on the Apple TV+ streaming service. The sci-fi adventure series has the action hero playing a warrior chief in a future where the human race has lost the sense of sight.

It was believed that Momoa married actress Lisa Bonet in 2007, though the union reportedly wasn't "official" until the two formally wed in October 2017. The couple have two children together, daughter Lola Iolani Momoa and son Nakoa-Wolf Manakauapo Namakaeha Momoa. Bonet has a daughter Zoë Isabella with former husband Lenny Kravitz.

In 2019 Momoa announced that he was teaming with the Ball Corporation to launch a new line of canned water. Revealing the news by way of a video announcement in which he shaved his trademark beard, the actor stressed the importance of switching from plastic bottled water to recyclable aluminum cans.

"We got to get rid of these plastic water bottles," he said. "Aquaman's trying to do the best he can. For your kids, for my kids, for the world. Clean up the oceans, clean up the land." 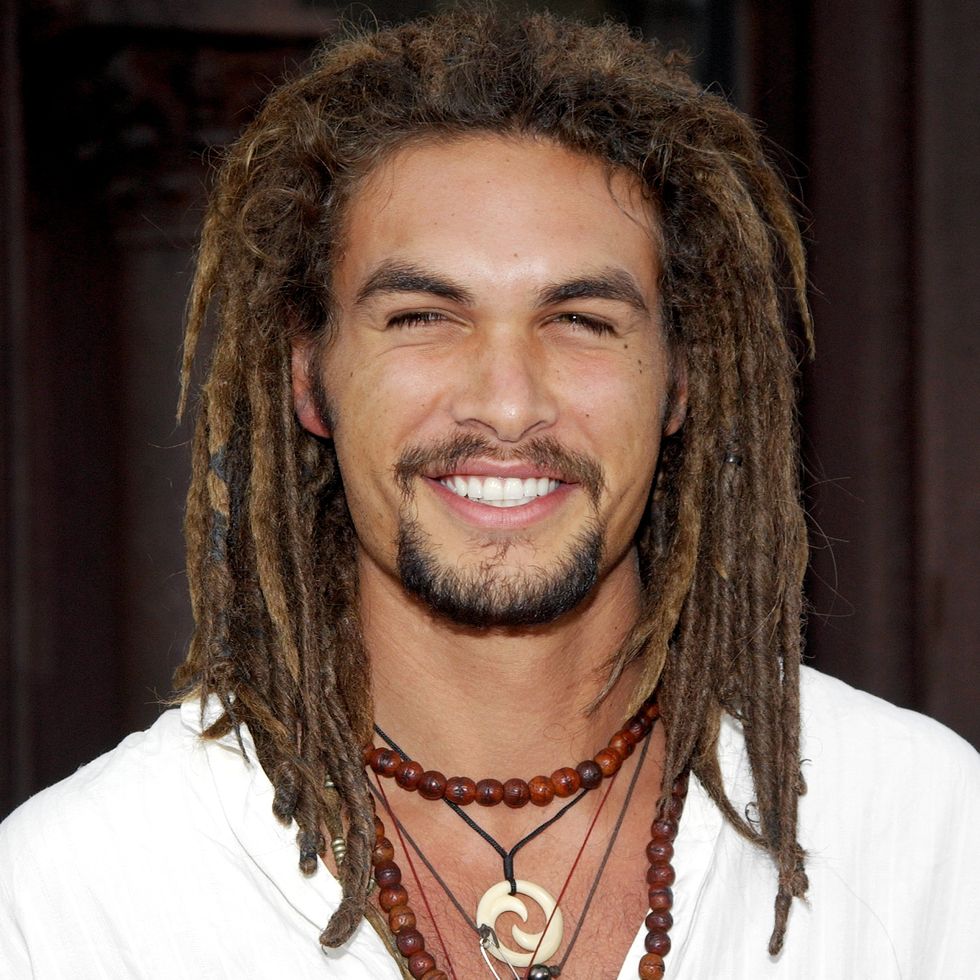