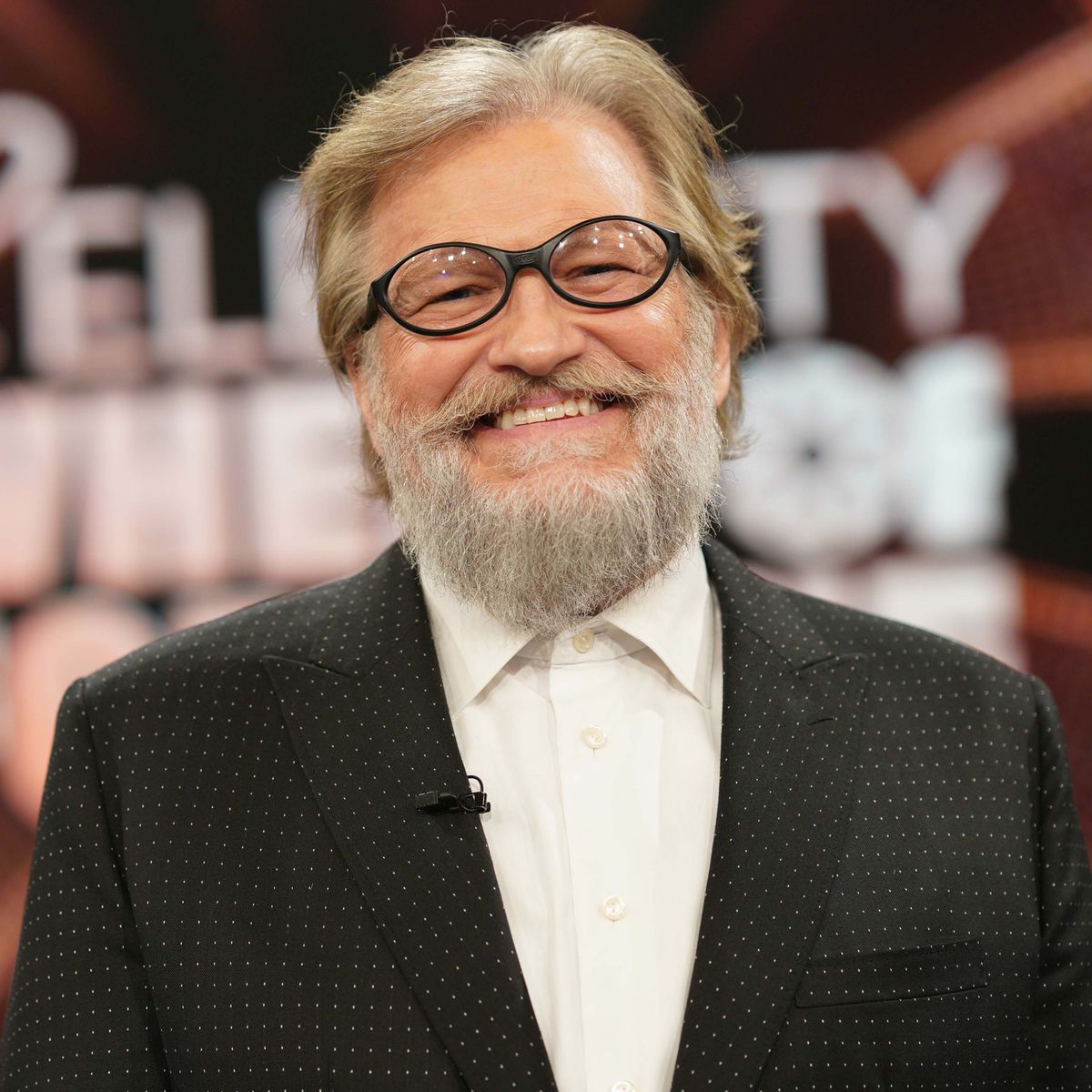 Who Is Drew Carey?

After spending time in the Marine Corps, Drew Carey turned his attention to comedy and his stand-up act led to a primetime sitcom, The Drew Carey Show. He also was the host of the improv comedy show Whose Line Is It Anyway? and is currently the host of The Price Is Right.

Drew Allison Carey was born on May 23, 1958, to Beulah and Lewis Carey in Cleveland, Ohio. The youngest of three brothers, Carey became especially withdrawn when his father, a draftsman for General Motors, succumbed to a brain tumor in 1966. As a result, Carey asked for psychiatric care, but his mother, who was working multiple jobs to support the family, didn't have time to help him seek out therapy.

Since there was a large age gap between Carey and his older brothers, the solitary, depressed boy was often left to his own devices. When the school day was done, he entertained himself with humor books, recordings of comedians and cartoons, and spent time with friends such as David Lawrence.

Carey attended Rhodes High School and, as a trumpet and a coronet player, he was deeply involved in the marching band. After graduating in 1975, he enrolled in Kent State University, joined the Delta Tau fraternity, and became an avid board game player. However, Carey had difficulty with focus — he couldn’t decide on a major and still battled depression. By his junior year, Carey had attempted suicide at least once and had been expelled twice from Kent State. He eventually dropped out of college with the aim of pursuing a career as a stand-up comedian. As he traveled across the country and tried his luck, his depression worsened. In his early 20s, he attempted suicide again. Knowing he needed to work through his emotional problems, Carey returned home to Cleveland — his brother Roger paid for the ticket — and voraciously consumed self-help books.

In 1980, while visiting his brother Neal in San Diego, Carey signed himself up for the Marine Corps Reserve, believing the armed forces would provide the structure he had been craving. During his six-year tenure, Carey developed physically and mentally and gained self-assurance and direction. He was so defined by this period of his life that it helped to develop his signature look — a military buzz cut and thick, black, standard-issue glasses — as well as his Libertarian leanings.

In 1986, childhood friend, actor and radio personality Lawrence contacted Carey. At the time, Lawrence was a morning radio DJ, and he asked Carey to help him write comedy bits for the show. Carey's contributions to the show buoyed his confidence even further, and with Lawrence's encouragement Carey began to make the rounds on the local comedy circuit. By April, he'd won a competition at the Cleveland Comedy Club and began working as their regular emcee. In the following year, he made two notable appearances on TV talent show, Star Search. Over the next few years, he continued perform as much as possible, often shuttling between Ohio and Los Angeles. His persistence paid off, and in 1991 he bolstered his career with a celebrity-making appearance on The Tonight Show. The audience loved Carey, and his performance earned the respect of host Johnny Carson.

'The Drew Carey Show' and 'Whose Line Is It Anyway?'

After multiple cable specials and a few small film and television roles, ABC gave Carey his shot at an eponymous sitcom. He was cast as the average, amiable, assistant director of personnel at a department store in Cleveland, Ohio. Filled with everyman humor, a likable ensemble cast, and several forays into musical theater, The Drew Carey Show debuted in 1995. By its second season, it was a ratings favorite.

The following year, Carey began hosting the American version of the wildly popular British improv show, Whose Line Is It Anyway?, which featured comedians like Ryan Stiles, Colin Mochrie and Wayne Brady. Carey took members of this talented collective on the road in 2001, billing the group as "The Improv All Stars." In addition to these cabaret performances, his hosting duties, and multiple big-screen appearances, Carey was chosen as the host for the 2002 White House Correspondents Dinner, a prestigious and much-envied post.

'The Price is Right'

When The Drew Carey Show wrapped in 2004, and Carey's tenure with Whose Line Is It Anyway? ended in 2006, the comedian took time to develop a passion for sports photography — specifically, soccer. He didn't stray far from the small screen, however. In 2007, he was tapped to helm the CBS game show, The Power of 10, and handpicked to replace Bob Barker as the host of the long-running The Price Is Right.

In recent years, Carey has become even more outspoken in his Libertarian views. An active supporter of personal freedoms, including gun rights and the legalization of medical marijuana, Carey has starred in multiple videos for the Reason Foundation, a like-minded non-profit group.

In 2007 he proposed to his girlfriend, culinary-school graduate Nicole Jaracz. They called off their engagement in 2012.

In January 2018 Carey announced he was engaged to sex therapist Amie Harwick, but they ended their engagement in November of that year.