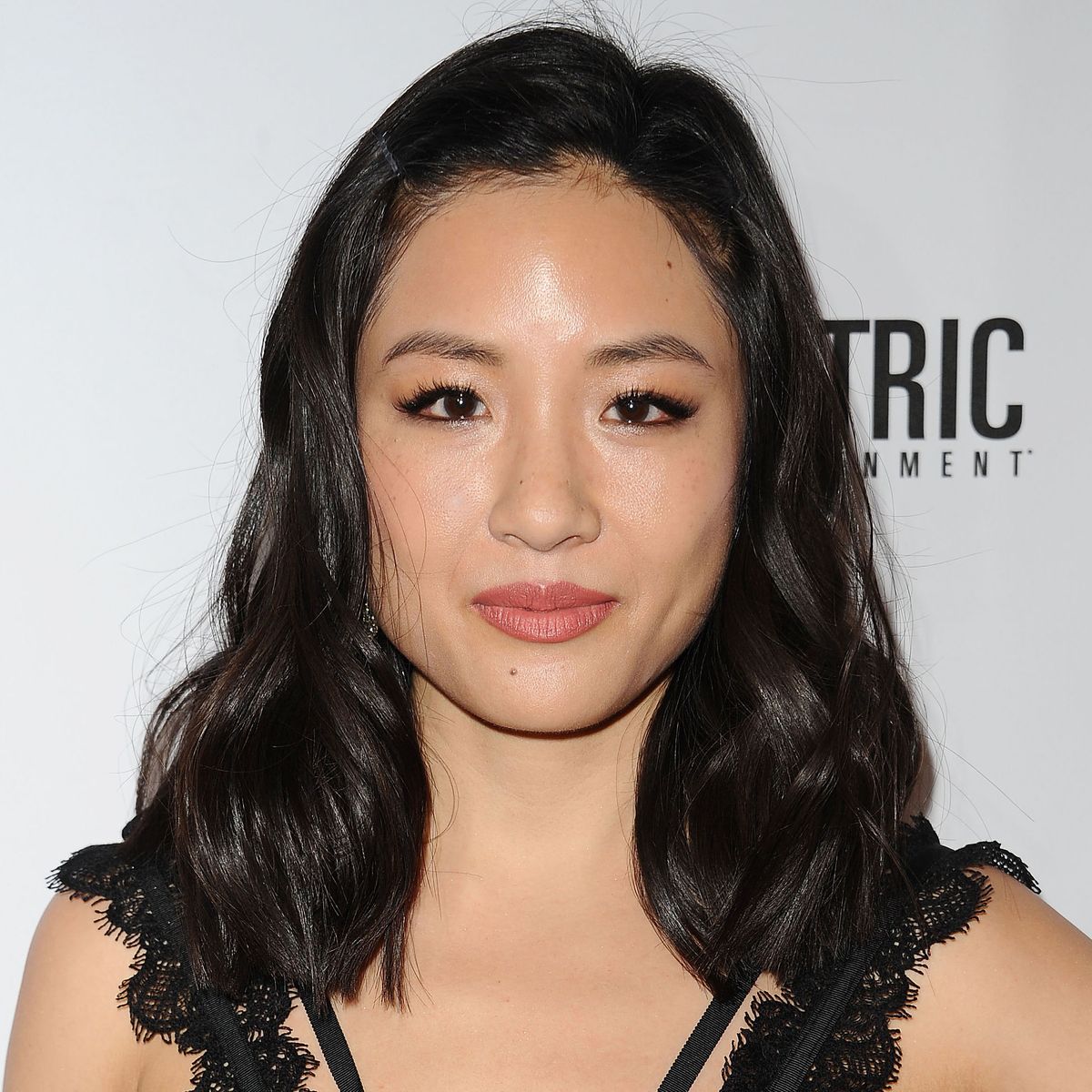 Who Is Constance Wu?

Born in 1982, Constance Wu is an American film and TV actress who started garnering attention with the dark comedy web series EastSiders before landing her breakout role as the tenacious Jessica Huang on ABC's Fresh Off the Boat, which is based off of American chef Eddie Huang's memoir of the same name. In 2018 Wu played the lead role in the modern romantic comedy Crazy Rich Asians, the first major Hollywood film in 25 years with an all-Asian cast centered around a modern Asian-American story. Wu is an outspoken advocate on Asian-American representation in Hollywood. 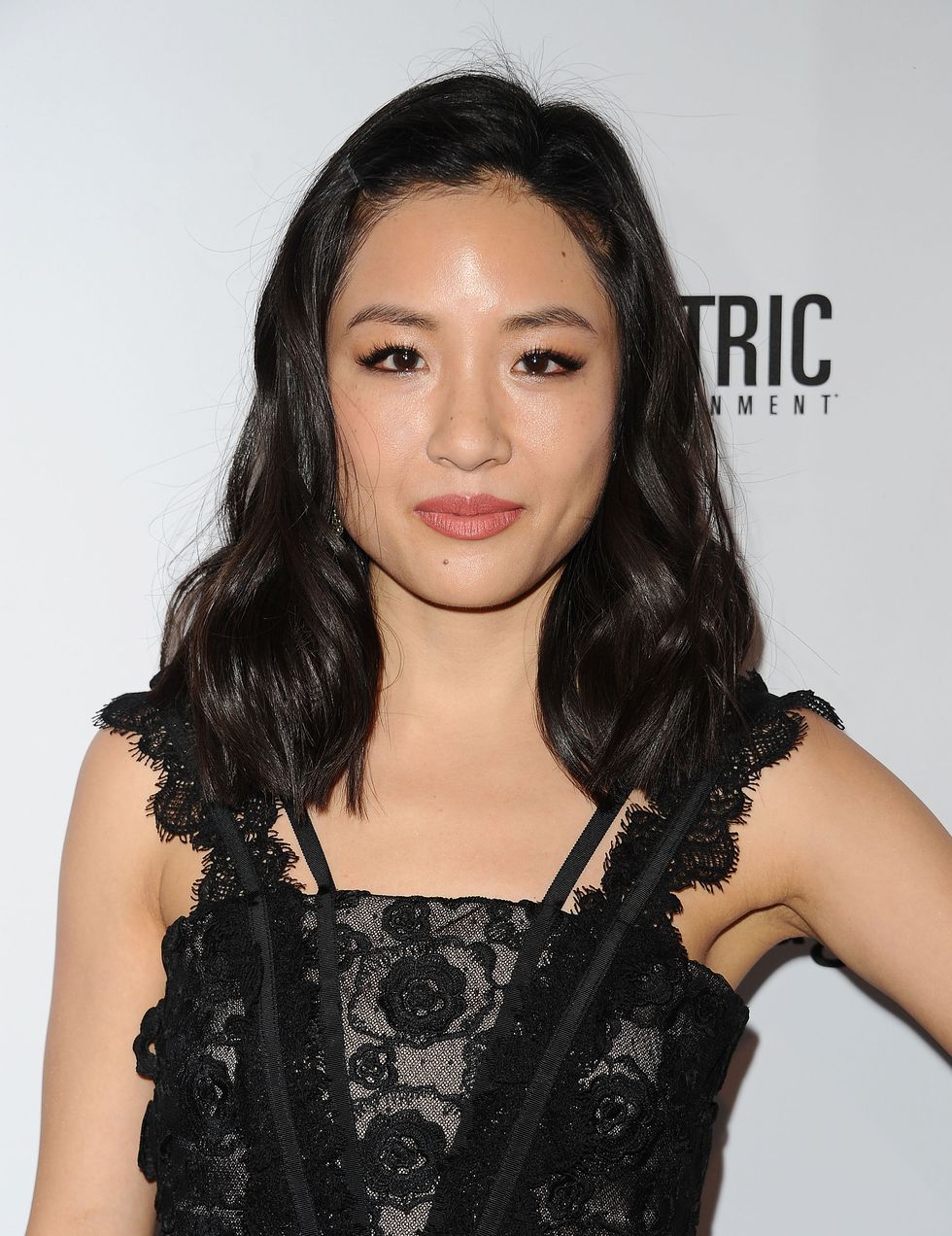 Constance Wu attends the premiere of ’The Book of Love’ at The Grove on January 10, 2017 in Los Angeles, California.
Photo: Jason LaVeris/FilmMagic

Wu's career began in New York, taking on a variety of supporting roles both in film and television. She appeared in indie films like Stephanie Daley (2006), The Architect (2006) and Year of the Fish (2007), and on the small screen, she played ancillary characters in Law & Order: Special Victims Unit, Covert Affairs and for a brief time in 2007, played Laudine Lee on ABC's One Life to Live.

After moving to Los Angeles in 2010, Wu continued taking on supporting roles, which included a part in Brit Marling's psychological thriller Sound of My Voice (2011). Two years later, Wu put her acting chops online by working on the webseries EastSiders, a dark comedy that eventually became critically acclaimed and earned her praise and award nominations. On the show, which was eventually picked up by Netflix, she plays Kathy, a sharp-tongued and emotionally complicated but devoted friend of the main character Cal.

'Fresh Off the Boat'

But it wasn't until 2014 that Wu had a major breakthrough in her career, being cast as young Chinese immigrant mother Jessica Huang on ABC's family sitcom Fresh Off the Boat, a story about a Taiwanese family moving from Washington, D.C., and adjusting to their new life in Orlando, Florida.

In an interview with Vulture in 2016, Wu spoke about the direction the show was heading at the close of its second season.

"We straddled the line of having the show be influenced by Chinese things, but not having it always be about being Chinese," she said. "Because that is essentially how we work. Yes, I have issues that have to do with growing up Asian-American. But there are other things, like doing my taxes or whether or not I should go here for vacation or what my Halloween costume is going to be. Regular human experiences, which for the most part have been only allowed to be white experiences. You're either Asian-Asian or you're white American. The in-between has not been explored very much."

Although the series premise was inspired by American chef Eddie Huang's memoir Fresh Off the Boat, Huang became highly critical of ABC's interpretation of his story, stating that the sitcom was "an artificial representation of Asian-American lives." He also added that Wu's character Jessica was "exoticized."

Wu responded to the criticism by saying she understood both the network's choice in direction and Huang's public criticism: "I work out my problems in private. [Eddie Huang] works out his problems on the page, and that's why we love him," she told Vulture. "To give him sh*t for the very thing that made us love him is a slap in the face. And if we have to quiet our authentic voices just to hold on to scraps, what are you really holding on to?"

But she also added: "I like the fact that our show is the way it is because I want it to be seen by families and little children. [Eddie] wanted things in there that reflected his real life. And if you had a story made of your life, of course you want it to be real and a true reflection of you. But you can't exactly do domestic abuse and drug use in a story that you want 6-year-olds to watch. They're not ready for that yet."

With the success of Fresh Off the Boat, Wu began looking for other projects that would make a social and cultural impact, which she found with the film Crazy Rich Asians, an adaptation of author Kevin Kwan's novel.

Although director Jon M. Chu had wanted Wu for the lead role, the actress had scheduling conflicts and had to reluctantly turn down the project. However, a month later, she decided to reach out to Chu via email to let him know she was still passionate about the opportunity.

She wrote: "Dates are dates, and if those are unmovable, I understand. But I would put all of my heart, hope, humor and courage into the role. What all this could do means so much to me. It's why I advocate so much for young Asian-American girls, so they might not spend their life feeling small or being commanded to be grateful to even be at the table."

Chu was so moved by her email that he changed the film's schedule to accommodate her availability.

In the rom-com, Wu plays Chinese-American professor Rachel Chu, whose boyfriend Nick takes her to Singapore to celebrate a friend's wedding, only to find out that Nick is from a super rich family and a major chick magnet.

The first major studio project since The Joy Luck Club (1993) involving an Asian-American storyline with an all-Asian cast, Crazy Rich Asians proved a hit with audiences, raking in $34 million at the box office over its first five days.

After voicing a character for the animated Next Gen (2018), Wu returned to the spotlight as a single mom turned stripper in Hustlers (2019), alongside Jennifer Lopez, Keke Palmer, Lili Reinhart and Julia Stiles. The film was based on a 2015 New York magazine article about a group of strippers who schemed to drain the bank accounts of their wealthy Wall Street clientele.

'Ghost in the Shell' Controversy

Wu is known for being an outspoken advocate on giving Asian-American artists ample opportunity to find diverse and meaningful work in Hollywood. She spoke decisively against the decision to cast Scarlett Johansson as the heroine in what was originally a Japanese character in the film Ghost in the Shell (2017).

Wu also spoke about her experiences talking to VIPs about the limited roles available to Asian-American actors.

"I’ve gone into a lot of executives’ offices since this stuff has come out, and when I talked about it or when they bring it up, they start white mansplaining why I’m wrong and why I am dumb, and why they’re good people," she told Vulture. "Max Landis had that thing where he said it’s just because there are no bankable movie stars — it’s about green, and that’s the only reason. I know Max Landis, and I understand why he would think it’s that way, and what he says has some evidence to back it up. It doesn’t mean it’s right or good... It’s like, Boo f*cking hoo, a lot of sh*t is hard. Care more, make it matter."

Wu was born Constance Tianming Wu on March 22, 1982 in Richmond, Virginia. Wu's parents moved to the states from Taiwan, and her father worked at the Virginia Commonwealth University as a biology professor, while her mother built her career as a computer programmer.

Wu was the third of four girls in her family, and at a young age, she got involved in local theater programs. In 2005 Wu graduated with an acting degree from the State University of New York at Purchase's Conservatory of Theatre Arts and briefly considered pursuing a graduate degree in psycholinguistics at Columbia University.