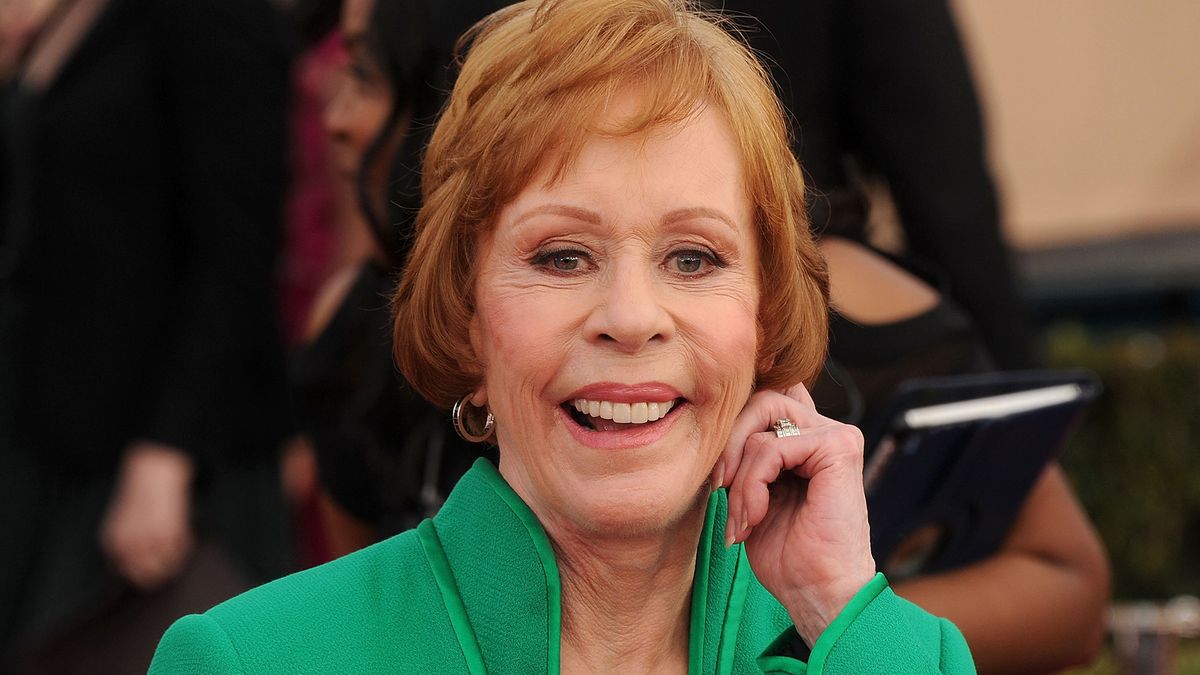 For more than 10 years, The Carol Burnett Show ended with a song...and an ear tug. What audiences didn't know is that when the comedienne was pulling her left earlobe at the end of "I'm So Glad We Had This Time Together," she was also sending a message to the woman who raised her: her grandmother.

"My grandmother raised me out here in Hollywood. When I got my first job back in New York, I called her and I said 'Nanny, I'm going to be on television Saturday morning.' She said, 'Well, you gotta say hello to me.' We figured this out — to pull my ear — and that was my signal to her," she revealed. "It always meant 'Hi Nanny. I'm fine. I love you.' Later it meant, 'Hi Nanny. I'm fine. I love you. Your check's on the way.'"

Enduring a difficult childhood, Burnett felt 'safe' with her grandmother

Born on April 26, 1933, in San Antonio, Texas, Burnett had a difficult childhood. Her parents were alcoholics and divorced each other when she was young. Burnett was sent to live with her Christian Scientist grandmother Mabel White (aka Nanny), and the two found their way to Hollywood, California to live near her mother and half-sister Chrissie in a low-income studio apartment.

Despite being poor, Burnett found solace in her Nanny's love. But it wasn't to say Nanny was perfect. In fact, according to Burnett's memoir, One More Time, her grandmother was manipulative and a hypochondriac. There was a lot of mystery surrounding Nanny's life, but still, the comedienne found solace in their relationship.

"Nanny was my rock. In her eyes, I was the number-one person in her world, so I felt safe with her," Burnett told the Daily News. 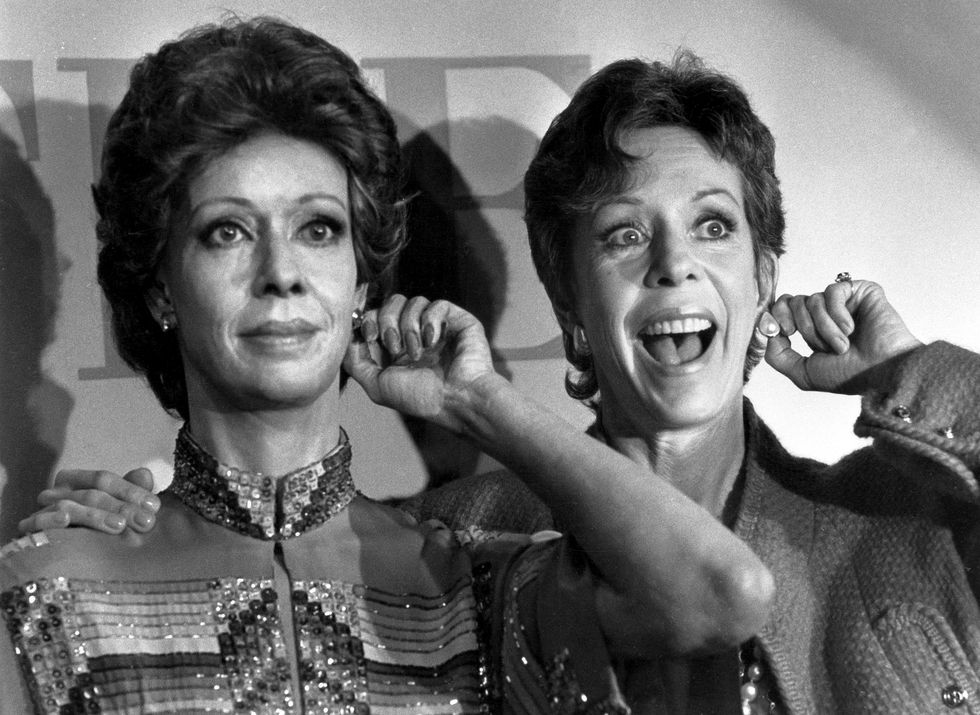 Her grandmother introduced Burnett to the movies, which taught her 'everything's possible'

A gifted vocalist and musician, Nanny would sing along with Burnett at home and teach her to look on the bright side of life regardless of the circumstances. When she wasn't taking out her dentures to elicit a laugh from her granddaughter, she was taking Burnett and Chrissie to diners to pocket silverware so they could have eating utensils. Although money was tight, there was one thing Nanny would indulge her granddaughters in: the movies.

The trio would frequently visit the movie palaces and watch Hollywood greats like Fred Astaire and Joan Crawford... along with occasionally "borrowing" toilet paper from the theatres' bathroom stalls.

Despite their sticky fingers, it would be these memories of visiting the cinema that would inspire Burnett to embark on a singing and acting career.

“I was raised going to the movies in the '30s and '40s when there was no cynicism,” Burnett said. “I never saw the dark side. I think those movies may be what did it for me — an imprint on a young mind and a young girl growing up that everything’s possible. You can be happy.”

READ MORE: A Stranger Gave a Struggling Carol Burnett $1,000 to Start Her Career

Burnett's ear tug was actually inspired by a dance troupe

Although her parents were never able to experience her success, Nanny was able to share important milestones with her granddaughter, flying out to see her perform on Broadway and watching her on television. However, since Nanny couldn't always be there, Burnett's now-famous ear tug became a symbol of their love. (Burnett admits she actually borrowed the gesture from a dance troupe who decided to do it as a way of saying "hello" to their children.)

As Burnett's star grew, Nanny's health began to decline. At one point, Nanny suffered a mild heart attack. Burnett recalled that many neighbors from their run-down studio apartment in Hollywood — who often served as acting extras for the studios — came to encourage her while she was recuperating.

"So [Nanny's] in the hospital and there’s this line of extras in costumes lined up at her door to cheer her up. There was a man with a harmonica playing while his daughter, wearing a tutu, was doing a tap dance, twirling a baton, and ending in a split! Once she finished, Nanny said, 'Well, thank you very much, I’ll tell Carol about you. Send in the next one.' It was like she was auditioning them."

Although Nanny died before The Carol Burnett Show went off the air, the comedienne never forgot how her nanny's love and support molded her resilience and creativity. That's why the whole world smiles and continues to watch Burnett give a tug to her left ear.