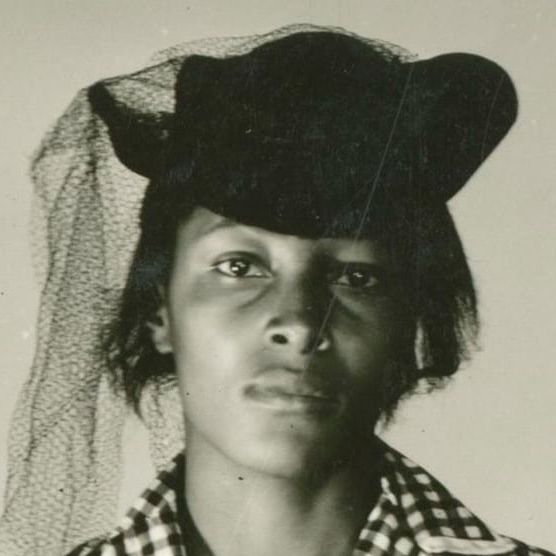 Who Was Recy Taylor?

Recy Taylor was a 24-year-old sharecropper who was gang-raped in September 1944 in Abbeville, Alabama. Her attackers were local white teenagers who were never indicted, despite the efforts of Rosa Parks (then an investigator for the NAACP), a nationwide campaign that brought attention to this miscarriage of justice and even a confession from one assailant. The case received renewed public attention with a 2010 book, a 2017 documentary and when Taylor was mentioned by Oprah Winfrey during her acceptance speech for the Cecil B. DeMille Award at the 2018 Golden Globes.

Recy Taylor was born Recy Corbitt in Abbeville, Alabama, on December 31, 1919. Taylor was born into a family of sharecroppers and grew up to do this work herself. She served as a surrogate mother for many of her younger siblings after her mother died when Taylor was 17. With husband Willie Guy Taylor, Taylor had one child: Joyce Lee. Joyce died in 1967 in a car accident. The documentary The Rape of Recy Taylor revealed that the attack left Taylor unable to have any more children.

Instead of taking her to the police station, as they'd said, the teens took Taylor to a secluded area. Though she begged for mercy, they forced her to undress, and at least six raped her for several hours (one kidnapper would later say he did not participate in the sexual assault because he knew Taylor). Taylor said they threatened to kill her if she spoke out about what had happened before leaving her blindfolded at the side of a lonely road.

Taylor's father, who had been informed of the abduction, found her making her way home. Despite the warning, Taylor related details of the attack to her father, husband and the sheriff. She could not name her rapists, but told the sheriff the car she had been in was a green Chevrolet; he recognized the vehicle and brought Hugo Wilson to Taylor, who identified him as one of her assailants.

Wilson named the others who had been with him: Herbert Lovett, Dillard York, Luther Lee, Willie Joe Culpepper, Robert Gamble and Billy Howerton (Howerton was the one who said he didn't take part in the rape). However, Wilson also claimed that they had paid Taylor to have sex. Though Taylor was known to be a diligent worker and dedicated churchgoer, the sheriff and others would eventually make false claims that Taylor had been jailed and had a history of venereal disease. 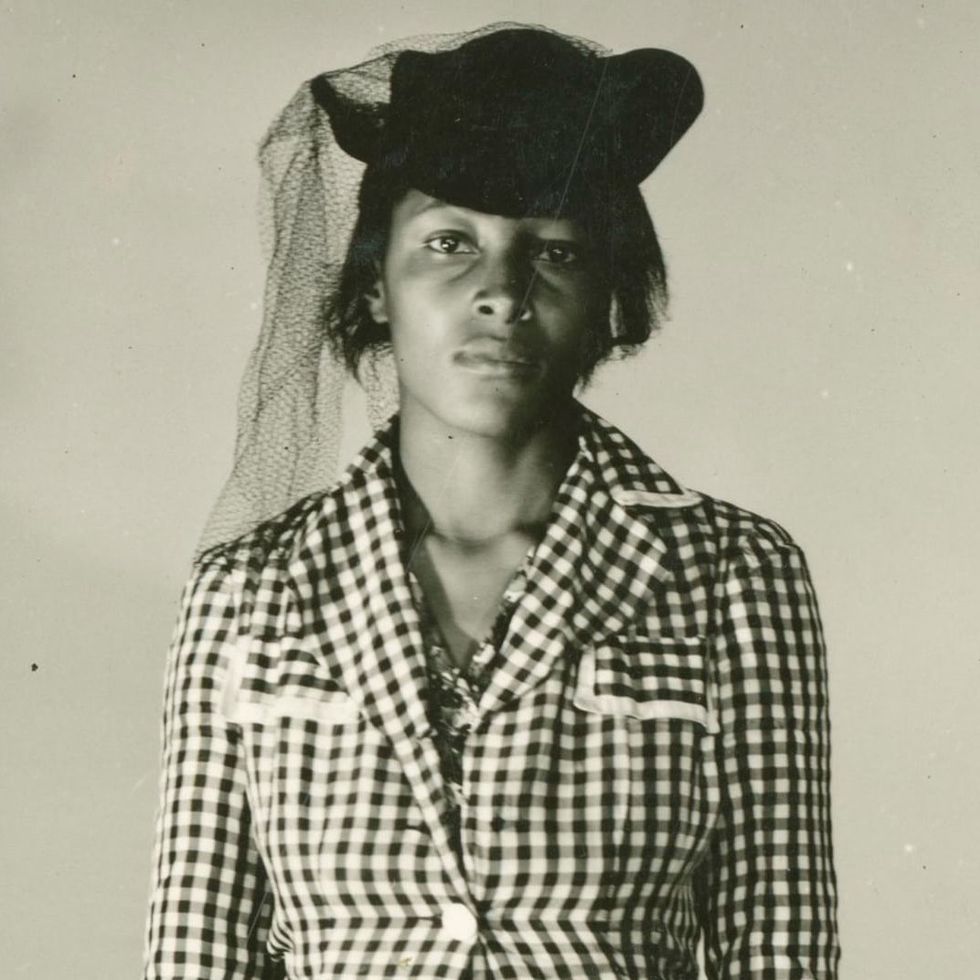 Taylor's house was soon firebombed, so she, her husband and daughter had to move in with her father and younger siblings. To protect his family, Taylor's father maintained an armed vigil at night and slept during the day.

Rosa Parks, a victim of attempted rape herself who documented such crimes against Black women, came from the Montgomery chapter of the NAACP to talk with Taylor. The official investigation did not even include a lineup for Taylor to try to identify her attackers. The grand jury met in early October, but only Taylor and her associates testified, and no indictments were issued.

Parks and other activists formed the "Committee for Equal Justice for Mrs. Recy Taylor" to bring attention to the case. There were committee branches in multiple states, and well-known people such as W.E.B. DuBois, Mary Church Terrell and Langston Hughes got involved. Alabama Governor Chauncey Sparks received numerous telegrams, postcards and petitions calling for justice.

An article in the Chicago Defender highlighted how Taylor and her husband had been offered money to "forget" the rape. And some writers drew attention to the fact that America was fighting fascism abroad during World War II while taking no steps to ensure that every citizen at home would be treated fairly and equally under the law.

Governor Sparks did order a private investigation; Willie Joe Culpepper even corroborated Taylor's version of her ordeal, admitting, "She was crying and asking us to let her go home to her husband and baby." Yet a second grand jury still failed to provide indictments in February 1945 (like the first, the members were all white and male, and some had family connections to the accused).

The Years After the Attack

Sadly, after Taylor's attack, there was a consistent supply of new crimes — from Black women who were sexually assaulted to Black men who were lynched following unfounded accusations of sexual crimes — to draw activist attention, and her case faded from public view.

With help from Parks, Taylor spent a few months in Montgomery before returning to an area filled with people who had contributed to her case passing without justice. Taylor ended up moving to Florida in 1965, where she found work picking oranges. She remained in Florida until her health worsened and relatives brought her back to Abbeville.

Through the years, the memory of her assault lingered for Taylor. But she was thankful she was not killed during the attack, telling NPR's Michel Martin in 2011, "They was talking about killing me … but the Lord is just with me that night."

In 2010, Taylor said that she would appreciate an official apology, noting, "The people who done this to me … they can’t do no apologizing. Most of them is gone."

In 2011, Alabama's legislature formally apologized to Taylor for not offering justice. The apology stated in part, "[T]he failure to act was, and is, morally abhorrent and repugnant, and that we do hereby express profound regret for the role played by the government of the State of Alabama in failing to prosecute the crimes."

Taylor's case, despite the involvement of Parks and the NAACP, faded from public attention. But with the publication of At the Dark End of the Street: Black Women, Rape, and Resistance — a New History of the Civil Rights Movement from Rosa Parks to the Rise of Black Power (2010), historian Danielle L. McGuire brought fresh attention to Taylor's ordeal. McGuire was able to unearth primary documents and linked activist work on Taylor's case to the Civil Rights Movement.

Taylor's younger brother, Robert Lee Corbitt, never forgot what happened to his sister, but found that newspaper articles and legal documents were missing when he tried to delve into the case himself. It was only when he learned of historian Danielle McGuire's research for her book that he gained access to archives and information about the attack.

Director Nancy Buirski read McGuire's book, which inspired her to make the documentary The Rape of Recy Taylor (2017). The movie contains interviews with Taylor, her brother and sister, as well as talks with family members of the accused rapists, to shine a light on both the attack and what caused such a miscarriage of justice.

Recy Taylor died on December 28, 2017, a few days before her 98th birthday. She passed away in her sleep at a nursing home in Abbeville.

For Taylor, the decision not to keep quiet was an extraordinarily brave one. By refusing to remain silent, she helped bring attention to the atrocity of Black women and sexual violation, something that all too often remained in the shadows. As documentary director Nancy Buirski told NBC News, "It is Recy Taylor and rare other Black women like her who spoke up first when danger was greatest."

Given that she took the risk of speaking out, Taylor would likely appreciate that her case continues to be remembered. On January 5, 2018, Alabama Representative Terri Sewell spoke to Congress about Taylor's life and legacy.

At the 2018 Golden Globes, Winfrey reminded the world of what Taylor had gone through, stating, "I just hope that Recy Taylor died knowing that her truth, like the truth of so many other women who were tormented in those years, and even now tormented, goes marching on." Later in the month, Winfrey was on assignment for 60 Minutes and coincidentally ended up in Abbeville, where she stopped to pay her respects at Taylor’s grave.