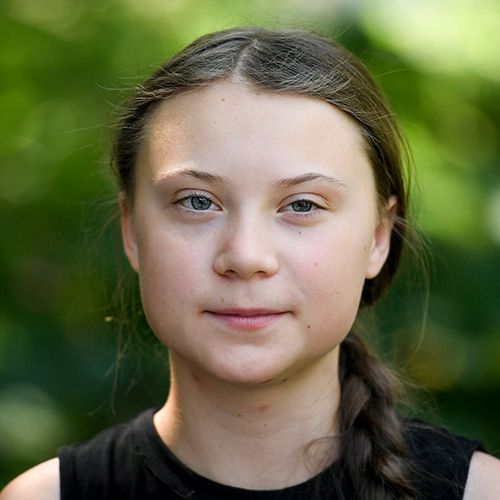 Who Is Greta Thunberg?

Greta Thunberg is a Swedish climate youth activist who sparked an international movement to fight climate change beginning in 2018. With the simple message "School strike for climate" handwritten on poster board, Thunberg began skipping school on Fridays and protesting outside the Swedish Parliament. Thanks to social media, her actions have spread and influenced millions of young people all over the world to organize and protest.

Launching "Fridays For Future," Thunberg and other concerned youths throughout Europe have continued to pressure leaders and lawmakers to act on climate change through their regular walkouts. Thunberg has also traveled the world, meeting with global leaders and speaking at assemblies to demand climate solutions and a recommitment to the Paris Agreement. Recently diagnosed with Asperger's, the activist has publicly shared her views on her disorder, referring to it as her "superpower."

Thunberg was nominated for the Nobel Peace Prize in March 2019, and a few months later she became the youngest individual ever to be honored as Time's Person of the Year.

Thunberg was born on January 3, 2003, in Stockholm, Sweden. Thunberg began her climate activism at age 15. Thunberg was born and raised in an artistic family. Her mother, Malena Ernman, is an opera singer, and her father, Svante Thunberg, is an actor. She has a younger sister, Beata, who is a popular singer in Sweden. Like her sister, Beata has been open about her own challenges dealing with disorders like ADHD and OCD.

Thunberg was only eight when she first learned about the climate crisis. Since then, she has made efforts to lower her carbon footprint by not flying and becoming vegan and has influenced her family to do the same.

As the face of the climate youth movement, Thunberg has been invited to speak at numerous rallies including ones in Stockholm, London and Brussels. In December 2018, her speech at the United Nations COP24 in Katowice, Poland, went viral.

"You are not mature enough to tell it like is," she said at the summit, addressing the Secretary-General. "Even that burden you leave to us children. But I don't care about being popular. I care about climate justice and the living planet."

Cross-Atlantic Trip to the United States

Invited to speak at the UN Climate Action Summit in New York City, which took place in September 2019, Thunberg traveled across the Atlantic on a zero-emissions yacht, accompanied by her father and a supporting crew. Taking a little over two weeks, the yacht arrived in New York City on August 28th, and from there, Thunberg visited with President Barack Obama and later spoke before the House Foreign Affairs Committee and the House Select Committee in Washington D.C. on September 18th.

Two days later on September 20th, Thunberg walked with millions of protesters in New York City to demand climate action at the New York City Global Climate Strike. The demonstration became the largest climate protest in history with a total of 4 million people marching all over the world. The next day, she spoke at the UN Youth Climate Summit.

Although the world's eyes were already on the teen activist, her speech on September 21, 2019, at the United Nations Climate Action Summit brought headline news. Speaking before leaders, lawmakers and U.N. Secretary-General Antonio Guterres, Thunberg lambasted them with one of her most indignant speeches.

"You have stolen my dreams and my childhood with your empty words. And yet I'm one of the lucky ones. People are suffering. People are dying. Entire ecosystems are collapsing," she said. "We are in the beginning of a mass extinction, and all you can talk about is money and fairy tales of eternal economic growth. How dare you!" 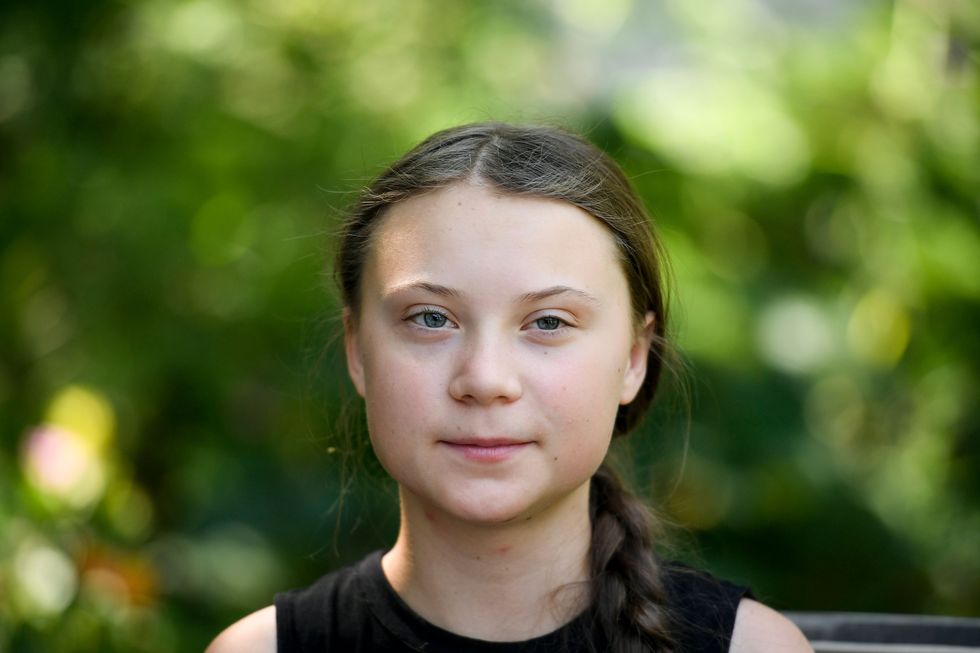 She added: "For more than 30 years, the science has been crystal clear. How dare you continue to look away and come here saying that you're doing enough, when the politics and solutions needed are still nowhere in sight... You are failing us. But the young people are starting to understand your betrayal. The eyes of all future generations are upon you. And if you choose to fail us, I say: We will never forgive you."

Days later, Thunberg joined 15 other young climate activists to file an official complaint that five countries — Argentina, France, Germany, Brazil and Turkey — have not honored their Paris Agreement pledges and have therefore violated the UN Convention on the Rights of the Child treaty.

Thunberg's "How Dare You" speech attracted so much attention that President Donald Trump, a vehement climate change denier, felt compelled to offer a mocking tweet: "She seems like a very happy young girl looking forward to a bright and wonderful future. So nice to see!" he wrote.

In response, Thunberg changed her Twitter bio temporarily, using Trump's language against him. Her profile read: “A very happy young girl looking forward to a bright and wonderful future.”

In December 2019, Thunberg was among the speakers at the UN Climate Change Conference (COP25) in Madrid, Spain. She also attended another major climate demonstration in the city, telling her fellow protesters, "The hope is not within the walls of COP25; the hope is out here with you."

In March 2019, Thunberg was nominated for the Nobel Peace Prize for her climate activism. However, she lost the award to Ethiopian Prime Minister Abiy Ahmed.

'Time' Person of the Year

On December 11, 2019, Thunberg was named Time magazine's Person of the Year; a month shy of her 17th birthday, she became the youngest individual to earn the honor.

"Thunberg has become the biggest voice on the biggest issue facing the planet," wrote the Time editor-in-chief. "This was the year the climate crisis went from behind the curtain to center stage, from ambient political noise to squarely on the world's agenda, and no one did more to make that happen than Thunberg.

Taking a year off of school to campaign for climate action, Thunberg plans to travel to Mexico, Canada and South America to meet with environmental activists and see firsthand the regions most affected by climate change.