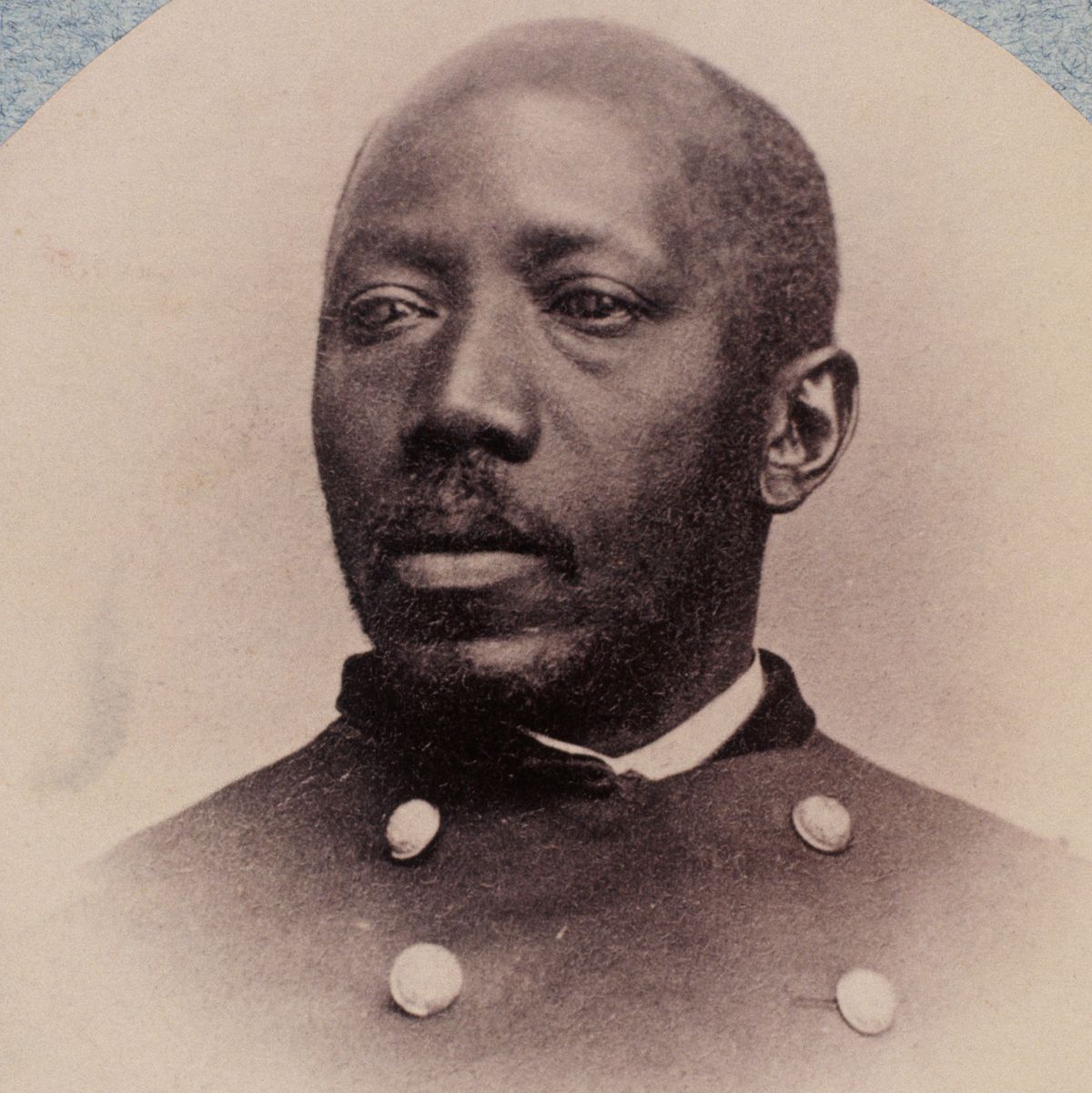 Who Was Martin Robison Delany?

Martin Robison Delany spent his life working to end slavery. He was a successful physician — one of the first African Americans admitted to Harvard Medical School — who used his influence to educate others about the evils of slavery with a number of abolitionist publications. He later served in the Civil War.

Martin Robison Delany was born free on May 6, 1812, in Charles Town, Virginia, now within West Virginia. The youngest of five children, Delany was the son of a slave and grandson of a prince, according to family reports. All of his grandparents had been brought over from Africa to be slaves, but his father's father was by some accounts a village chieftain, and his mother's father a Mandingo prince. His mother, Pati, may have won her freedom because of this and she worked as a seamstress, while her husband Samuel was an enslaved carpenter.

Pati was determined to educate her children, but Virginia was a slave state, and she was reported to the sheriff for teaching them to read and write from The New York Primer for Spelling and Reading, which she had procured from a traveling peddler. She quickly moved the family to Chambersburg, Pennsylvania. Samuel could not join them until he had bought his freedom a year later.

Delany continued his education in Pennsylvania, alternating with work to help support his family. When he was 19, he walked the 160 miles to Pittsburgh to attend the Bethel Church school for Black people and Jefferson College, where he studied Latin, Greek and classics. He also apprenticed with several abolitionist doctors to learn medicine.

He traveled through the Midwest, down to New Orleans and over to Arkansas, including a visit to the Choctaw Nation, before settling down and marrying Catherine Richards, the daughter of a well-to-do merchant, in 1843. They went on to have 11 children.

Delany resumed his interest in medicine but also founded The Mystery, the first African American newspaper published west of the Allegheny Mountains. His articles about various aspects of the anti-slavery movement were picked up by other papers and his renown began to spread, but a libel suit against him, filed (and won) by Fiddler Johnson, forced him to sell the paper.

Frederick Douglass quickly hired Delany to write for his paper, The North Star, in 1847, but they didn't always agree on the right course for the abolitionist movement, and the collaboration ended after five years.

In 1850, Delany was one of the three first Black men to enroll in Harvard Medical College, but white protest forced him to leave after the first term.

So he returned to writing, publishing The Origin and Objects of Ancient Freemasonry; Its Introduction into the United States and Legitimacy Among Colored Men and prior to that, The Condition, Elevation, Emigration and Destiny of the Colored People of the United States Politically Considered, a treatise that explored the option of Black people returning to their native Africa.

This prompted a trip to Nigeria in the mid-1850s to negotiate land for African-American emigrants, as well as exploring Central America and Canada as options. Delany wrote about what he found there as well as a novel, Blake: Or the Huts of America.

The Emancipation Proclamation gave Delany hope that emigration might not be necessary, and he became active in promoting the use of African Americans in the Union Army, recruiting one of his own sons, Toussaint L'Ouverture Delany, to the Massachusetts 54th Regiment.

After the war, Delany tried to enter politics. A quasi-biography, written pseudonymously by a female journalist under the name Frank A. Rollin—Life and Services of Martin R. Delany (1868)—was a stepping stone to serving on the Republican State Executive Committee and running for lieutenant governor of South Carolina.

Although he supported African-American business and advancement, he would not endorse certain candidates if he did not think they were fit to serve. But his support did help elect Wade Hampton governor of South Carolina, and he was appointed trial judge.

Delany resumed emigration initiatives when the Black vote was suppressed, serving as chairman of the finance committee for the Liberia Exodus Joint Stock Steamship Company. In 1879 he published Principia of Ethnology: The Origin of Races and Color, with an Archeological Compendium and Egyptian Civilization, from Years of Careful Examination and Enquiry, which detailed the cultural achievements of the African people as touchstones of racial pride. But in 1880 he returned to Ohio, where his wife had been working as a seamstress, to practice medicine and help earn tuition for his children attending Wilberforce College.

Douglass' most famous quote about him underscores Delany's legacy as a spokesman for Black nationalism: "I thank God for making me a man, but Delany thanks Him for making him a Black man."

Delany died of tuberculosis on January 24, 1885, in Wilberforce, Ohio. He has been described as a Renaissance man: publisher, editor, author, doctor, orator, judge, U.S. army major, political candidate and prison inmate (for defrauding a church), and the first African American to visit Africa as an explorer and entrepreneur.

"Delany is a figure of extraordinary complexity," wrote historian Paul Gilroy, "whose political trajectory through abolitionisms and emigrationisms, from Republicans to Democrats, dissolves any simple attempts to fix him as consistently either conservative or radical."

A few months after his death, all of his papers, which could have further clarified his position on issues for subsequent scholars, burned in a fire at Wilberforce University in Ohio.