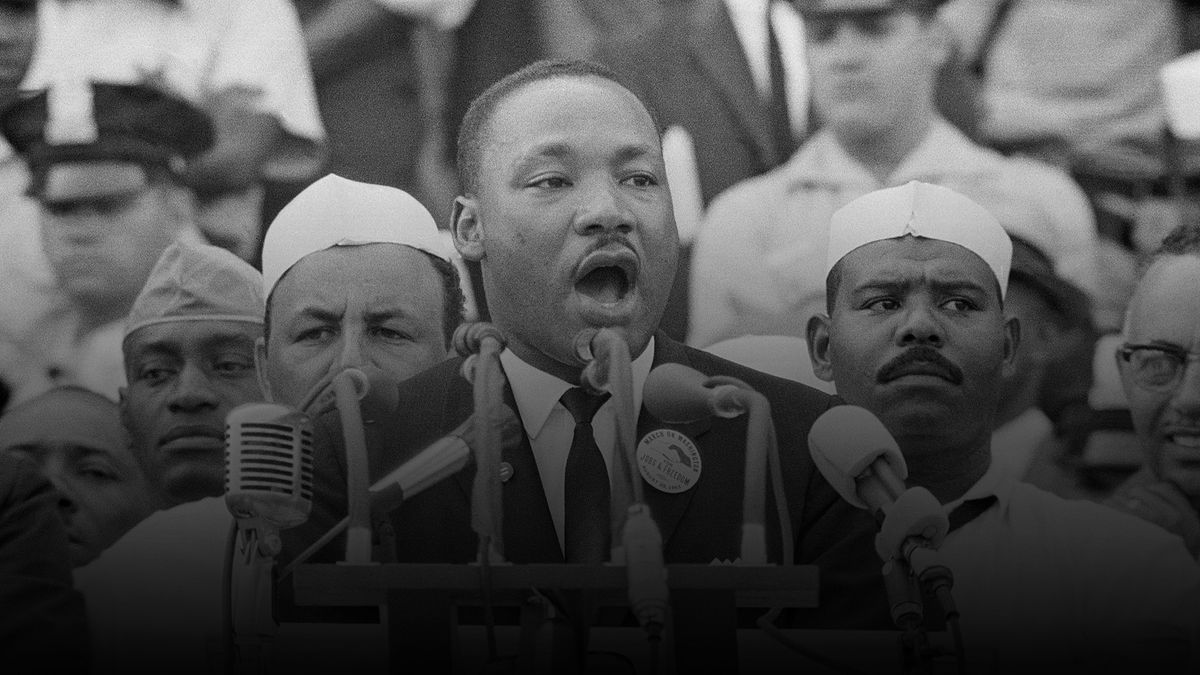 The best-laid plans are often better off ignored — at least that was the case with Dr. Martin Luther King Jr.’s “I Have a Dream” speech at the March on Washington from the steps of the Lincoln Memorial on August 28, 1963.

Widely regarded as one of the world’s most “transformative and influential” speeches alongside Abraham Lincoln’s 1863 Gettysburg Address and Winston Churchill’s 1940 “Blood, toil, tears and sweat” speech, the impact of King’s words that hot summer afternoon in Washington, D.C., struck a chord with civil rights advocates near and far and became a powerful rallying cry.

But those four famous words almost didn’t make it into the speech. 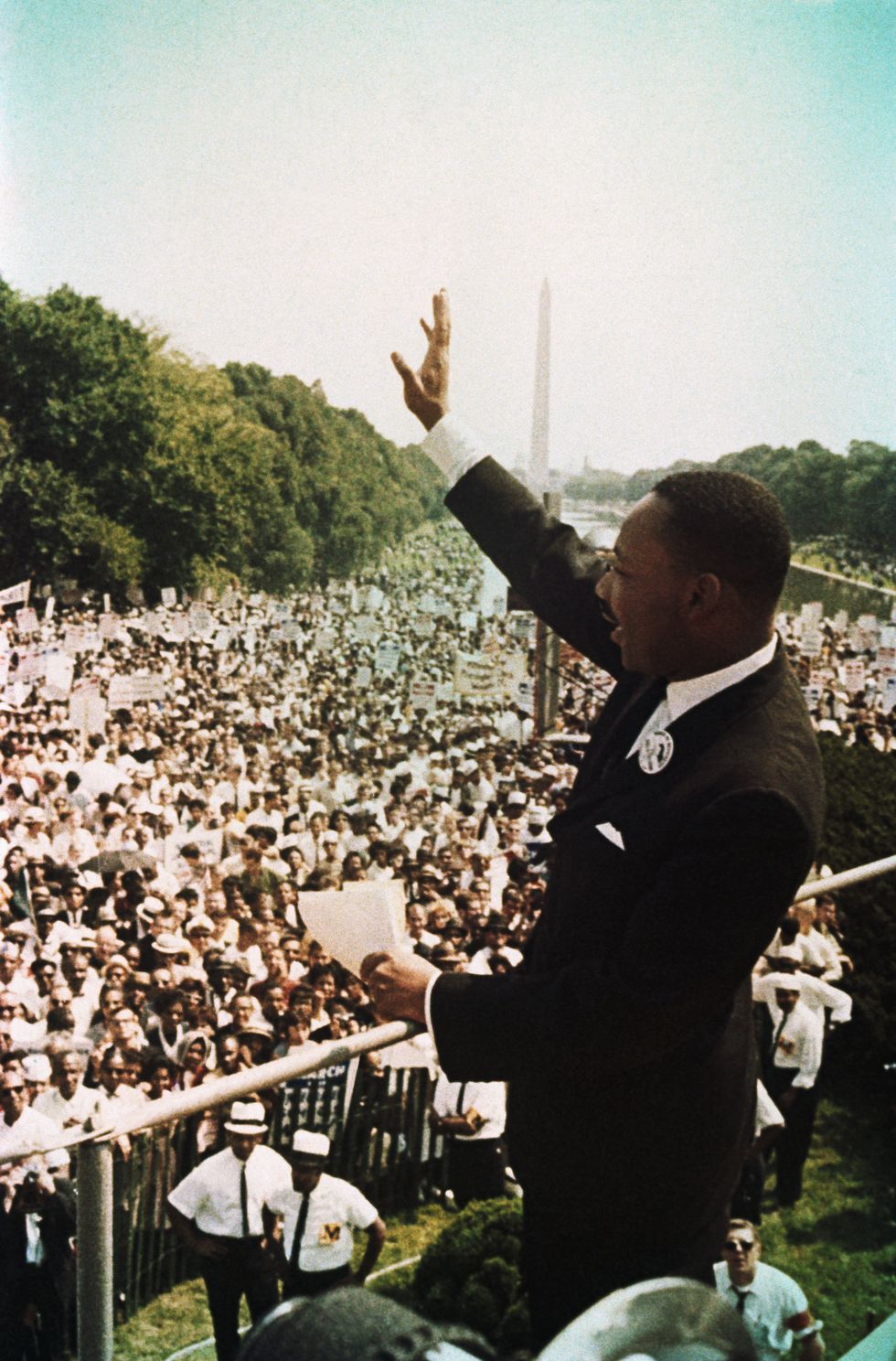 King wanted the speech to be 'like the Gettysburg Address'

Before he stepped up to the podium that day, King was already known on the national stage for his civil rights work. He had already been a leader in the Montgomery Bus Boycott in 1955 and the Greensboro sit-in movement in 1960 and was known for his 1963 Letter from Birmingham Jail, where he was taken after a peaceful demonstration.

The Baptist minister, who was also the head of the Southern Christian Leadership Conference, was known as a powerful orator, but the bulk of his audience had been within the African American community. Fellow civil rights activist A. Philip Randolph had reached out to him and other prominent figures in the movement to organize the march followed by three hours of speeches.

The three major television networks at the time — ABC, CBS and NBC — had all promised to cover the event, so King knew the stakes were high. Even though he was limited to five minutes, his goal was clear: To make a speech with impact on the nation “like the Gettysburg address.”

He confided in a team of trusted advisors

To carefully craft the right words, King turned to his inner circle. The first draft was written by Stanley Levison and Clarence Jones, two of his advisers.

“When it came to my speech drafts, [King] often acted like an interior designer,” Jones said, according to The Guardian. “I would deliver four strong walls and he would use his God-given abilities to furnish the place so it felt like home.”

Even though they knew the importance of the speech, with the logistics, they only gathered as a group at the Willard Hotel the evening before the speech. “We met in the lobby rather than in a suite, under the assumption that the lobby would be harder to wiretap,” Jones wrote in the Washington Post. “It was with this odd start, hiding in plain sight, that 12 hours before the March on Washington began, Martin gathered with a small group of advisers to hammer out the themes of his speech.”

Even though King was happy with the draft, he had wanted to get as much input as possible. “So that evening he had a cross-section of advisers present to fill any blind spots,” Jones wrote. “Cleveland Robinson, Walter Fauntroy, Bernard Lee, Ralph Abernathy, Lawrence Reddick and I joined him, along with Wyatt Walker and Bayard Rustin, who were in and out of our deliberations.”

Of course, everyone had their own take, which became a challenge to juggle. “As we ate sandwiches, our suggestions tumbled out,” Jones remembers. “Cleve, Lawrence and I saw the speech as an opportunity to stake an ideological and political marker in the debate over civil rights and segregation. Others were more inclined for Martin to deliver a sort of church sermon, steeped in parables and Bible quotes. Some, however, worried that biblical language would obfuscate the real message — reform of the legal system. And still others wanted Martin to direct his remarks to the students, Black and white, who would be marching that day.”

'I have a dream' was originally cut from the speech

The idea of the “dream” had actually been one that King long talked about, almost like a theme throughout his previous speeches. Walker had the strongest opinion: “Don’t use the lines about ‘I have a dream.’ It’s trite, it’s cliche. You’ve used it too many times already.”

Respecting his view, the mention of the dream was cut from the speech. At 4 a.m., King finally went to bed. “I am now going upstairs to my room to counsel with my Lord,” he said, according to The Guardian. “I will see you all tomorrow.” 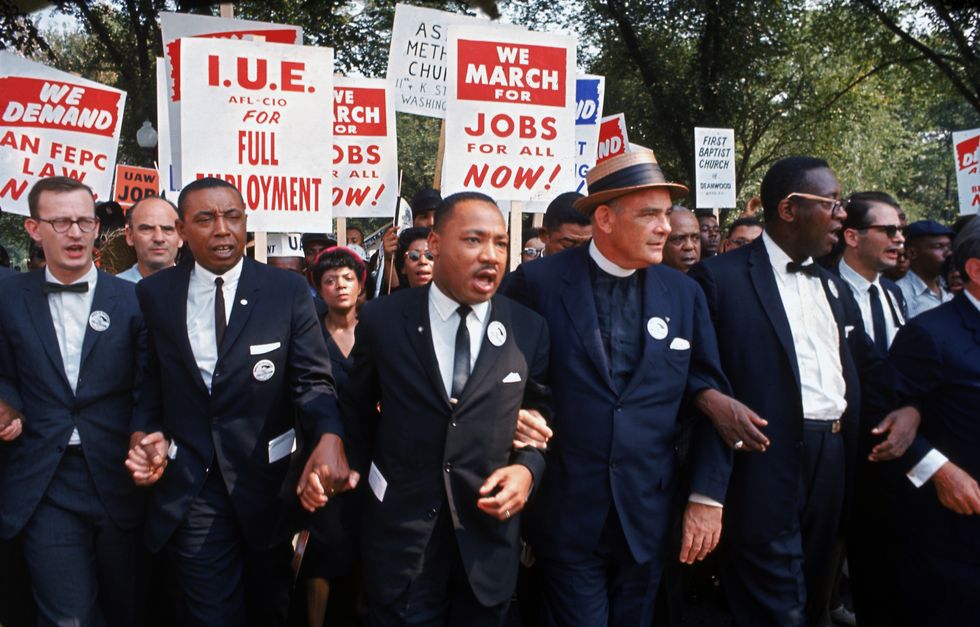 While everything was meticulously planned, the organizers still worried there may not be the turnout they hoped for. After all, they set a goal of 100,000 to attend the March on Washington.

“It was truly staggering. Estimates vary widely, depending on the agenda of who was keeping count, but those of us who were involved in planning The March put the number at a minimum of 250,000,” Jones wrote in his book, Behind the Dream: The Making of the Speech that Transformed a Nation. “They showed up to connect with The Movement, to draw strength from the speakers and from each other.”

By the time it was King’s turn, some people had already headed out because of the stifling heat. But nothing was holding him back from his moment on the national stage.

"I am happy to join with you today in what will go down in history as the greatest demonstration for freedom in the history of our nation,” he first addressed the crowd.

Then, much like the Lincoln speech he sought inspiration from that started, “Four score and seven years ago,” he started with the words, “Five score years ago,” and highlighted the importance of the Emancipation Proclamation.

“But one hundred years later, the Negro still is not free,” he continued, before describing the state of African American life in the United States.

Then he moved into the purpose of the march: “In a sense we’ve come to our nation’s capital to cash a check. When the architects of our republic wrote the magnificent words of the Constitution and the Declaration of Independence, they were signing a promissory note to which every American was to fall heir. This note was a promise that all men, yes, Black men as well as white men, would be guaranteed the unalienable rights of life, liberty, and the pursuit of happiness.”

“It would be fatal for the nation to overlook the urgency of the moment,” he continued, emphasizing why it was essential for imminent action. “And as we walk, we must make the pledge that we shall always march ahead. We cannot turn back.”

A gospel singer prompted King to say 'I have a dream'

While his words were impactful, they didn’t have the tremendous punch he was hoping for. But then gospel singer Mahalia Jackson, who had sung “I’ve Been ‘Buked and I’ve Been Scorned” and was close to King, instinctively shouted out, “Tell ‘em about the dream, Martin.”

Throwing the script out the window, he turned to his dream.

“I still have a dream. It is a dream deeply rooted in the American dream,” he started before launching into his most famous passage. “I have a dream that one day this nation will rise up and live out the true meaning of its creed: ‘We hold these truths to be self-evident: that all men are created equal,'” he stated.

He described a world of equality, with various slices of what that looked like. “I have a dream that my four little children will one day live in a nation where they will not be judged by the color of their skin but by the content of their character,” he also said. And in between every scene of the “dream,” he stated, “I have a dream today.”

Building up a cadence that had the crowd engaged and enthused, he concluded: “And when this happens, when we allow freedom to ring, when we let it ring from every village and every hamlet, from every state and every city, we will be able to speed up that day when all of God’s children, Black men and white men, Jews and Gentiles, Protestants and Catholics, will be able to join hands and sing in the words of the old Negro spiritual, ‘Free at last! free at last! Thank God Almighty, we are free at last!’”

King knew that by abandoning his manuscript, he created the strongest impact

Looking back on the day, Jones notes a shift as soon King threw all the prepared remarks out the window: “When he was reading from his text, he stood like a lecturer. But from the moment he set that text aside, he took on the stance of a Baptist preacher.”

And that was the kind of messaging America needed to hear.

Even King looked back on all the long hours preparing and realized that nothing resonated more than reading a crowd and trusting his instinct.

“I started out reading the speech, and I read it down to a point,” he later said. “The audience response was wonderful that day… and all of a sudden this thing came to me that… I’d used many times before… ‘I have a dream.’ And I just felt that I wanted to use it here… I used it, and at that point I just turned aside from the manuscript altogether. I didn’t come back to it.” 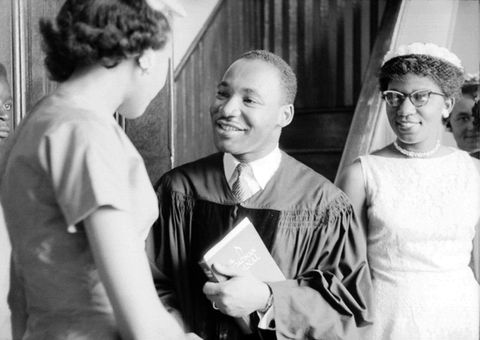