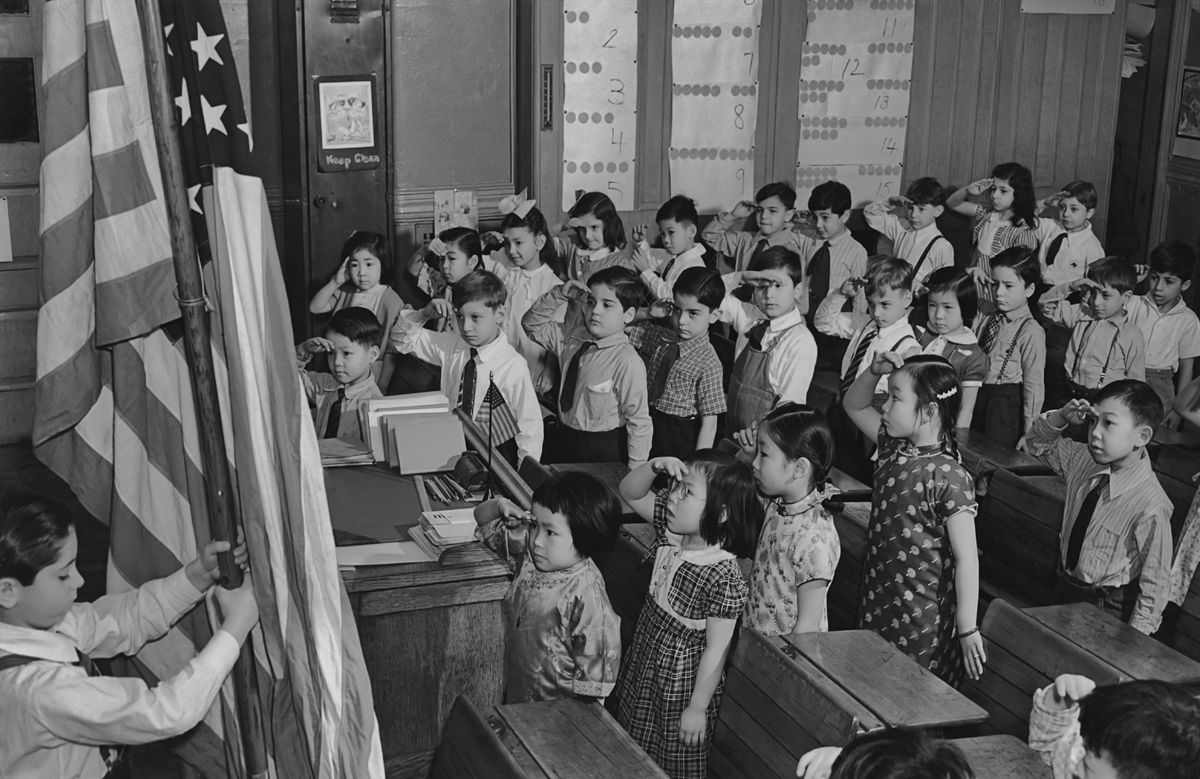 Nine-year-old Martha Lum arrived for the first day of school at Mississippi’s Rosedale consolidated high school in 1924. It was her second year at the school, where her older sister, Berda, was also a student, so she was already familiar with the ins and outs.

But by the recess that day, a superintendent told her that she was no longer allowed to be a student there. “An order had been issued by the board of trustees... excluding her from attending the school solely on the ground that she was of Chinese descent, and not a member of the white or Caucasian race, and that their order had been made in pursuance to instructions from the state superintendent of education of Mississippi,” the ensuing Supreme Court lawsuit Gong Lum v. Rice read.

By banning her from the white school, she would have to go to the “colored” school — as Black schools were called at the time — so the Lum family sued. But what happened in the Supreme Court actually backfired, leading to even more segregation in the school system, which journalist Adrienne Berard detailed in her 2016 book, Water Tossing Boulders: How a Family of Chinese Immigrants Led the First Fight to Desegregate Schools in the Jim Crow South.

Prior to the Lum family establishing their roots in Mississippi, the United States had passed its first major law restricting immigration, the Chinese Exclusion Act of 1882. Despite only 0.02 percent of the population being Chinese, many believed that the immigrants were threatening their jobs and salaries and its passage prevented more from coming into the country.

But Jeu Gong Lum was able to get around the law by entering from Canada, and eventually heading to the South where he had a relative. Meanwhile, Katherine Wong had come to America as an indentured enslaved person, likely as part of the coolie trade to replace slave labor, when she was about 10 or 11. The two met and married and opened a grocery store, allowing them a merchant status, so they could have more rights than the Chinese American laborers.

The early specifics are vague, Berard — who spent four years researching the book — told Beacon Broadside. “It was a real challenge to find historical records on the Lum family because the father was an undocumented immigrant and the mother came under the capacity of a servant,” she said. “Writing history about minorities and people of color, you are constantly confronted with the value system of the societies in which they lived. Some crucial records were never kept, and the accuracy of the records that exist is questionable.”

Their case went all the way to the U.S. Supreme Court

But what is accurate are the court records. The Lum family sued in order to get Martha and Berda back into the white school. Their lawyer Earl Brewer used the 14th amendment that grants citizenship and equal protection of the law to all people born in the U.S., which the girls were. According to Time, he focused on young Martha because she was a gifted student who had started helping with her family store’s bookkeeping when she was about 5 or 6.

Though he won the local case, it didn’t go so well when it rose to the state level. “Martha Lum is one of the state’s children and is entitled to the enjoyment of the privilege of the public school system without regard to her race,” he argued to the Mississippi Supreme Court. But not everything he said tracked so well, as “some of the things he said were really, really racist rhetoric,” Berard says of the case losing.

By the time it moved on the highest court in the country — it was reassigned to another lawyer, who wasn’t at all invested in the case, and as a result, the Lums lost in a unanimous decision against them, in essence giving the school permission to exclude the Asian American students. The family ended up moving out of the state.

According to Berard, much of the case is 'so wholly racist'

If the Lums won, the case might be as well known as Brown v. Board of Education, which didn’t come along until 1954. “It would have been a dent in the hard wall of racism throughout the South,” the author said. “Instead, they made that wall stronger.”

Of course, the case itself was rooted in biased beliefs. “It is interesting because so much of this case is so wholly racist,” Berard told The Huffington Post. “There were racists on both sides ― the plaintiffs and the defense, the school board and the state of Mississippi and the U.S. Supreme Court. Even the appeal, everything along the way has all these layers of racism.”

That makes it hard to empathize with either side. “You want to stand behind the family in one way, because they are making a decision for their children,” Berard said, according to Time. “But at the same time they are clearly making a racist decision. Whether it’s part of what was considered normal at the time or not, I don’t think you can let them off the hook for that very obvious fact that they did not want their daughters going to school with Black children.”

This wasn’t the only Asian American education case

Though their case seemed groundbreaking at the time — and gave some hope that it could open a door to integrated schooling, it wasn’t even the first case of its kind in the country. Back in 1884, 8-year-old Mamie Tape, who was born in America to Chinese immigrants, was denied enrolling at the all-white San Francisco school, Spring Valley Primary School. Instead, Chinese American children could only go to mission-run schools in Chinatown. Also leaning on the 14th amendment, the case went to the California Supreme Court, which ruled that education had to be open to all children — yet allowed a “separate but equal” clause.

But in April 1885, there still wasn’t a Chinese school open, so the Tapes tried to re-enroll Mamie, but were waved away again, citing crowded classrooms and lack of vaccinations. Her mother penned a furious letter to the Alta California newspaper: “Is it a disgrace to be born a Chinese? Didn’t God make us all!!!”

That ended up fast-tracking a Chinatown school to be open five days later. While Mamie didn't end up ever attending Spring Valley, eventually other Chinese American children were allowed into the school, marking a breakthrough.

But it wasn't all smooth sailing. In 1902, Wong Him v. Callahan in the U.S Circuit Court in northern California upheld the “separate but equal” standard. So after those precedents, the Lum case actually seemed to be a step back, justifying segregation was a step back — which wasn’t overturned until Brown v. Board of Education decades later.

“It created a precedent that was detrimental to the Chinese-American South as a whole,” Berard told The Huffington Post. “It’s not like they were pariahs by any means, but there is that stain of losing the case.”