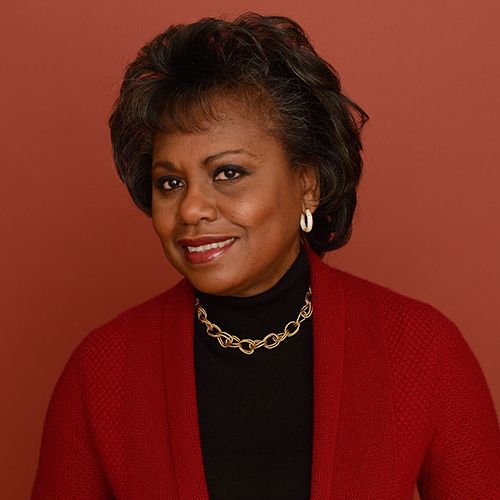 Who Is Anita Hill?

Anita Hill is an American lawyer who earned her J.D. from Yale Law School in 1980. She soon began working for Clarence Thomas at the U.S. Department of Education's Office of Civil Rights and later the Equal Employment Opportunity Commission. After Thomas was nominated to the U.S. Supreme Court in 1991, Hill famously testified before the Senate Judiciary Committee that she had been sexually harassed by her former employer. Thomas was ultimately appointed to the Supreme Court, but Hill's testimony made her a national symbol and brought new attention to matters of equality and discrimination in the workplace. She is currently a professor at Brandeis University.

Anita Faye Hill was born in the rural town of Lone Tree, Oklahoma, on July 30, 1956. The youngest of 13 children, she was raised in a strongly religious environment on her parents' farm. She attended Morris High School and was an excellent student, earning straight As and graduating as valedictorian of her class. After high school, Hill enrolled at Oklahoma State University, where she again excelled, graduating with honors and a B.A. in psychology in 1977.

After a brief internship with a local judge redirected Hill’s interests to law, she was accepted to the prestigious Yale Law School, where she was one of the few Black students in a class of 160. Hill received her J.D. from the institution in 1980.

Following a stint with the private law firm Ward, Harkrader & Ross, Hill in 1981, Hill accepted a position as legal adviser to Clarence Thomas, then head of the U.S. Department of Education’s Office of Civil Rights. According to Hill, it was during this time that Thomas began his harassment of her, making frequent sexual advances and explicit remarks.

When his harassment eventually stopped, Hill decided to follow Thomas to his next post as chairman of the Equal Employment Opportunity Commission, during which time she worked as his assistant. Hill would later contend that it was at this point that Thomas resumed his harassment, prompting her to leave her job for a teaching position at Oral Roberts University in Tulsa after she was hospitalized for stress-related issues.

Three years later, Hill became a faculty member at the University of Oklahoma’s College of Law, where she taught contract and commercial law. In 1989, she became the school’s first tenured Black professor and also held an important post in the office of the provost.

In September 1991, Hill was approached by the Senate Judiciary Committee, which was in the midst of its hearings for Clarence Thomas, President George H. W. Bush’s nominee for a seat on the Supreme Court. Originally reluctant to dredge up the past about her unpleasant experiences with the Supreme Court nominee, Hill would later claim that she felt compelled to reveal Thomas’ harassment because of the influential nature of the position he would be in. When the subsequent statements she made to the FBI and the committee became public, a media firestorm ensued, and the Senate decided that the matter would need to be further investigated.

On October 11, 1991, Hill appeared before the committee in televised hearings that were watched by millions. Pressed by Chairman Joe Biden, Hill publicly reiterated her allegations of Thomas’ sexual harassment. Several of the senators, however, attempted to discredit her testimony, suggesting that she had either made up, exaggerated or imagined the events. When Thomas’ turn came to address the committee, he denied all of the accusations, painting a much more innocuous picture of events and asserting that the whole matter had been a liberal concoction aimed at thwarting his appointment to the Supreme Court.

Ultimately, much of the Senate chose to look past Hill’s testimony. Thomas’ nomination was confirmed on October 16, 1991, by a vote of 52–48, the slimmest margin for any judge on the current court.

Following her appearance before the Senate Judiciary Committee, Hill received an onslaught of requests for interviews and offers to tell her story, most of which she refused. For her part, Hill returned to teaching and occasionally accepted offers for speaking engagements, though these tended to focus on matters of sexual harassment in general rather than on personal details of her life.

After several years of pressure from conservative members of the University of Oklahoma faculty, Hill resigned her professorship in 1996.

Hill was profiled in Anita, which premiered at the 2013 Sundance Film Festival. Directed by Academy Award winner Freida Mock, the well-received documentary interspersed footage of the infamous hearings with interviews and offered a glimpse into the private life of the lawyer.

An HBO dramatization of the proceedings, Confirmation, was released in mid-April 2016, starring Kerry Washington as Hill and Wendell Pierce as Thomas.

In 1997, Hill's autobiography, Speaking Truth to Power, was published by Doubleday. She delivered a second book in 2011, Reimagining Equality: Stories of Gender, Race, and Finding Home.

By speaking out about her own experiences—and remaining steadfast in the face of accusations made by white male senators—Hill became a national symbol and brought a new public awareness to issues of equality, sexual harassment and discrimination in the workplace.

The fruits of her courageous effort appeared years later, with countless women coming forth to describe their own experiences with sexual harassment as part of the #MeToo movement that took root in late 2017.

Participating in a panel organized by the National Women's Law Center that year, Hill reflected on how things had changed in the quarter-century since her testimony. "In today’s atmosphere, there would be more people who would understand my story, who would believe my story, and I think the numbers have changed over the year in terms of people who believe me and support me," she said. "We cannot underestimate the impact that those hearings had, even though the vote did not go the way most of us wanted."

Today, Hill is a professor of social policy, law and women’s studies at Brandeis University in Waltham, Massachusetts.