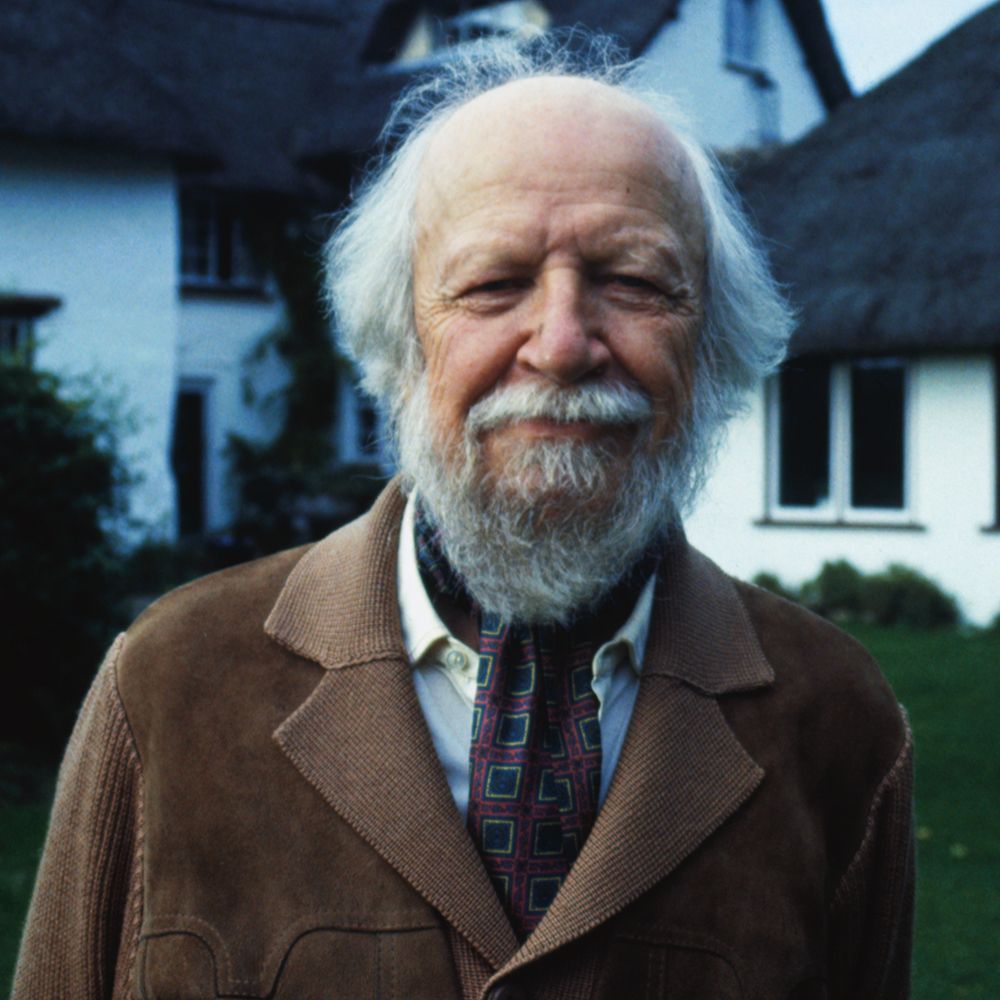 Who Was William Golding?

William Golding started teaching English and philosophy in Salisbury in 1935. He temporarily left teaching in 1940 to join the Royal Navy. In 1954 he published his first novel, Lord of the Flies. In 1983, he was awarded the Nobel Prize for Literature. On June 19, 1993, he died in Perranarworthal, Cornwall, England.

William Golding was born on September 19, 1911, in Saint Columb Minor, Cornwall, England. He was raised in a 14th-century house next door to a graveyard. His mother, Mildred, was an active suffragette who fought for women’s right to vote. His father, Alex, worked as a schoolmaster.

William received his early education at the school his father ran, Marlborough Grammar School. When William was just 12 years old, he attempted, unsuccessfully, to write a novel. A frustrated child, he found an outlet in bullying his peers. Later in life, William would describe his childhood self as a brat, even going so far as to say, “I enjoyed hurting people.”

After primary school, William went on to attend Brasenose College at Oxford University. His father hoped he would become a scientist, but William opted to study English literature instead. In 1934, a year before he graduated, William published his first work, a book of poetry aptly entitled Poems. The collection was largely overlooked by critics.

After college, Golding worked in settlement houses and the theater for a time. Eventually, he decided to follow in his father’s footsteps. In 1935 Golding took a position teaching English and philosophy at Bishop Wordsworth’s School in Salisbury. Golding’s experience teaching unruly young boys would later serve as inspiration for his novel Lord of the Flies.

Although passionate about teaching from day one, in 1940 Golding temporarily abandoned the profession to join the Royal Navy and fight in World War II.

Golding spent the better part of the next six years on a boat, except for a seven-month stint in New York, where he assisted Lord Cherwell at the Naval Research Establishment. While in the Royal Navy, Golding developed a lifelong romance with sailing and the sea.

During World War II, he fought battleships at the sinking of the Bismarck, and also fended off submarines and planes. Lieutenant Golding was even placed in command of a rocket-launching craft.

Of his World War II experiences, Golding has said, “I began to see what people were capable of doing. Anyone who moved through those years without understanding that man produces evil as a bee produces honey, must have been blind or wrong in the head.” Like his teaching experience, Golding’s participation in the war would prove to be fruitful material for his fiction.

In 1945, after World War II had ended, Golding went back to teaching and writing.

'Lord of the Flies'

In 1954, after 21 rejections, Golding published his first and most acclaimed novel, Lord of the Flies. The novel told the gripping story of a group of adolescent boys stranded on a deserted island after a plane wreck. Lord of the Flies explored the savage side of human nature as the boys, let loose from the constraints of society, brutally turned against one another in the face of an imagined enemy. Riddled with symbolism, the book set the tone for Golding’s future work, in which he continued to examine man’s internal struggle between good and evil. Since its publication, the novel has been widely regarded as a classic, worthy of in-depth analysis and discussion in classrooms around the world.

In 1963, the year after Golding retired from teaching, Peter Brook made a film adaptation of the critically acclaimed novel. Two decades later, at the age of 73, Golding was awarded the 1983 Nobel Prize for Literature. In 1988 he was knighted by England’s Queen Elizabeth II.

In 1990 a new film version of the Lord of the Flies was released, bringing the book to the attention of a new generation of readers.

Golding spent the last few years of his life quietly living with his wife, Ann Brookfield, at their house near Falmouth, Cornwall, where he continued to toil at his writing. The couple had married in 1939 and had two children, David (b. 1940) and Judith (b. 1945).

On June 19, 1993, Golding died of a heart attack in Perranarworthal, Cornwall. After Golding died, his completed manuscript for The Double Tongue was published posthumously.

Among the most successful novels of Golding’s writing career were Rites of Passage (winner of the 1980 Booker McConnell Prize), Pincher Martin, Free Fall and The Pyramid. While Golding was mainly a novelist, his body of work also includes poetry, plays, essays and short stories.