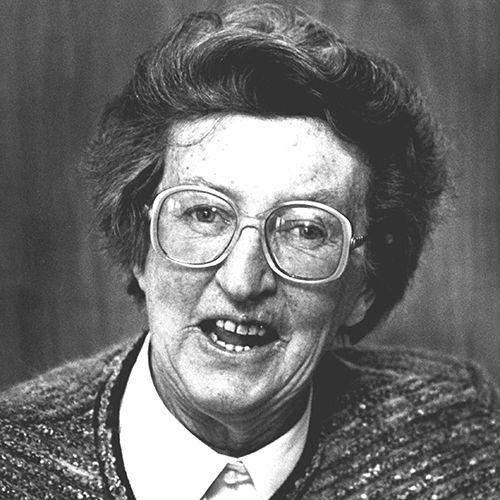 Who Was Mary Leakey?

Mary Leakey was a paleoanthropologist who is best known for making several prominent archaeological and anthropological discoveries throughout the latter half of the 20th century. Working with husband Louis Leakey, her longtime colleague, she uncovered a number of fossils in Africa, which significantly advanced scientific knowledge of the origins of humankind.

Among several prominent archaeological and anthropological discoveries, the Leakeys discovered a skull fossil of an ancestor of apes and humans while excavating the Olduvai Gorge in Africa in 1960—a find that helped to illuminate the origins of humankind. Mary continued working after her husband's death. She died in Kenya in 1996.

Mary Leakey was born Mary Douglas Nicol on February 6, 1913, in London, England. The daughter of an artist, at a young age, Mary excelled at drawing—a talent that she later used to enter into the field of paleoanthropology. When she was just 17 years old, she served as an illustrator at a dig in England.

In the 1930s, Mary was asked to illustrate a book entitled Adam's Ancestors (1934), authored by Louis S.B. Leakey, an archaeologist and anthropologist. The pair hit it off quickly and soon developed a personal relationship. They married in 1937, forming one of science's most well-known husband-wife teams. The couple moved to Africa when Louis embarked on an excavation project at the Olduvai Gorge, a steep ravine in what is now Tanzania, East Africa.

Mary made her first big discovery in 1948: she found a partial skull fossil of Proconsul africanus, an ancestor of apes and humans that later evolved into the two distinct species. Her find was truly remarkable; the fossil, believed to be more than 18 million years old, was the first species of the primate genus to be discovered from the Miocene era.

Mary further helped to unravel the mystery surrounding the origins of humankind with a 1959 find. That July, while Louis was resting, recovering from a bout of the flu, Mary discovered the partial skull of an early human ancestor. Early analyses of the artifact—initially named Zinjanthropus boisei after Louis' financial sponsor, Charles Boysey (now known as Australopithecus boisei)—showed that this species was equipped with a small brain but massive teeth and jaws, and muscles so large they had to be anchored to a ridge at the top of the skull. It was later determined that Zinjanthropus boisei was nearly 2 million years old, showing how long the species had been in Africa.

In 1960, the Leakey team made its next major discovery: fossils of Homo habilis, a species that is believed to be between 1.4 and 2.3 million years old, and to have originated during the Gelasian Pleistocene period. Their find also provided evidence that the species were adept in making stone tools—making them the earliest known experts in that field.

After Louis died in 1972, Mary continued to research and hunt for fossils. Nearly two decades after finding Homo habilis, in 1979, she discovered a trail of early human footprints at Laetoli, a site in Tanzania. The find was the first in the history of science to provide direct evidence of physical activity by humankind's apelike ancestors, changing previously held assumptions about primates.

Throughout her decades-long career as a paleoanthropologist, Mary's projects were funded in part by the National Geographic Society, through dozens of grants. She chronicled her experiences in the 1979 book Olduvai Gorge: My Search for Early Man, as well as in her 1984 autobiography Disclosing the Past.

Mary died on December 9, 1996, in Nairobi, Kenya. She was survived by three sons (from husband Louis): Richard, Jonathan and Philip. Today, Mary's work continues through both the Leakey Foundation and the younger generations of the Leakey family: Richard Leakey, his wife, Meave, and their daughter, Louise, play active roles in carrying on the family legacy.