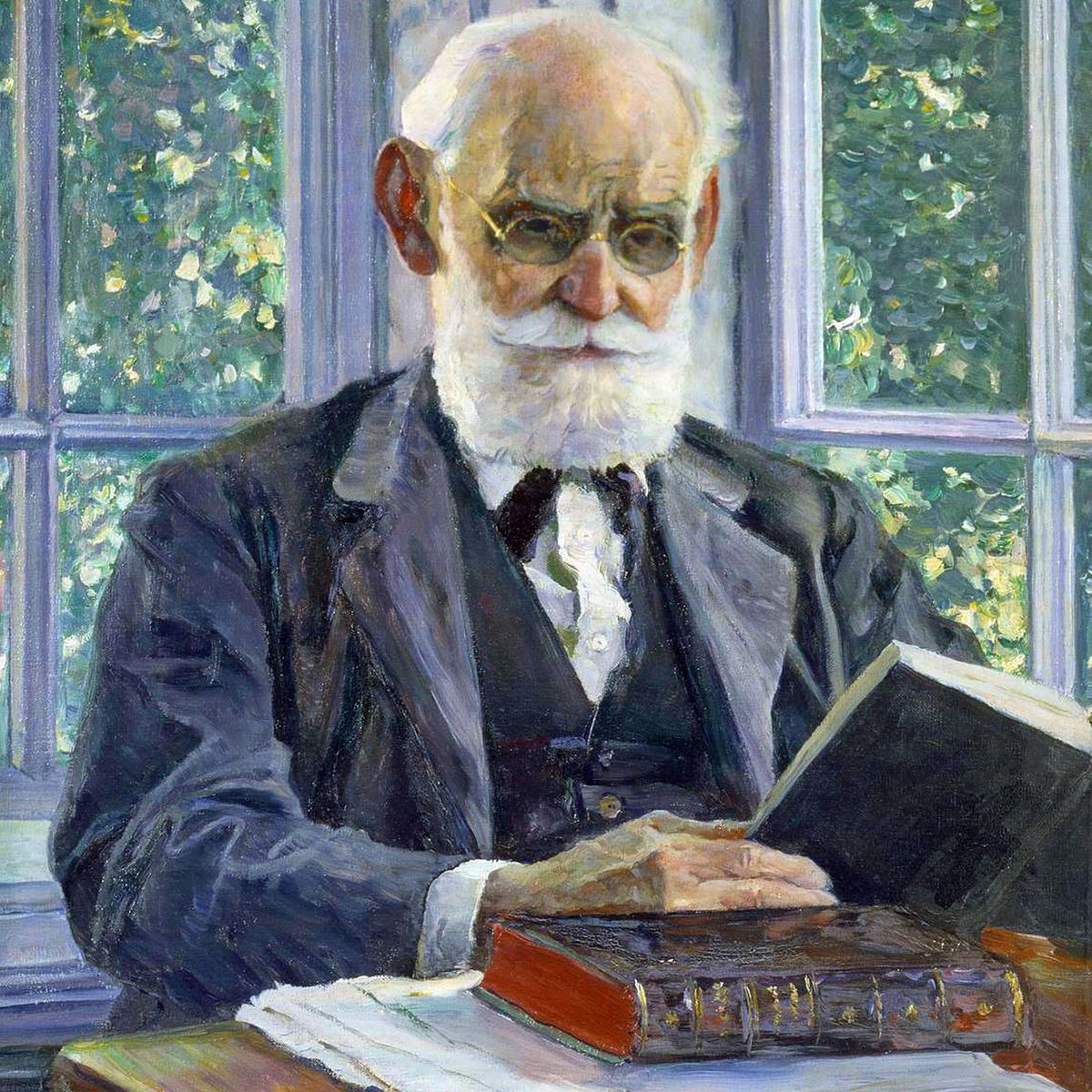 Who Was Ivan Petrovich Pavlov?

Ivan Pavlov abandoned his early theological schooling to study science. As the Department of Physiology head at the Institute of Experimental Medicine, his groundbreaking work on the digestive systems of dogs earned him the Nobel Prize for Physiology or Medicine in 1904. Pavlov remained an active researcher until his death on February 27, 1936.

Ivan Petrovich Pavlov was born on September 14, 1849, in Ryazan, Russia. The son of a priest, he attended a church school and theological seminary. However, he was inspired by the ideas of Charles Darwin and I.M. Sechenov, the father of Russian physiology, and gave up his theological studies in favor of scientific pursuit.

Pavlov studied chemistry and physiology at the University of St. Petersburg and received the degree of Candidate of Natural Sciences in 1875. He then enrolled at the Imperial Medical Academy in St. Petersburg, completing his graduate dissertation on the centrifugal nerves of the heart in 1883.

After graduation, Pavlov studied under cardiovascular physiologist Carl Ludwig in Leipzig, Germany, and gastrointestinal physiologist Rudolf Heidenhain in Breslau, Poland. With Heidenhain, he devised an operation in which he created an exteriorized "pouch" on a dog's stomach and maintained nerve supply to properly study gastrointestinal secretions. He then spent two years at a laboratory in St. Petersburg, where he researched cardiac physiology and the regulation of blood pressure.

In 1890, Pavlov took charge of the Department of Physiology at the newly created Institute of Experimental Medicine. He was also named Professor of Pharmacology at the Imperial Medical Academy, and five years later was appointed to its vacant Chair of Physiology. During this period, Pavlov focused on the secretory activity of digestion in dogs, implanting fistulas in their salivary ducts to record the uninterrupted effects of the nervous system on the digestive process.

Pavlov's observations led him to formulate his concept of the conditioned reflex. In his most famous experiment, he sounded a tone just before presenting dogs with food, conditioning them to begin salivating every time he sounded the tone. Pavlov published his results in 1903, and delivered a presentation on "The Experimental Psychology and Psychopathology of Animals" at the 14th International Medical Congress in Madrid, Spain, later that year.

For his groundbreaking work, Pavlov was named the 1904 Nobel Prize winner for Physiology or Medicine. More honors followed over the years. He was elected Academician of the Russian Academy of Sciences in 1907, and in 1912 he was given an honorary doctorate at Cambridge University. Following a recommendation by the Medical Academy of Paris, he was awarded the Order of the Legion of Honour in 1915.

Later in life, Pavlov applied his laws to the study of psychosis, arguing that some people withdrew from daily interactions with others due to the association of external stimuli with a harmful event. Although he was notably dismissive of psychology as a pseudo-science, his research helped lay the groundwork of several important concepts in the then-nascent discipline.

Pavlov openly decried the war-torn conditions of his country after the Russian Revolution of 1917. He toed a dangerous line with his criticism of Communism after visits to the United States in the 1920s, though he escaped prosecution due to his standing as one of Russia's preeminent scientists. Pavlov softened his tone in the last years of his life, perhaps due to increased government support of scientific research. He remained devoted to his lab work until his death from double pneumonia on February 27, 1936, in Leningrad.

In 1881, Pavlov married pedagogical student Seraphima Vasilievna Karchevskaya. The couple had virtually no money in their early years together, and often lived separately until their finances stabilized. Their first son died suddenly as a young child, but they proceeded to have three more sons and a daughter.