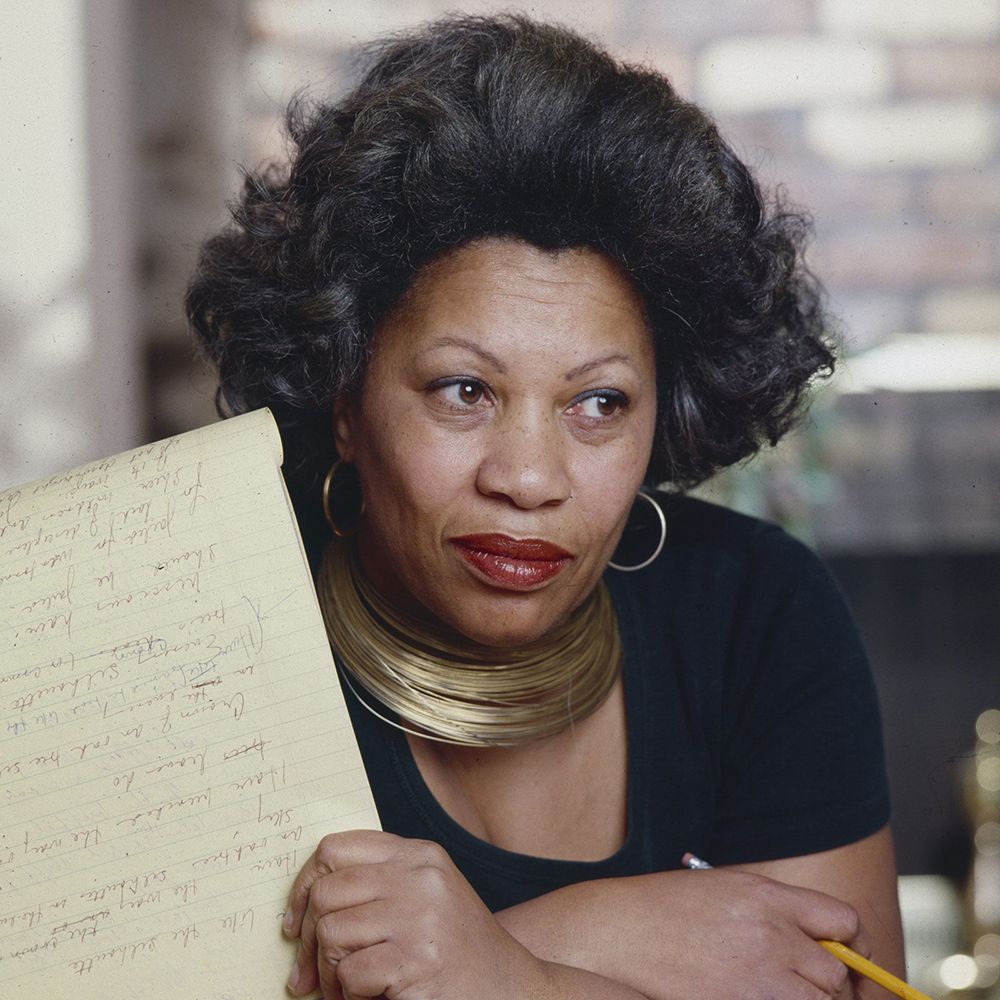 Who Was Toni Morrison?

Toni Morrison was a Nobel Prize- and Pulitzer Prize-winning novelist, editor and professor. Her novels are known for their epic themes, exquisite language and richly detailed African American characters who are central to their narratives. Among her best-known novels are The Bluest Eye, Sula, Song of Solomon, Beloved, Jazz, Love and A Mercy. Morrison earned a plethora of book-world accolades and honorary degrees, also receiving the Presidential Medal of Freedom in 2012.

Born Chloe Anthony Wofford on February 18, 1931, in Lorain, Ohio, Toni Morrison was the second oldest of four children. Her father, George Wofford, worked primarily as a welder but held several jobs at once to support the family. Her mother, Ramah, was a domestic worker. Morrison later credited her parents with instilling in her a love of reading, music and folklore along with clarity and perspective.

Living in an integrated neighborhood, Morrison did not become fully aware of racial divisions until she was in her teens. "When I was in first grade, nobody thought I was inferior. I was the only Black in the class and the only child who could read," she later told a reporter from The New York Times. Dedicated to her studies, Morrison took Latin in school and read many great works of European literature. She graduated from Lorain High School with honors in 1949.

At Howard University, Morrison continued to pursue her interest in literature. She majored in English and chose the classics for her minor. After graduating from Howard in 1953, Morrison continued her education at Cornell University. She wrote her thesis on the works of Virginia Woolf and William Faulkner and completed her master's degree in 1955. She then moved to the Lone Star State to teach at Texas Southern University.

Life as a Mother and Random House Editor

In 1957, Morrison returned to Howard University to teach English. There she met Harold Morrison, an architect originally from Jamaica. The couple married in 1958 and welcomed their first child, Harold, in 1961. After the birth of her son, Morrison joined a writers group that met on campus. She began working on her first novel with the group, which started out as a short story.

Morrison decided to leave Howard in 1963. After spending the summer traveling with her family in Europe, she returned to the United States with her son. Her husband, however, had decided to move back to Jamaica. At the time, Morrison was pregnant with their second child. She moved back home to live with her family in Ohio before the birth of son Slade in 1964. The following year, she moved with her sons to Syracuse, New York, where she worked for a textbook publisher as a senior editor. Morrison later went to work for Random House, where she edited works by Toni Cade Bambara and Gayl Jones, renowned for their literary fiction, as well as luminaries like Angela Davis and Muhammad Ali.

Morrison's first novel, The Bluest Eye, was published in 1970. She used it as her literary first name "Toni," based on a nickname derived from St. Anthony after she'd joined the Catholic Church. The book follows a young African American girl, Pecola Breedlove, who believes her incredibly difficult life would be better if only she had blue eyes. The controversial book didn't sell well, with Morrison stating in a 1994 afterword that the reception to the work was parallel to how her main character was treated by the world: "dismissed, trivialized, misread."

Morrison nonetheless continued to explore the African American experience in its many forms and eras in her work. Her next novel, Sula (1973), explores good and evil through the friendship of two women who grew up together in Ohio. Sula was nominated for the American Book Award.

Song of Solomon (1977) became the first work by an African American author to be a featured selection in the Book of the Month club since Native Son by Richard Wright. The lyrical story follows the journey of Milkman Dead, a Midwestern urban denizen who attempts to make sense of family roots and the often harsh realities of his world. Morrison received a number of accolades for the novel, which would go on to win the National Book Critics Circle Award and become a perennial favorite among academics and general readers.

A rising literary star, Morrison was appointed to the National Council on the Arts in 1980. The following year, Tar Baby was published. The Caribbean-based novel drew some inspiration from folktales and received a decidedly mixed reaction from critics. Her next work, however, proved to be one of her greatest masterpieces. Beloved (1987) explores love and the supernatural. Inspired by real-world figure Margaret Garner, main character Sethe, a former enslaved person, is haunted by her decision to kill her children rather than see them become enslaved. Three of her children survived, but her infant daughter died at her hand. Yet Sethe's daughter returns as a living entity who becomes an unrelenting presence in her home. For this spellbinding work, Morrison won several literary awards, including the 1988 Pulitzer Prize for Fiction. Ten years later, the book was turned into a movie starring Oprah Winfrey, Thandie Newton and Danny Glover.

Morrison became a professor at Princeton University in 1989 and continued to produce great works, including Playing in the Dark: Whiteness and the Literary Imagination (1992). In recognition of her contributions to her field, she received the 1993 Nobel Prize in Literature, making her the first African American woman to be selected for the award. The following year, she published the novel Jazz, which explores marital love and betrayal in 20th-century Harlem.

At Princeton, Morrison established a special workshop for writers and performers known as the Princeton Atelier in 1994. The program was designed to help students create original works in a variety of artistic fields.

Outside of her academic work, Morrison continued to write new works of fiction. Her next novel, Paradise (1998), which focuses on a fictional African American town called Ruby, earned mixed reviews.

In 1999, Morrison branched out to children's literature. She worked with her artist son Slade on The Big Box (1999), The Book of Mean People (2002), The Ant or the Grasshopper? (2003) and Little Cloud and Lady Wind (2010). She has also explored other genres, writing the play Dreaming Emmett in the mid-1980s and the lyrics for "Four Songs" with composer Andre Previn in 1994 and "Sweet Talk" with composer Richard Danielpour in 1997. And in 2000, The Bluest Eye, which initially had modest sales, became a literary blockbuster upon being chosen as the Oprah Book Club pick, going on to sell hundreds of thousands of copies.

Her next novel, Love (2003), divides its narrative between the past and present. Bill Cosey, a wealthy entrepreneur and owner of the Cosey Hotel and Resort, is the center figure in the work. The flashbacks explore his community life and flawed relationships with women, with his death casting a long shadow on the present. A critic for Publisher's Weekly praised the book, stating that "Morrison has crafted a gorgeous, stately novel whose mysteries are gradually unearthed."

In 2006, Morrison announced she was retiring from her post at Princeton. That year, The New York Times Book Review named Beloved the best novel of the past 25 years. She continued to explore new art forms, writing the libretto for Margaret Garner, an American opera that explores the tragedy of slavery through the true life story of one woman's experiences. The work debuted at the New York City Opera in 2007.

Morrison traveled back to the early days of colonialism in America for A Mercy (2008), a book that some have construed as a page-turner in its unfolding. Once again, a woman who is both an enslaved and a mother must make a terrible choice regarding her child, who becomes part of an expanding homestead. As a critic from the Washington Post described it, the novel is "a fusion of mystery, history and longing," with the New York Times singling out the work as one of the 10 Best Books of the year.

In addition to her many novels, Morrison has crafted nonfiction as well. She published a collection of her essays, reviews and speeches, What Moves at the Margin, in 2008.

A champion for the arts, Morrison spoke out about censorship in October 2009 after one of her books was banned at a Michigan high school. She served as editor for Burn This Book, a collection of essays on censorship and the power of the written word, which was published that same year. She told a crowd gathered for the launch of the Free Speech Leadership Council about the importance of fighting censorship. "The thought that leads me to contemplate with dread the erasure of other voices, of unwritten novels, poems whispered or swallowed for fear of being overheard by the wrong people, outlawed languages flourishing underground, essayists' questions challenging authority never being posed, unstaged plays, canceled films—that thought is a nightmare. As though a whole universe is being described in invisible ink," Morrison said.

In 2017 the author released The Origin of Others — an exploration on race, fear, mass migration and borders — based on her Norton lectures at Harvard.

Morrison continued to be one of literature's great storytellers through her 80s. She published the novel Home in 2012, exploring a period of American history once again—this time, the post-Korean War era. "I was trying to take the scab off the '50s, the general idea of it as very comfortable, happy, nostalgic. Mad Men. Oh, please," she said to the Guardian in reference to choosing the setting. "There was a horrible war you didn't call a war, where 58,000 people died. There was McCarthy." Her main character, Frank, is a veteran who suffers from post-traumatic stress disorder, a condition that adversely affects his relationships and ability to function in the world.

While writing the novel, Morrison experienced a great personal loss. Her son Slade died of pancreatic cancer in December 2010.

Around the time that Home was published, Morrison also debuted another work: She worked with opera director Peter Sellars and songwriter Rokia Traoré on a new production inspired by William Shakespeare's Othello. The trio focused on the relationship between Othello's wife Desdemona and her African nurse, Barbary, in Desdemona, which premiered in London in the summer of 2012. That same year Morrison received the Presidential Medal of Freedom from President Barack Obama.

In 2015, Morrison published God Help the Child, a layered novella focusing on the experiences of the character Bride — a young, dark-skinned Black woman who works in the cosmetics industry while reckoning with the rejections of her past. That same year the BBC aired the documentary Toni Morrison Remembers. In autumn 2016, she received the Pen/Saul Bellow Award for Achievement in American Fiction.