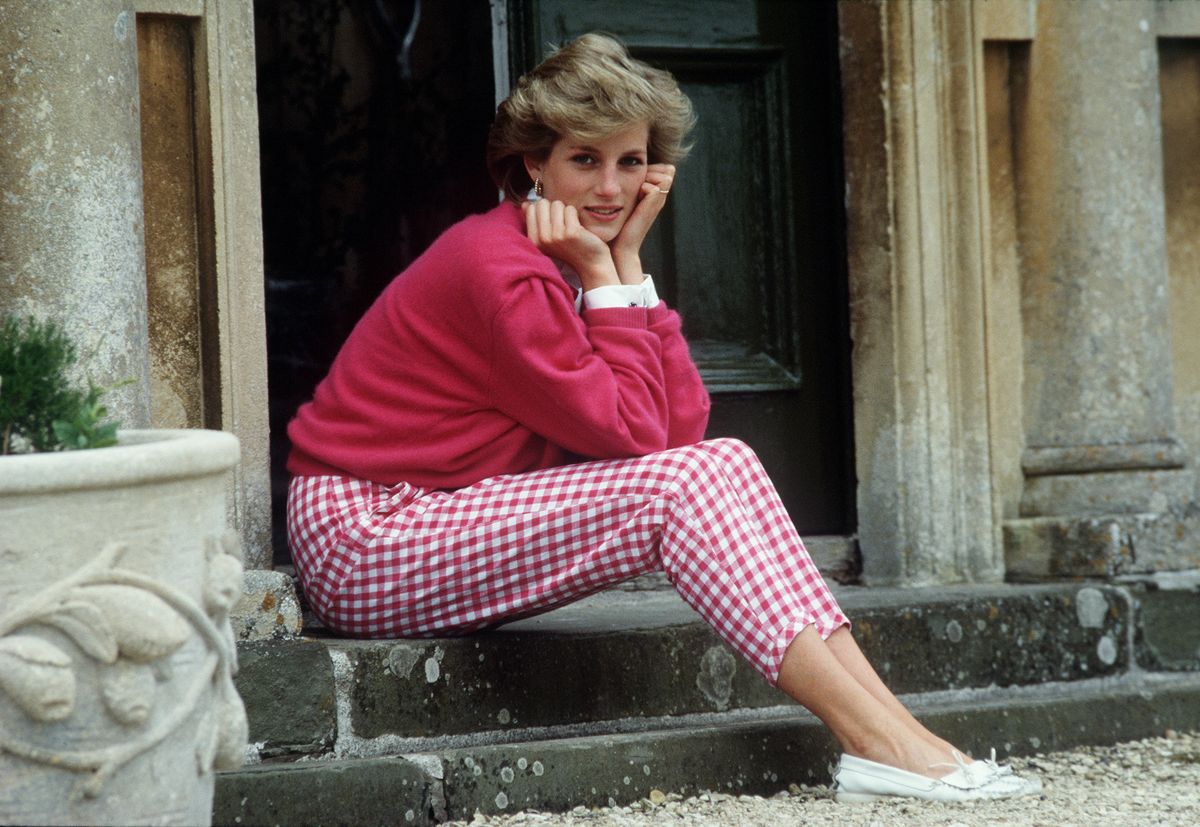 With her 1981 marriage, Princess Diana was seen as the real-life heroine of a fairytale. She became the most popular member of the royal family; a beautiful, compassionate princess who truly cared about people. However, though they loved their two sons, her relationship with Prince Charles foundered and Diana had to learn to survive on her own. Here's a look at how she forged a new path in the last years before her untimely death at age 36 on August 31, 1997.

On December 9, 1992, Prime Minister John Major announced to the House of Commons that Charles and Diana had separated. It wasn't a big surprise: estrangement between the two had been evident, and a recent book by Andrew Morton, entitled Diana: Her True Story, had detailed her unhappiness (Diana denied involvement with the book but had in fact cooperated).

Yet the separation placed Diana in an awkward position, as it was Charles who had the defined role as heir to the throne. Though she remained extremely popular, and she'd always be the mother of a future king, she was no longer considered a true member of the royal family. 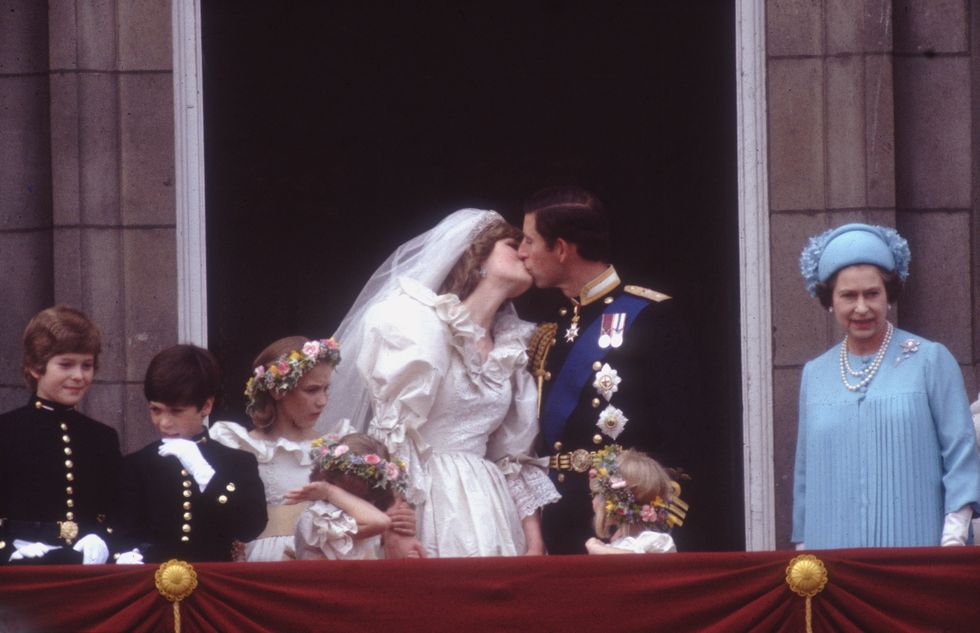 Prince Charles and Princess Diana on the balcony of Buckingham Palace right after their wedding, July 29, 1981.
(Photo: Hulton Archive/Getty Images)

She was on a quest for normality

In 1993, Diana successfully headed a Remembrance Day service in Northern Ireland, among other duties. But she also remained an object of tabloid fascination — in November, photos taken of her exercising in a leotard appeared in the Daily Mirror. On December 3, she announced she was temporarily stepping away from public life and its "overwhelming" media attention.

Soon afterward, wanting more privacy and normality in her life, Diana also relinquished her police protection. From 1994 onward, she usually had no official bodyguard. Paparazzi, who loved the fact that Diana was unguarded, began to take more and more photos — a practice that continued right up to the night of her death.

As Charles' camp tried to boost his reputation, Diana was seen as emotionally volatile

Today Diana's reputation shines, but critical stories often appeared about her. In 1994, the press stated she'd been making nuisance phone calls to the home of a married man. And the publication of Princess in Love revealed details about Diana's affair with army officer James Hewitt.

People in her husband's camp were also determined to bolster Charles' reputation, making him the subject of a positive biography and documentary to celebrate his 25th anniversary as Prince of Wales in 1994 (though an on-camera admission of adultery didn't help the prince). For some, Diana and Charles were a zero-sum game: Diana had to be seen as emotionally volatile in order to explain Charles' actions. All this made Diana determined to reveal her side of things once more.

She did a secret TV interview to tell her truth

Many friends cautioned Diana not to get on the wrong side of the royal family, and the princess knew the establishment wouldn't approve of an on-camera interview. But she struck a deal with BBC's Panorama, and on November 5, 1995, interviewer Martin Bashir and crew came to Kensington Palace to talk to Diana (she'd given her staff time off to maintain secrecy). She didn't tell Buckingham Palace what she'd done until less than a week before the interview was scheduled to air.

On November 20, the program was seen by 23 million people in Britain. In it, Diana talked about her marriage, infidelity, bulimia and depression, and stated, "I'd like to be a queen of people's hearts, in people's hearts, but I don't see myself being Queen of this country." She also questioned Charles's ability to rule. The interview did boost the princess's popularity, but it also precipitated a final exit from the royal roost.

Diana and Charles officially divorced just one year before her death

In December 1995, the Queen wrote to Charles and Diana to say it would be better if they divorced. The pair agreed to do so in February 1996, and their marriage officially ended on August 28, 1996.

Diana ended up receiving a lump sum payment of £17 million and shared custody of Princes William and Harry. However, though she would still be known as the Princess of Wales, she no longer had the title "Her Royal Highness." She'd been fully kicked out of the royal family.

READ MORE: How Princes William and Harry Are Carrying out Princess Diana's Legacy

While her divorce was happening, Diana had a bright spot in her life: She'd fallen in love again. In 1995, she met Dr. Hasnat Khan, a cardiac surgeon who was tending to the husband of a friend. Through him, Diana experienced some of the normality she'd always craved — she got to order drinks at a pub and stand in a line. According to one friend, the princess noted, "You meet such interesting people queuing!"

Diana may even have hoped to marry Khan. She traveled to Pakistan to meet his family and saw them when they visited England. But her lover was devoted to his medical career, and the spotlight that came with Diana would be a huge burden. The relationship ended in the summer of 1997.

About two months after their split, Diana began dating Dodi Fayed, who was also involved in the car crash that took their lives.

READ MORE: Why Princess Diana Risked Her Life for Humanitarian Causes in Africa

Diana continued to support humanitarian causes following her divorce. In January 1997, she traveled to Angola with a BBC film crew to bring attention to the problem of landmines, which remained across the country following a civil war.

During her trip, Diana spent time with landmine victims and visited a prosthesis clinic. She also walked across a cleared minefield (still a dangerous decision, as mines could have been left behind). And when photographers complained they didn't have the shots they needed, she walked through the field again.

Diana's celebrity brought attention to an important cause. After she died, 122 governments signed the Ottawa Mine Ban Treaty in December 1997. The impact of just one trip highlights again what a tragedy her early death was, and how much more she could have done for the world. 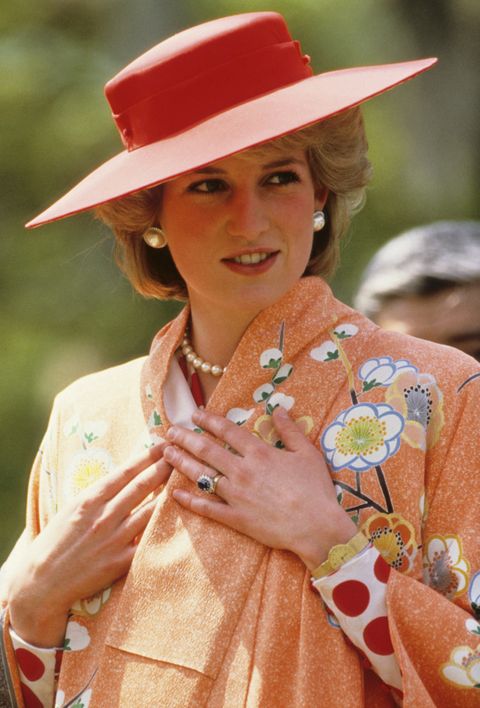