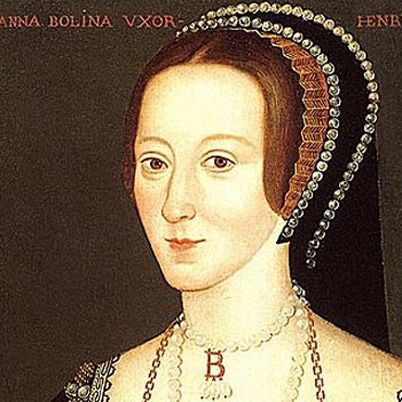 Who Was Anne Boleyn?

Anne Boleyn was the second wife of King Henry VIII — a scandalous marriage, given that he had been denied an annulment from his first wife by the Roman Church, and that his mistress was Anne's sister, Mary. Thusly, King Henry VIII broke from the Church to marry Anne. She gave birth to a daughter, but could not conceive a son. On May 19, 1536, Boleyn was executed on false charges of incest, witchcraft, adultery and conspiracy against the king. Her daughter, Elizabeth, emerged as one of England's greatest queens. Boleyn died on May 19, 1536, in London, England.

Born circa 1501, Anne Boleyn was the daughter of Sir Thomas Boleyn, who would later become earl of Wiltshire and Ormonde, and his wife, Lady Elizabeth Howard. After living in France for a time during her youth, Boleyn returned to England in 1522 and soon established a residence at King Henry VIII's court as a maid of honor to Catherine of Aragon, Henry VIII's queen consort at the time.

By the mid-1520s, Boleyn had become one of the most admired ladies of the court, attracting the attention of many men, among them Henry Percy, the 6th Earl of Northumberland. When Henry VIII caught wind of Lord Henry Percy’s desired marriage with Boleyn, he ordered against it. Around this same time—whether it was before or after Percy's interest in Boleyn had developed is uncertain—the king himself fell in love with the young maid. What is known is that Boleyn's sister, Mary, one of the king's mistresses, had introduced her to Henry VIII and that the king wrote love letters to Boleyn circa 1525.

In one of the king's letters, he wrote: "If you ... give yourself up, heart, body and soul to me ... I will take you for my only mistress, rejecting from thought and affection all others save yourself, to serve only you." Boleyn replied with rejection, however, explaining that she aimed to be married and not be a mistress: "Your wife I cannot be, both in respect of mine own unworthiness, and also because you have a queen already. Your mistress I will not be."

Boleyn's response surprised Henry VIII, who is believed to have had several mistresses at that time, reportedly entering into these adulterous relationships because he badly wanted a son, and Catherine of Aragon had not borne a male child. (Queen Catherine would not bear a son that survived infancy throughout the duration of their marriage, from 1509 to 1533; the couple's first child to survive infancy, Princess Mary, was born in 1516.) But Henry was desperate to have Boleyn, so he quickly configured a way to officially abandon his marriage with Catherine. In his petition for annulment to the pope, he cited an excerpt from the Book of Leviticus stating that a man who takes his brother's wife shall remain childless, and claimed that he and Catherine (who was his brother's widow) would never have a son who survived infancy because their marriage was a condemnation in the eyes of God.

Following a six-year debate, during which time Henry and Boleyn had courted discreetly, Anne discovered that she was pregnant in early 1533. Without the blessing of the pope, on January 25, 1533, Henry and Boleyn quickly married in a secret ceremony led by Thomas Cranmer, archbishop of Canterbury. The following June, a lavish coronation ceremony was held in honor of the new queen. On September 7, 1533, Queen Anne gave birth to a daughter, Elizabeth I, who would be Henry VIII's only child with Boleyn to survive infancy. (Anne would conceive twice more, in 1534 and 1536, with each delivery producing a stillborn baby.) In 1534, Archbishop Cranmer decreed Henry's marriage to Catherine Aragon invalid because she was the king's sister-in-law. Henry subsequently broke England away from Rome by setting up the Church of England. Catherine would pass away two years later, in 1536.

While Queen Anne's public persona was that of a sexually promiscuous status seeker—due in no small part to the public's long-held allegiance to Catherine of Aragon—her efforts to play the traditional role of queen during her reign were both valid and sincere, focusing on improvements for the poor. Boleyn was also renowned at court for her stylish wardrobe, much of which followed French fashion trends of the time. England would never warm up to Queen Anne, however. She would remain disliked, by and large, for the rest of her short life.

But if Boleyn was less than prepared for her new role as queen, she was extremely unprepared for her new role as the king's wife. A year into their union, Henry VIII pursued and engaged in sexual relationships with two of Anne's maids-of-honor, Madge Shelton and Jane Seymour. Unlike Queen Catherine before her, who knew of her husband's infidelity but was able to turn the other cheek, Boleyn was enraged by Henry's promiscuity and became increasingly jealous. As he had with Catherine, Henry blamed his adulterous behavior on his mission to have a son and heir to the throne and became increasingly frustrated by his wife's questions about his whereabouts and subsequent reactions. Permeated by resentment and hostility, the marriage quickly fell apart.

After Boleyn gave birth to a stillborn male child in January 1536, Henry VIII decided that it was time to take hold of his legacy. He quickly settled on taking Seymour as his future wife and sought out the annulment of his marriage to Boleyn. He then had Boleyn detained at the Tower of London on several false charges, among them adultery, incest and conspiracy. It is believed that Thomas Cromwell, Chief Minister to the King and Boleyn’s former friend, plotted her downfall.

"I take my leave of the world and of you all, and I heartily desire you all to pray for me. O Lord have mercy on me, to God I commend my soul."

Boleyn went to trial on May 15, 1536. In court, she remained levelheaded and articulate, calmly and clearly denying all of the charges against her. Four days later, on May 19, 1536, Boleyn was unanimously convicted by a court of peers, and Henry's marriage to her was annulled and declared invalid. That same day, Boleyn was taken to the Tower Green in London, England, for her execution, by a French swordsman. There, on the scaffolds, she delivered a speech: "I am come hither to accuse no man, nor to speak anything of that, whereof I am accused and condemned to die, but I pray God save the king and send him long to reign over you, for a gentler nor a more merciful prince was there never: and to me he was ever a good, a gentle and sovereign lord," she said, adding, "I take my leave of the world and of you all, and I heartily desire you all to pray for me. O Lord have mercy on me, to God I commend my soul."

Her ermine mantle was removed and Boleyn removed her headdress. She kneeled down and was blindfolded. With one swift motion, she was beheaded. Her head and body was buried in an unmarked grave. Within days of Boleyn's execution, Henry VIII and Jane Seymour were formally wed. The daughter of Henry VIII and Boleyn, Elizabeth I, would later emerge as one of England's most revered queens.