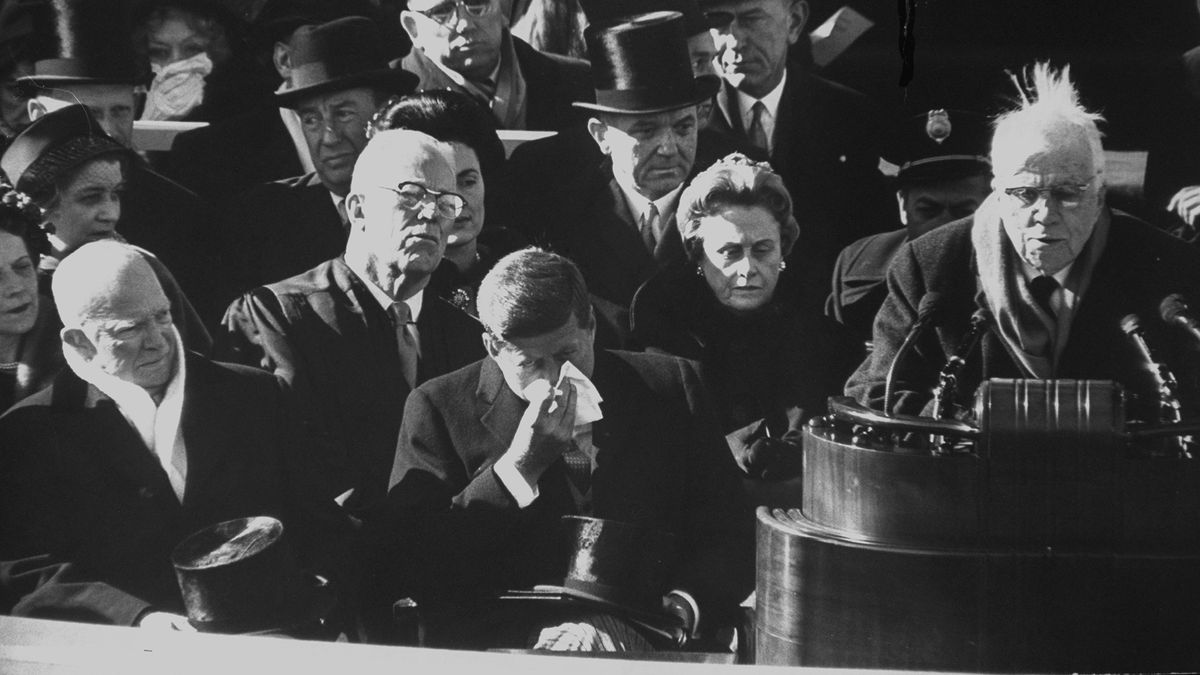 On March 26, 1959, prior to a dinner in honor of his 85th birthday, Robert Frost held court before a throng of reporters at New York City's Waldorf-Astoria hotel.

Fielding a question about the supposed decline of New England, his longtime home base and poetic muse, Frost responded, "The next president of the United States will be from Boston. Does that sound as if New England is decaying?"

To the follow-up question of who he was talking about, Frost replied: "He's a Puritan named Kennedy. The only Puritans left these days are the Roman Catholics. There. I guess I wear my politics on my sleeve."

The Puritan he spoke of – John F. Kennedy – was still serving as a junior senator from Massachusetts and several months shy of formally announcing his candidacy. Still, JFK was pleased to receive the early endorsement and soon wrote Frost to thank him.

The poet kept up his unofficial work on behalf of the Kennedy campaign, repeating his prediction of the election outcome at numerous public events. The Democratic candidate, in turn, adopted the final stanza of Frost's poem "Stopping by Woods on a Snowy Evening" to close his stump speech: "But I have promises to keep, / And miles to go before I sleep."

Following his narrow victory over Richard Nixon in November 1960, Kennedy extended an offer to have Frost become the first poet to read at a presidential inauguration.

Replying by telegraph, Frost wrote, "If you can bear at your age the honor of being made president of the United States, I ought to be able at my age to bear the honor of taking some part in your inauguration. I may not be equal to it but I can accept it for my cause – the arts, poetry, now for the first time taken into the affairs of statesmen."

Kennedy then asked Frost if he could compose a new poem for the ceremony. When that was rejected, the president-elect requested a reading of "The Gift Outright," an ode to American exceptionalism first published in 1942 and described by its author as "a history of the United States in a dozen [actually, 16] lines of blank verse."

Kennedy had one more request, to change the final line about our great nation, "Such as she was, such as she would become," to the more optimistic "such as she will become." Although not typically inclined to tweak his careful wording, the poet grudgingly agreed. 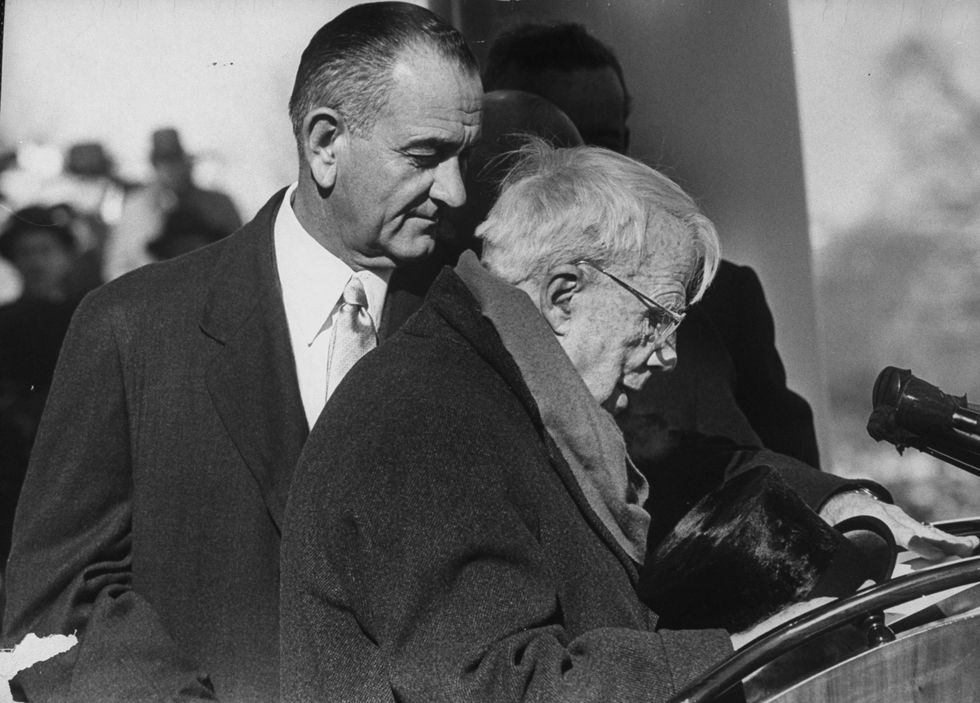 Frost composed ‘Dedication’ for the occasion

Despite his earlier refusal, Frost found himself inspired by the occasion and set about composing a new work. Titled "Dedication," the poem sounded many of the same patriotic notes as "A Gift Outright," only with explicit references to contemporary events ("The greatest vote a people ever cast, / So close yet sure to be abided by").

On the morning of the inauguration, January 20, 1961, Frost presented the poem to incoming Secretary of the Interior Stewart L. Udall in his hotel room. Pleasantly surprised, Udall had a new copy typed up before whisking Frost off to the ceremony with the poet intending to read "Dedication" as a preamble to "The Gift Outright."

The inauguration unfolded on a sunny but bitterly cold day at the U.S. Capitol. Approximately one hour in, Frost made his way to the podium and began reading "Dedication," but soon stopped: the sun's glare, reflecting off the snowy ground, was far too bright for a pair of 86-year-old eyes.

Vice President Lyndon B. Johnson tried to block the sun with his hat, but Frost abandoned the effort altogether and began reciting "The Gift Outright" from memory.

Heeding Kennedy's request, he closed the short poem with his own added emphasis: "Such as she was, such as she would become, has become, and I – and for this occasion let me change that to – what she will become."

The audience roared with approval, seemingly not noticing the poet thanking the "president-elect, Mr. John Finley."

The following day, The Washington Post cited the reading as one of the highlights of the ceremony, noting, "Robert Frost in his natural way stole the hearts of the inaugural crowd."

Indeed, although Frost was reportedly embarrassed by the turn of events, it became a triumphant capstone to his career, an unscripted moment that memorialized his association with an iconic president at the dawn of a new chapter in American history.