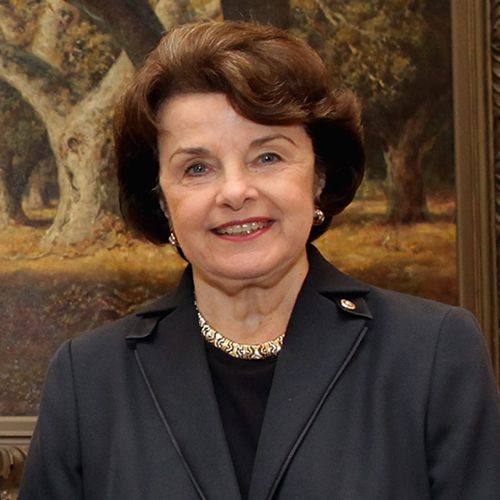 Who Is Dianne Feinstein?

Dianne Feinstein is a left-leaning politician who has dedicated her life to serving the people of California, first on the local level and later on the national one. Becoming acting mayor of San Francisco when the sitting mayor was shot and killed in 1978, she ran for the job the following year and won, holding the post until 1988. In 1990, she ran for governor of California but lost. In 1992, however, she became the first woman elected U.S. senator from California, a seat she has held ever since.

Feinstein was born in San Francisco, California, on June 22, 1933. Born into a Jewish family, she attended a Roman Catholic school and a Jewish temple as a child and began showing an interest in politics around age 16. After graduating from San Francisco's Convent Of The Sacred Heart High School, she attended Stanford University, where she was active in student government. She graduated with her bachelor's degree in 1955.

The following year, Feinstein married Jack Berman, whom she met in the San Francisco district attorney's office, and later had a daughter. In 1959, she and Berman divorced, and the next year Feinstein was appointed by Governor Pat Brown to the state's Women's Board of Parole, becoming the youngest member in the nation. In 1960, she married Bertram Feinstein, a noted surgeon.

Feinstein held her Board of Parole spot until 1966, and in 1968, she became a member of the San Francisco Committee on Crime, an appointment that would color the rest of her career. The following year, Feinstein entered her first political race and was elected to the San Francisco Board of Supervisors, eventually becoming the first woman ever to serve as the board's president, a position she held for two and a half terms. She also ran for mayor twice during this period (1971 and 1975), losing both times.

The year 1978 was a tragic one for Feinstein. It marked the end of her second marriage, due to her husband's untimely death, and the end of her tenure as board president, when Mayor George Moscone and Supervisor Harvey Milk were both assassinated in November. Feinstein first became acting mayor (San Francisco's first female mayor), then was elected the following year and remained mayor until 1988. In 1980, Feinstein married for a third time, to investment banker Richard Blum.

Her first term as California's first female senator was a busy and productive one, as she co-authored the Gun Free Schools Act and the Hate Crimes Sentencing Enhancement Act, both signed into law in 1994. That same year, Feinstein also spearheaded legislation banning the manufacture, sale and possession of military-style assault weapons, which was signed into law on September 13, 1994.

With her nose always to the political grindstone, Feinstein authored and saw signed into law the Comprehensive Methamphetamine Control Act of 1996 and introduced the Federal Gang Violence Act, which passed as part of the 1997 Juvenile Justice bill (but was not acted on by the House of Representatives).

An untiring champion of the political left, she also has been involved with launching and supporting the Crime Victims' Bill of Rights, the California Desert Protection Act, the Small Business Defense Conversion Guarantee Act and legislation to create the Breast Cancer Research Stamp.

A veteran of Washington's political battles, Feinstein sought to head off the dangers posed by the looming shutdown of the federal government in January 2018, as the two parties squabbled over a spending bill. "Shutting down the government is a very serious thing," she said. "People die, accidents happen. ... There is no specific list you can look at and make a judgment: 'Well everything is going to be just fine.' You can't make that judgment. So, I think it's a last resort. And I'm really hopeful we don't get to it."

The following month, Feinstein faced an internal party battle when California Democrats declined to endorse her Senate re-election campaign at their annual convention. Liberal state Senate leader Kevin de León earned the majority of votes, though he still fell short of the 60 percent needed to claim the party's endorsement.

Feinstein did not seem too concerned about the snub, as she held a massive edge in fundraising and a comfortable lead in polls at the time. She also seemingly had the respect of President Donald Trump and other Republican lawmakers, enhancing her across-the-aisle credentials, though it remained to be seen if that would be a detriment as the state's Democratic leadership tacked further left.