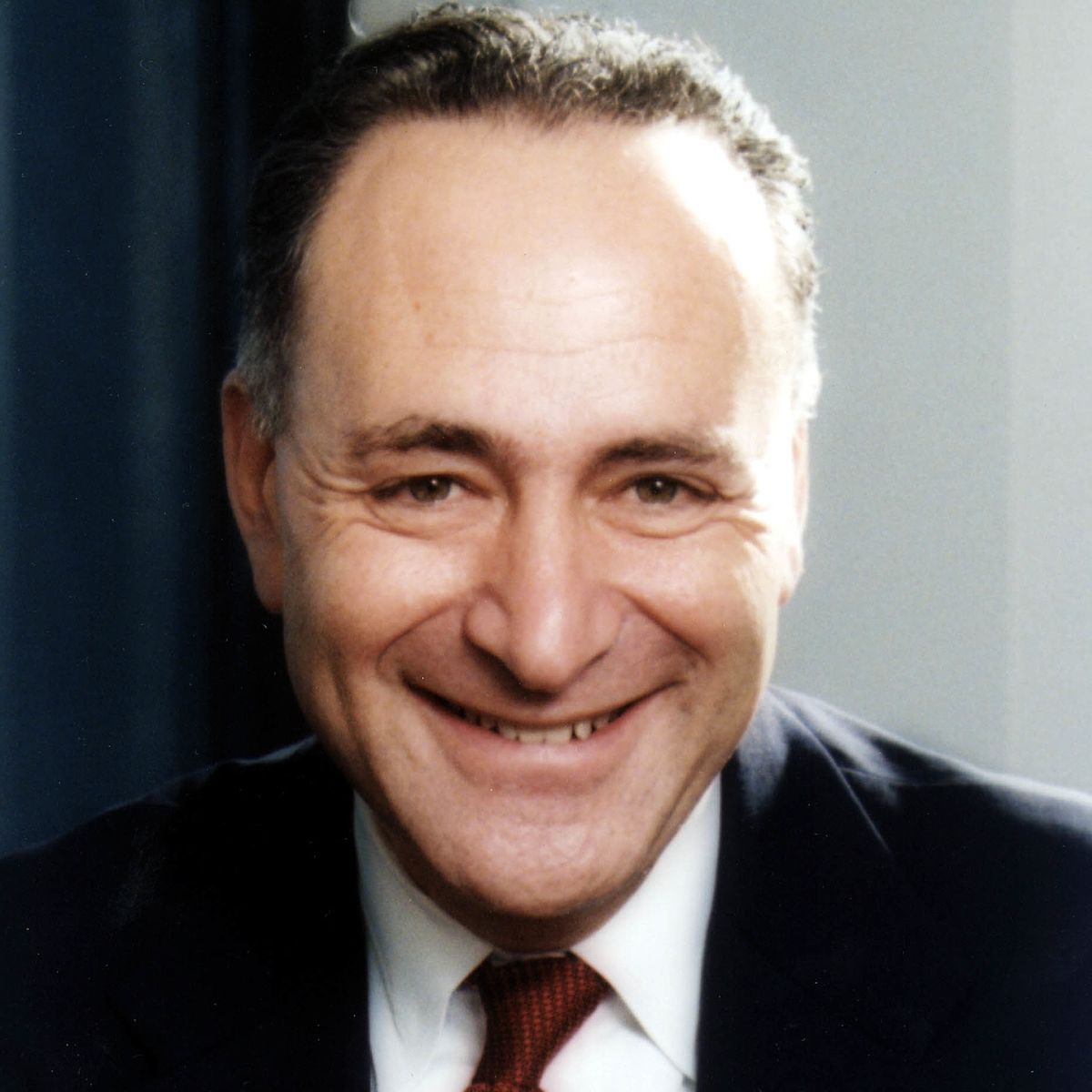 Who Is Chuck Schumer?

Born in 1950 in Brooklyn, New York, Charles "Chuck" Schumer attended Harvard’s undergraduate college and law school before turning to politics. After serving in the New York State Assembly, Schumer won a seat in the U.S. House of Representatives and eventually the Senate on a liberal Democratic ticket. Having won four successive terms as a senator, he was elected Senate minority leader in 2016 shortly after Donald Trump was elected U.S. president.

Charles Ellis Schumer was born on November 23, 1950 in the New York borough of Brooklyn to parents Abe and Selma. He and his younger siblings, Fran and Robert, were raised in a middle class Jewish household. A highly intelligent child, Schumer worked for the fledgling college test prep company helmed by Stanley Kaplan. He eventually scored a perfect 1600 on his SATs, graduating from James Madison High School as valedictorian and going on to attend Harvard College. He stayed at Harvard to attend law school, earning his J.D. in 1974.

Though he passed his bar exam in 1975, Schumer had opted not to practice law and instead entered politics, which he believed suited his personality better. In 1974, he was elected to the New York State Assembly at the age of 23, becoming the youngest person to hold that particular legislative position since Theodore Roosevelt. He served in the assembly until 1980.

As a Democrat, Schumer continued his advocacy for New York when he won a seat to the House of Representatives, joining the congressional body in 1981 and serving for eight successive two-year terms. Schumer then won election to the Senate in 1998. A spectacular fundraiser, the perennially popular Schumer has won all of his successive senatorial reelections in 2004, 2010 and 2016, having bested opponents like Alfonse D’Amato and Wendy Long.

Schumer has become known for legislation that included the 1993 Brady Handgun Violence Prevention Act (aka the Brady bill), a law that would eventually require federal gun background checks, and the 1994 Violence Against Women Act, which provided expanded measures for dealing with issues like domestic abuse and sexual assault.

Yet Schumer has not always followed the party line; as a senator he challenged President Barack Obama when it came to the 2015 agreement with Iran over nuclear weapons as well as leading a veto override of a 9/11-related bill. Schumer is known to negotiate across party lines when necessary while simultaneously serving on a number of congressional committees and subcommittees.

Donald Trump won the U.S. presidency on the Republican ticket in 2016, a stunning upset in which the businessman garnered more electoral college votes than former New York Senator and Secretary of State Hillary Clinton. The Republicans also took control of both the Senate and the House of Representatives. Schumer was elected as Senate minority leader after the retirement of Nevada congressman Harry Reid, positioning Schumer as the most powerful Democrat on Capitol Hill.

Trump and Schumer, two Native New Yorkers, were previously on the same side of politics when Trump was a Democrat who had contributed to Schumer’s election campaign. After being voted in as the leader of the Senate Democrats, Schumer told reporters: "As Democrats determine our way forward, I can tell the American people this: We are ready to stand shoulder-to-shoulder with Republicans – working with soon-to-be President Trump on issues where we agree — but we will go toe-to-toe against the president-elect whenever our values or the progress we've made is under assault.”

With Republicans controlling both chambers of Congress, there was little Schumer could do to stop G.O.P. efforts to dismantle Obamacare and push through tax reform. In January 2018, the two sides came to a head over a spending bill to fund the government, with Democrats seeking protection for children of illegal immigrants left unprotected by the end of DACA. Schumer even reportedly offered to fund Trump's campaign pledge to build a wall on the Mexican border, though it wasn't enough to stave off a shutdown.

The three-day shutdown ended on January 22, with Democrats agreeing to a temporary spending bill after Senate Majority Leader Mitch McConnell pledged to take up immigration legislation. While many pundits declared the outcome a victory for Republicans, the issue of government spending would soon return with the end of the temporary bill, and Schumer indicated he would continue playing hardball by telling the White House that funding the border wall was no longer an option.

Following an April announcement that he planned to propose legislation to decriminalize marijuana at the federal level, Schumer in June formally introduced the Marijuana Freedom and Opportunity Act. Along with giving states the responsibility for regulation, the legislation aimed to establish a funding system for women and minority entrepreneurs in the industry and invest in research to better understand the effects of marijuana use.

"The time to decriminalize marijuana is now," said the senator in a press release. "The new Marijuana Freedom and Opportunity Act is about giving states the freedom to be the laboratories that they should be and giving Americans— especially women and minority business owners as well as those convicted of simple possession of marijuana intended for personal use—the opportunity to succeed in today’s economy. This legislation is simply the right thing to do and I am hopeful that the balanced approach it takes can earn bipartisan support in Congress and across the country."

In fall 2019, Schumer stood by as allegations of President Trump's withholding of Ukraine-designated military funds for political purposes led to impeachment hearings in the House, which eventually unveiled articles of impeachment for abuse of power and obstruction of justice. Schumer then took the reins after House Speaker Nancy Pelosi held off on relaying the articles to the Senate, the minority leader calling for additional witnesses to be permitted before the start of the Senate trial.

Schumer was unable to crack the Republican firewall after Senate proceedings began in January 2020, his amendment proposals and request for witnesses voted down by the majority. On February 5, with the Senate set to acquit the president on both charges, he slammed his Republican colleagues who "placed a giant asterisk, the asterisk of a sham trial, next to the acquittal of President Trump, written in permanent ink."

Schumer was back in the news for his appearance at a pro-abortion rally outside the Supreme Court the following month, during which time he said that Trump-appointed conservative justices Brett Kavanaugh and Neil Gorsuch would "pay the price" if they ruled against reproductive rights. Along with igniting a firestorm across the aisle, the comments drew a rebuke from Chief Justice John Roberts for being "threatening" and "dangerous."

Schumer was soon at odds with McConnell again as Democrats and Republicans bickered over terms of an emergency relief bill to help the country absorb the impact of the coronavirus outbreak. Believing the initial legislation to be titled in favor of corporations, Schumer pushed for oversight of the allocation of funds and expanded unemployment benefits for workers, before the two sides agreed to a $2 trillion package on March 25.

Schumer has maintained a distinctive personality in Congress, recognized for his no-nonsense, zippy way of running his office and interacting with peers that showcase his Brooklyn roots. He married Iris Weinshall in 1980, and the couple have two daughters, Jessica and Alison. He is a second cousin of comedian Amy Schumer. He penned the 2007 book Positively American: Winning Back the Middle-Class Majority One Family at a Time.