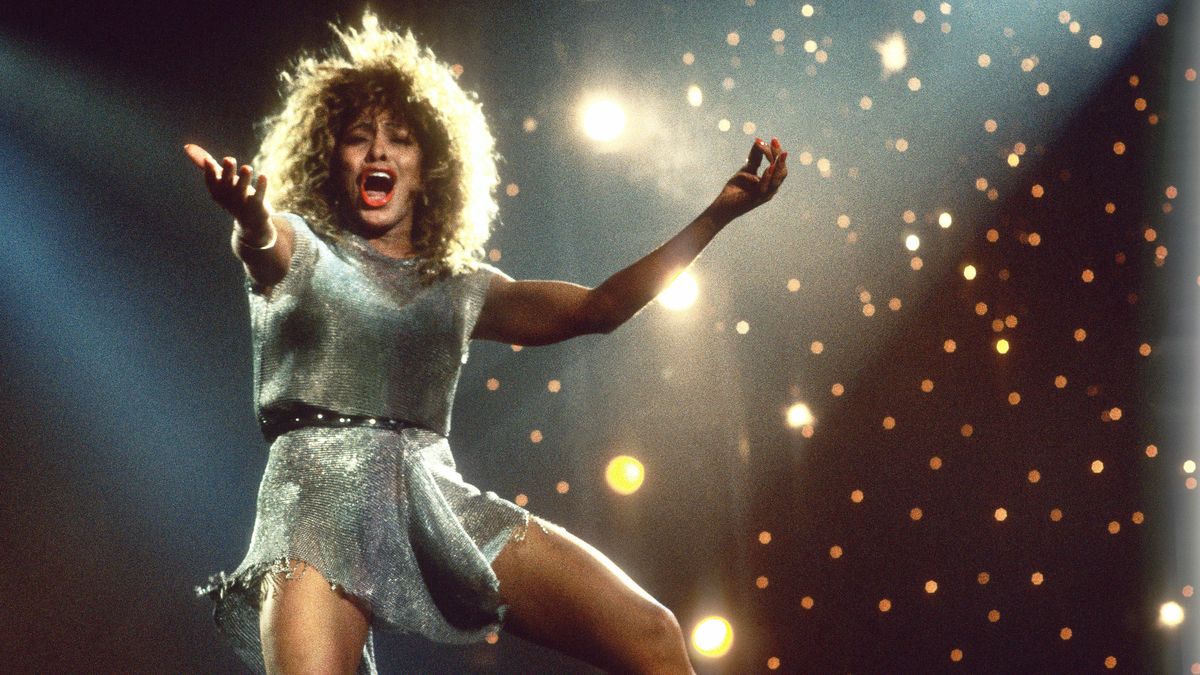 In the spoken introduction to their hit “Proud Mary,” Tina Turner promises audiences that at first, she and then-husband, Ike Turner, will take things “nice and easy” with the song, but promises the ending will be “rough.” A promise the singer delivered on time after time for decades, with the song becoming indelibly linked to the performer born Anna Mae Bullock in Nutbush, Tennessee, in 1939.

The song was written by the frontman for Creedence Clearwater Revival

While many still only associate “Proud Mary” with Tina’s rasping growl and horn-packed 1970s arrangement, the song was actually written by Creedence Clearwater Revival frontman John Fogerty on the day he received his discharge papers from the army in 1967. In a celebratory mood, he began strumming the guitar and his blues-rock anthem was born.

“’Left a good job in the city’ and then several good lines came out of me immediately. I had the chord changes, the minor chord where it says, ‘Big wheel keep on turnin’/Proud Mary keep on burnin,’” Fogerty recalls in Bad Moon Rising: The Unofficial History of Creedence Clearwater Revival by Hank Bordowitz. “By the time I hit ‘Rolling, rolling, rolling on the river,’ I knew I had written my best song. It vibrated inside me.” Released in early 1969, the song peaked at No. 2 on the Billboard Hot 100 chart.

Leaving a steady but low-earning job behind, the subject of “Proud Mary” bids farewell to the city and hitches a ride on a “riverboat queen” where the people “are happy to give” even “if you got no money.” The song portrays a new life available on the river; the promise of like-minded camaraderie and the chance for rebirth as an individual whose life exists on the ever-moving river. 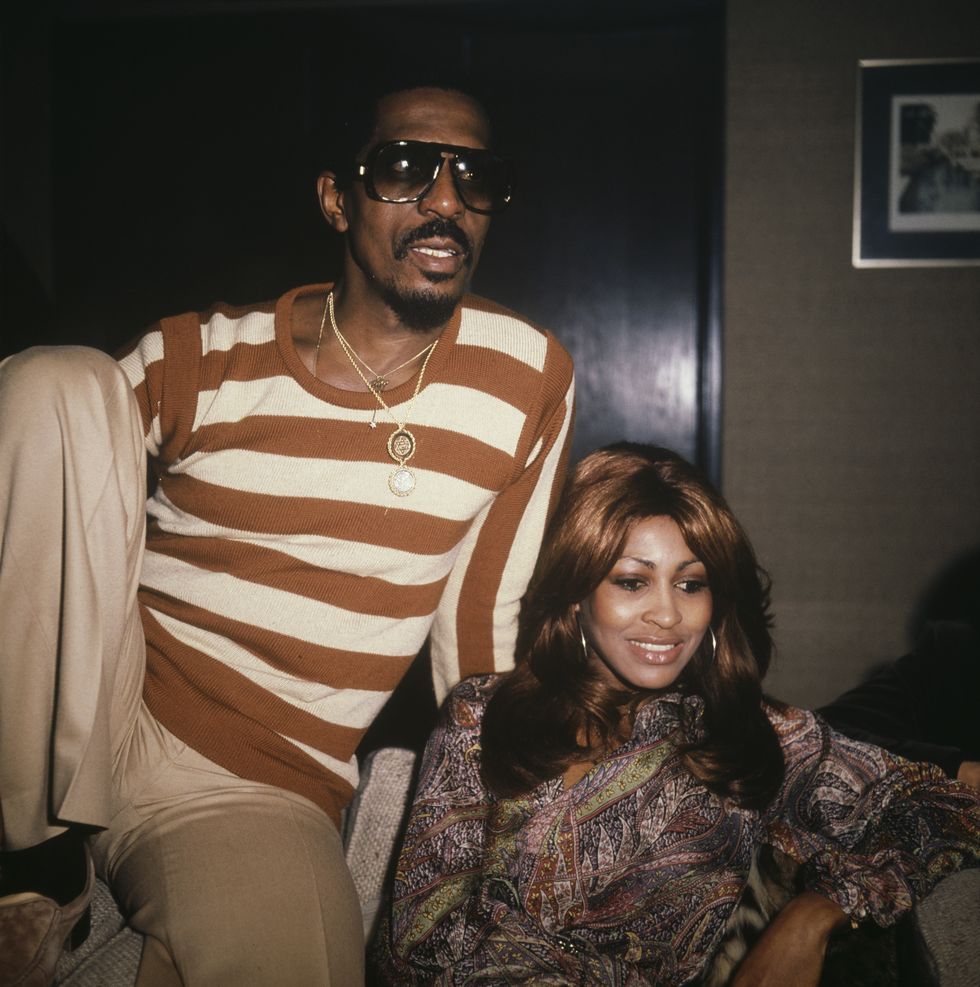 Ike and Tina began covering “Proud Mary” on stage, reimagining the song Tina had loved since first hearing it on the radio in 1969. Tina and Ike’s rendition blew up Fogerty’s original arrangement in favor of a grittier, funkier version perfectly matched to Tina’s earthy then soaring vocals.

As an opening act for the Rolling Stones in Europe and again for the band’s 1969 U.S. tour, Ike and Tina discovered first-hand the instant appeal their cover versions of songs such as “Proud Mary,” the Beatles’ “Come Together” and the Stones’ “Honky Tonk Women” had for audiences.

Released in 1971, Ike and Tina’s “Proud Mary” rendition was the second single from their album Workin’ Together (1970). That it was ever recorded and included on the LP was fortuitous. While cutting the album, the duo was still in need of more songs when Tina suggested recording a few things they were currently enjoying success with on stage.

“And that’s how ‘Proud Mary’ came about,” Tina told Rolling Stone in 1971, recounting how hearing an earlier audition performance of the song lead them to reconsider the recent hit. “Ike said, ‘You know, I forgot all about that tune.’ And I said let’s do it, but let’s change it. So in the car Ike plays the guitar, we just sort of jam. And we just sort of broke into the black version of it.” 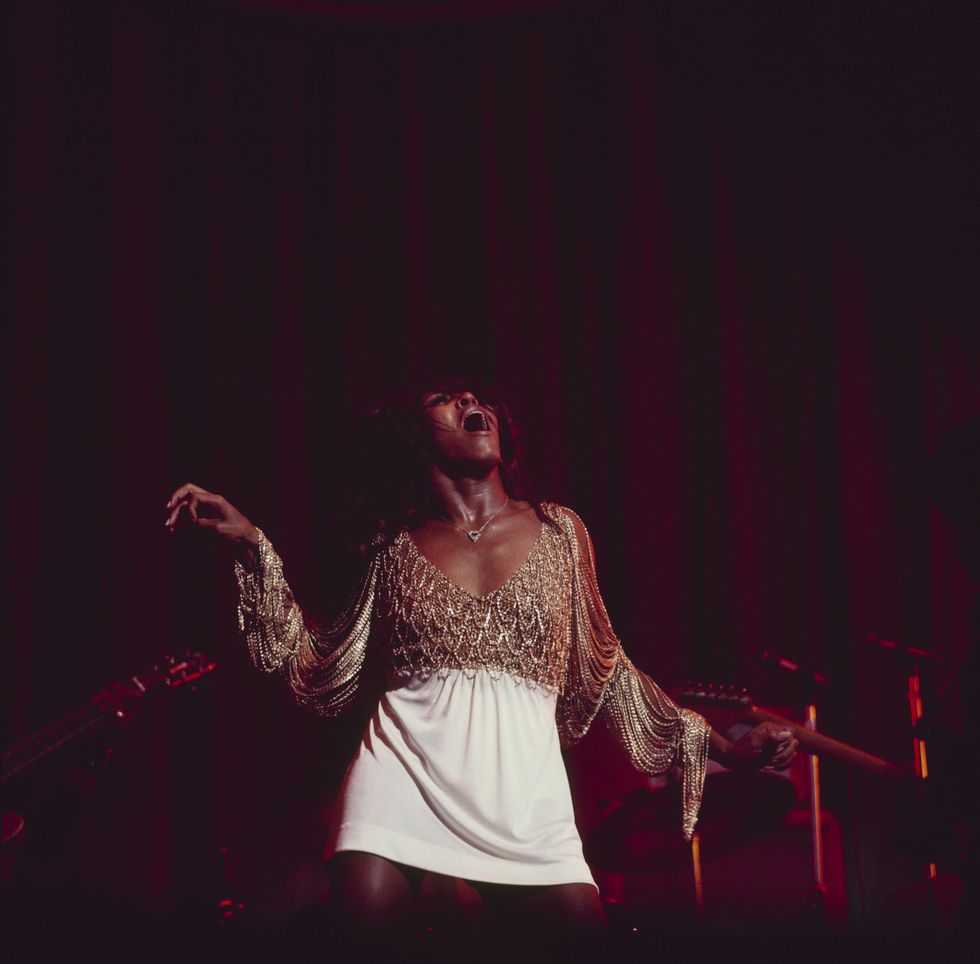 After the success of "Proud Mary," the relationship between Tina and Ike deteriorated

Ike and Tina’s “Proud Mary” would sell more than a million copies, reach No. 4 on the Billboard Hot 100 and No. 5 on the R&B chart in 1971, a mere two years after the Creedence Clearwater Revival original charted. Backed by the hip-swiveling back-up singers the Ikettes, the song became a staple of their live shows and earned the Grammy Award for Best R&B Vocal Performance by a Group in 1972.

Its success would embolden Tina to write the semi-autobiographical “Nutbush City Limits” (1973), one of the final hits Ike and Tina — who had been together since the late 1950s — would have as a performing duo. By the time “Proud Mary” had charted, Ike’s substance abuse problems had increased, as had his use of physical violence towards his wife.

In 1976, shortly after getting into a physical altercation while en route to a Dallas hotel, Tina fled her abusive situation. The mother of four hid at a friend’s house before she began slowly rebuilding a new life with nothing but her performing name as collateral. Their divorce was finalized in 1978 and Tina would never again meet publicly with Ike, who died in 2007 from a cocaine overdose at age 76. 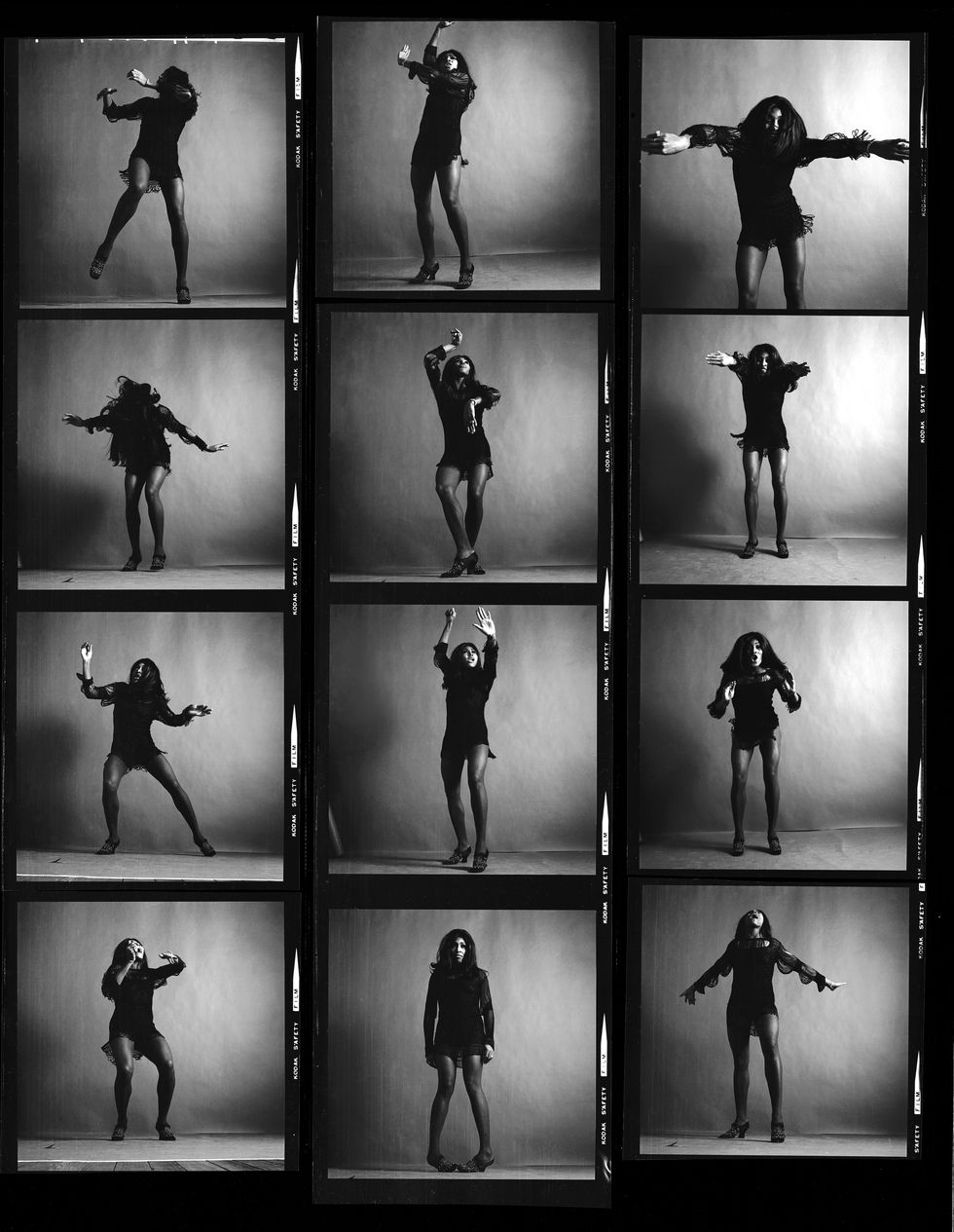 Tina went on to have a hit solo career

Throughout the late seventies and early eighties Tina performed small clubs and hotels as she created a new professional and personal life. Her cover of Al Green’s “Let’s Stay Together” (1983) was an unexpected hit and led to the recording and release of the album Private Dancer (1984), which contained the eponymous track as well as “What’s Love Got to Do With It.” The album was certified Platinum five times in the United States and has sold more than 10 million copies worldwide.

No longer a nostalgia act trading solely on past hits, Tina became a global phenomenon, packing arenas and stadiums with fans new and old who came to respect her ongoing personal journey as much as her evolving musical prowess. But the songs of her past were as much a cherished part of Tina’s onstage work as ever before, mixing covers such as “Proud Mary” in amongst her latest hits.

“Proud Mary” would become a staple of her live shows — often the penultimate song prior to encores — up to and including her farewell tour which culminated in a final live bow at the U.K.’s Sheffield Arena on May 5, 2009.

What the song represents to Tina no doubt has changed depending on time and circumstance, but “Proud Mary” has remained a visceral connection to her five-decade-spanning career and its influence on musical stars of today continues to endure. Beyoncé performed the classic track in 2005 when Tina was recognized at the Kennedy Center Honors in Washington, D.C. “I’ll never forget the first time I saw you perform,” Beyoncé said in her speech as she gazed up at Tina seated in the balcony. “I’d never in my life seen a woman so powerful, so fearless, so fabulous.”

In 2020, Tina was asked by Haute Living magazine to play a word association game, saying what came to mind when she was reminded of her hit song titles. “The Best” was all about “the power of authenticity.” “Private Dancer” related to “dreams come true.” And “Proud Mary”? Tina only had one word for the song that has been a constant almost her entire life: “Freedom.”