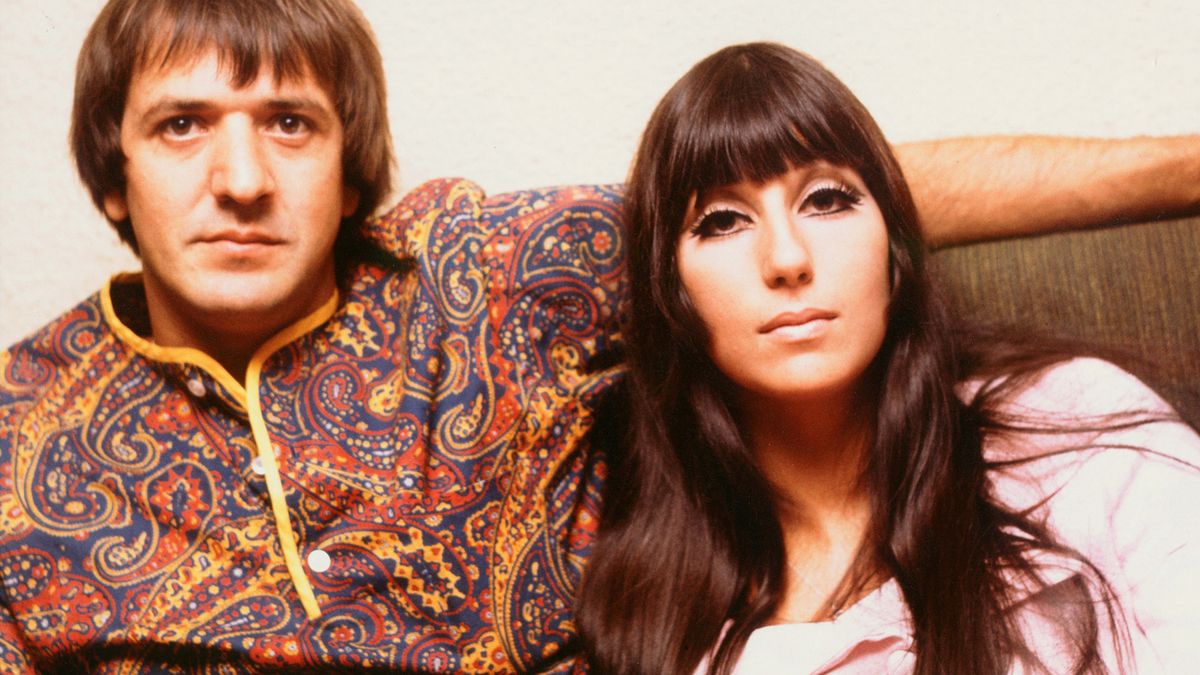 Cher and Sonny Bono, who found fame singing "I Got You Babe" to each other in 1965, are one of the 20th century's most iconic couples. However, their relationship was uniquely complicated. Not only was Cher just 16 when they met, nearly 12 years younger than Sonny, but their family life also became inextricably entwined with their careers. And even after their divorce, they shared a powerful history that Cher honored following Sonny's death in 1998.

When Cher and Sonny first met in 1963, she was 16, while he was 27 and married (he and his first wife were separated). At the time, Sonny was interested Cher's friend, not her. But from the beginning, they had a connection. "Everyone just disappeared," when she first laid eyes on Sonny, Cher told Elle in 2018. "He was the most unusual person I’d ever seen."

Though they weren't romantically involved, Cher was soon living with Sonny. He'd moved into a nearby apartment at the moment she was kicked out by her roommates, and he said she could stay with him if she'd clean the place. Reluctant to return home, Cher agreed to do so — though she never actually tackled household chores.

According to Cher, Sonny said he wasn't attracted to her when she first moved in. Yet in time, their relationship shifted from platonic to romantic. Cher, who'd been abandoned by her father, said in 1975, "It wasn’t a fiery, sexy thing with us, but rather paternal, like we were bound together, two people who needed each other, almost for protection." In a 1977 interview, Sonny stated that Cher "really wanted to be protected."

Cher's mother also felt her daughter's father issues played a role in the relationship. "[I]t's strange," she told Ladies' Home Journal in 1975, "but at that time Sonny was the spitting image of her father, Johnny Sarkisian. I think the father image had a great deal to do with Cher’s feelings, but I didn’t think it would have helped it I’d told that to Cher. When a girl is as much in love with a man as she was, not much can be done about it."

Their romantic relationship and career took off at the same time

Thanks to Sonny's work for Phil Spector, Cher got gigs as a backup singer on Spector-produced hits like "You've Lost That Lovin' Feelin'" and "Be My Baby." Sonny felt Cher could succeed as a singer on her own. But due to her nerves, he started performing with her to make her more comfortable.

After a few detours, including time as a duo called Caesar and Cleo, the pair became stars with "I Got You Babe" in 1965. The song had been written by Sonny, and he continued to oversee their career as they produced other hits, including 1967's "The Beat Goes On." Cher told Billboard in 2017, "I knew what I wanted to do, but I never would’ve gotten there without Sonny."

Cher and Sonny's personal relationship had continued as they sought and found stardom. They had a faux "marriage ceremony" in 1964 (they would officially tie the knot in 1969). As in their career, Cher was happy to let Sonny take the lead in their personal lives. Looking back in 2010, she said, "I had such a hero worship of Sonny, long after we were together. I just thought he was great."

By the end of the 1960s, Cher and Sonny's music career had stalled out as public tastes shifted. And Sonny's decision to self-finance Chastity (1969), a movie starring Cher, left them broke after the film flopped. The couple had a child in 1969 (Chastity Bono, assigned female at birth, who later transitioned to male and became known as Chaz Bono), but this relationship milestone made it all the more important to jumpstart their career. 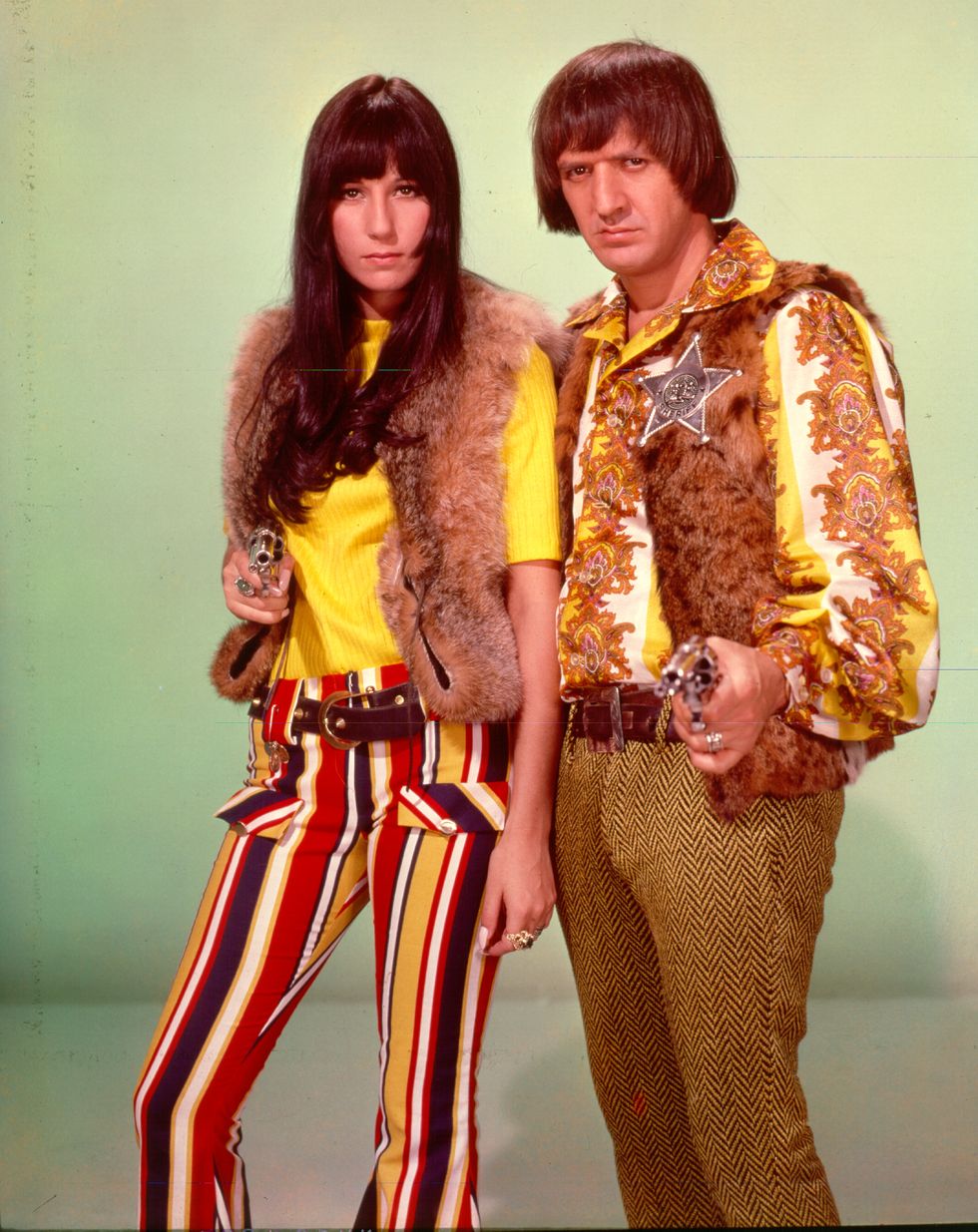 Sonny and Cher point guns toward the camera as they pose for a portrait in circa 1968.
Photo: Michael Ochs Archives/Getty Images

Their marriage began to fall apart, but they stayed married for the sake of 'The Sonny & Cher Comedy Hour'

Cher and Sonny started a lounge act, during which their onstage banter evolved into Cher delivering perfectly deadpan put-downs to, and about, her husband. They became popular enough to land a TV show in 1971: The Sonny & Cher Comedy Hour. It was a huge hit, with their family relationship — including appearances by their daughter, Chastity — a centerpiece of the series. Underlining this closeness was Cher and Sonny singing "I Got You Babe" to each other at the end of each episode.

Though their careers had been reborn, their personal life was in trouble. Sonny wasn't faithful to Cher, who once remarked, "One woman, or even five, was not enough for him." Their relationship dynamics had also become problematic for her. In 1975, she explained, "One of the things I originally found so attractive about Sonny was that he really believed women should be taken care of. Eventually, it got to the point of driving me crazy."

In 1972, Cher told Sonny she was involved with a guitarist in their band. Yet the revelation didn't end their marriage — as their careers were tied up with the idea of "Sonny and Cher" as a couple, it was hard to divorce. Instead, they stayed married, but found different new partners, with some joining the couple at their mansion.

In a diary entry from August 21, 1973, Sonny wrote, "Connie and I live together as husband and wife. But my public wife is still Cher in order to maintain all the things I want right now. That’s the way it has to be." This didn't seem to faze Cher, who has said, "We had a weird relationship. I don’t expect anybody to understand it."

Yet the marriage facade couldn't last forever. Sonny filed for separation in February 1974, then Cher demanded a divorce, calling their marriage "involuntary servitude." In the process of breaking up, Cher had discovered that Cher Enterprises, the corporation formed by Sonny, was 95 percent owned by her husband, with the remaining five percent held by their lawyer.

Trusting her husband, Cher had also signed a restrictive contract that meant she couldn't take jobs without Sonny. Now she wanted out of this agreement. In the end, the two came to a deal for Cher to participate in more than a million dollars worth of shows and appearances with Sonny in order to leave her contract.

Cher and Sonny's divorce was finalized on June 26, 1975. A few days later she married Gregg Allman of The Allman Brothers Band (though that marriage almost immediately had its own problems). After separate TV shows failed for both Cher and Sonny, they again worked together on The Sonny and Cher Show, but the magic was gone and the show didn't last. 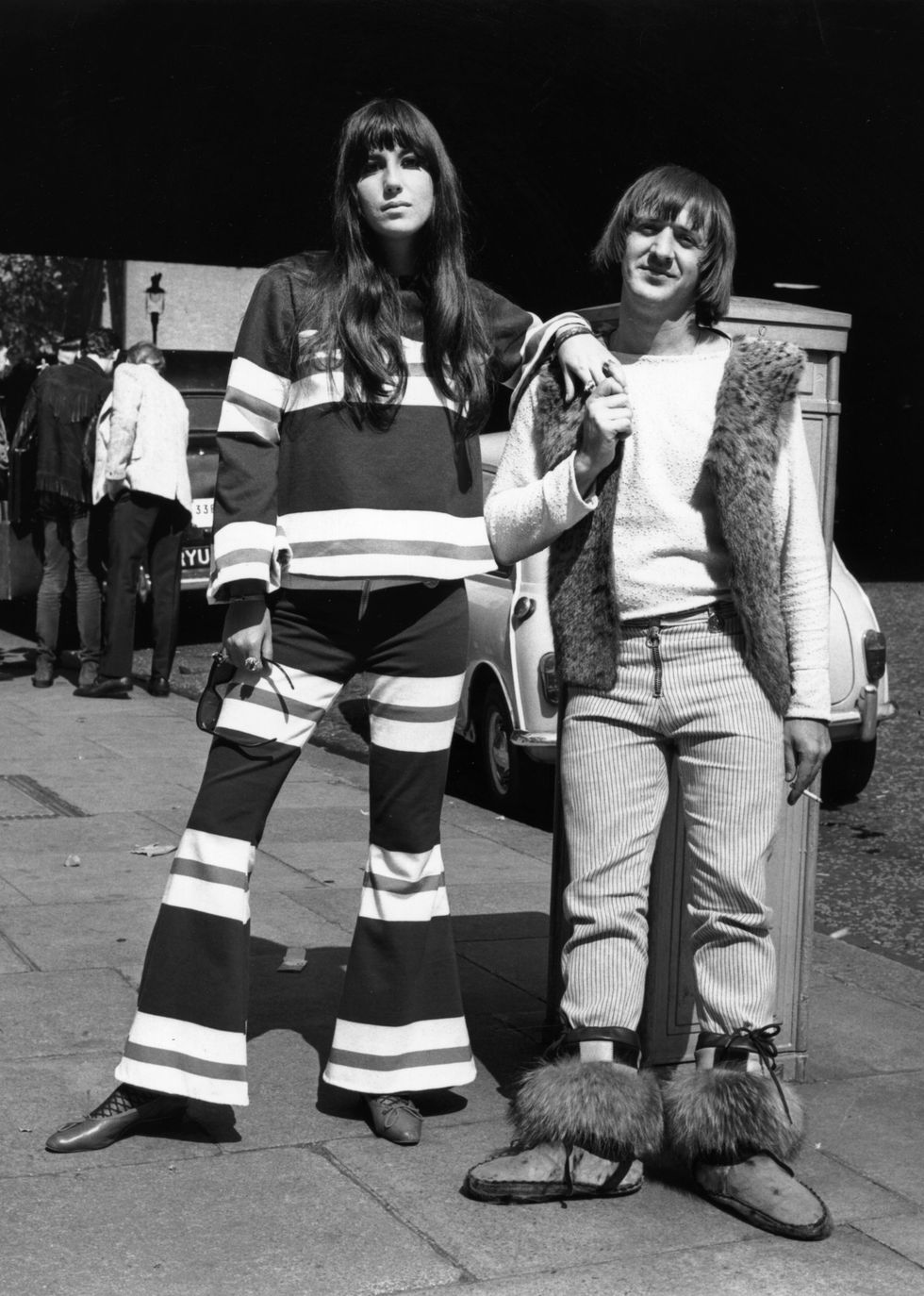 Sonny and Cher in Northumberland Avenue, London after making a recording for the BBC at the Playhouse Theatre. They were turned away from the Hilton Hotel by the management because of their appearance.
Photo: Fred Mott/Getty Images

Sometimes they regretted splitting up, but not always

Cher struggled to find her footing after divorcing Sonny. She said in a 2017 interview, "He had made every decision for me. I knew how to sing and how to be a mother. I didn’t know anything else." But she remained a star and added an impressive career in acting to her resumé. Sonny decided to become a restaurateur (Cher attended his restaurant opening in 1983) before turning to politics.

At times both seemed to regret their break-up. "I enjoyed the power of Sonny and Cher so much," he revealed to People magazine in 1991. "That took years and years to let go." In 2010, Cher confided to Vanity Fair that she'd felt Sonny was "treating me more like the golden goose than like his wife." She also said, "If he had agreed to just disband Cher Enterprises and start all over again, I would have never ever left. Just split it down the middle, 50–50."

Despite sharing a child, Cher and Sonny often sniped at each other in public after splitting up. If asked about the time she'd been happiest, Cher would often say, "When I left Sonny." Sonny felt Cher "played the part of a victim." Yet they reunited for an emotional rendition of "I Got You Babe" on Late Night with David Letterman in 1987. And Cher once clarified, "Even if we don’t say nice things about each other, it doesn’t mean anything. I know Sonny too well."

Cher was devastated when she learned Sonny had died in a skiing accident on January 5, 1998. She spent days drafting a eulogy she hoped would "repair all the damage and misconceptions about Sonny." Her moving words at his January 9 funeral touched on their history and connection. She ended by saying, "When I was a young there was this section in Reader's Digest called 'The Most Unforgettable Character I Ever Met. No matter how old I get, no matter how many people I meet, that person will always be Son for me."

Since then, Cher has admitted that Sonny's death was a shock. "I never expected him not to be there." She's also contacted a medium who assured her of Sonny's love. And she's stated, "I wouldn’t be surprised if he’s up there taking care of me. He did a good job of looking after me in the sixties and I’m quite happy for him to do it again." 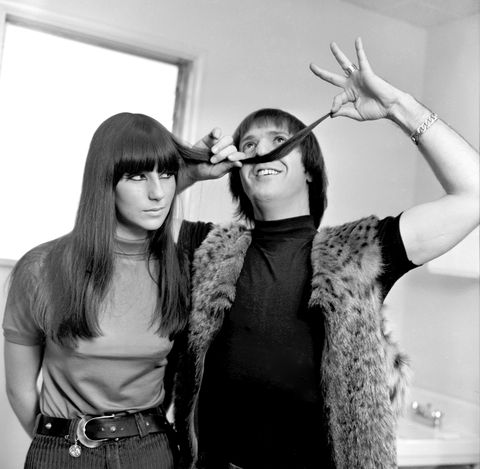