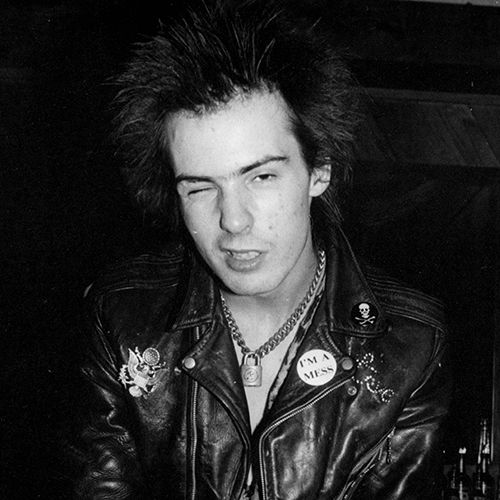 Who Was Sid Vicious?

As a high school dropout, Sid Vicious' "punk" look captured the eye of Malcom McLaren, creator of the Sex Pistols. After the band broke up in 1978, Vicious holed up in New York's Chelsea Hotel with his girlfriend Nancy Spungen. Their relationship was full of ups and downs, leading to the eventual mysterious murder of Spungen. Not long after, on February 2, 1979, Vicious was found dead in New York City.

Musician and singer Vicious was born John Simon Ritchie on May 10, 1957, in London, England. One of the most mythic figures of the 1970s punk explosion, Sid Vicious became famous for his edgy, rebellious persona and his self-destructive tendencies. As a teenager, he floundered, dropping out of school. Hanging around London, he was one of the many disaffected youth to embrace the punk spirit of anarchy and rebellion.

With his spiky hair, disheveled appearance, and bad attitude, Vicious was considered the ideal person to join the leading punk group, the Sex Pistols. He was brought in by the band's manager, Malcolm McLaren, to replace original bassist Glen Matlock in 1977, even though he didn't even know how to play the instrument.

McLaren had created the Sex Pistols in 1975. One of the leading forces in punk music, the band played fast-paced short songs, expressing angst and frustration about the social and political conditions of the time. Unlike music acts from previous generations, the group had no interest in producing hit records or pleasing anyone other than themselves. Even before Vicious joined, the Sex Pistols were known for causing quite a stir. During a live television interview in 1976, they spewed so many profanities that they were soon dropped by their record company.

Vicious was on board, however, for some of the group's biggest sensations. On the single "God Save the Queen," singer John Rotten (the stage name of John Lyndon) insulted Queen Elizabeth II, saying that she "ain't no human being" and had a "fascist regime." This upset many Britons, especially since 1977 was Queen's Jubilee, the celebration of her 25 years as the reigning monarch. As a result, the band was physically attacked several times and unable to find places to play in the United Kingdom.

Still The Sex Pistols managed to sell a lot of records, especially considering the single was banned and many retailers refused to sell the resulting album, Never Mind the Bollocks, Here's the Sex Pistols. There was no denying that they struck a chord with punk music fans.

That same year, Vicious met an American woman named Nancy Spungen. The two became inseparable. She accompanied him on the Sex Pistols' brief tour of the United States in early 1978. The group only played eight concerts together before the band fell apart. The dissolution of the Sex Pistols was fed, in part, by escalating drug use and personal conflicts, including tension between Spungen and Vicious's bandmates. It has been reported that Rotten encouraged Vicious to break off his relationship to Spungen.

After the break-up of the Sex Pistols, Vicious and Spungen spent time in London before moving to New York City. They stayed at the Chelsea Hotel, home to many artists, writers, and musicians over the years. Spungen took over as Vicious's manager and got him a few gigs, but his performances were lackluster as he was strung out on drugs at the time. The two tried to get clean briefly, but they soon spent most of their time feeding their drug habit, which included heroin, barbiturates, and a synthetic form of morphine. 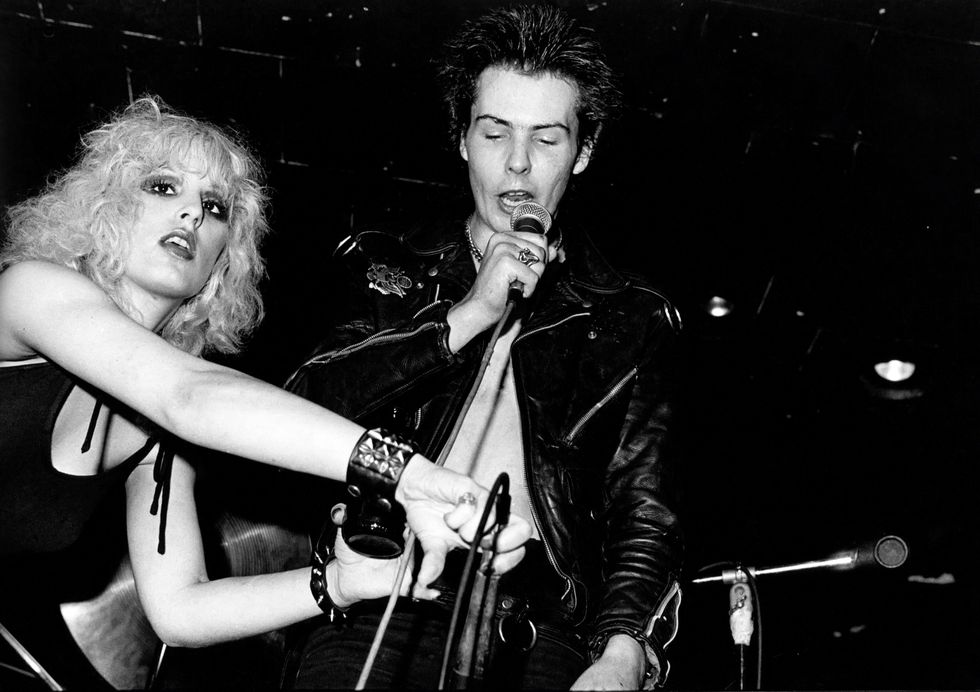 Sometime during the early hours of October 12, 1978, the couple's downward spiral reached a tragic end. Spungen was found dead on the bathroom floor in their room at the Chelsea Hotel. She had been stabbed with a knife she had given Vicious as a present. Vicious was later found in the hallway in a complete drug-induced fog. He alternated between saying that he couldn't remember what happened and confessing that he killed her. Vicious was charged with second-degree murder.

A few days later, Vicious was released on bail, using money put up by his record company. Despondent over Spungen's death, he tried to commit suicide after leaving jail. After a fight in a New York City club, Vicious was locked up again. He spent seven weeks in the prison on Riker's Island.

On February 1, 1979, Vicious was released. He celebrated his newfound freedom with a party at the home of actress Michelle Robinson. Sometime that evening, Vicious returned to using heroin. The next morning he was found dead of a drug overdose.

His sudden death only fueled his legacy as a punk rock icon. His twisted love affair with Spungen was the inspiration for the 1986 film Sid and Nancy, starring actor Gary Oldman as Vicious.