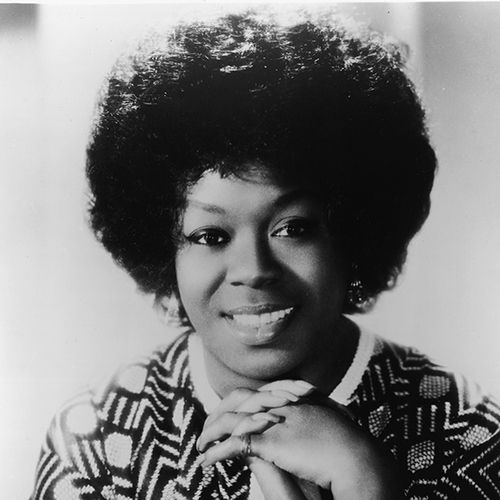 Who Was Sarah Vaughan?

Jazz singer Sarah Vaughan grew up with a love of music and performing. Winning a talent competition held at Harlem's Apollo Theater launched her singing career. She worked with bandleaders Earl Hines and Billy Eckstine before becoming a successful solo performer who commingled pop and jazz. At age 66, Vaughan died in Hidden Hills, California, on April 3, 1990.

Sarah Lois Vaughan was born in Newark, New Jersey, on March 27, 1924. Outside of their regular jobs—as a carpenter and as a laundress—her parents were also musicians. Growing up in Newark, a young Vaughan studied the piano and organ, and her voice could be heard as a soloist at Mount Zion Baptist Church.

Vaughan's first step toward becoming a professional singer was taken at a talent contest held at Harlem's Apollo Theater, where many African American music legends made their name. After being dared to enter, she won the 1942 competition with her rendition of "Body and Soul." She also caught the attention of another vocalist, Billy Eckstine, who persuaded Earl Hines to hire Vaughan to sing with his orchestra.

In 1944, Vaughan left Hines to join Eckstine's new band. Also working with Eckstine were trumpeter Dizzy Gillespie and saxophonist Charlie Parker, who introduced the group to a new form of jazz, known as bebop. An inspired Vaughan brought bebop into her singing, which can be heard in the 1945 recording of "Lover Man" that she made with Parker and Gillespie.

After performing with Eckstine's orchestra for a year, Vaughan briefly worked with John Kirby before leaving big bands behind to become a solo artist (though she often reunited with Eckstine for duets). Having already been given the nickname "Sassy" as a commentary on her onstage style, it was while striking out on her own that she was dubbed "The Divine One" by a DJ in Chicago. In the late 1940s, her popular recordings included "If You Could See Me Now" and "It's Magic."

The next decade saw Vaughan produce more pop music, though when she joined Mercury Records she also recorded jazz numbers on a subsidiary label, EmArcy. She sang hits like "Whatever Lola Wants" (1955), "Misty" (1957) and "Broken-Hearted Melody" (1959), which sold more than a million copies. Vaughan gave concerts in the United States and Europe, and her singing was also heard in films such as Disc Jockey (1951) and Basin Street Revue (1956).

After the 1950s, shifting musical tastes meant that Vaughan no longer produced huge hits. However, she remained a popular performer, particularly when she sang live. In front of an audience, her emotional, vibrato-rich delivery, three-octave vocal range and captivating scat technique were even more appealing. Though her voice took on a deeper pitch as Vaughan got older—likely due in part her smoking habit—this didn't impact the quality of her singing, as could be heard on "Send in the Clowns," a staple in her repertoire.

Vaughan's later recordings include interpretations of Beatles songs and Brazilian music. Over the years, she collaborated with people like producer Quincy Jones, pianist Oscar Peterson and conductor Michael Tilson Thomas. Vaughan won her first Grammy thanks to her work with Thomas and the Los Angeles Philharmonic on Gershwin Live! (1982).

Vaughan's final concert was given at New York's Blue Note Club in 1989. She passed away from lung cancer on April 3, 1990, at age 66, in Hidden Hills, a suburb of Los Angeles, California. Married and divorced four times, she was survived by her adopted daughter.

Throughout her career, Vaughan was recognized as a supremely gifted singer and performer. She was invited to perform at the White House and at venues like Carnegie Hall, was awarded a Lifetime Achievement Grammy in 1989 and was selected to join the Jazz Hall of Fame in 1990. She also received a star on the Hollywood Walk of Fame.