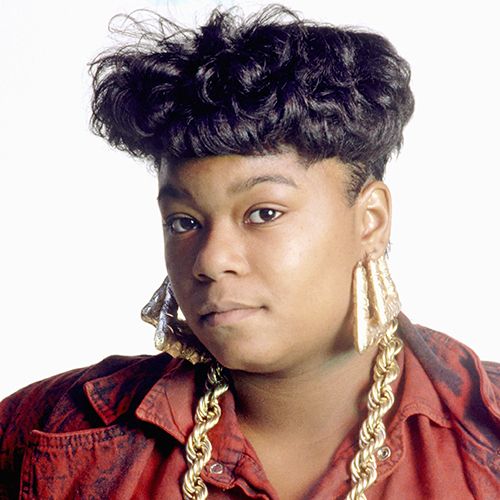 Who Is Roxanne Shante?

With her distinctive raspy-squeaky voice and fearless gloves-up delivery, Roxanne Shanté cut an idiosyncratic dash through the male-dominated world of 1980s hip hop. She was the first female rapper to have a record — and sparked the first-ever hip-hop beef, the Roxanne Wars. Shanté courted controversy in 2009 when her claim to possess an undergraduate degree and a PhD was disputed by the Slate writer Ben Scheffner.

The First Lady of Rap was born Lolita Shanté Gooden on November 9, 1969, and raised in the Queensbridge Projects — the largest public-housing development in north America and one of the epicenters of hip-hop culture. Shanté told the website Jezebel.com that her mom entered her in a local rap battle when she was just 10 years old — and Shanté won $50. "It just grew from there," she said. "I was already a great little battle rapper." Soon she was taking on all-comers on street corners — wiping the floor with older teenage boys from across the projects.

In 1984 when Shanté was 15, her neighbor Marlon Williams — aka producer Marley Marl — asked her to rhyme over a track he was making using the beats from an early hip-hop record, Roxanne Roxanne by U.T.F.O. The eponymous Roxanne in the song was dissed by U.T.F.O. for spurning their advances, so Lolita Shanté Gooden rechristened herself Roxanne Shanté — and fired off a profanity-laden rhyme from the girl's point of view that mocked U.T.F.O. as lecherous losers.

The track caused a sensation on the radio, and when Marl recorded it with a new beat (to avoid legal issues) and released it as "Roxanne's Revenge," it sold 250,000 copies in New York alone.

"Roxanne's Revenge" sparked a tranche of response records — estimates range from 30 to 100. In today's terms, Roxanne became a meme. U.T.F.O. went as far as enlisting a female rap character of their own — The Real Roxanne, voiced first by the rapper Elease Jack, and later by Adelaida Martinez — to embark on a series of brutal tit-for-tat diss records with Shanté. Meanwhile Ralph Rolle called Shanté's gender into question on "Roxanne's A Man;" The Potato Chips contributed "Roxanne's Real Fat;" there was even a release by Gigolo Tony and Lace Lacey, purporting to be "The Parents of Roxanne."

During this time Shanté became a mother at 15 to her son, Kareem, but still found the wherewithal to fire off combative replies, including 1985's "Bite This," on which she baited Run DMC and LL Cool J. "The boldness was startling," noted the journalist Dan Wilkinson on Redbull.com.

Roxanne vs KRS One

As the only female member of Marley Marl's Juice Crew, Shanté was soon embroiled in another legendary hip hop beef — the Bridge Wars, between Queensbridge and the South Bronx, whose talisman, KRS-One of Boogie Down Productions, she dissed on "Have a Nice Day" in 1987 with "Now KRS One, you should go on vacation/With that name sounding like a wack radio station." KRS-One responded directly in rather more vulgar fashion on "The Bridge Is Over" the same year.

Shanté toured extensively through the second half of the 1980s, releasing a string of singles including, notably, "Go on Girl" in 1988, "Independent Woman" in 1990 and "Big Mama" in 1992 — on which she called out other female rappers including Queen Latifah, MC Lyte and Monie Love.

"I know I hurt a few feelings along the way, but for me that was hip hop," Shanté told the writer Rich Juzwiak in a rare interview in July 2016. "Hip hop was about being the best. In order to show you were the best, you were supposed to take on all challengers. You were supposed to make sure that anyone who came at you, you were ready, whether male or female."

Shanté released two albums on Cold Chillin' Records — Bad Sister (1989) and The Bitch Is Back — (1992) before retiring from the recording industry at age 25 and moving back to Jersey to pursue a college education.

In the summer of 2009 the New York Daily News ran an interview with Shanté in which she appeared to claim that Warner Music had reluctantly agreed to fund her education for life after she discovered a clause in her record contract that obligated the label to do so. The article stated that Shanté had subsequently obtained an undergraduate degree from Marymount Manhattan College and a PhD in psychology from Cornell University.

But an investigation by Slate writer Ben Scheffner, a former Warner Music attorney, found that neither of the educational establishments had any record of awarding Shanté these qualifications (Marymount's records said she had left before completing a semester).

Scheffner also revealed that Warner had not agreed to fund Shanté's education, not least because she never had an artist deal with the label (though Warner did have a distribution deal with Cold Chillin' records).

Shanté emailed Scheffner to explain that she attended college under an alias "because of a domestic violence situation" and although she did not substantiate this, Scheffner did not disprove it, either. Perhaps the whole truth will never be known. What is indisputable is that Roxanne Shanté is one of the greatest battle rappers of all time; that has been proven beyond all reasonable doubt.