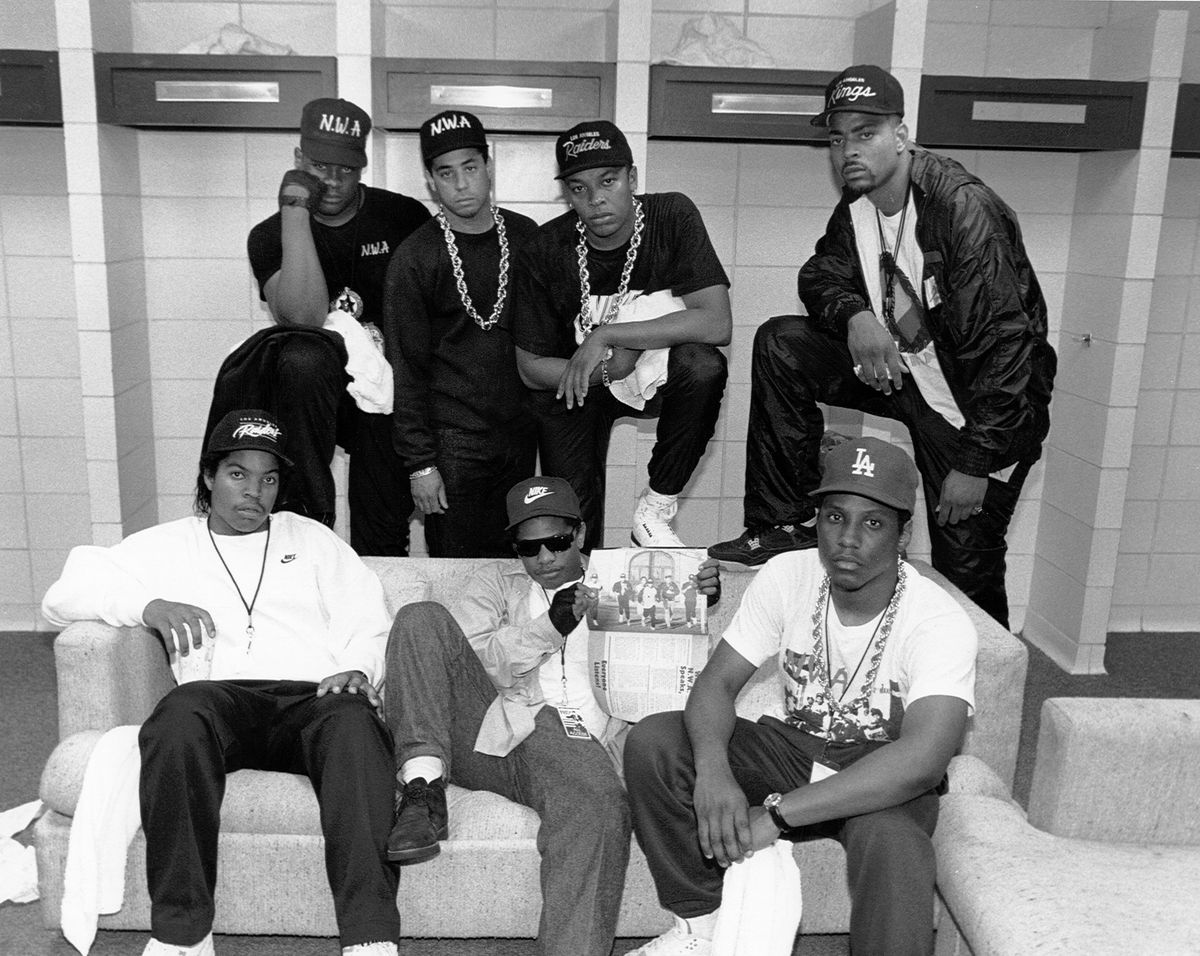 A lot has changed in the quarter-century since the world was first introduced to N.W.A. Nowadays, Ice Cube is on the late-night circuit. Dr. Dre is a tech billionaire. And Compton is being hailed as the next Brooklyn. But like in 1988, relations between the police and Black communities are as strained as ever, and the racial politics behind the “Fu*k Tha Police” from N.W.A.’s first album are still relevant today. Here’s what the Boyz in the Hood are up to these days.

Born Andre Romelle Young, Dr. Dre continued his rise to mega-stardom after N.W.A. disbanded in 1991. A successful record producer, he helped launch the careers of Snoop Dogg, Eminem and 50 Cent. But Dre became a household name in 2008 when he partnered with Monster Audio to launch his own line of headphones. And just in case the doctor wasn’t rich enough, Beats Electronic was acquired by Apple for $2.6 billion in 2014. It was Apple’s biggest acquisition to date and made Dr. Dre hip-hop’s first billionaire. His deal with the tech company was just the beginning. In 2015, he released Compton — his first album in 16 years.

O’Shea “Ice Cube” Jackson was the first member of N.W.A. to leave the group but continued writing gangsta rap well into the 1990s. The multi-talented college grad also started an illustrious film career that included Friday (1995), Three Kings (1999) and Barbershop (2002). He most recently appeared as the F-bomb dropping Captain Dickson in the 2012 film adaptation of 21 Jump Street and the 2014 follow up, 22 Jump Street.

Known as the idea man behind N.W.A., Eric Wright, a.k.a. Eazy-E was a high school dropout and drug dealer who helped launch Priority Records, the label behind N.W.A.’s debut album. After Ice Cube and Dr. Dre left the group, Eazy-E had a brief career in the music business and fathered seven children with six different women. In 1995, he was admitted to a hospital for what appeared to be asthma, but died 11 days later from complications stemming from AIDS.

Like Ice Cube, Antoine “DJ Yella” Carraby also dabbled in film. Unlike Ice Cube, however, DJ Yella’s genre of choice was adult films. When recently asked in an interview about it, he replied: “Oh yeah, I did that for over 12 years. Apart from the directing, which my buddy did, I did all of it—the filming, the editing and the pictures. I jumped in like I did with a record—you know, when I did records I did everything. And I shot about 300 movies. It was fun!”

MC Ren released his first solo record in 1992, working with Eazy-E. The album went platinum. He released two more with limited success. In 2004, he produced and starred in the straight-to-DVD film, Lost in the Game. MC Ren worked as a consultant on the new biopic but unleashed social media fury when he was left out of the film’s trailer.